Bloomberg European HQ, located in London, is designed by Foster + Partners. The 3.2-acre site comprises two buildings, with a total area of 102000 sqm, united by bridges that span over a pedestrian arcade. Bloomberg Arcade is now a key route for people moving around the City, with restaurants and cafes at ground level. Three public plazas, located at each end of the arcade and in front of the building’s entrance, provide new civic spaces. 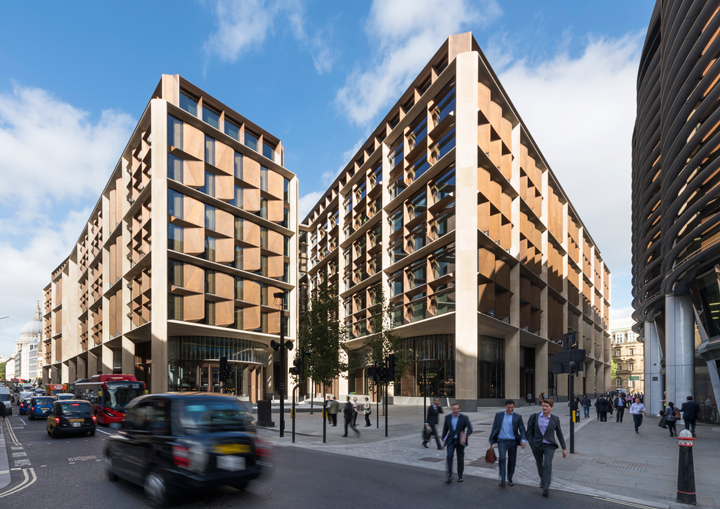 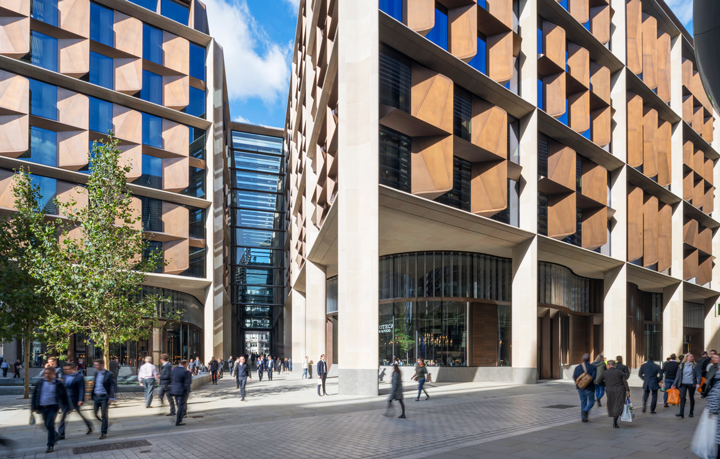 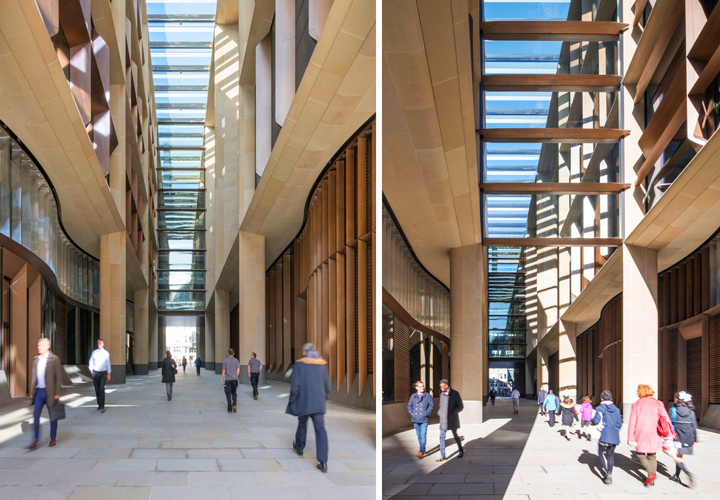 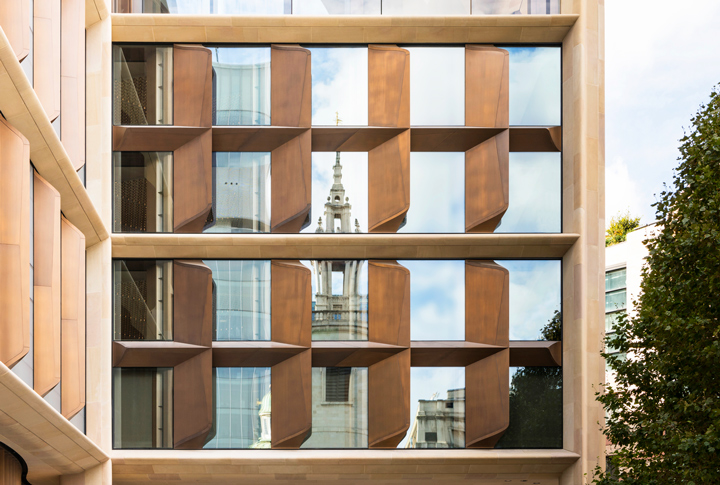 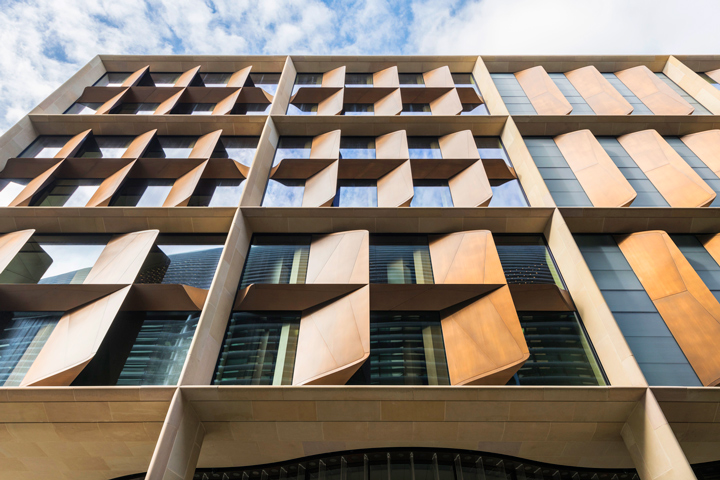 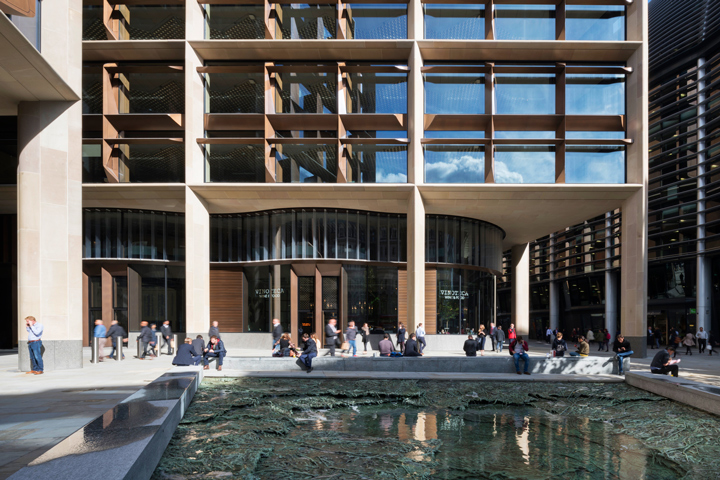 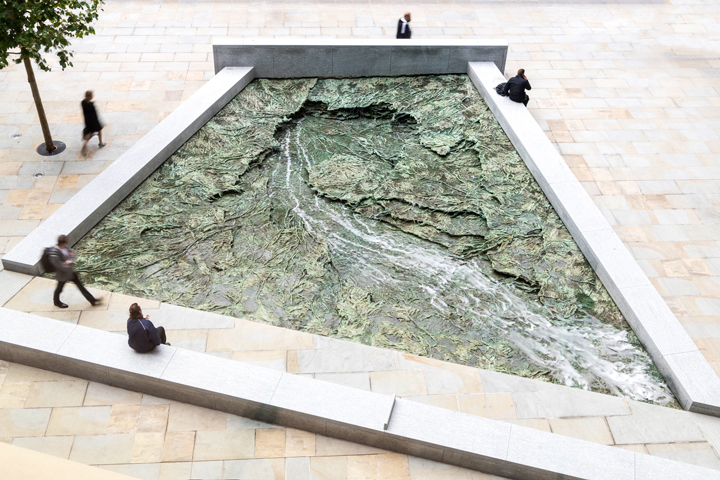 The double-height ‘pantry’ on the sixth floor is the heart of the building, reflecting the importance of sharing and collaboration at the company. Everyone passes through this animated space, increasing the likelihood of chance meetings and informal discussions.

Its striking façade is defined by a structural sandstone frame, with a series of large-scale bronze fins that shade the floor-to-ceiling glazing. The fins give the building a visual hierarchy and rhythm while being an integral part of the building’s natural ventilation system. 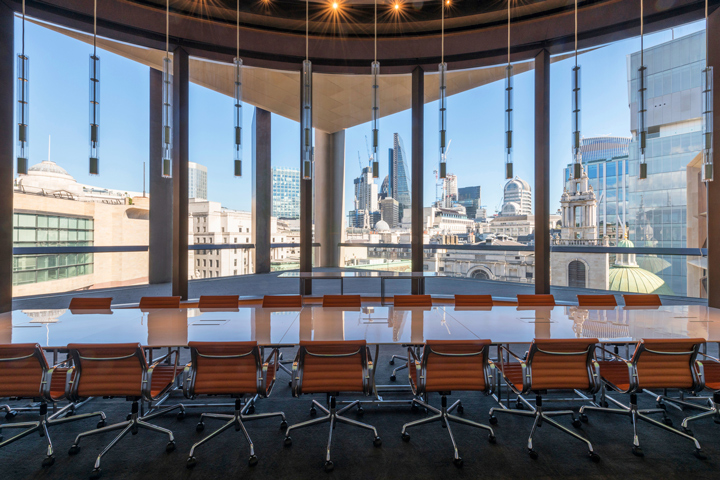 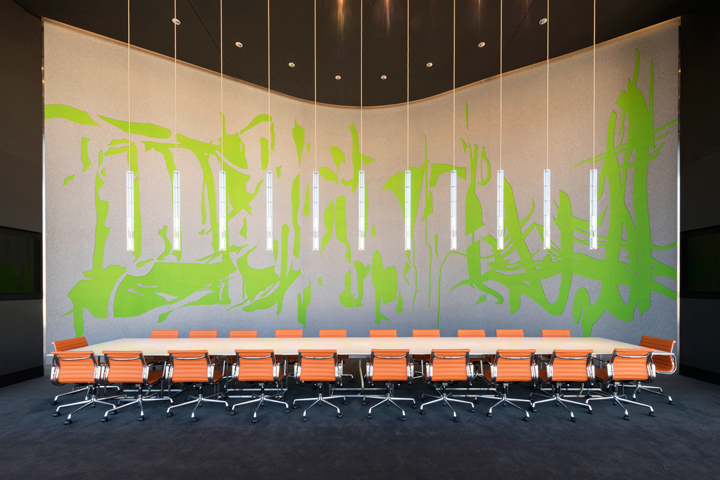 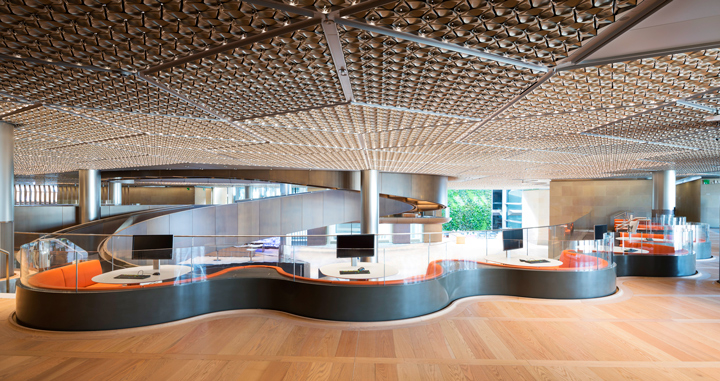 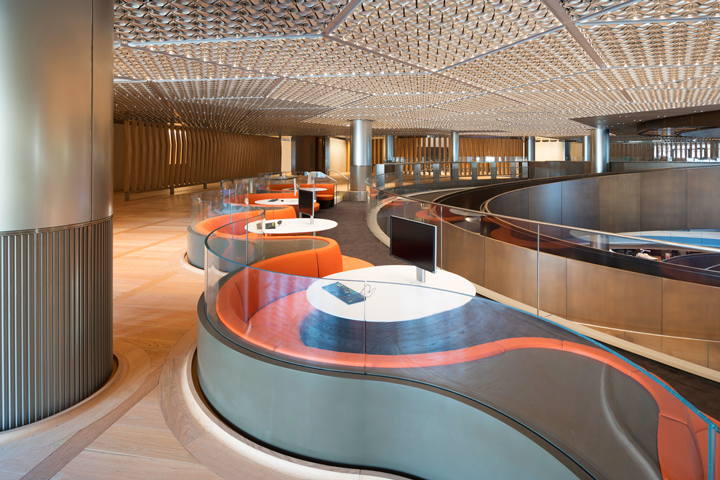 Art plays a central role in the project. Cristina Iglesias’ water sculpture in three parts, ‘Forgotten Streams’ – a homage to the ancient Walbrook River that once flowed through the site – defines the public spaces at each end of Bloomberg Arcade. 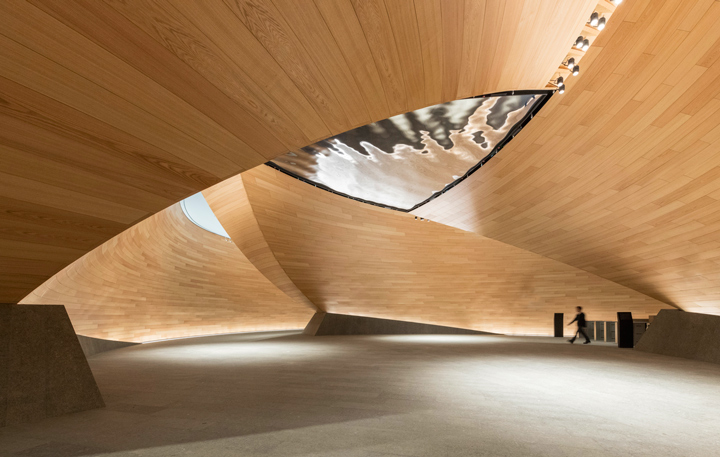 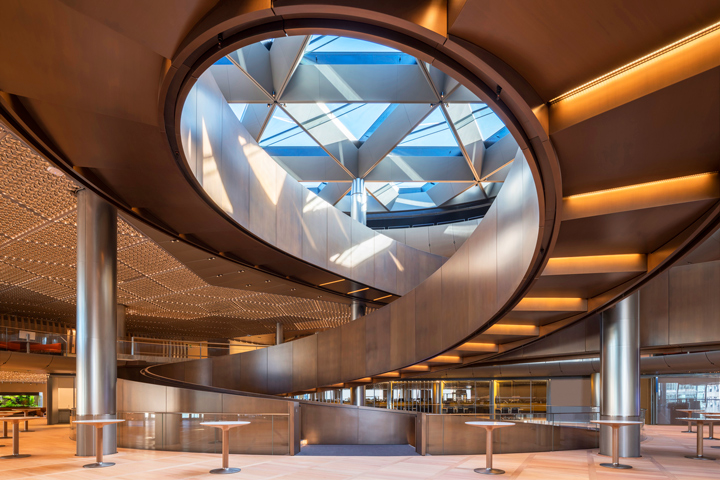 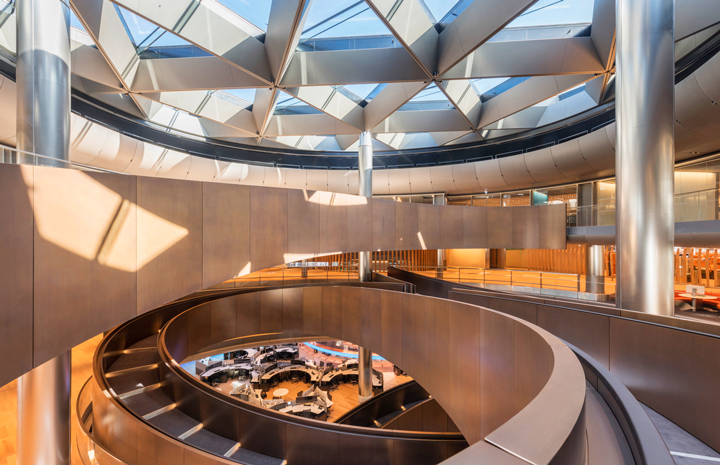 The Bloomberg HQ project, credited as the world’s most sustainable office, has won the 2018 RIBA Stirling Prize (the annual award that celebrates the UK’s best new architecture). 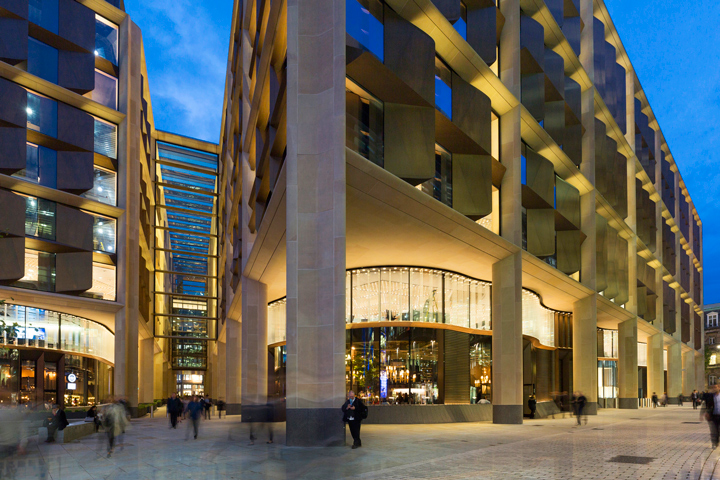 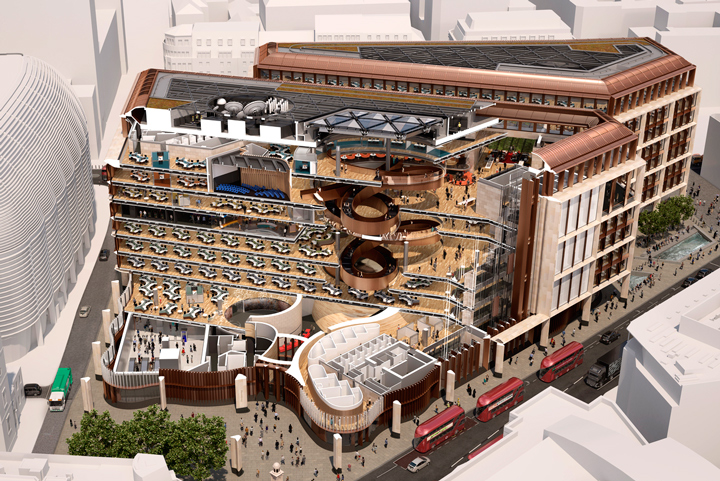