Austrian firm Delugan Meissl Associated Architects (DMAA) has completed a botanical garden complex in Taiyuan, China, featuring three domed greenhouses positioned on or alongside an artificial lake. The Taiyuan Botanical Garden occupies the site of a former coal mine in northern China, which the client wanted to transform into a landscaped park and museum. The development of gardens included the creation of an artificial landscape featuring hills, lakes, waterfalls, paths and buildings. 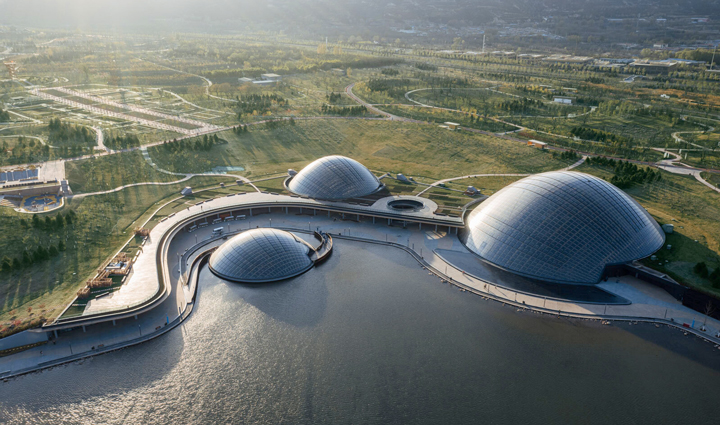 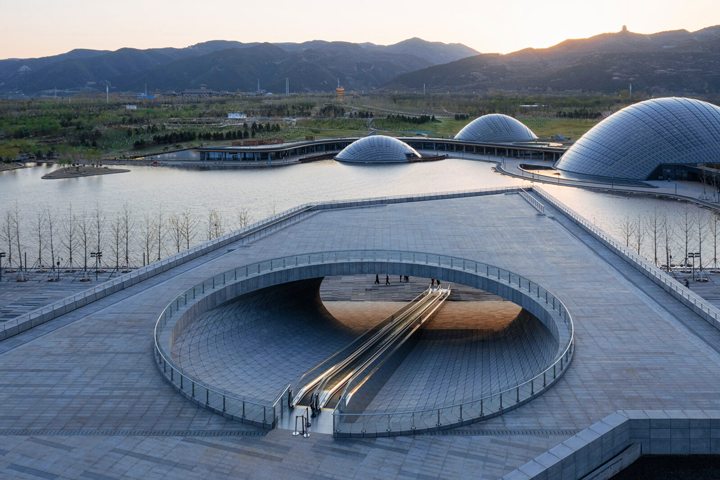 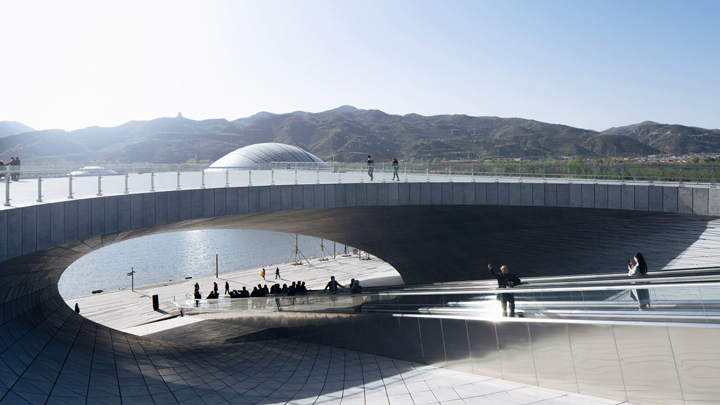 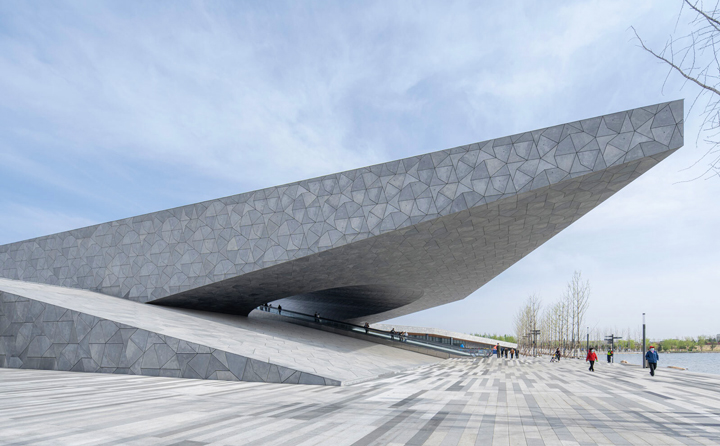 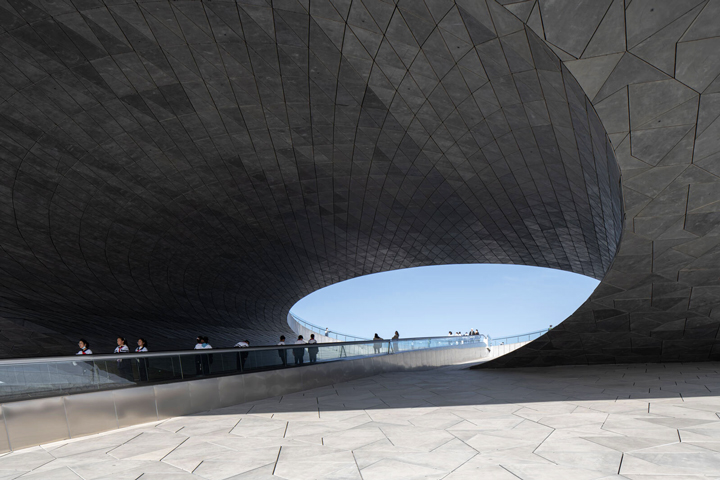 The complex includes a central entrance building with a nature museum and administration facility, three greenhouses, a restaurant, a bonsai museum and a related research center with a library and staff accommodation. The site's centerpiece is a cluster of three domed greenhouses, which were realized as three hemispherical timber lattice domes. The largest dome contains the tropical garden, while the second pavilion recreates a desert environment. The smallest dome is positioned on the lake and houses a display of aquatic plants. 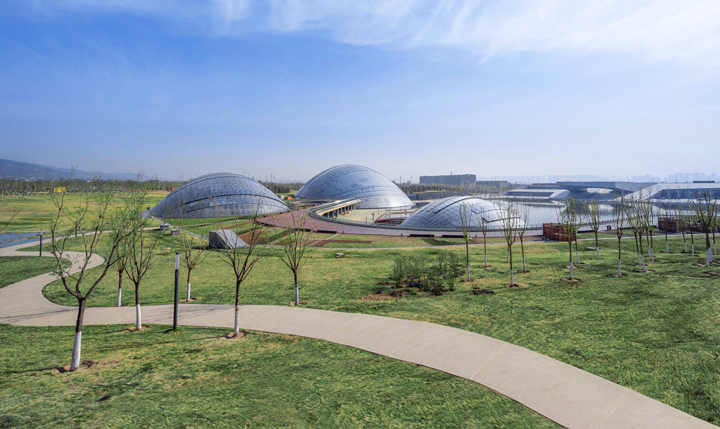 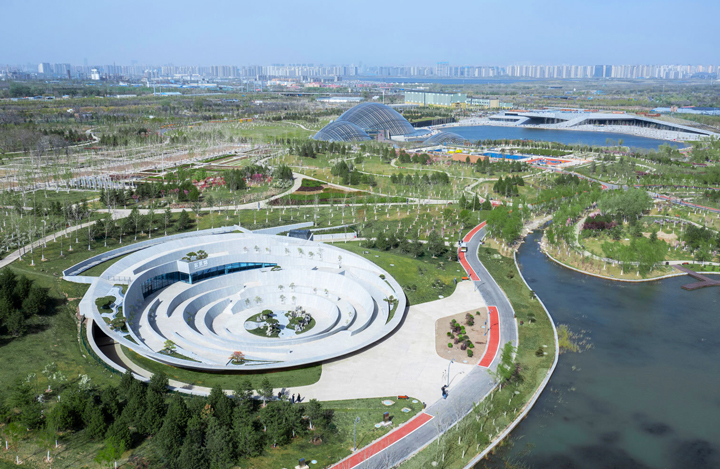 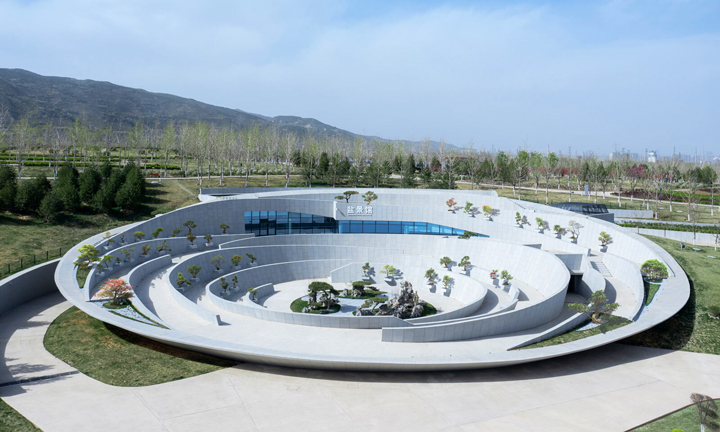 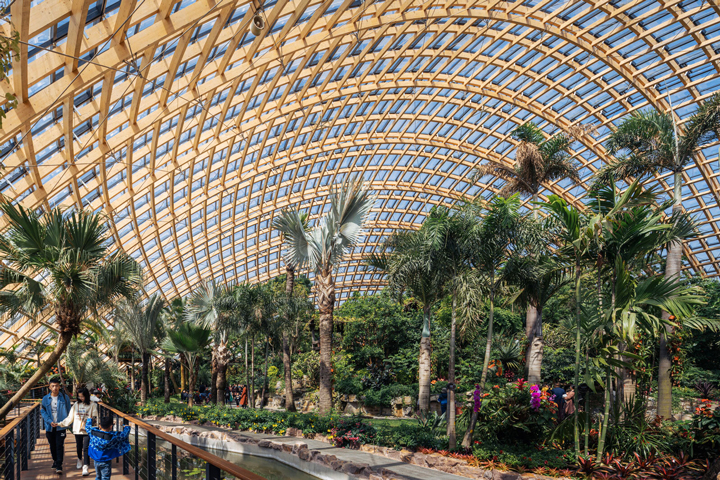 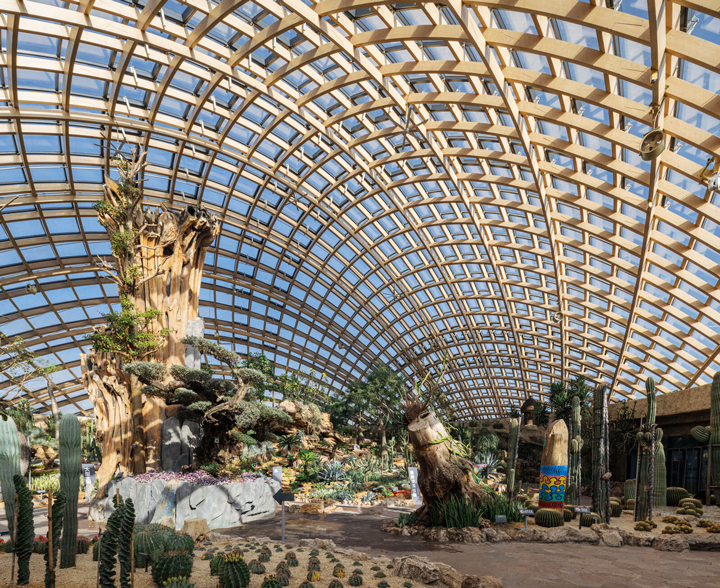 With a free span of over 90 meters, the broadest of the three domes is one of the largest such timber lattice structures worldwide. All three domes consist of double-curved laminated timber beams, which are arranged in two or three intersecting layers. The domes are glazed with double-curved panes of glass, some of which include openable windows. The greenhouses face south for maximum solar exposure throughout the year. Their timber-grid shell structures are denser on the northern side and more open on the southern side to optimize solar gain. The sculptural articulation of the overall concept is based on traditional Chinese timber roof structures. 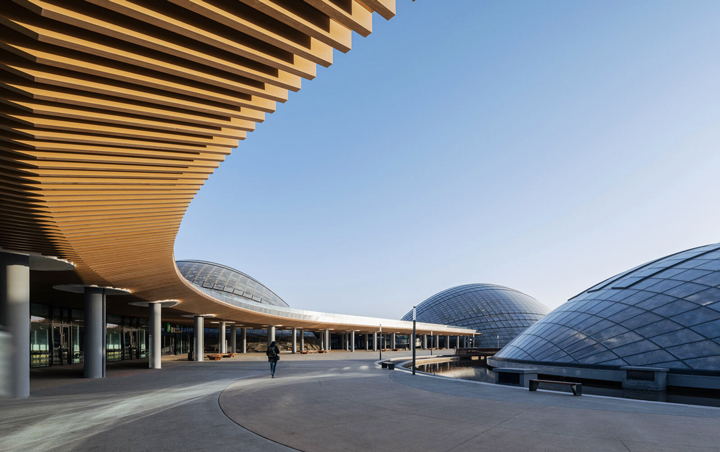 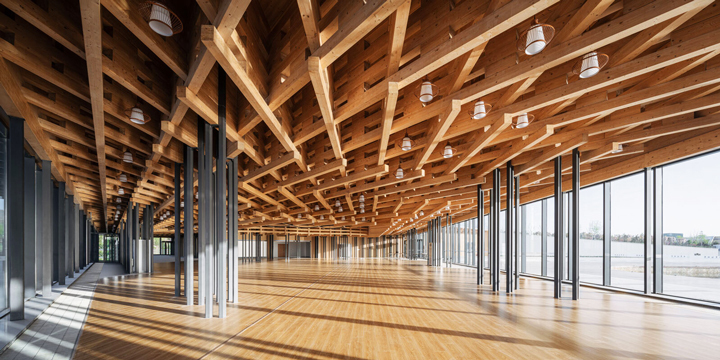 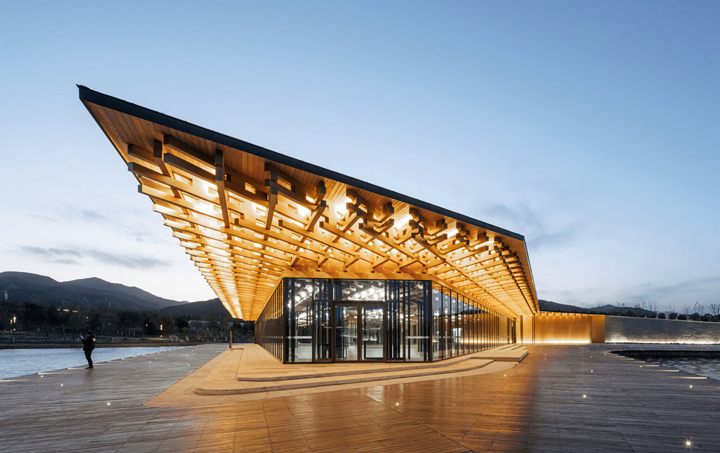 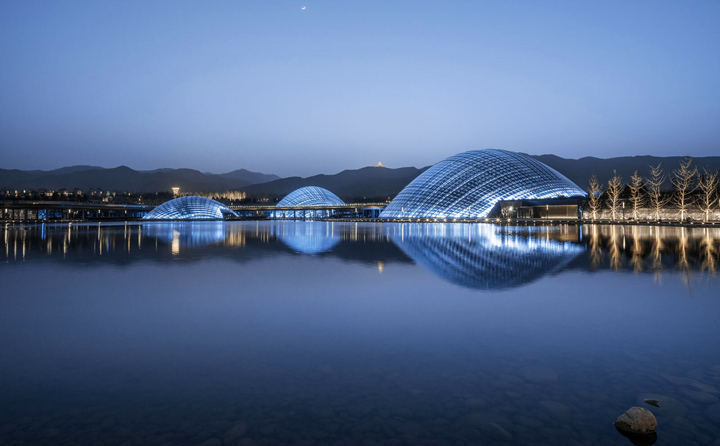