Architecture studio MAD has designed a theatre for the city of Yiwu, China, which will be surrounded by water and topped with "glass sails" to give it the appearance of a boat sailing on a river. The new theater is defined by a layering of glass sails that are reminiscent of the Chinese junks (a type of Chinese ship) that once transported goods across the waters, while their curves echo the Jiangnan-style eaves of the ancient vernacular architecture. The transparency and lightness of the glass express the texture of the thin, silky fabric, creating a dynamic rhythm that makes them appear as if they are blowing in the wind. 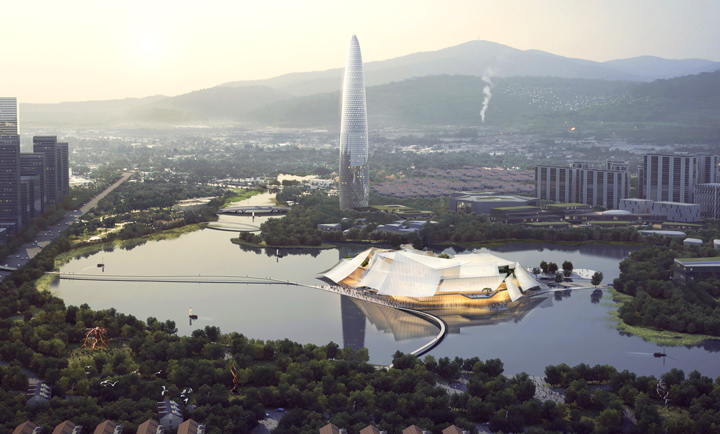 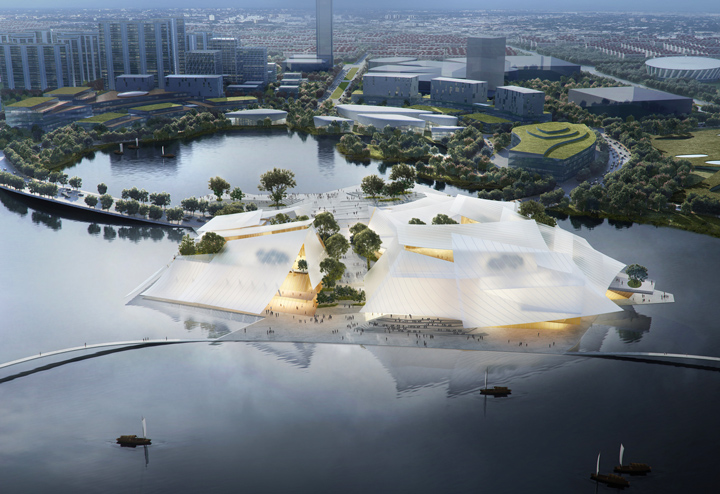 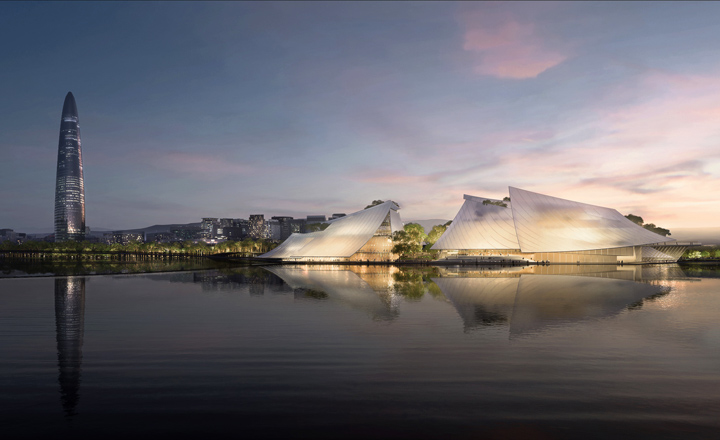 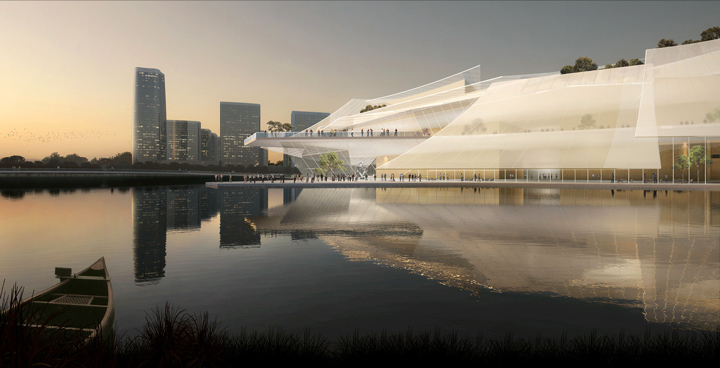 Set to be built on an island near the south bank of the Dongyang River, the ‘Yiwu Grand Theater’ encompasses a 1600 seat grand theater, a medium 1,200 seat theater, and international conference center. They all will be covered with roofs and walls made from semi-transparent planes of glass. The semi-transparent glass curtain wall has been developed to not only act as a shading system but to also optimize the use of natural light within the indoor public spaces, forming a solar greenhouse effect in the winter. In the summer, it serves as the ventilation system, enhancing airflow circulation inside and outside of the building. 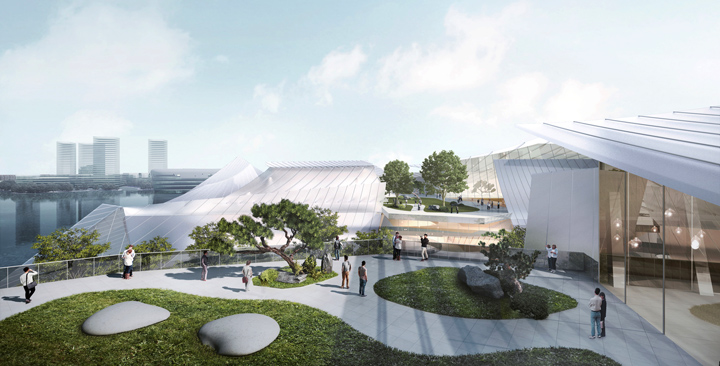 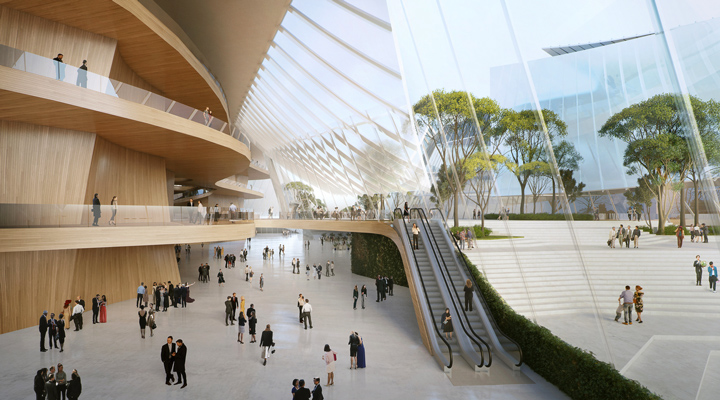 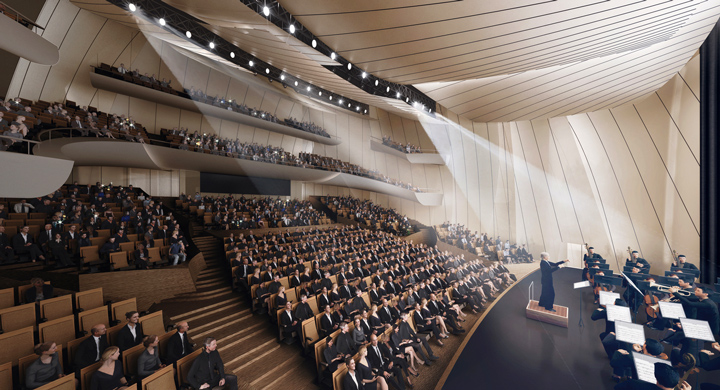 The island complex is intended to be a new cultural centre and public space in the city. It will be accessed from both banks of the river – a vehicle bridge will connect the complex to the south bank, while a curved pedestrian bridge will join it to the north bank. Construction on the ‘Yiwu Grand Theater’ is expected to begin in 2020. 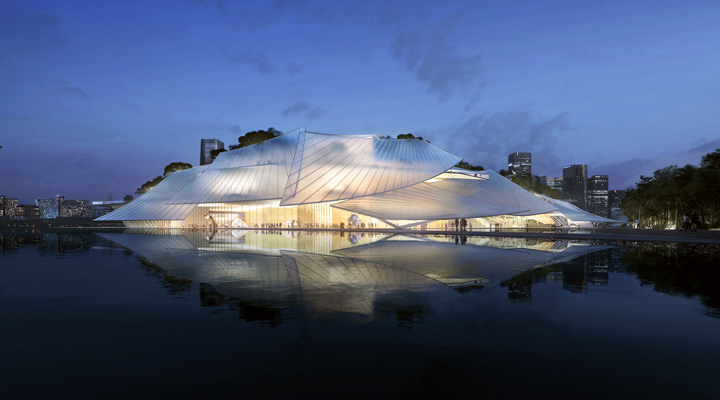 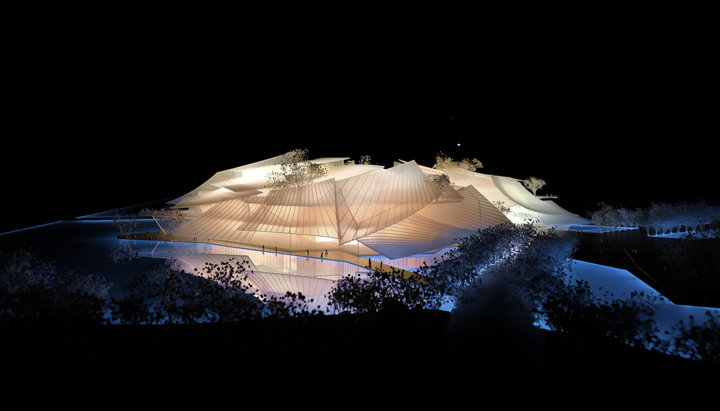