ME Dubai Hotel (The Opus) by Zaha Hadid

The ME Dubai at the Opus is the only hotel in the world that can claim to have had both its exterior and interiors designed by the late Zaha Hadid. Set in Dubai's Burj Khalifa district, the Opus is a mirrored glass building occupied by a hotel, offices, serviced apartments and several restaurants. The ME Dubai hotel, which opened in March 2020, has 74 bedrooms and 19 suites. 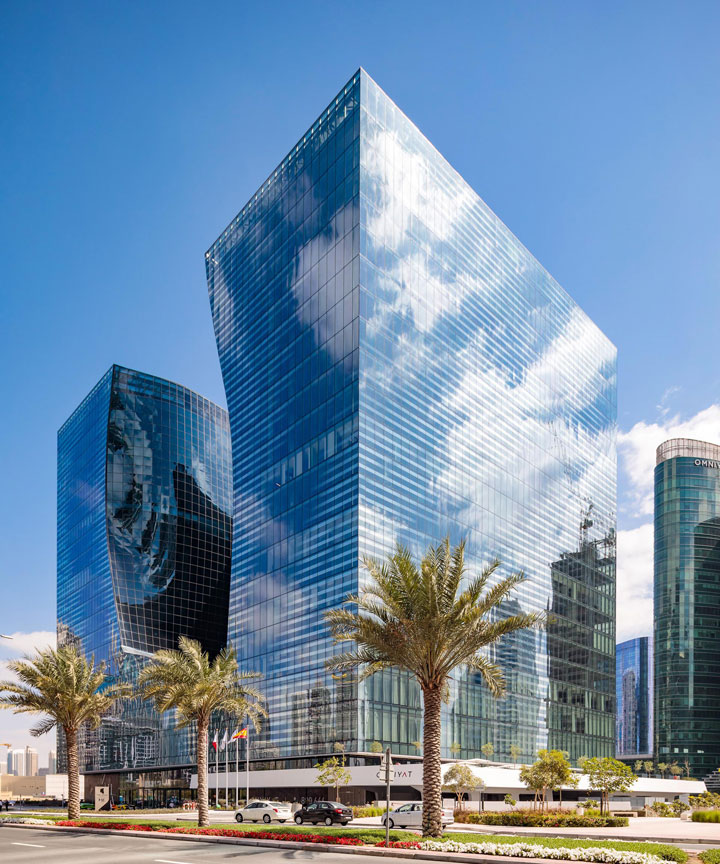 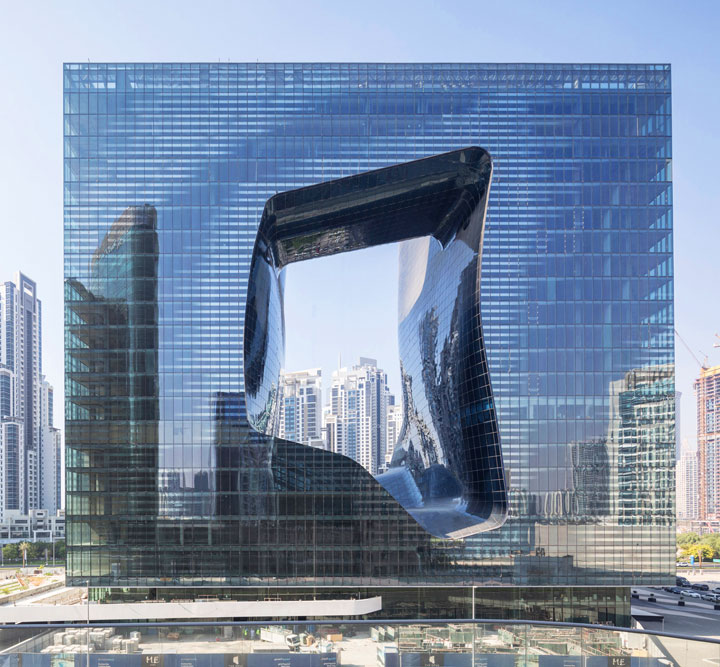 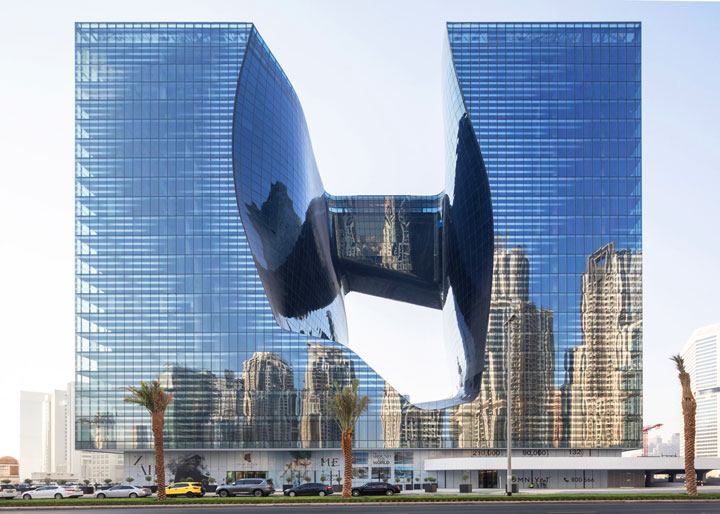 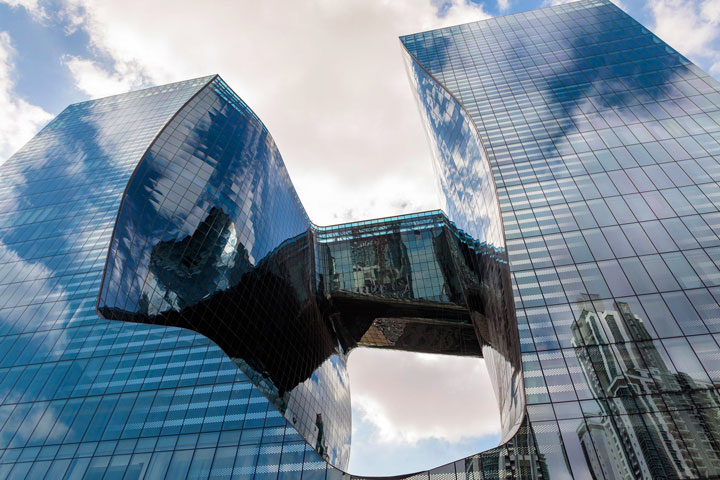 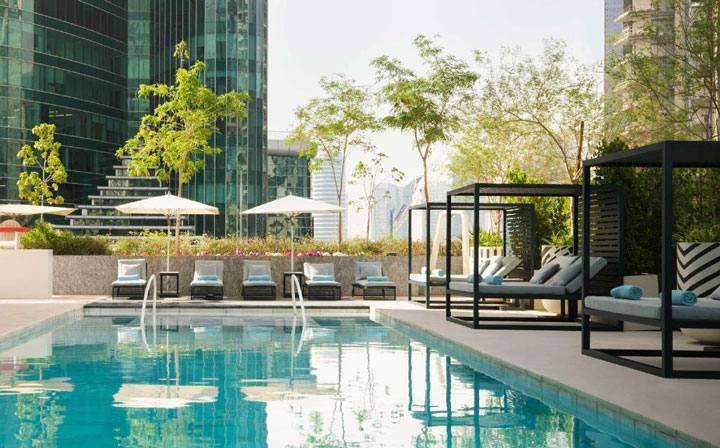 The Opus is designed as two separate towers that coalesce into a singular whole— taking the form of a cube. The cube is then ‘carved’, creating a central void providing views to the exterior from the center of the building. The two towers are linked by a four-story atrium at ground level with a bridge connecting 71 meters above the ground. This three-story, the asymmetric bridge is 38 meters wide. 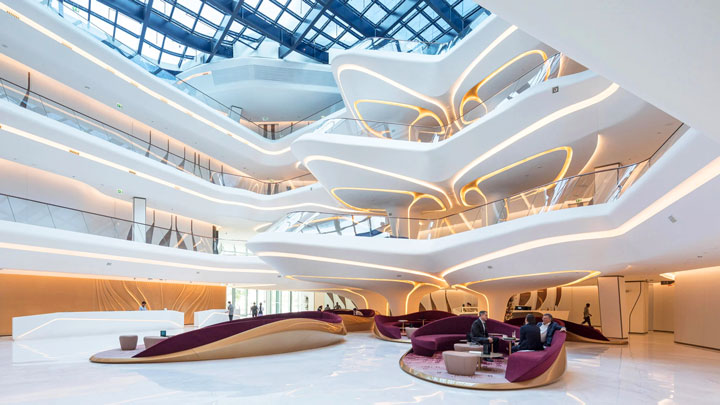 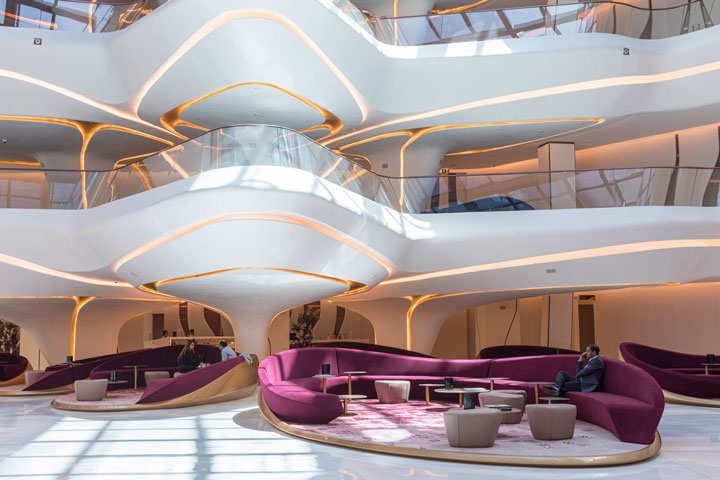 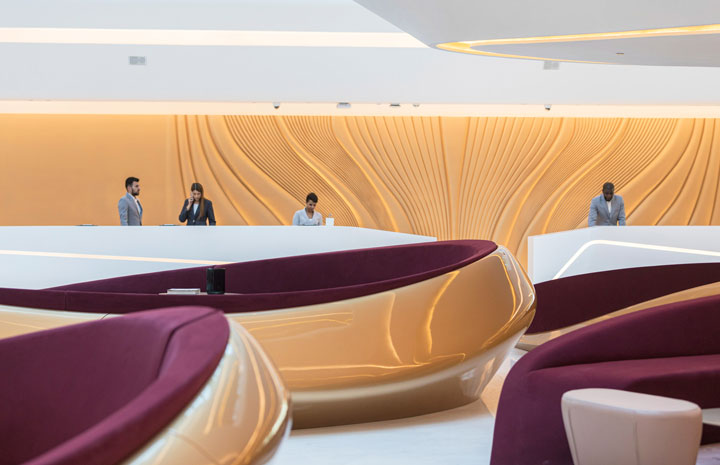 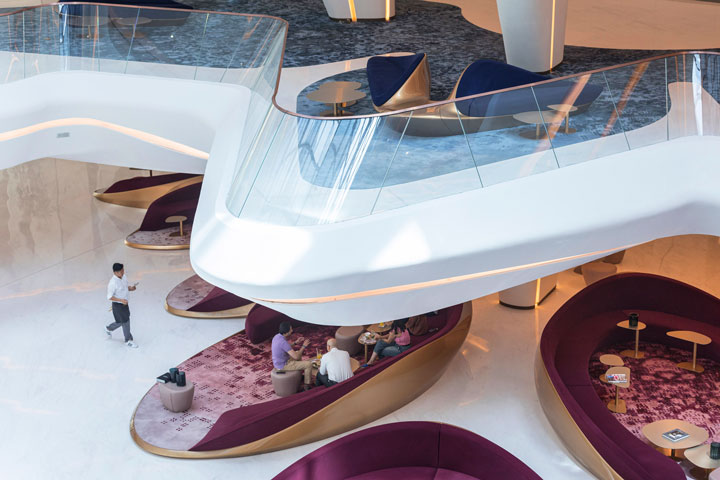 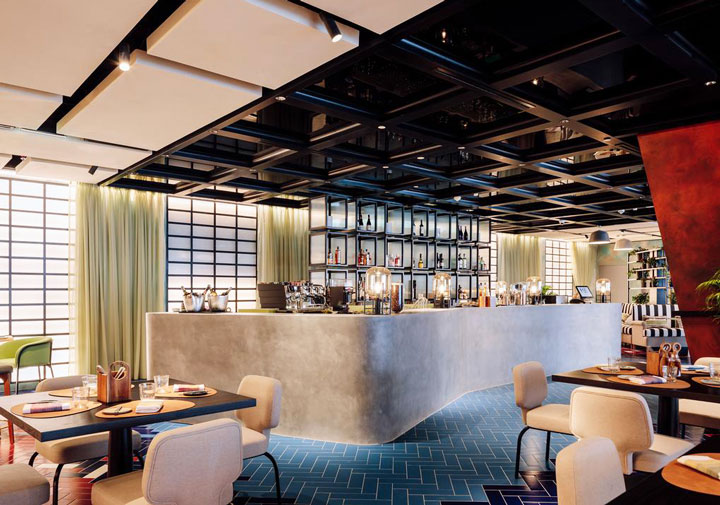 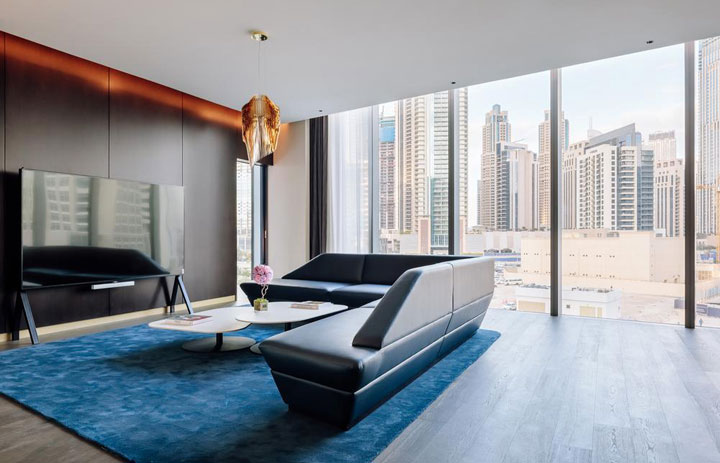 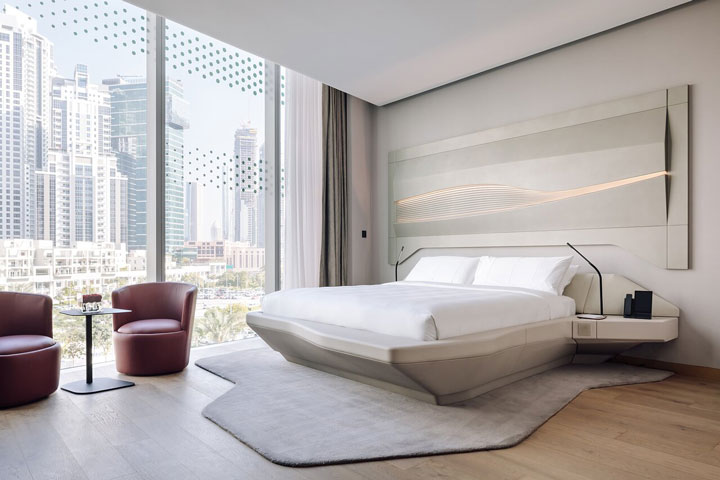 Designs for the Opus' interiors, which were unveiled at the 2014 London Design Festival, include sculptural balconies, angular beds, and a sculpture of dangling glass balls in the lobby. Its lobby sits directly under the Opus' signature void. Three stories of galleries with projecting balconies ring the perimeter of the space. Seating pods, benches on the balconies, beds, sinks, and showers are all by Zaha Hadid Design. 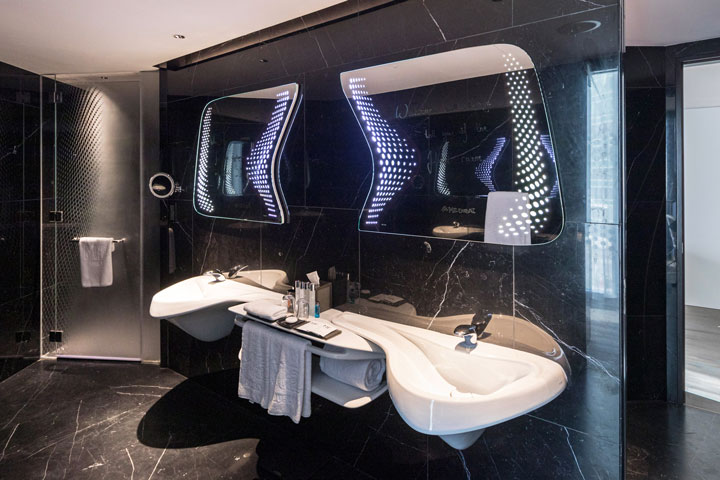 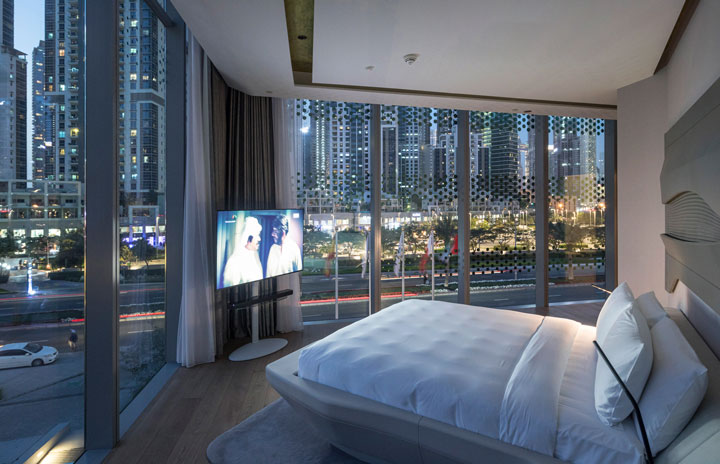 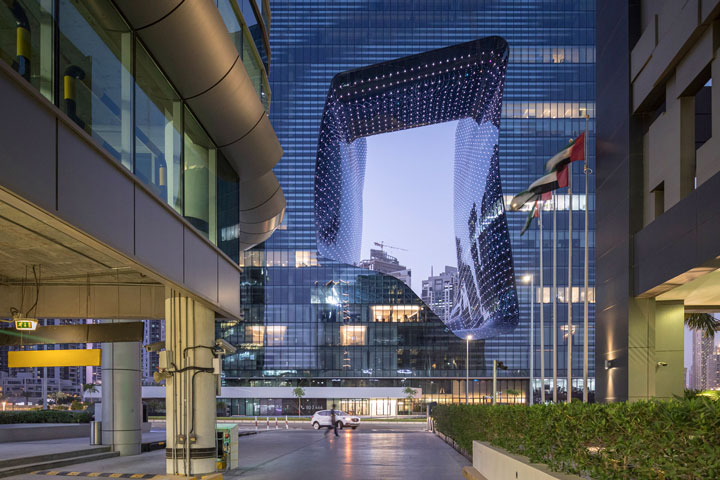 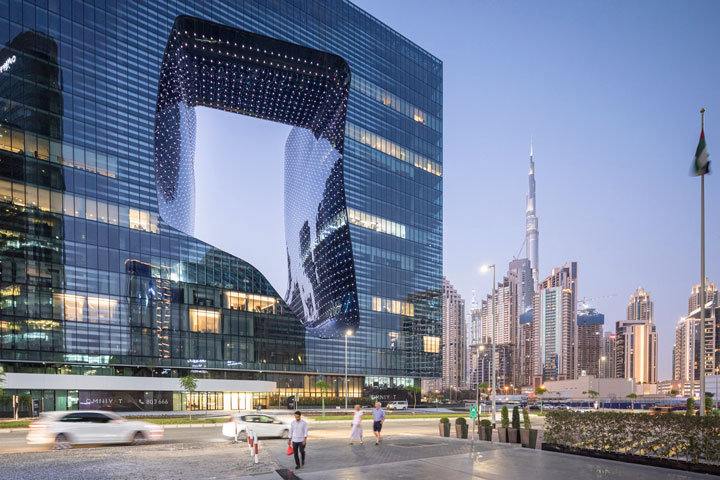 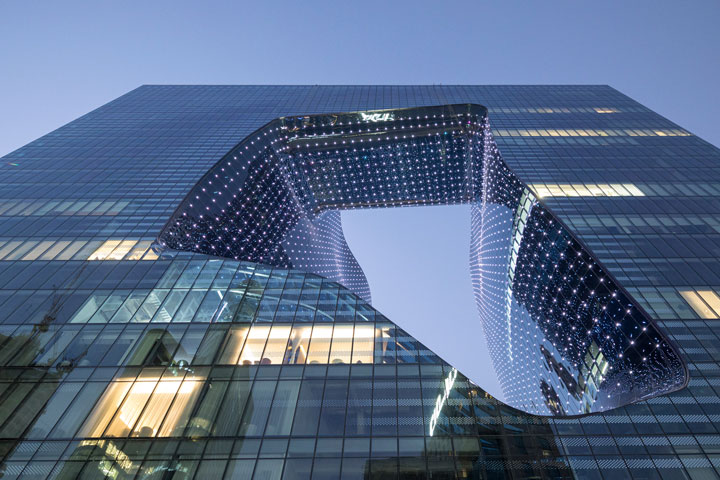 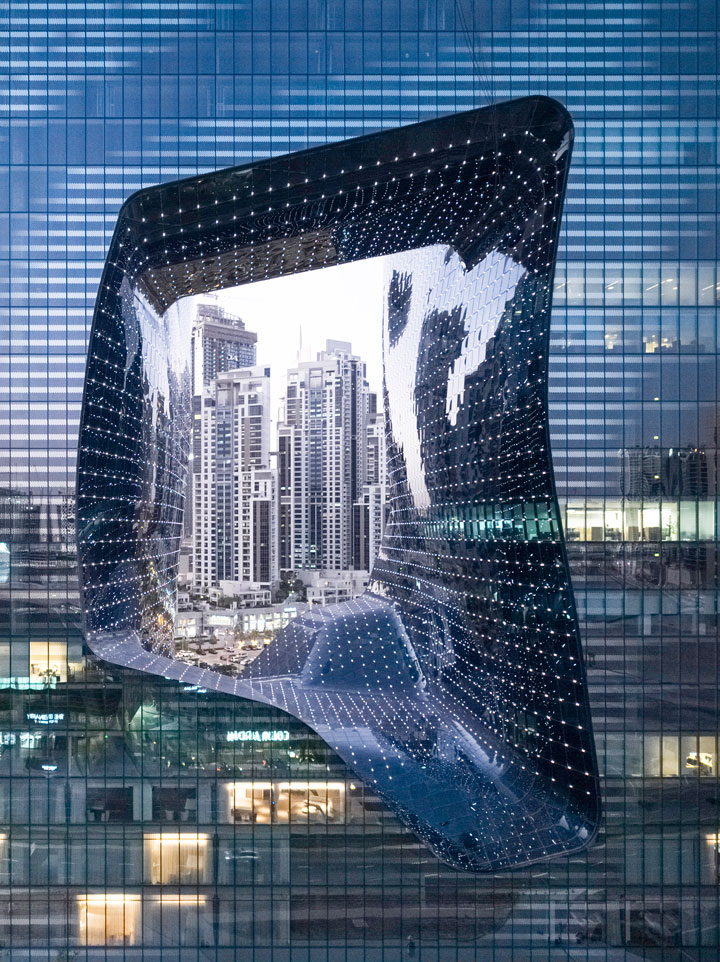 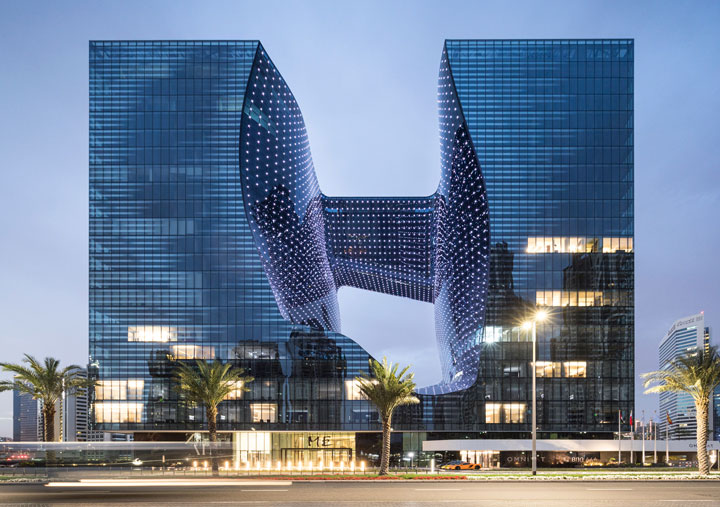