10 of The Most Impressive Airports Around The World

Air travel never truly loses its glamour, especially if you are in a space designed by a world-renowned architect. The world's most beautiful and impressive airports have stunning architectural features and amenities like swimming pools and movie theaters. From New York’s J.F.K to Zaha Hadid’s Daxing International Airport in China, we scouted the most impressive airports around the globe that are must-see destinations in their own right.

Honoring traditional Chinese design, the new Beijing Daxing International Airport is organized around a central courtyard. Designed by Zaha Hadid Architects, the airport opened in September 2019. The airport is also famous as "The Starfish" due to its distinctive shape. 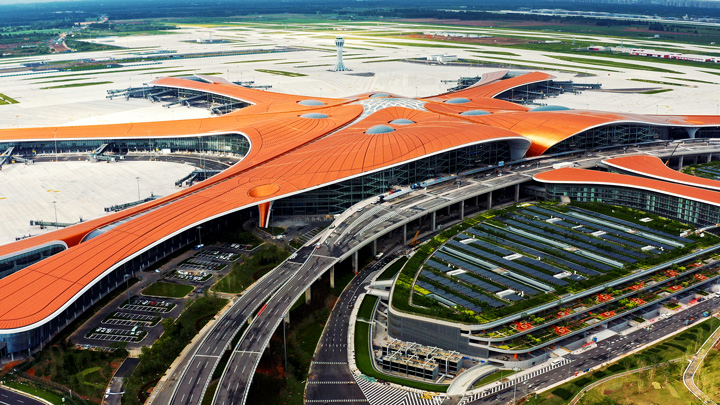 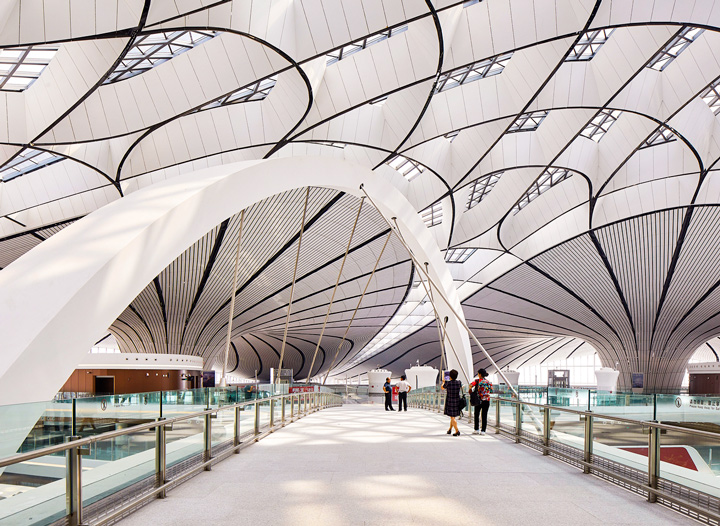 Singapore Changi International Airport has been named the best airport in the world by the consumer-aviation website, Skytrax, for 7 years in a row. It's easy to see why, as the airport is filled with amenities , beauty and attractions, including two movie theaters, hundreds of retail stores, multiple gardens, art galleries and a hedge maze. 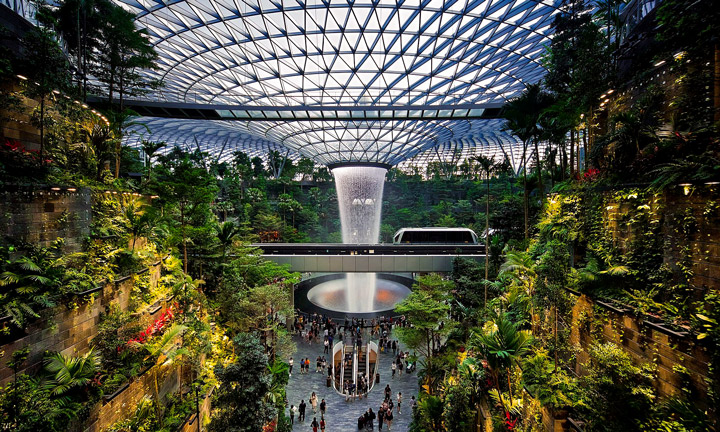 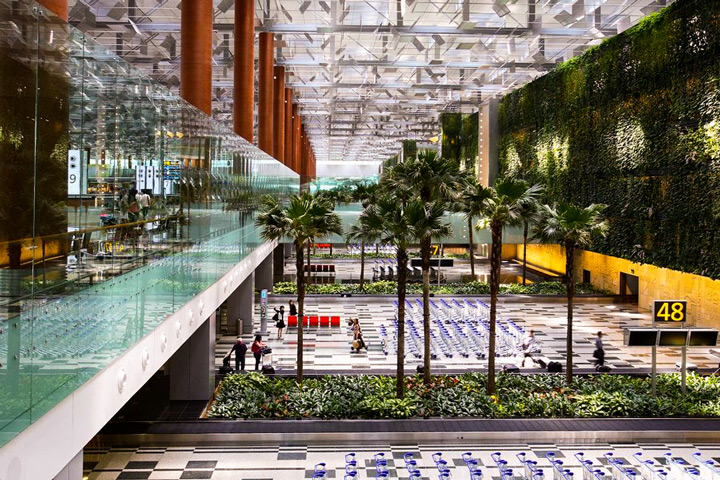 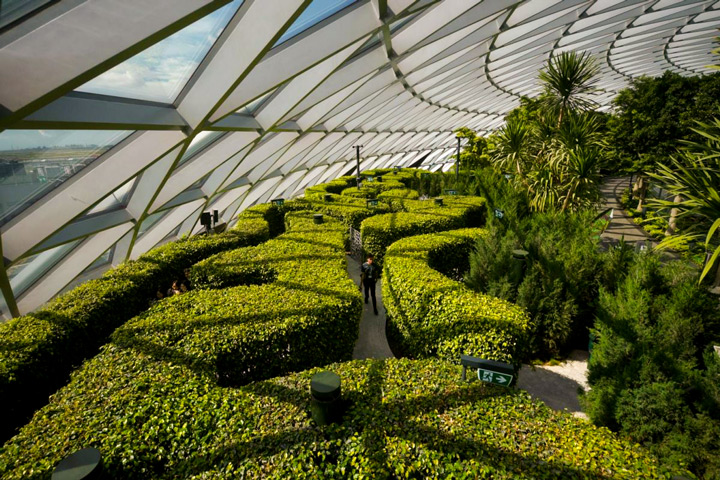 The Shenzen Bao’an International Airport—designed by Massimiliano Fuksas—is inspired by nature, taking inspiration from the manta ray. Inside, white "trees" double as air conditioning and throughout the terminal, the ceiling is designed to look like a honeycomb. 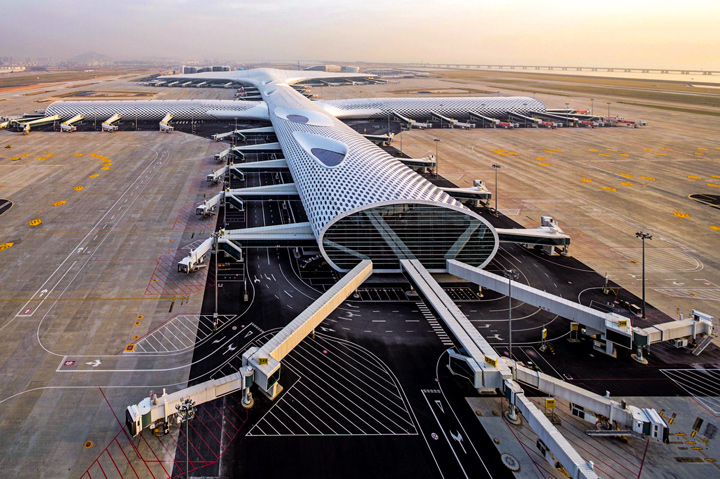 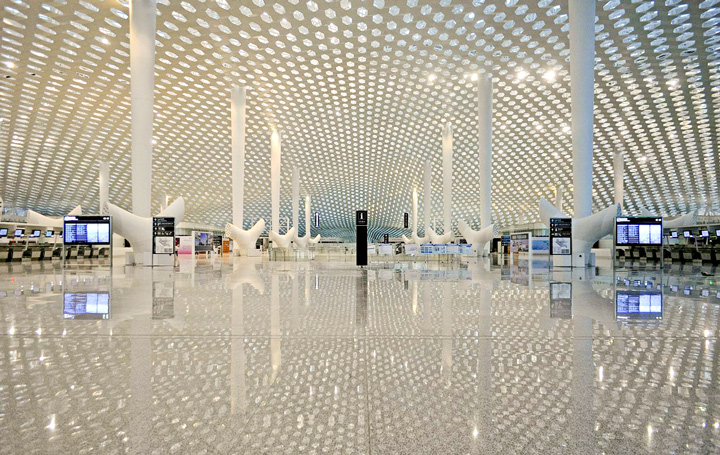 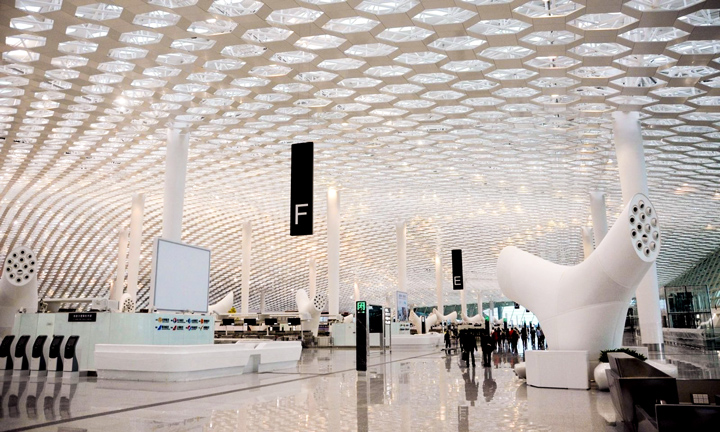 “Cocoons” fill the Heydar Aliyev International Airport terminal in Baku, Azerbaijan. But they're not just for good looks. Inside, you'll find kiosks and cafes along with other amenity spaces. Also, the airport has both striking interiors and exteriors. Its roof consists of tricorn shapes and is semi-transparent. 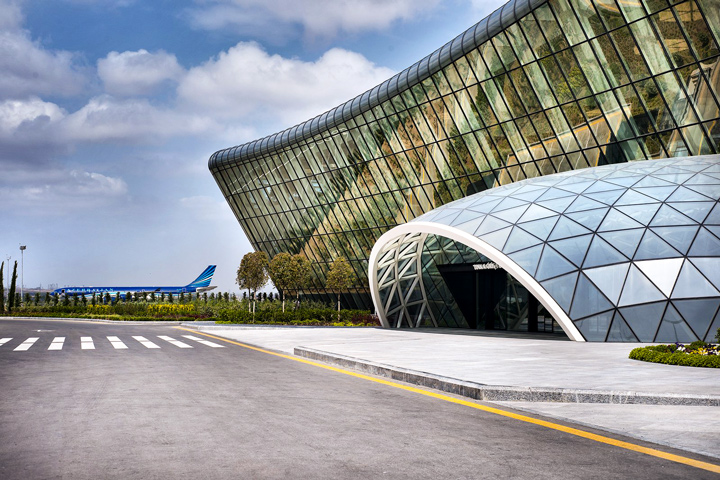 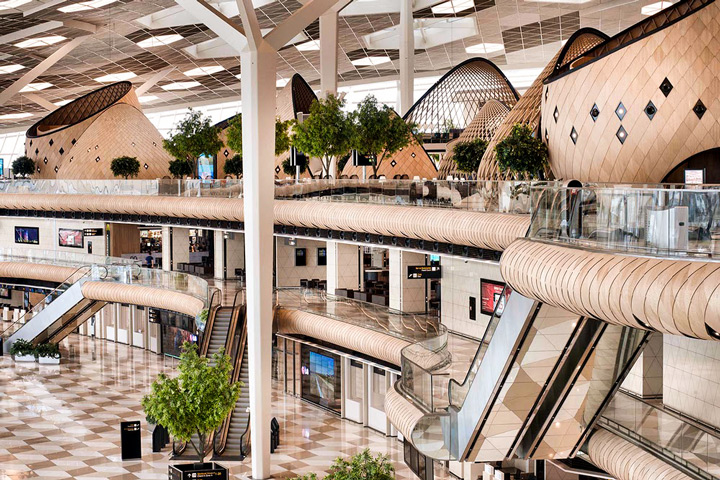 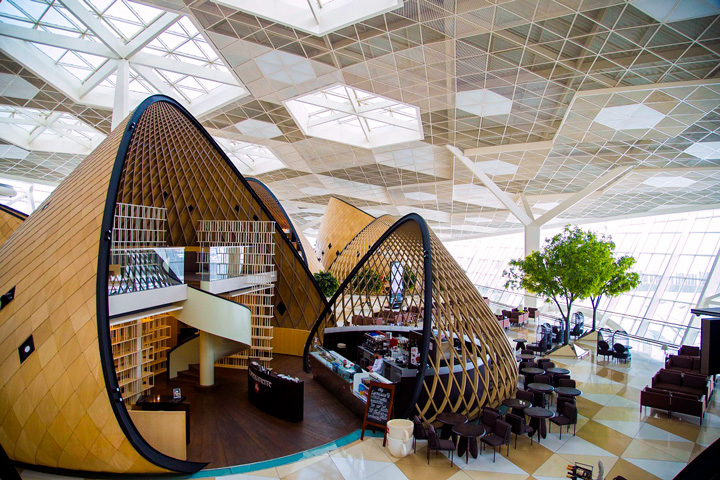 Hamad International Airport in the Qatari capital of Doha boasts striking works of art, upscale boutiques, a gym and more. The airport took a decade and $16 billion to build and some parts of its interior look like a modern art museum. 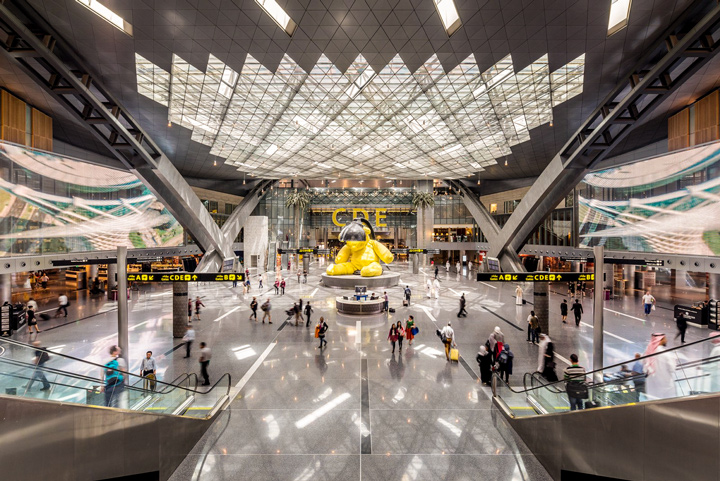 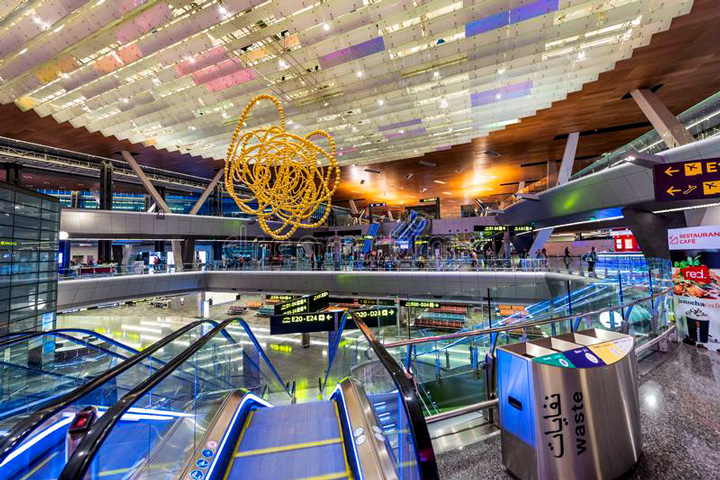 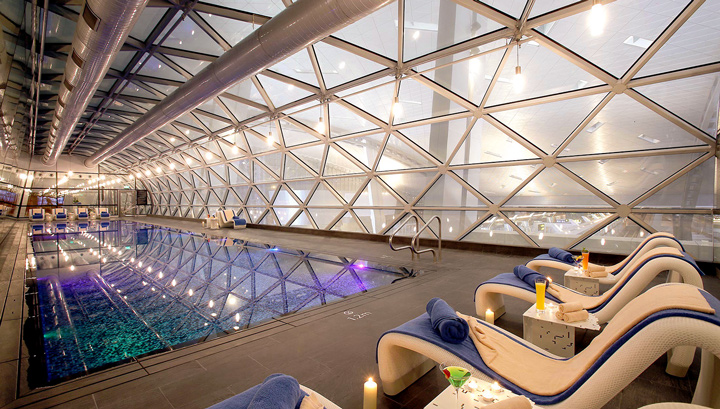 Considered to be one of the busiest airports in North America, Chicago's O'Hare International Airport serves over 70 million passengers annually. Those who travel through Terminal 1, are greeted by a neon tunnel full of art pieces called Sky’s the Limit, created by Michael Hayden. 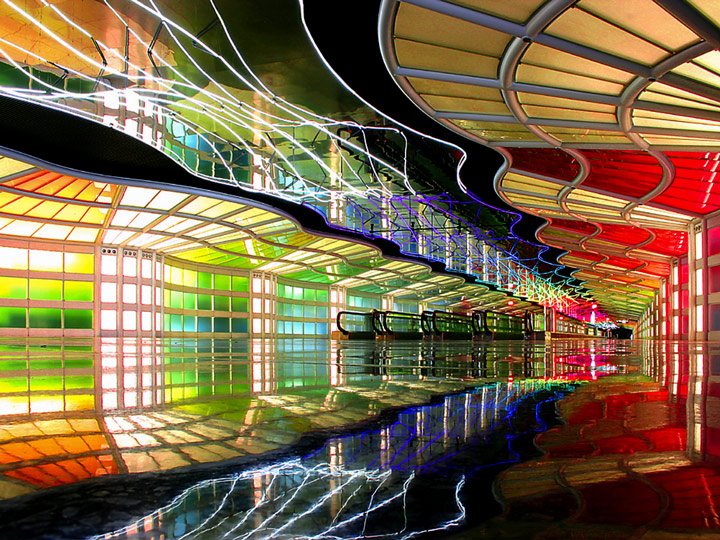 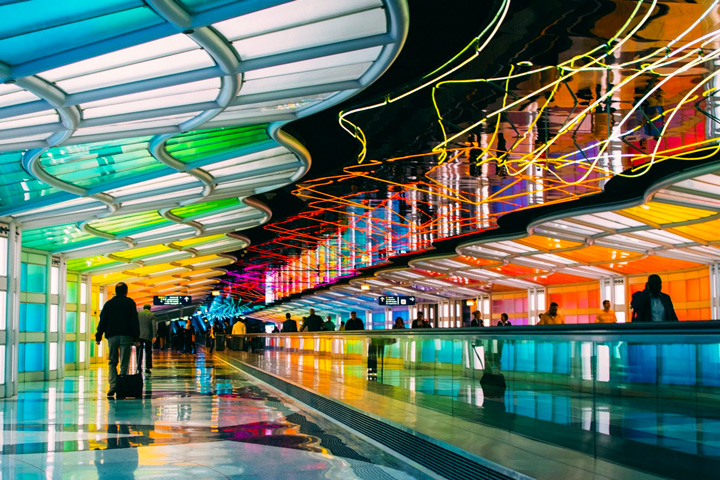 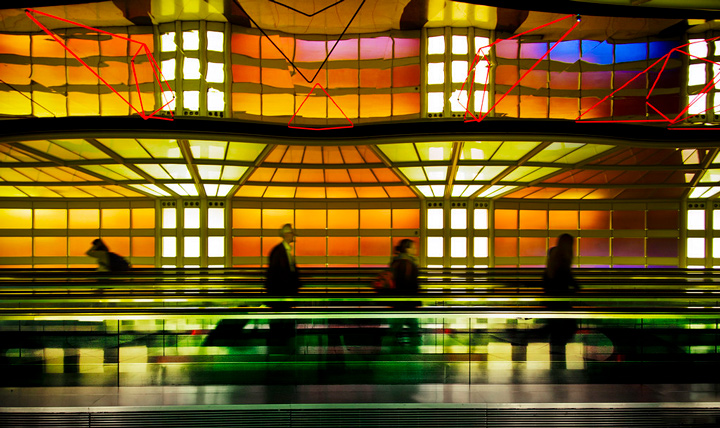 John F. Kennedy Airport in New York City has a 1960s-themed hotel (the TWA Hotel) in the former Trans World Airlines terminal, which includes shops, restaurants and a bar inside a vintage airplane. Two hotel wings, designed to reflect and defer to the landmark TWA Flight Center, sit behind the historic building and contain 512 guestrooms with views of JFK’s runways and the flight center. 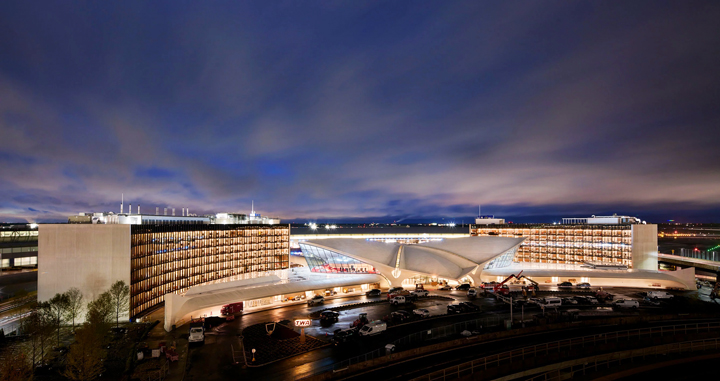 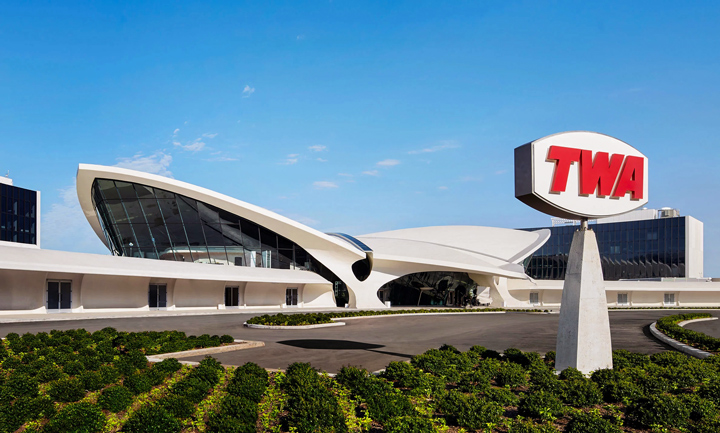 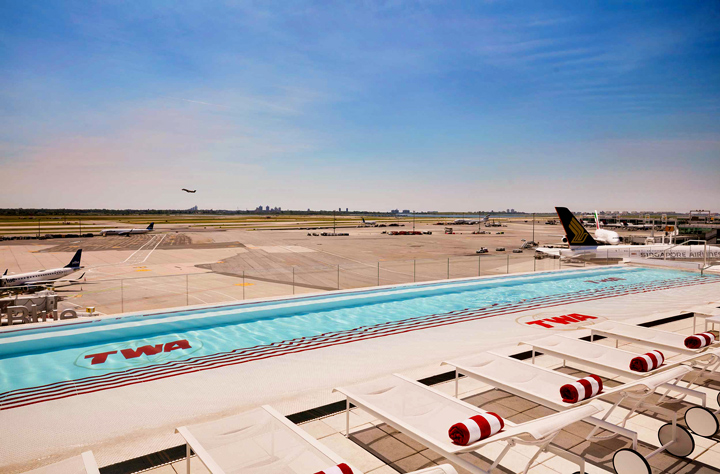 The first thing that might strike travelers as something different when they enter Munich Airport is its aesthetic appeal. As well as the architecturally designed airport itself, there is an assortment of permanently installed artworks inside the airport. Not only a visual feast, there are 50 distinct and multicultural restaurants. Visitors can also enjoy world class shopping. There are surfing and polo events, a car showroom, a mini golf course, and even playgrounds for the children. 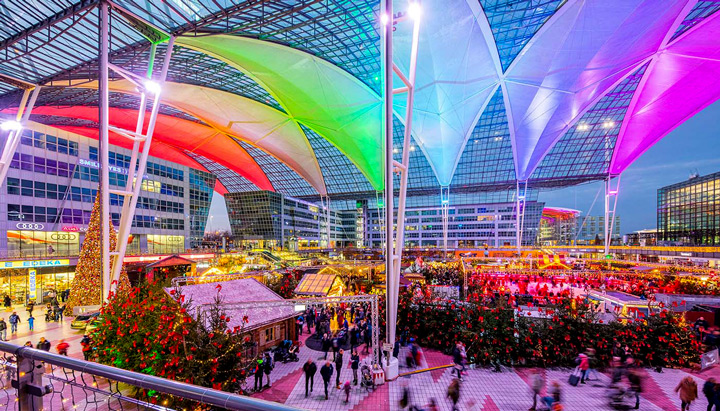 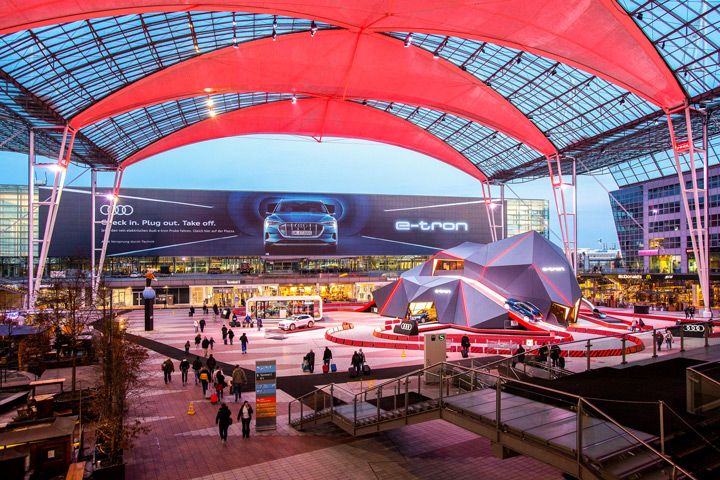 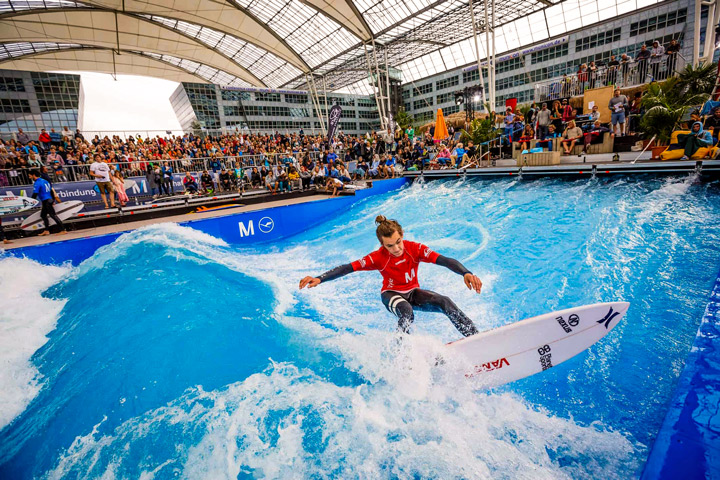 Vancouver International Airport is the rare airport you might want to visit even if you don't have a flight. Alongside the usual duty-free shops and restaurants, the second busiest airport in Canada also has aquariums filled with local sea life, and enough works of First Nation's art that would rival a museum. 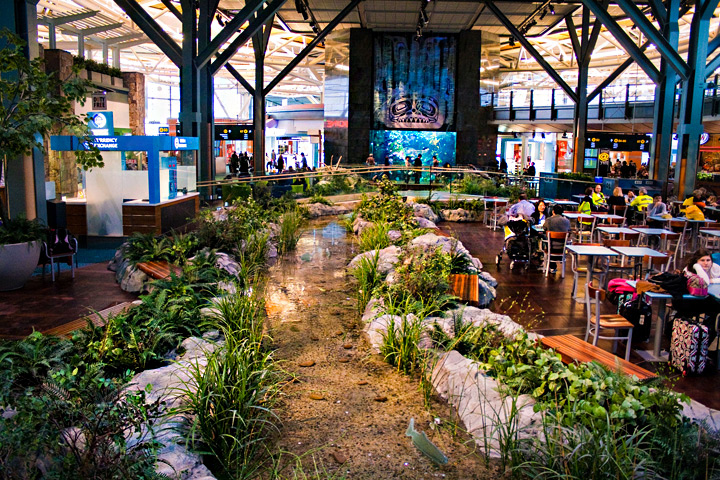 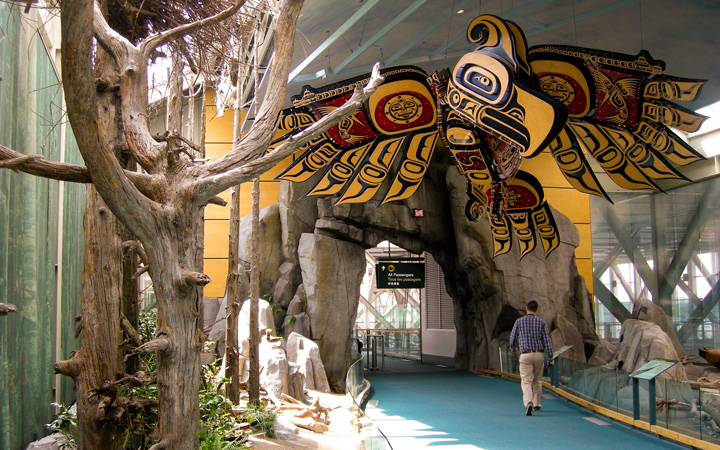 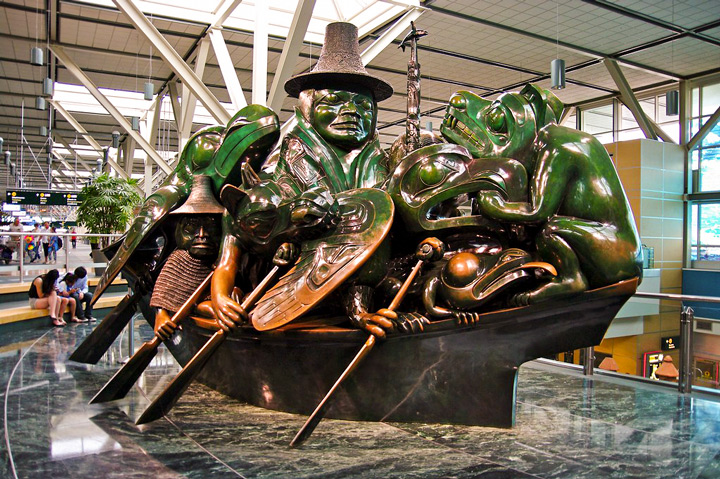 The architecture of Marrakech-Menara International Airport melds traditional Moroccan motifs with angular modern design beautifully. The hole-punched walls and ceiling even filter the natural light into nice patterns. The airport also features a number of other stunning architectural features, including a beautiful glass dome. 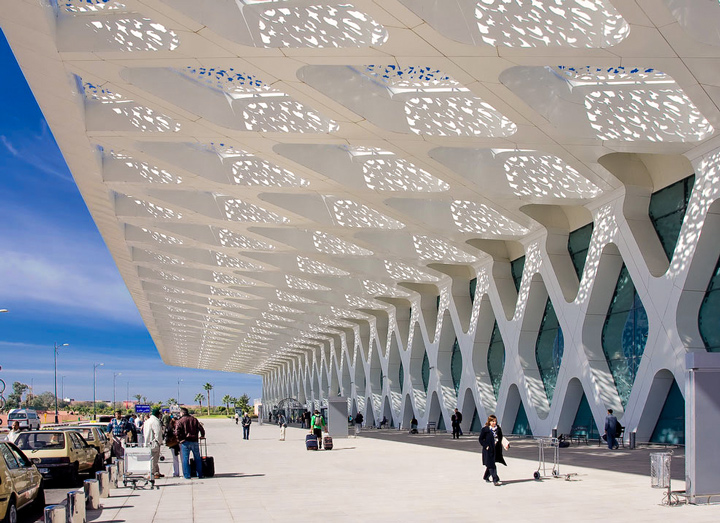 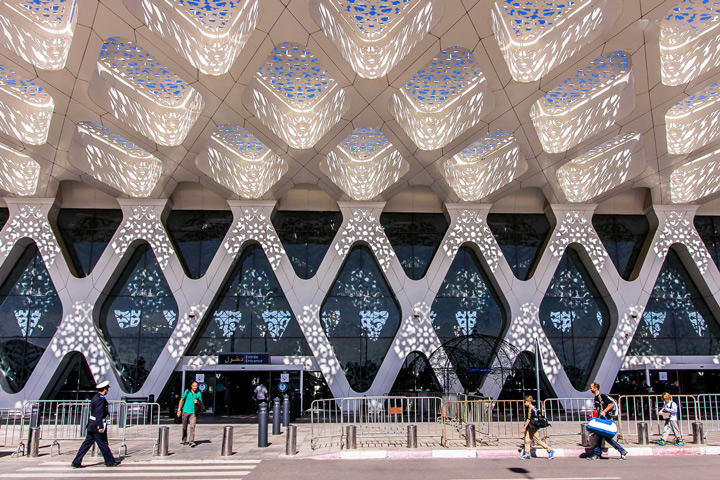 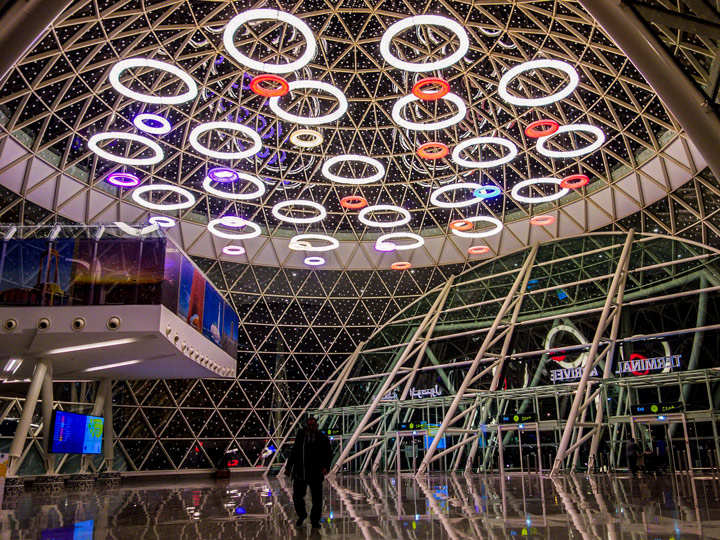