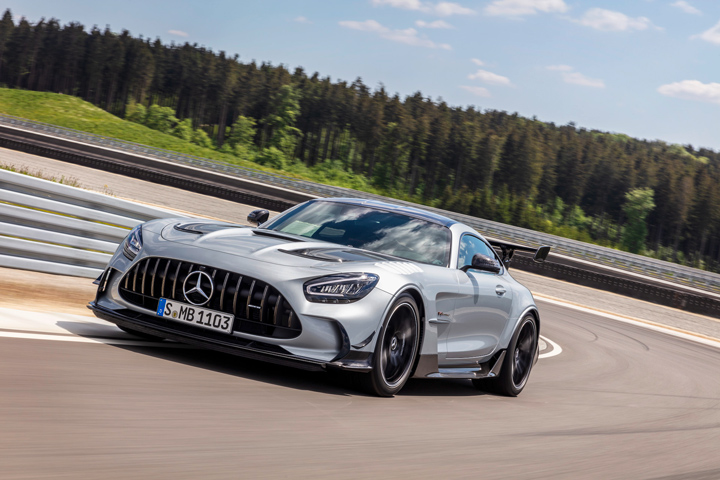 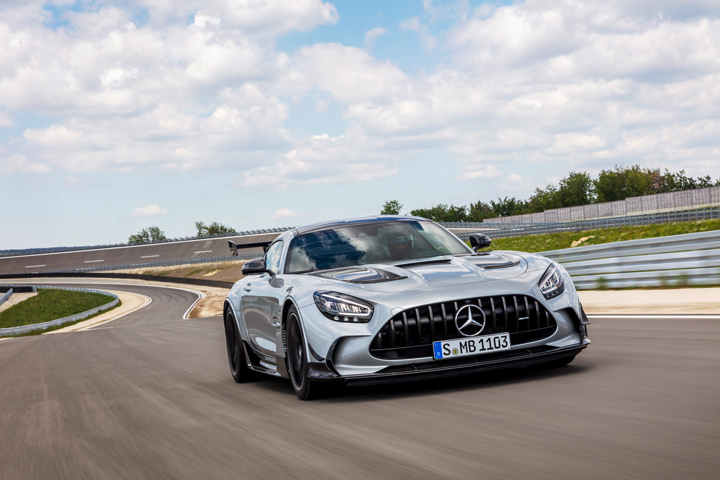 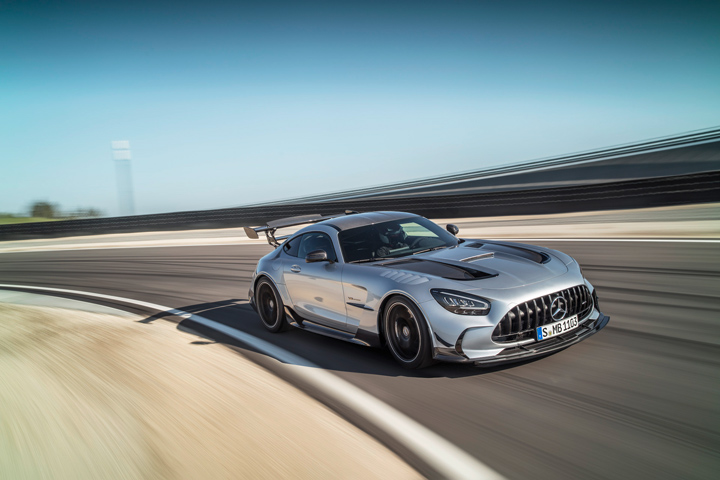 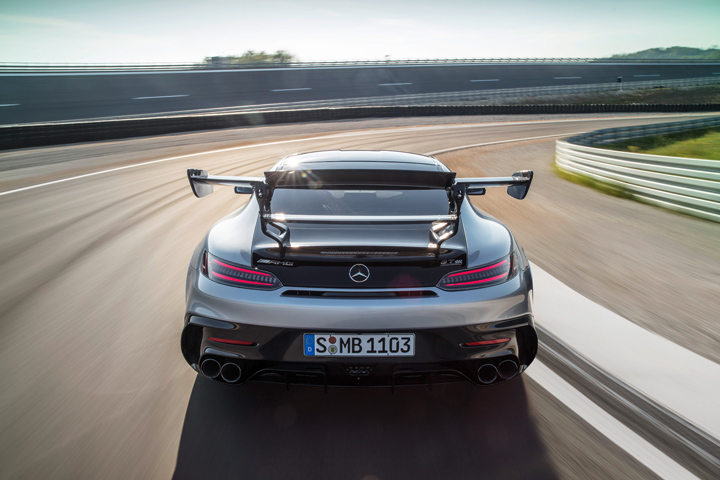 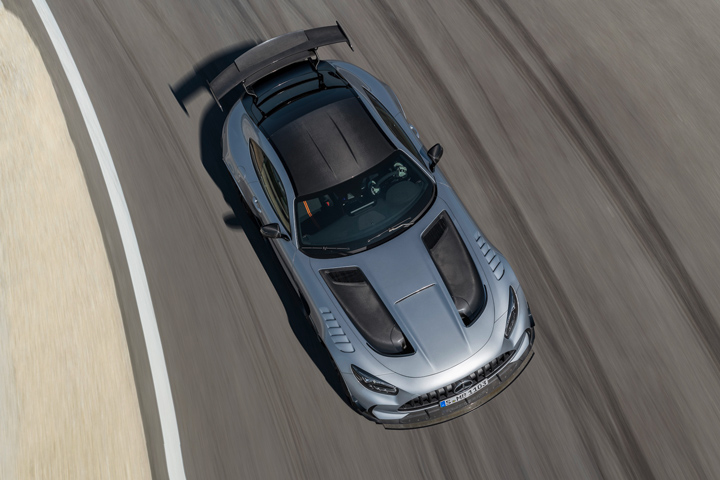 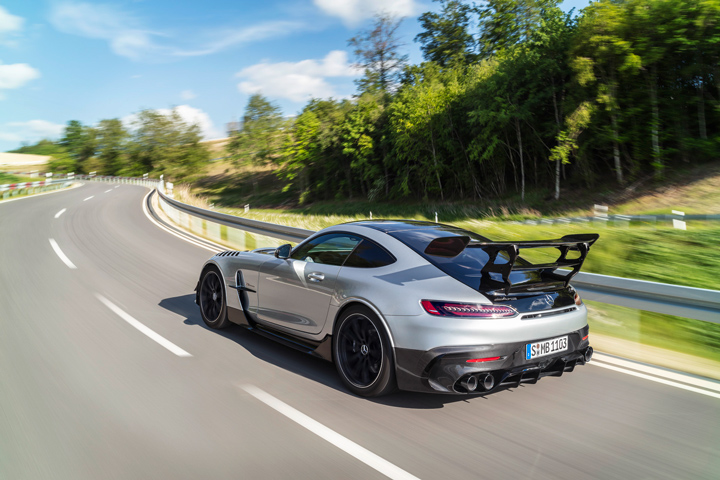 To help the GT Black Series stay glued to the track, the regular GT body has been almost completely redesigned with new aero elements. Upfront, there's a large, manually adjustable splitter, along with dive planes to push air in an efficient way. In back there's a tiered, two-stage wing to stick the muscular tail to the tarmac. A quad exhaust setup peeks out from an exceptional rear diffuser. The AMG engineers have also installed a new traction control system with nine levels of adjustment. GT Black Series Use a new version of AMG's familiar 4.0-liter twin-turbocharged V-8. The engine boasts multiple upgrades including a flat-plane crankshaft, which gives the GT Black Series an awesome soundtrack. Boost pressure is now up to 24.6 psi, compared to 19.6 in the GT R Pro. AMG quotes a peak output of 720 horsepower and 590 pound-feet of torque. The result is a car that will shoot to 60 mph from rest in 3.1 seconds, to 124 mph in under 9.0 seconds, and to a top speed of 202 mph. The 2021 Mercedes-AMG GT Black Series Will Cost $389,000, or Nearly the Same as Two GT R Pros. 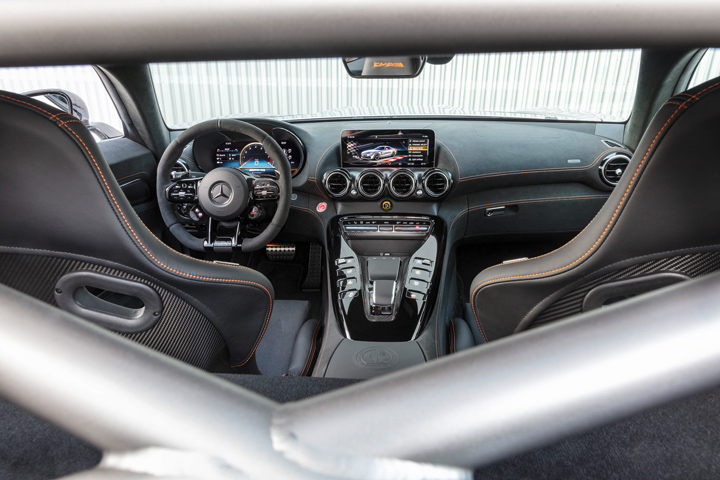 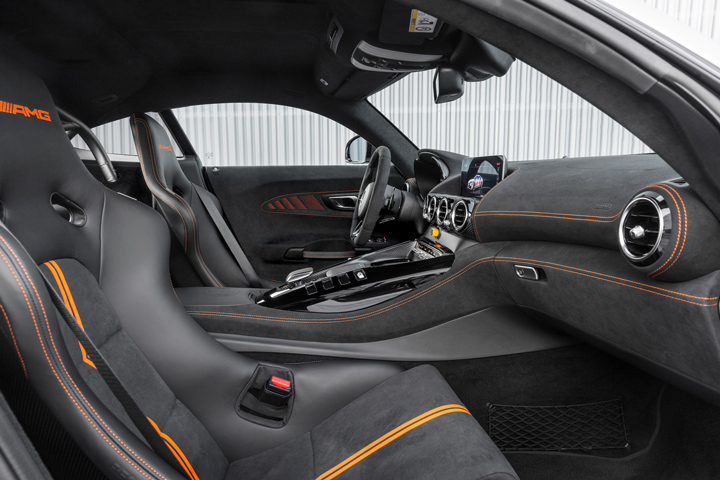 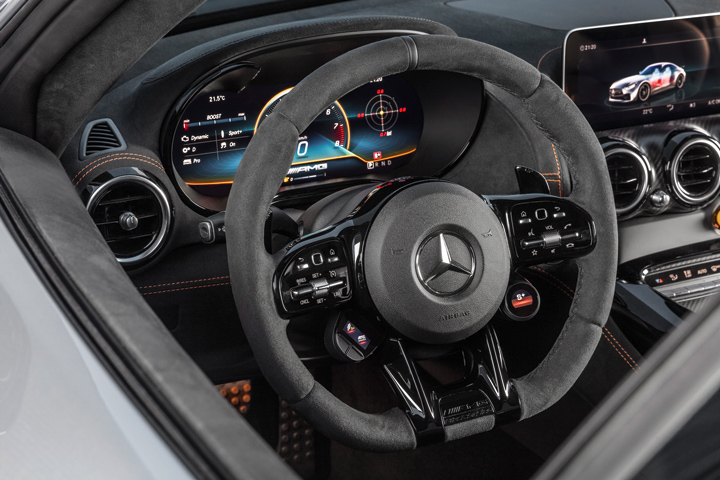 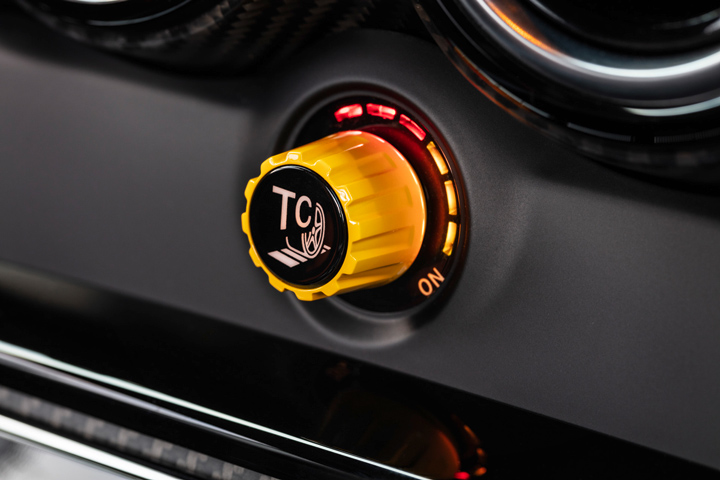 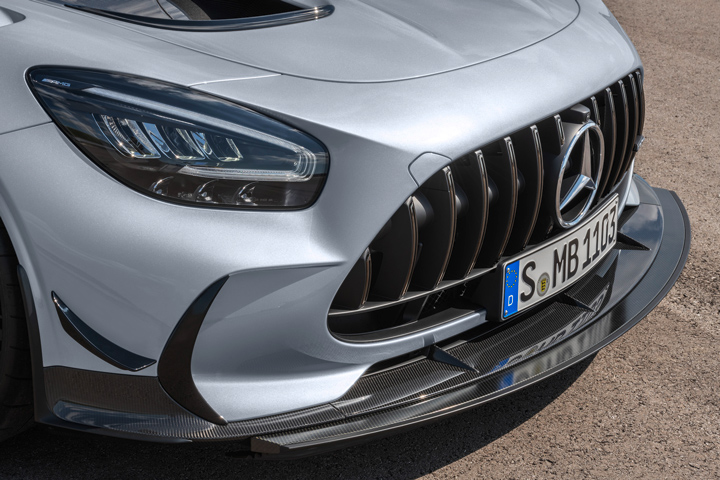 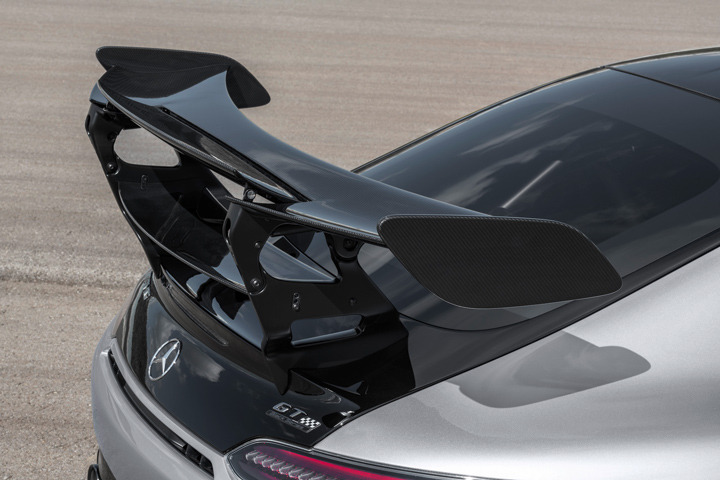 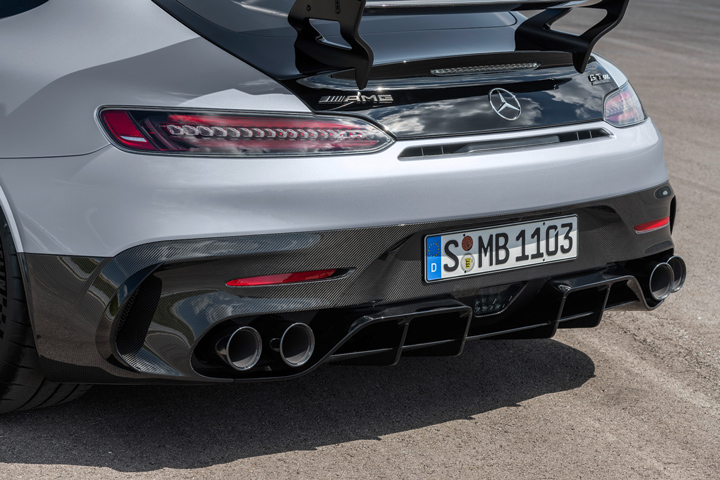 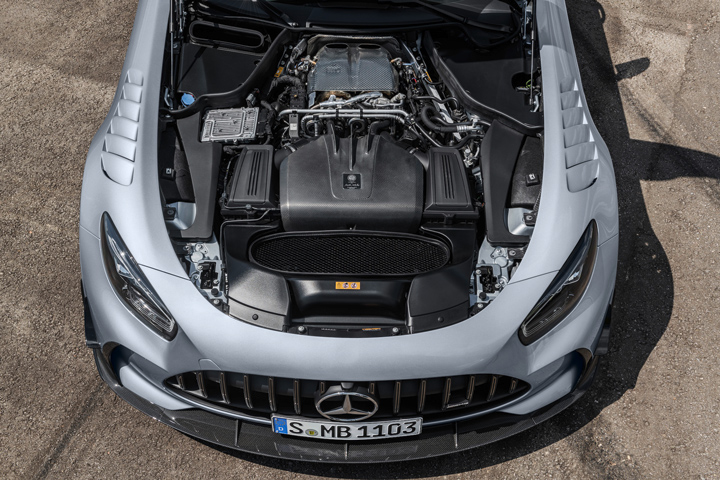 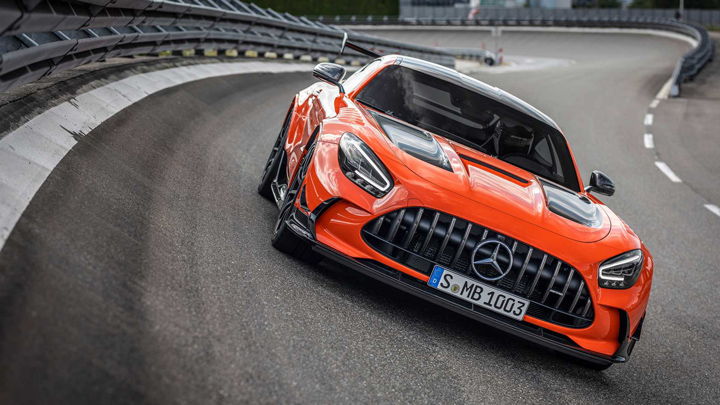 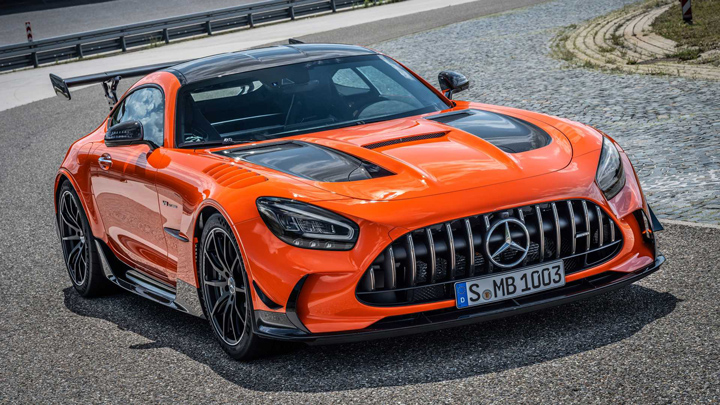 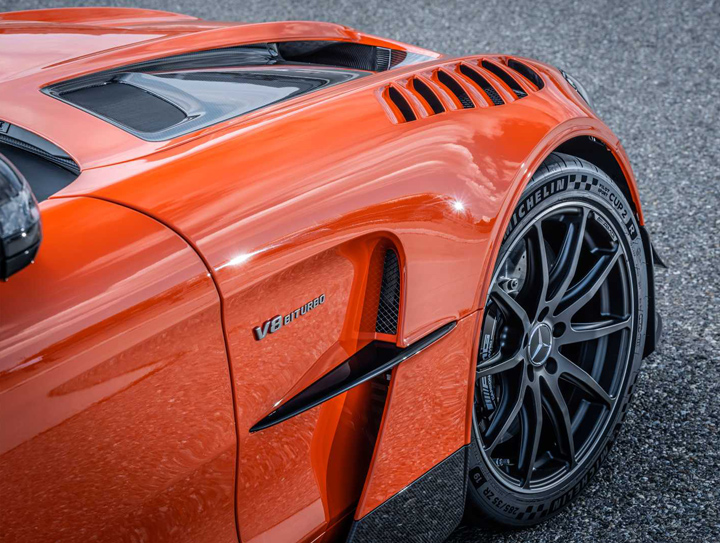 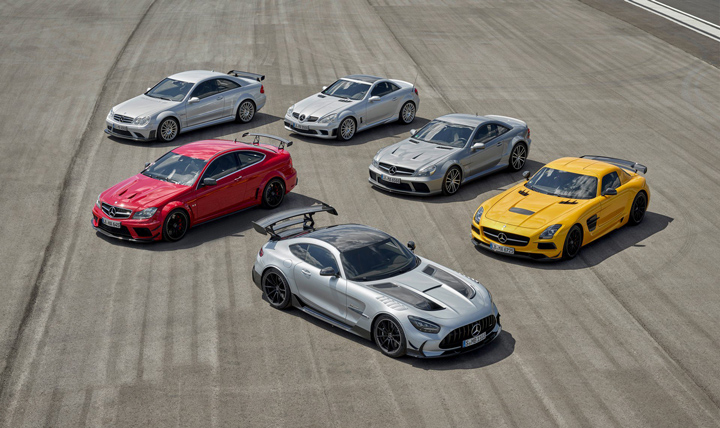