BIG in collaboration with Ramboll and local architect Hijas were selected as the winner of Penang State Government’s international competition to design a masterplan for the Penang South Islands in Malaysia. The 1821 hectares BiodiverCity Masterplan will see three artificial islands. Each island is modeled on the form of a lily pad and will be composed of mixed-use districts, 4.6 kilometers of public beaches, 242 hectares of parks and a 25-kilometer-long waterfront. BiodiverCity will be a new sustainable global destination where cultural, ecological and economic growth is secured and where people and nature coexist in one of the most biodiverse places on the planet.

The island districts are expected to each support between 15,000 to 18,000 residents and will all rely on localized water resources, renewable energy and waste management. They will also be connected by an autonomous water-, air- and land-based transportation network to make BiodiverCity a car-free environment, prioritizing bikers and pedestrians. 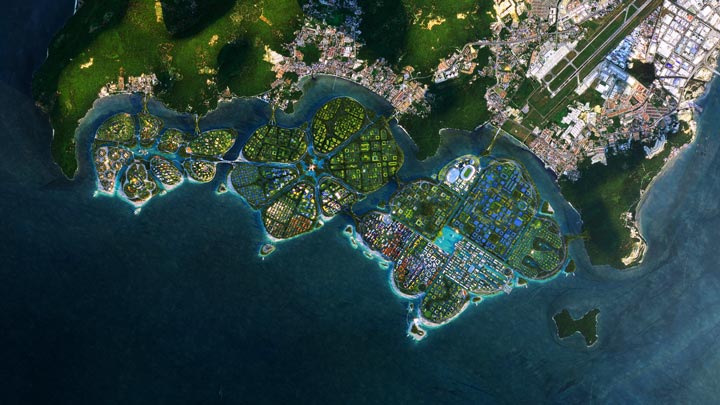 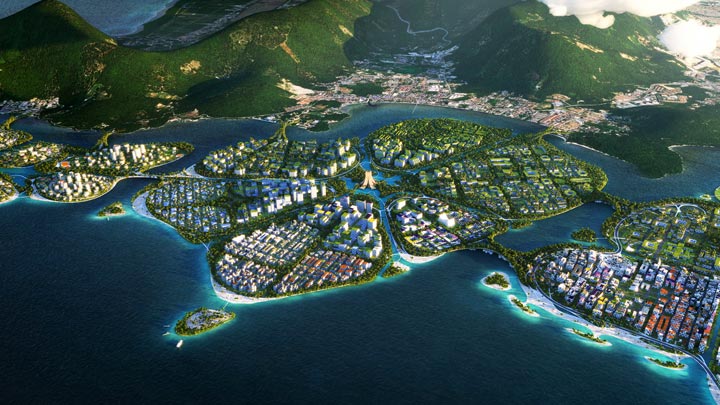 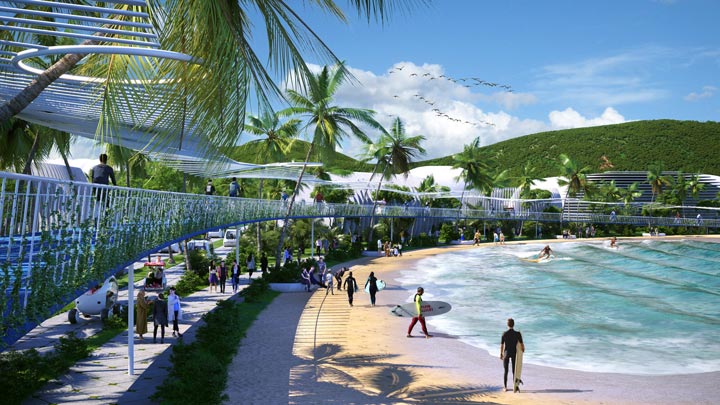 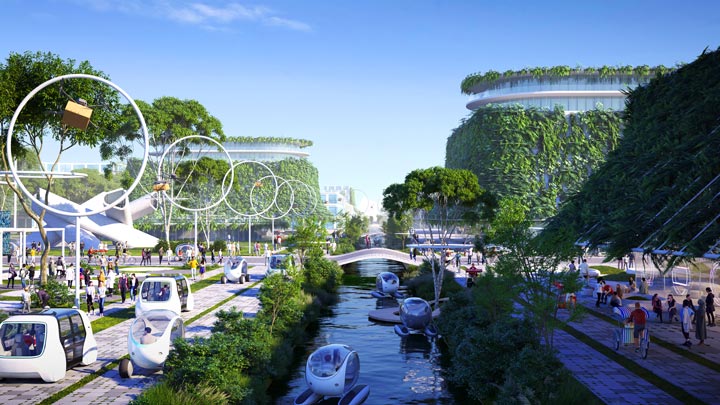 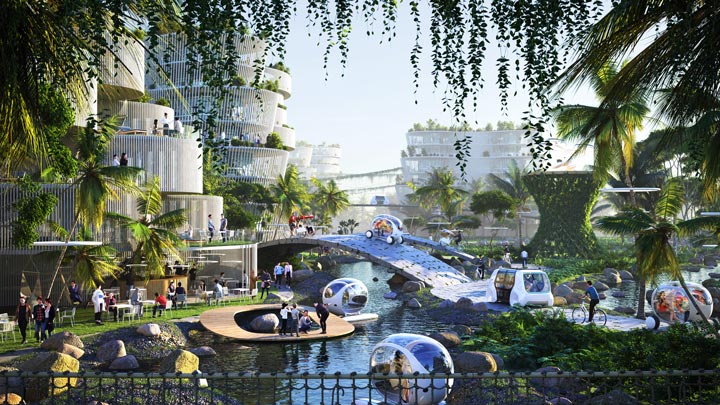 The first island in the masterplan is called Channels. This will comprise the Civic Heart, an area for government and research institutions, and the Cultural Coast district that will resemble Penang state's capital, George Town. As the heart of the island will be a 200-hectare digital park, which BIG says will invite locals and guests to "explore the world of technology, robotics and virtual reality". 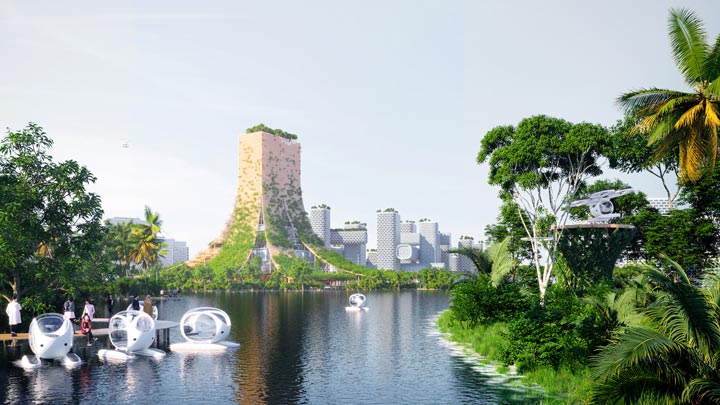 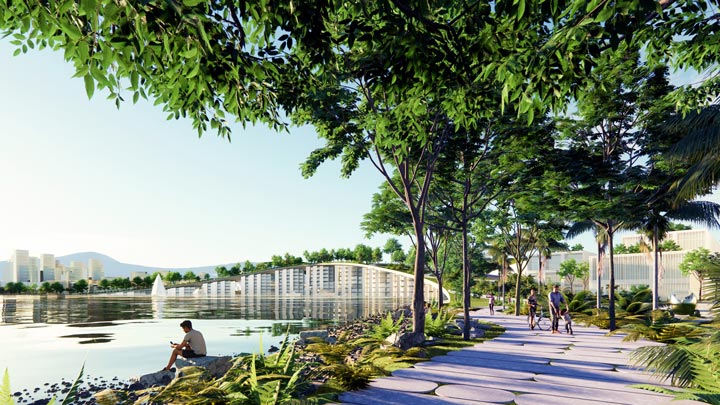 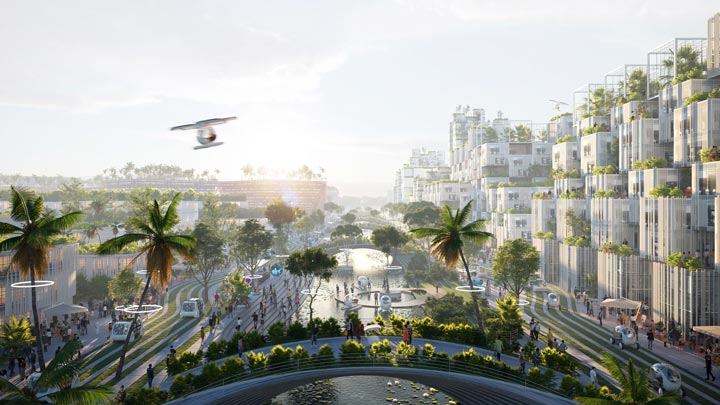 Mangroves is the second and central island of BiodiverCity, which will be dedicated to business-focused districts. At its center will be the Bamboo Beacon – a facility for conferences and major events. Here, districts will be organized around a network of urban wetlands and Mangrove forests. 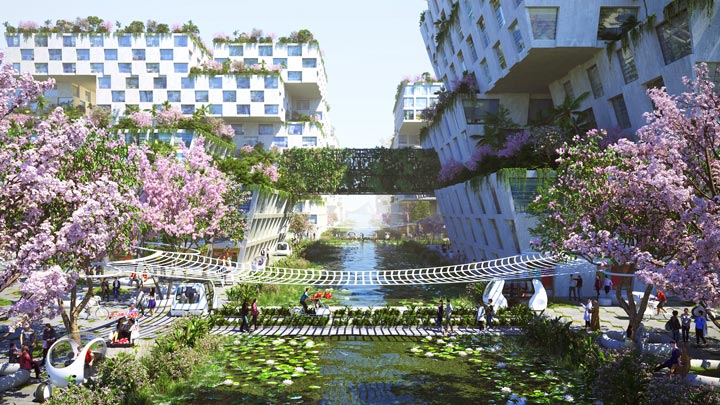 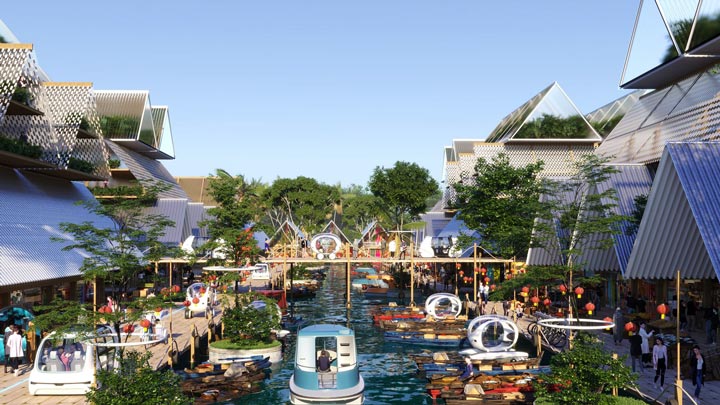 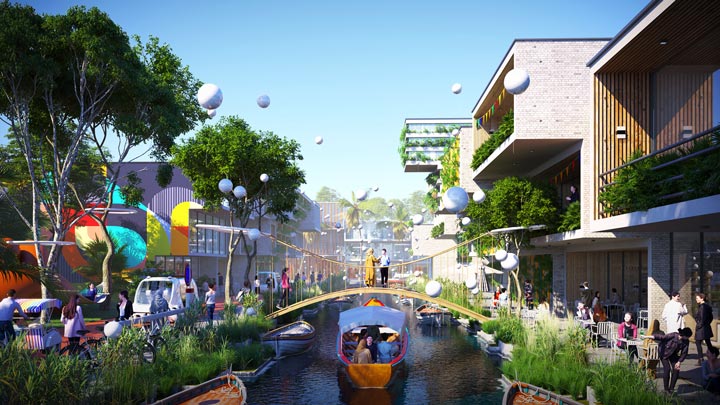 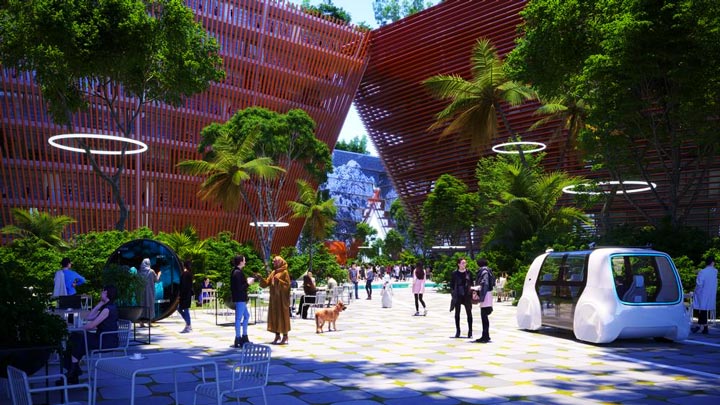 The final island, named The Laguna, is described by BIG as a miniature archipelago and will be composed of eight smaller islands organized around a central marina. It comprises floating, stilted and terraced housing for residents and will also provide spawning grounds for aquatic life to help develop new marine habitats. 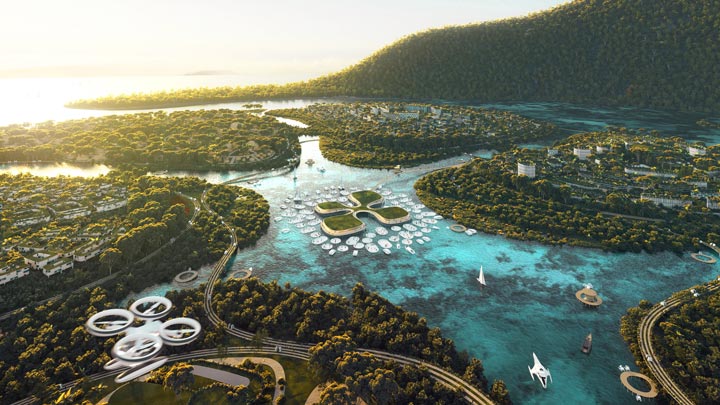 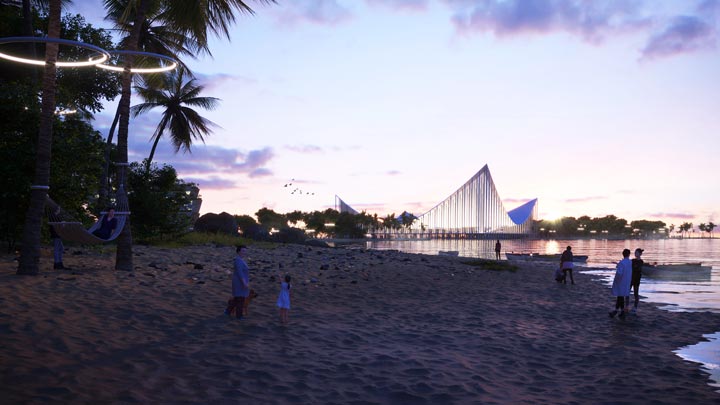 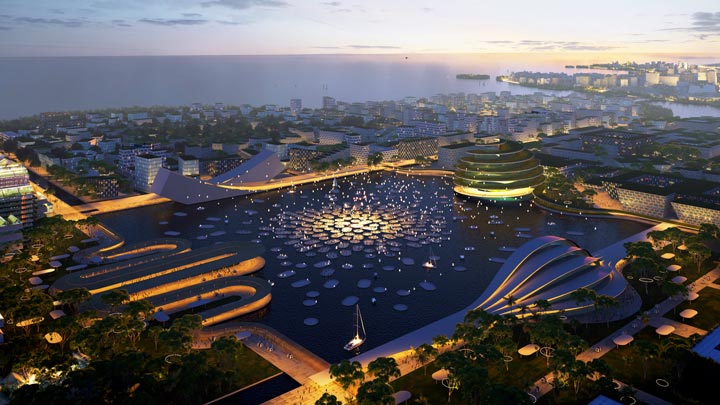 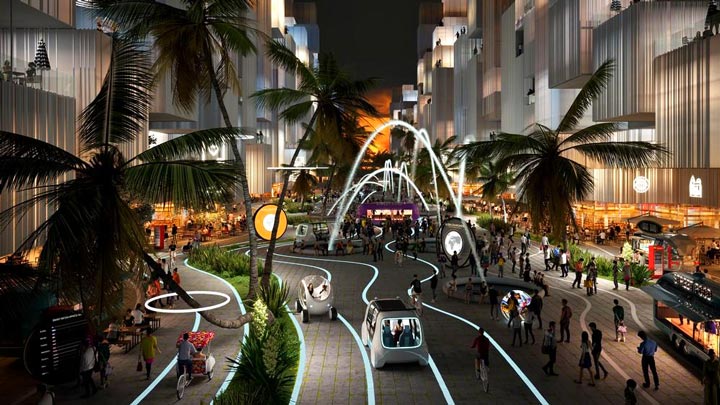