The Mercedes-Benz S-Class is a series of full-size luxury sedans, limousines, and armored sedans produced by the German automaker Mercedes-Benz, a division of German company Daimler AG. The S-Class is the designation for top-of-the-line Mercedes-Benz models and was officially introduced in 1972 with the W116, and has remained in use ever since. The S-Class is the flagship vehicle for Mercedes-Benz. The W223 was unveiled on 2 September 2020. This generation will not feature a coupe or convertible model as they will instead be replaced by the next-generation AMG GT and SL-Class models respectively. 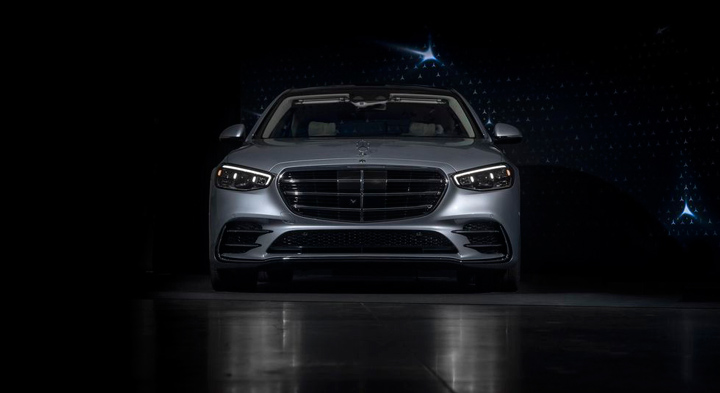 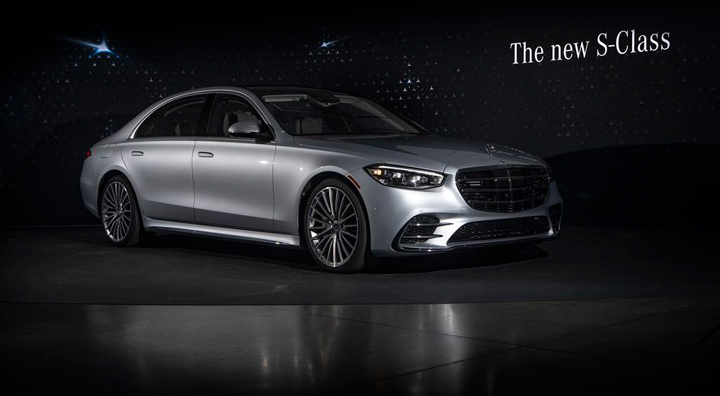 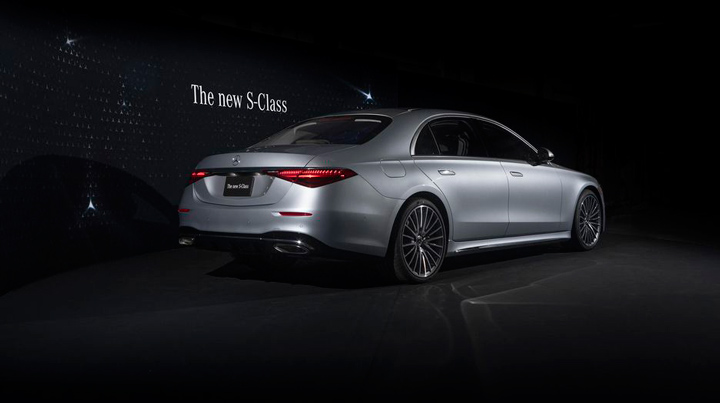 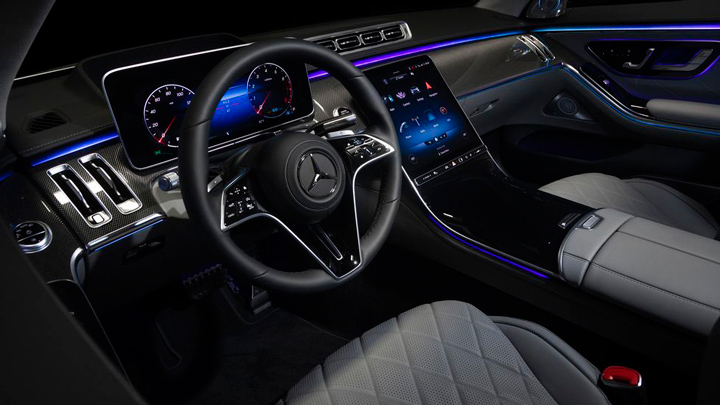 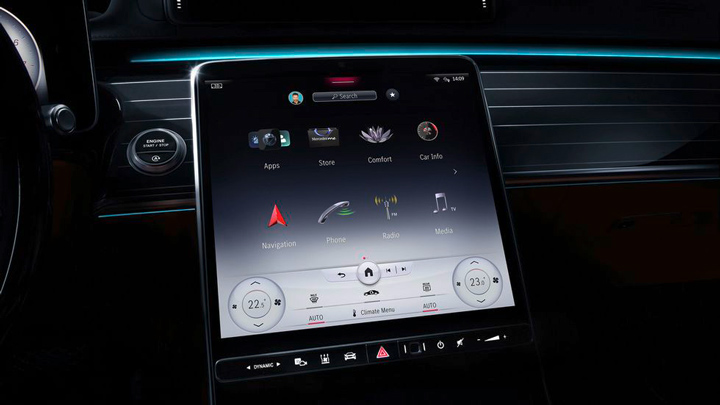 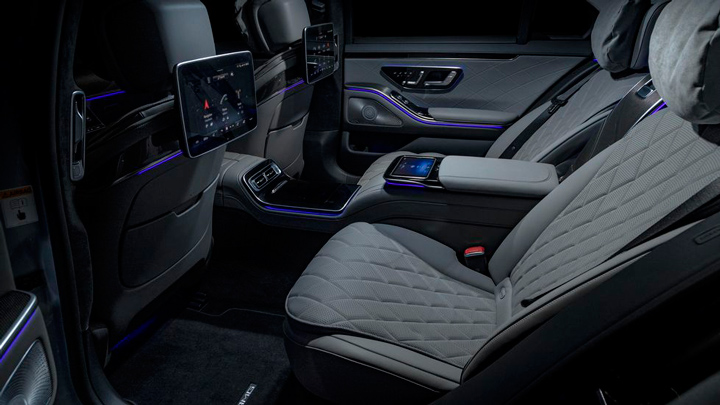 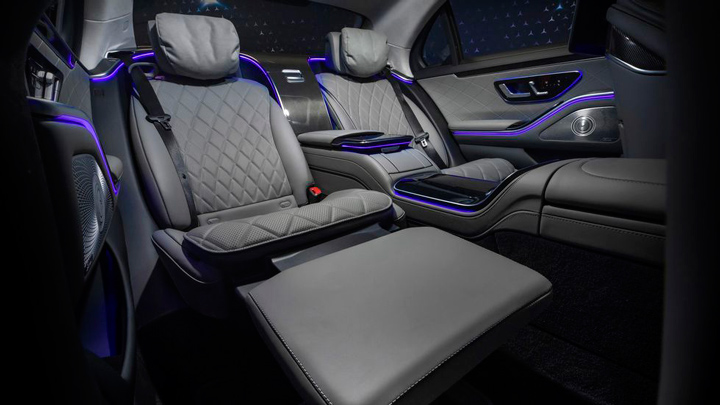 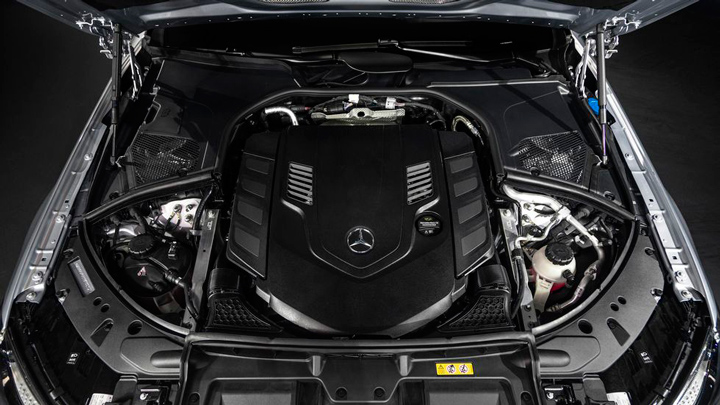 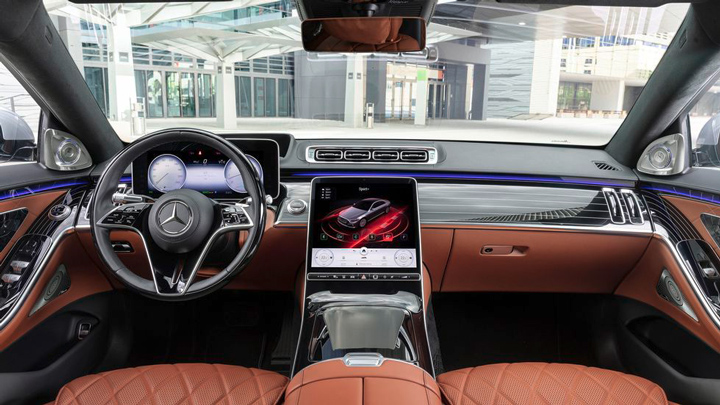 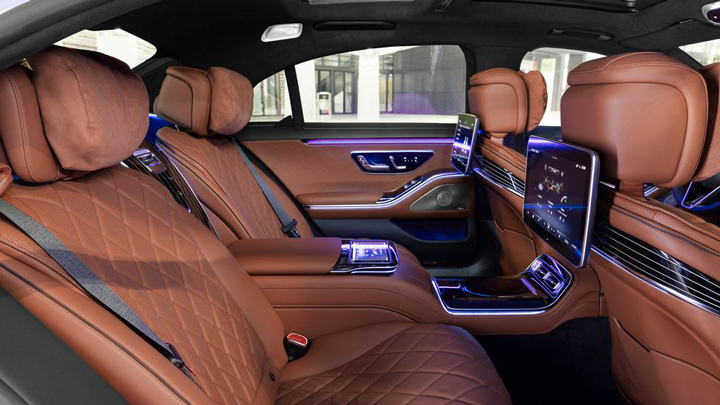 The W223 uses the second-generation Mercedes Benz Experience (MBUX) infotainment system. It features a 12.3-inch instrument cluster and can be optioned with a 12.8-inch OLED center display with haptic feedback. The MBUX system features over-the-air software update support, automatic driver profile selection via voice or fingerprint recognition, and a virtual assistant which activates by saying "Hey Mercedes". Another carryover of MBUX is the augmented-reality navigation feature, and much like voice command, it also receives some updates. The AR navigation now projects a crisper readout onto the head-up display and can project an image virtually at a distance of up to 33 feet (10 meters). The S-Class is a big car in every dimension. Mercedes is taking the stress out of the long-wheelbase by implementing a new all-wheel-steering system. Depending on how effective that is, it could give the new S-Class the turning circle of a mid-size or even a compact sedan. 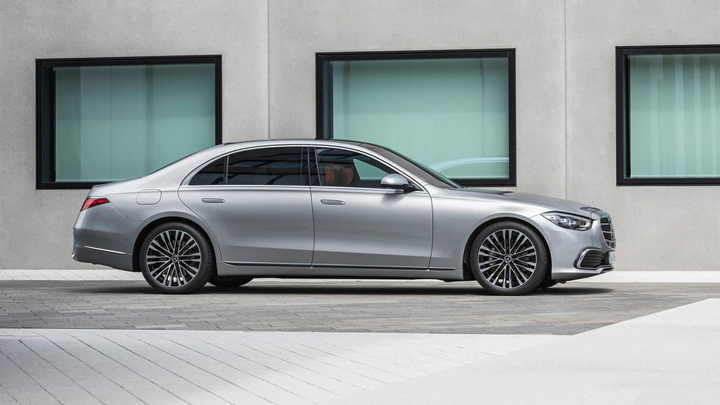 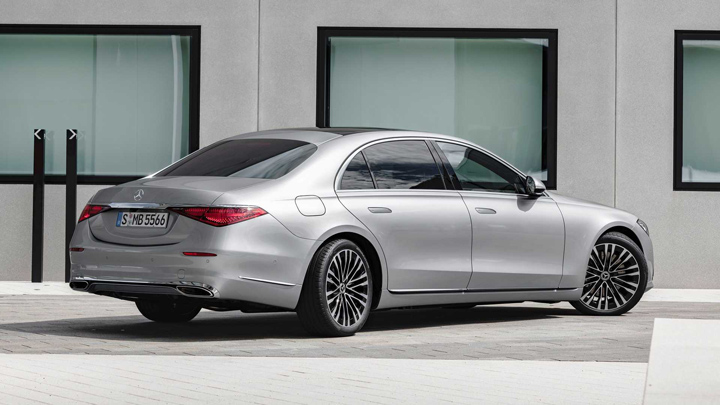 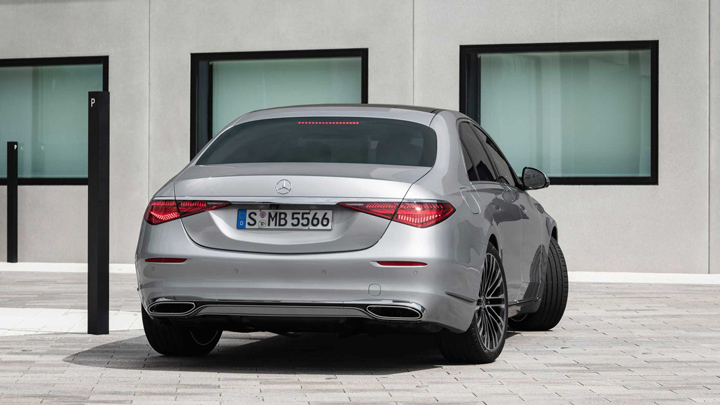 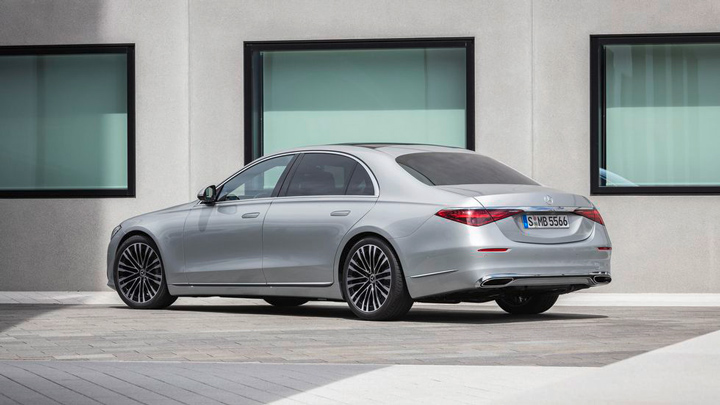 The base Mercedes-Benz S500 gets a turbocharged 3.0-liter inline six-cylinder engine with an integrated starter-generator with EQ Boost – a 48-volt mild-hybrid system – similar to what you get on other modern Benz. That setup is good for 429 horsepower and 384 pound-feet, an improvement of 67 horses and 15 lb-ft over the previous model’s base turbocharged six-cylinder. Power travels to all four wheels and EQ Boost offers an additional 184 lb-ft and 21 hp over short bursts. Up from there, the S580 gets the automaker’s twin-turbocharged V8 good for 469 hp and 516 lb-ft. Mercedes hasn’t released 0 to 60 times, but the S500 and S580 both come paired to the same nine-speed automatic and have an electronically limited top speed of 130 miles per hour and five different drive modes: Eco, Comfort, Sport, Sport Plus, and Individual. 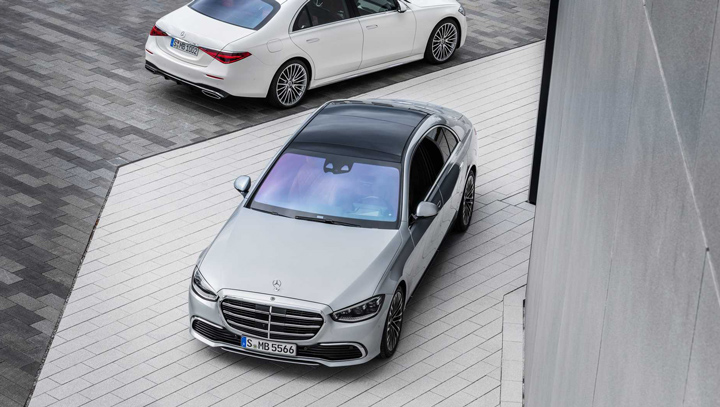 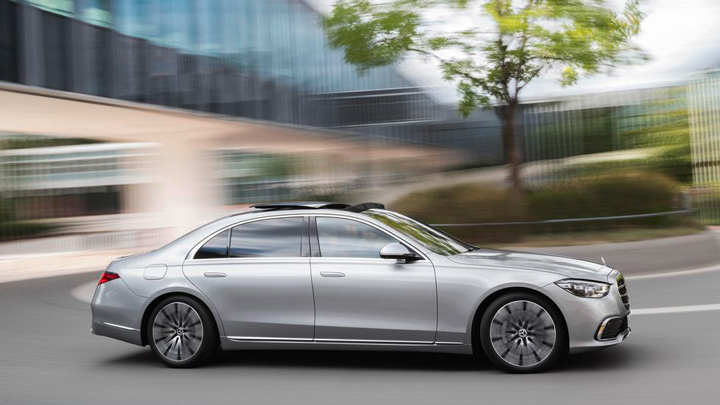 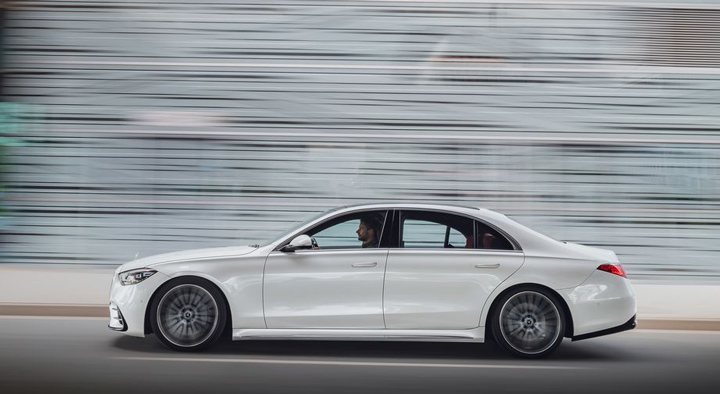