Dalian International Conference Center, located in China, is designed by Coop Himmelb(l)au Architectural Firm. The building, with an area of 40000 m2 has both to reflect the promising modern future of Dalian and its tradition as an important port, trade, industry and tourism city. The footprint of the building on the site is therefore arranged in accordance with the orientation of the two major urban axes which merge in front of the building. Dalian International Conference Center has won numerous awards such as International Architecture Awards 2014, A+Awards 2013, etc. 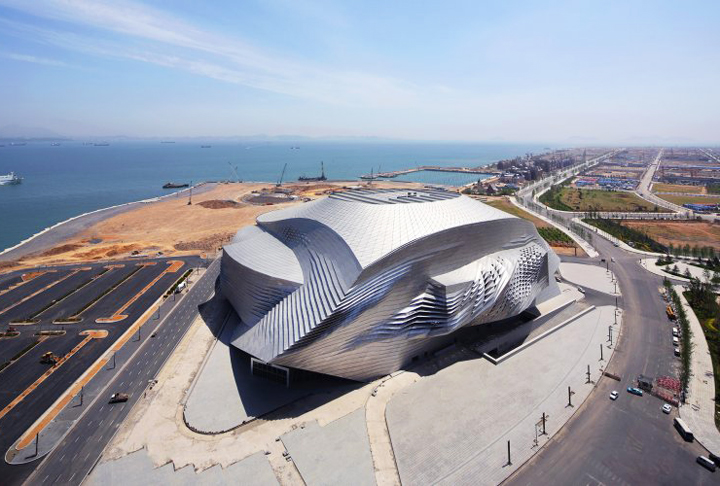 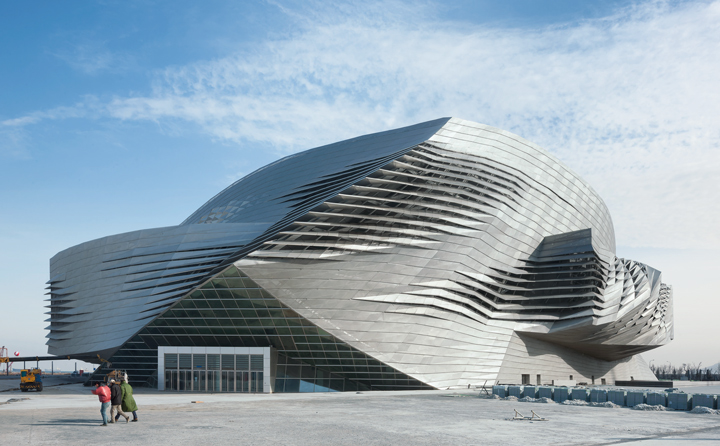 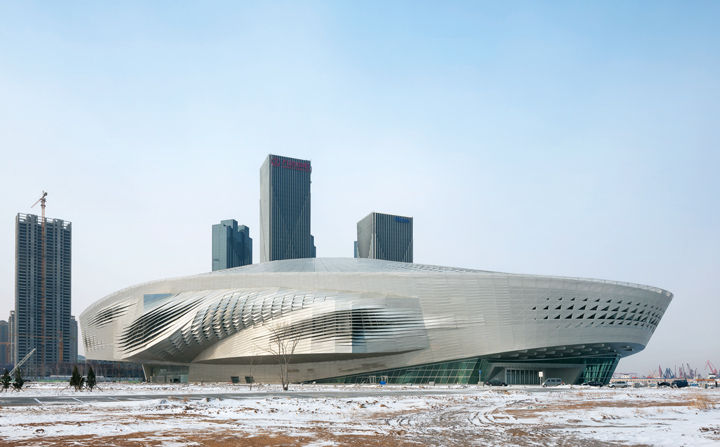 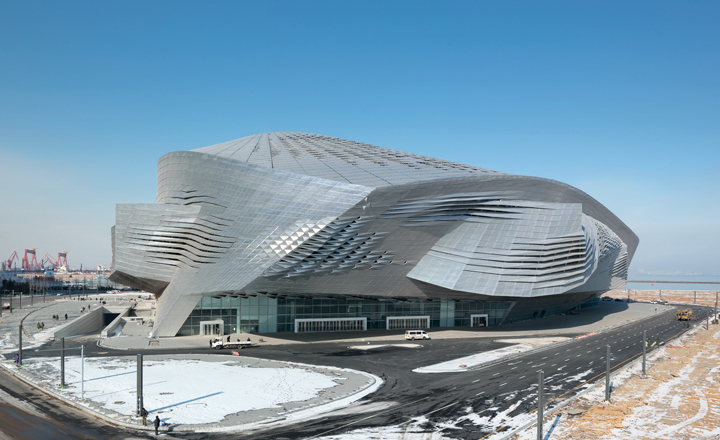 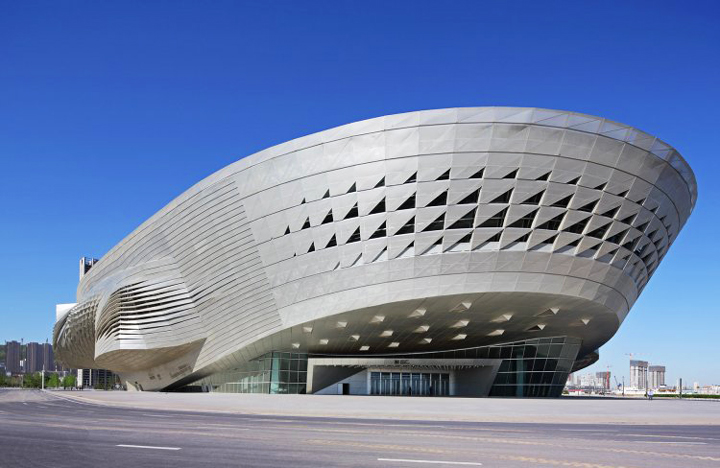 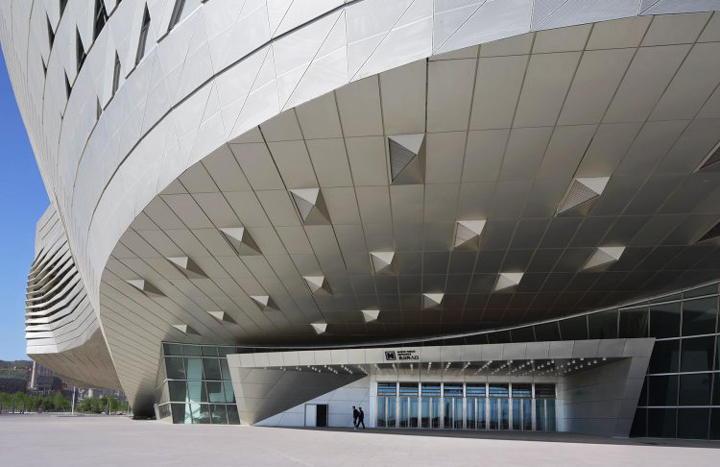 The geometry of the façades is articulated by the shape of conference rooms which seem to pierce it, thus creating a multifaceted body. The theatre and conference rooms are overarched by a shallow cone-shaped roof structure, with controlled daylight systems that stimulate a relaxed ambiance in the interior. A public zone at ground level allows for differentiating accessibility for the different groups of users. The grand theater, with a capacity of 1.600 seats, and the directly adjacent flexible conference hall of 2.500 seats, are positioned at the core of the building. 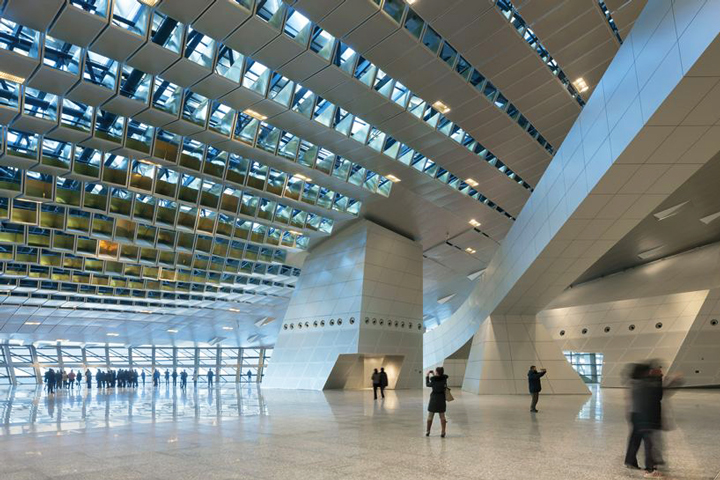 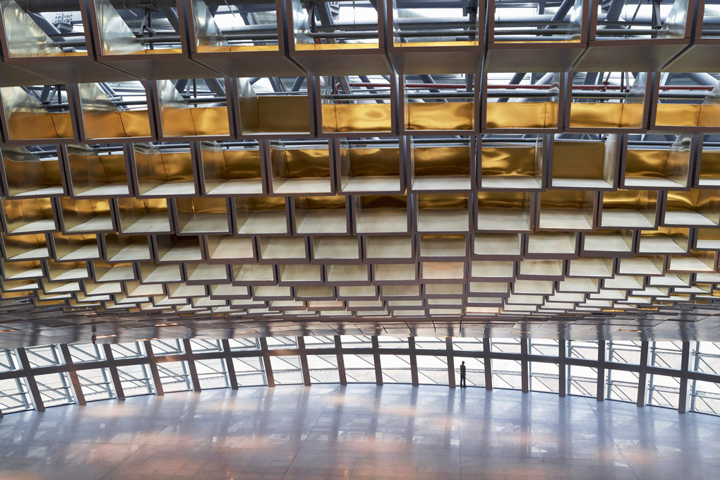 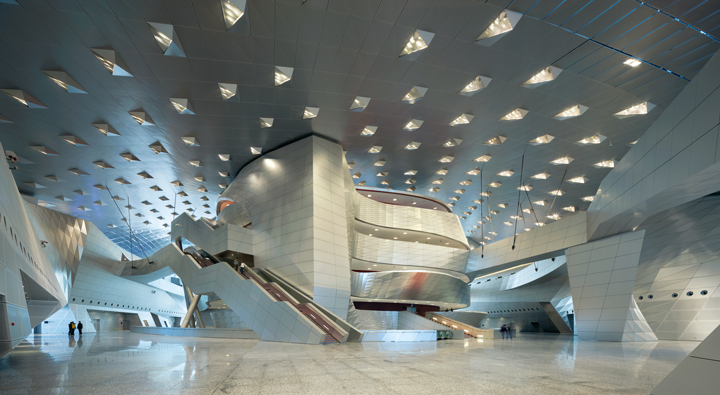 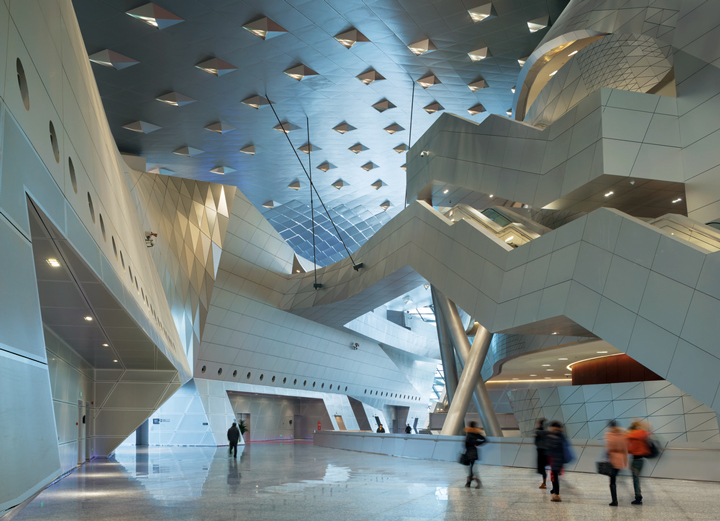 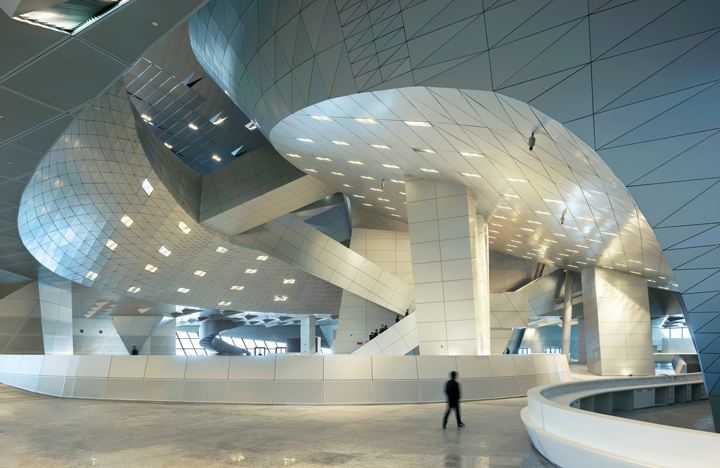 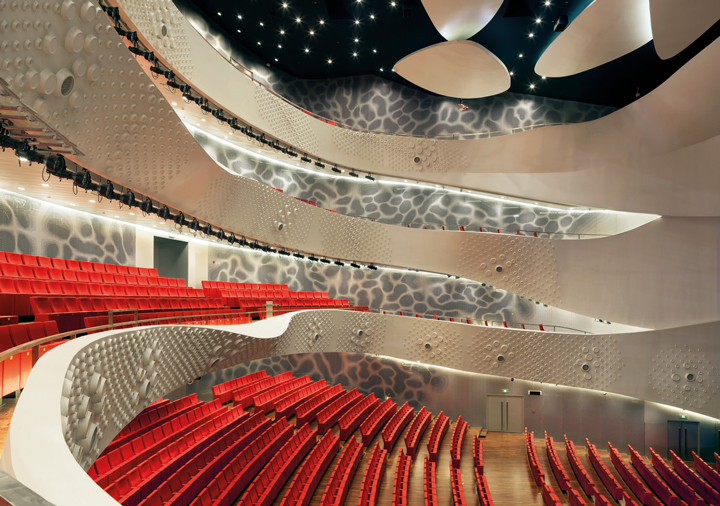 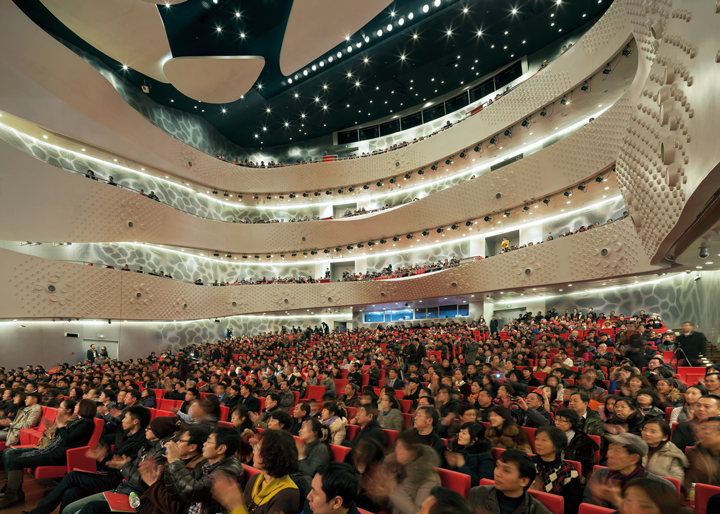 With this arrangement, the main stage can be used for the classical theater auditorium as well as for the flexible multipurpose hall. The smaller conference spaces are arranged like pearls around this core, providing very short connections between the different areas. Most conference rooms and the circulation areas have direct daylight from above. The informal meeting places, as well as chill-out and catering zones, and in between the halls, gardens with view connection to outside are provided as required for modern conference utilization. 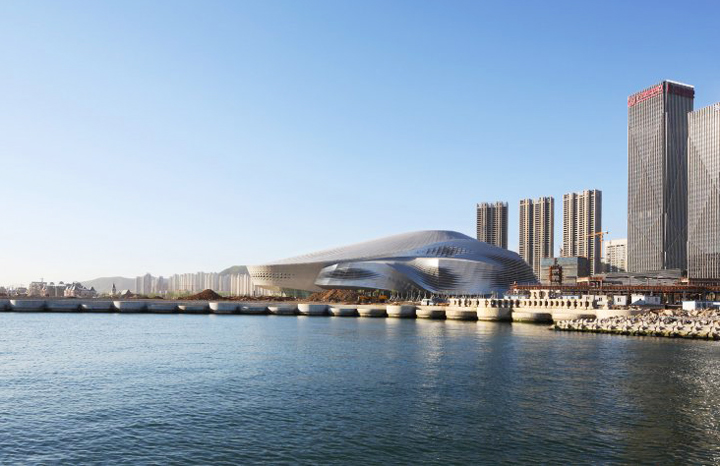 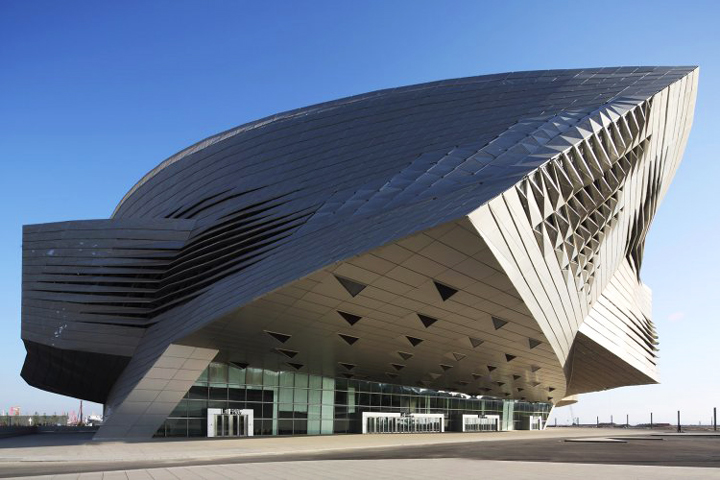 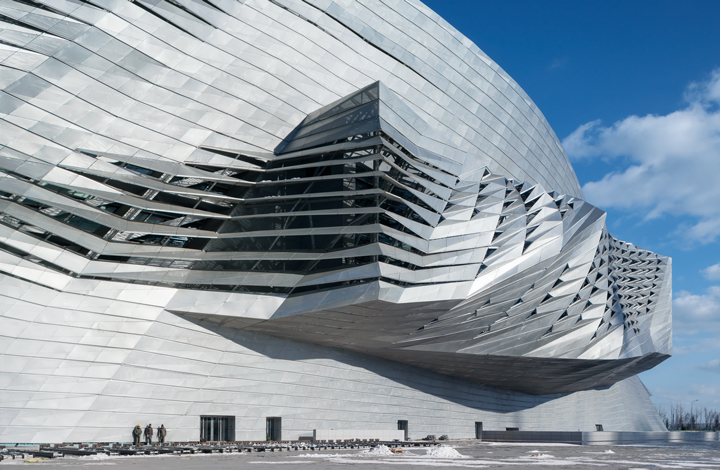 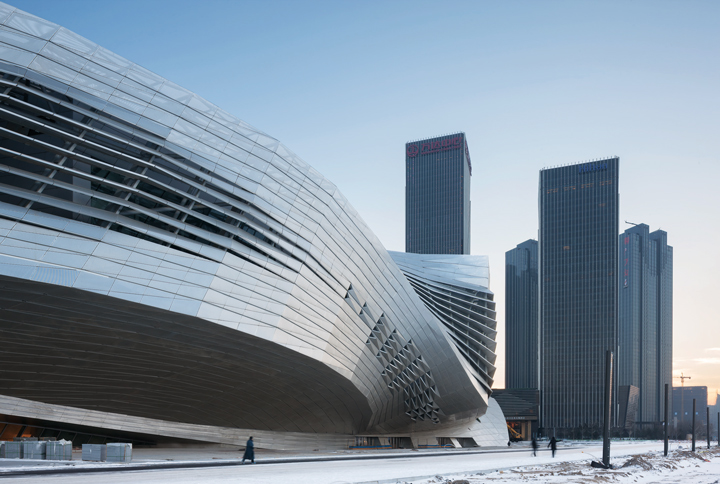 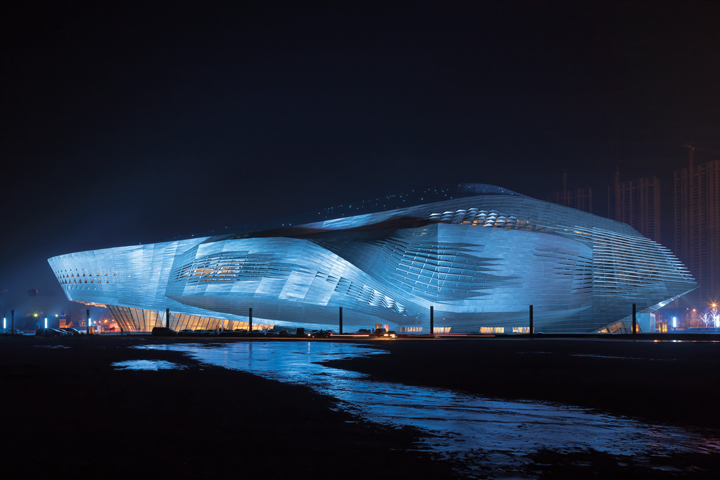 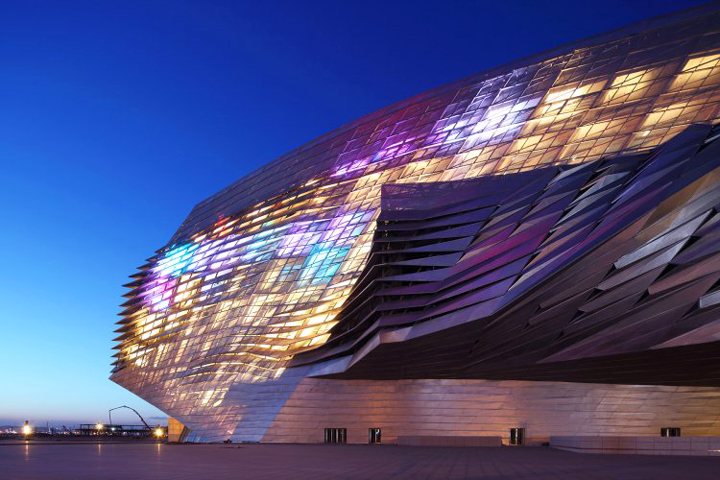