Presence in Hormuz is a series of urban developments by a semi-public institution that hired ZAV Architects, in order to empower the local community of Hormuz Island in South of Iran. Described by ZAV Architects as a "cultural residence", the 10,300-square-metre housing contains around 200 brightly coloured domes overlooking the Persian Gulf. “You cannot remove color from the island of Hormuz – its coloured sand beaches change even the color of the blue sea, nor of its people, for whom color is an important mean of expression be it in their clothing, the interior of their houses, or even their food," said the studio. All of the domes have been painted in bright shades of red, yellow, blue, and green to give the community a colorful exterior and interior space. 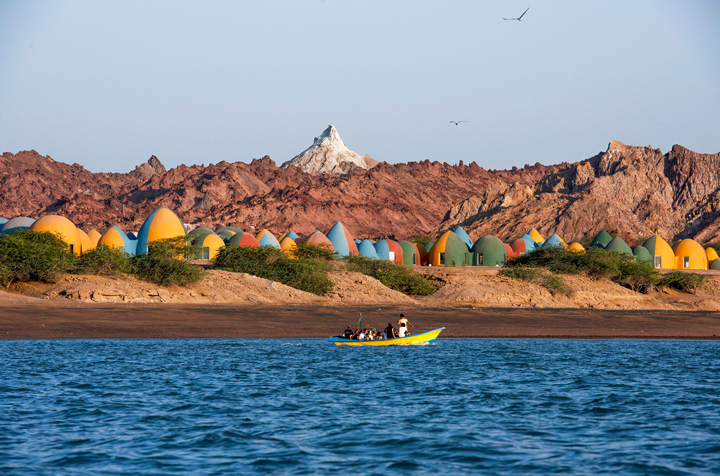 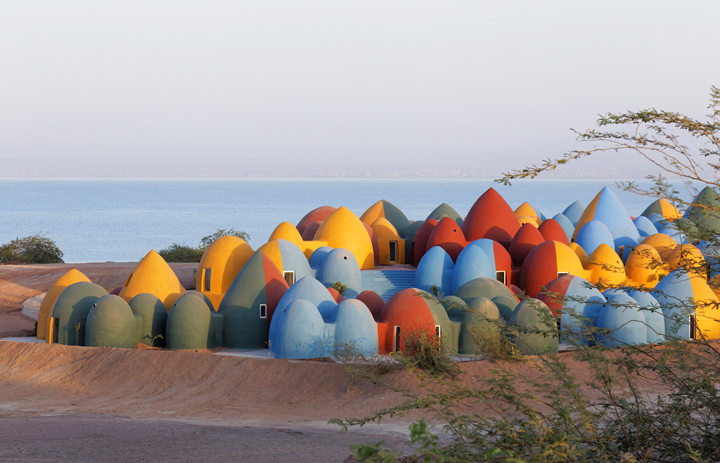 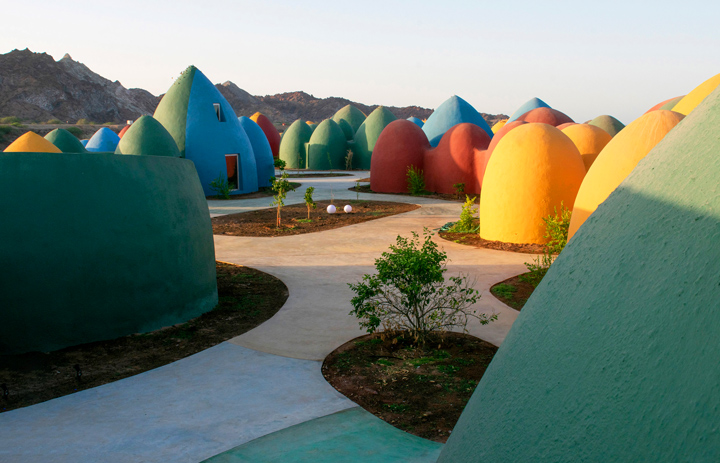 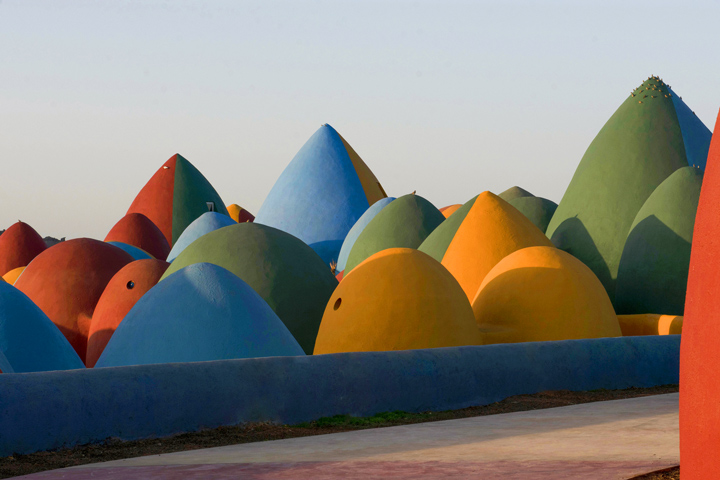 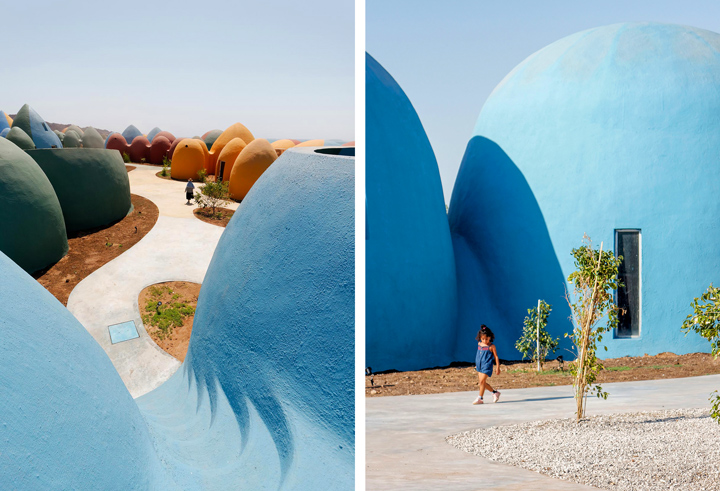 In total, the development contains 15 holiday homes that occupy multiple interconnected domes of varying sizes. These structures stand alongside other interconnected-domed buildings that contain restaurants, cafes, souvenir shops, tourist information and reception areas. ZAV Architects arranged the domes closely together to create a sense of community and give the development a distinctive outline that was drawn from the island's natural forms. 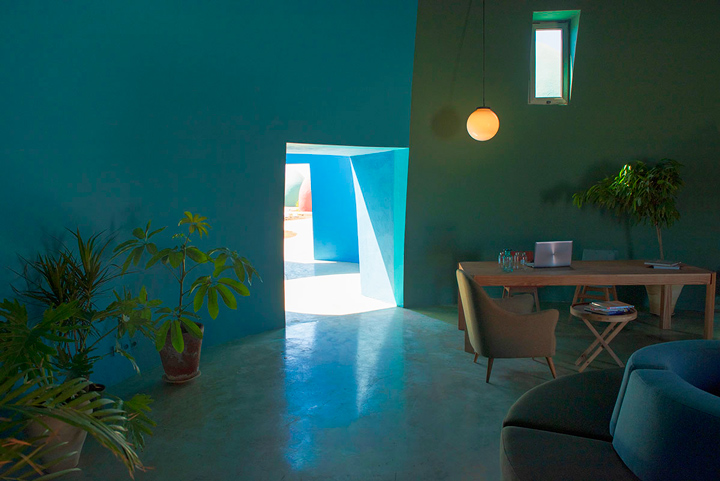 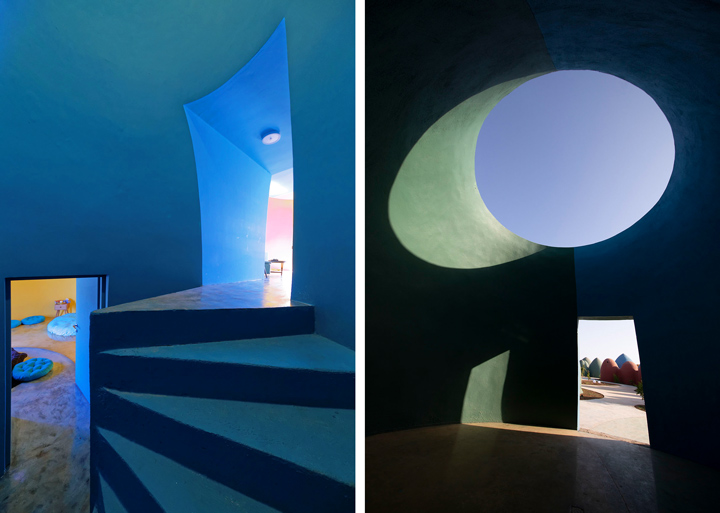 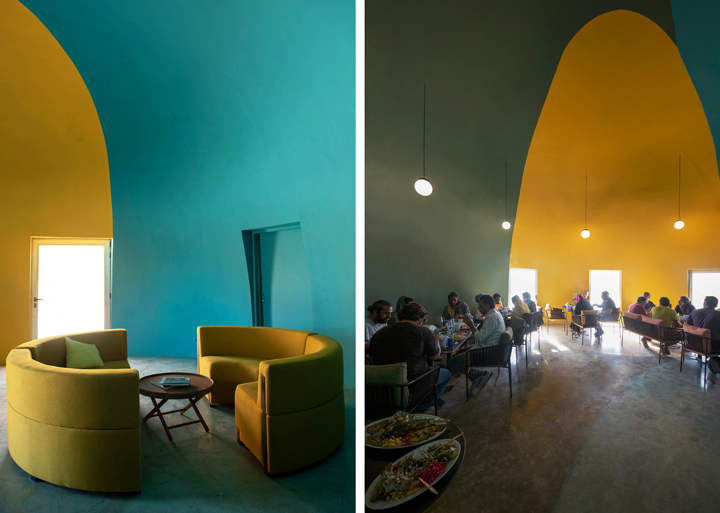 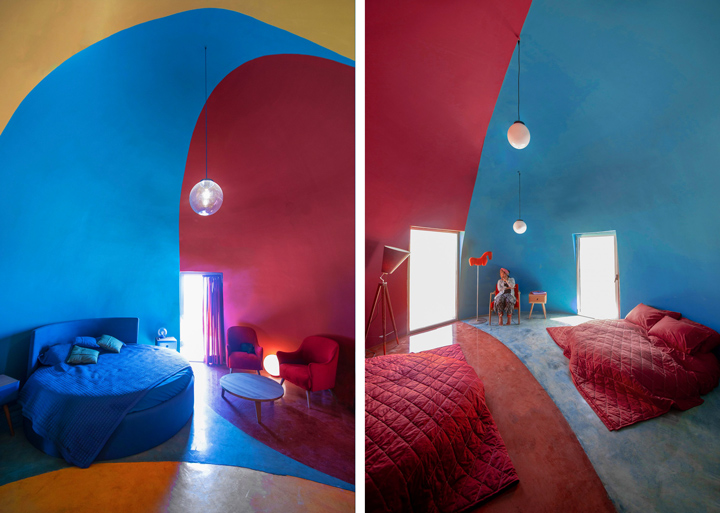 Each of the domes was constructed using a low-tech method with a structure made of stacked sandbags, which were filled with soil and sand dredged from Hormuz dock. This technique, known as "Superadobe" invented by Iranian-born architect Nader Khalili, is a simple and innovative technique used in the region. The sandbags forms were supported with steel and finished with cement. Domes are familiar structures in the region. Their small scale makes them compatible with the building capabilities of local craftsmen and unskilled workers. According to the studio, construction method meant that the buildings could be largely completed by people in the local community. 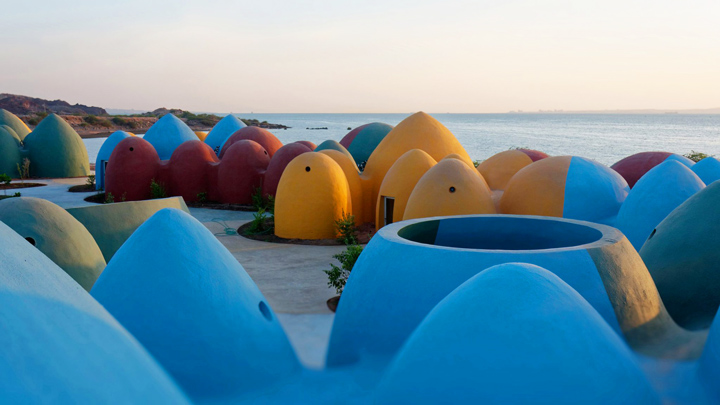 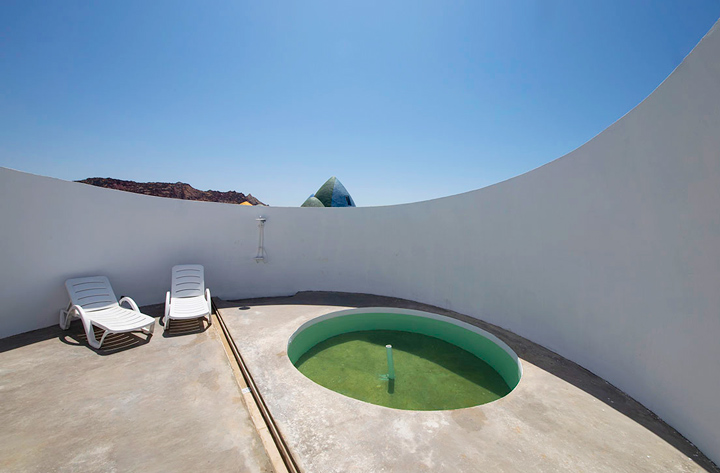 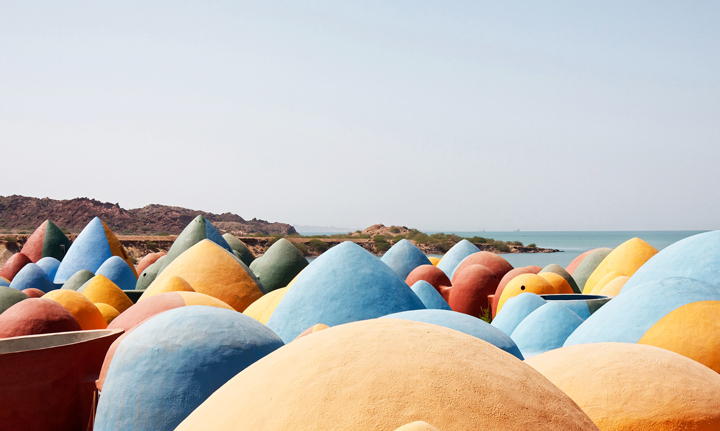 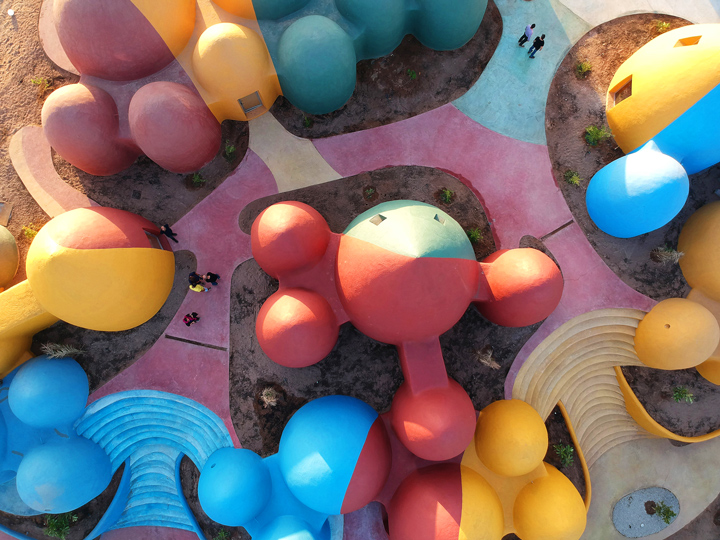 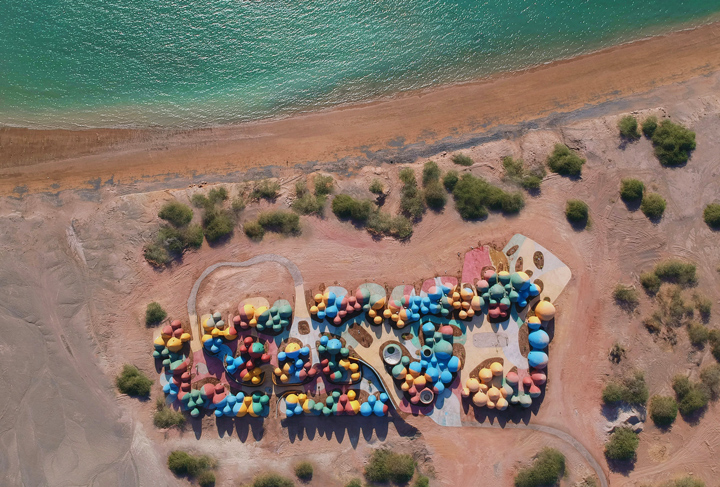