Situated within Hudson River Park, Little Island is transforming the Pier 55, a former industrial jetty, into idyllic public parkland, at a cost of $250 million. The London-based design firm Heatherwick Studio was awarded the project in 2013 following a design competition. The pier needed to be both a public park and a world class outdoor performance space. While the idea of a levitating park was plenty whimsical, the architects showed real concern about disturbing marine life habitats. Interested in the hundreds of old wooden piles which stuck out of the Hudson River as the structural remains of the old piers, the studio determined to leave the wooden piles in place, lofting the undulating park over them. 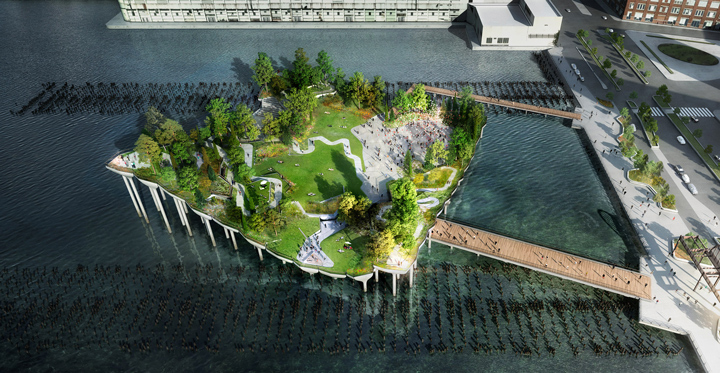 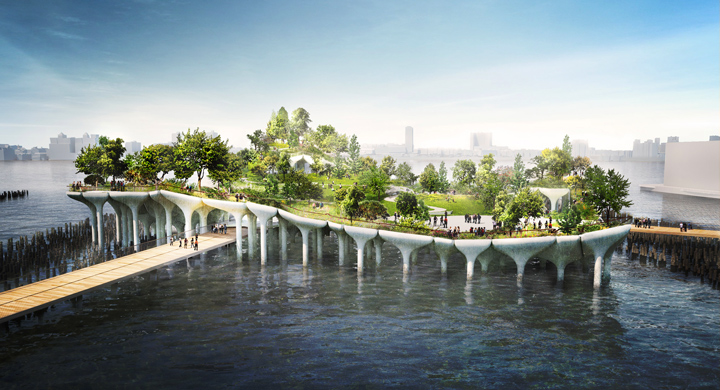 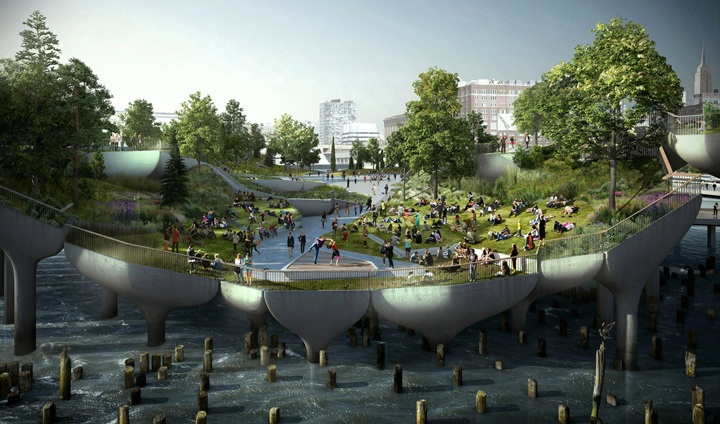 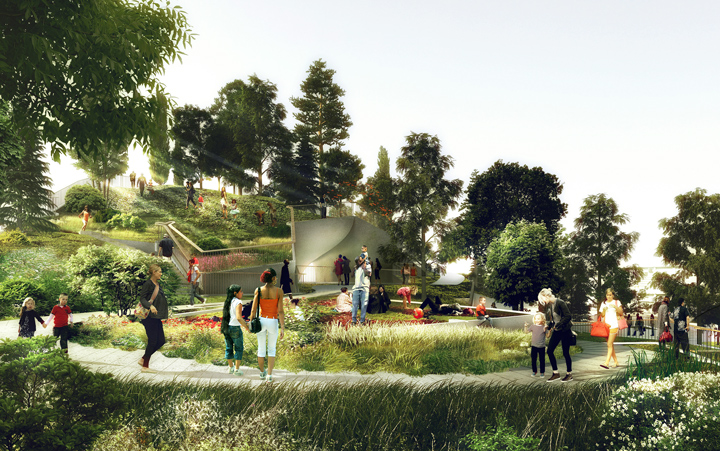 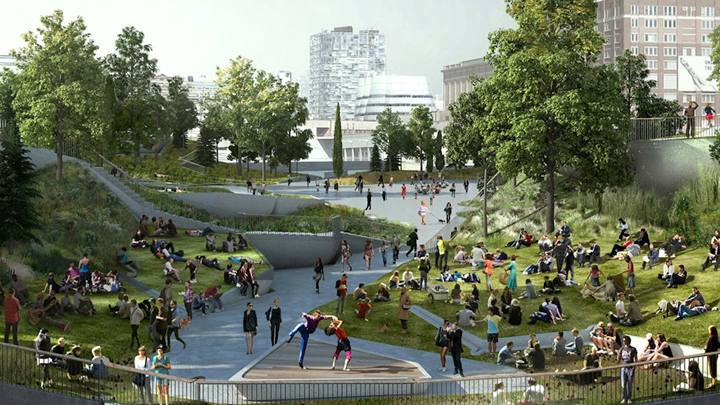 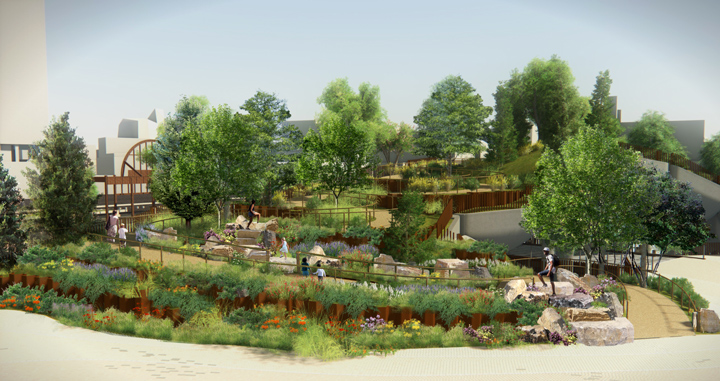 The idea evolved to take the new concrete piles that would be needed and to continue them out of the water. They are designed to look like tulips that rise in varying heights – rising between 15 to 62 feet (4.5 to 18.9 meters) above the river to create a topographical landscape, and enable different views of the city. Hundreds of unique molds were needed to form the pot modules and scores of steel plates to fasten them together (in groups of four). 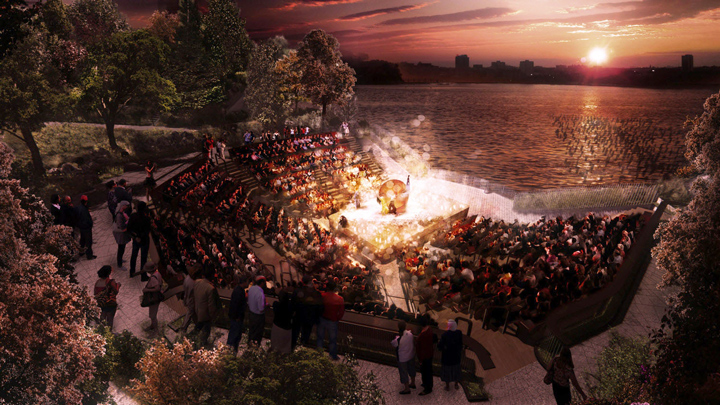 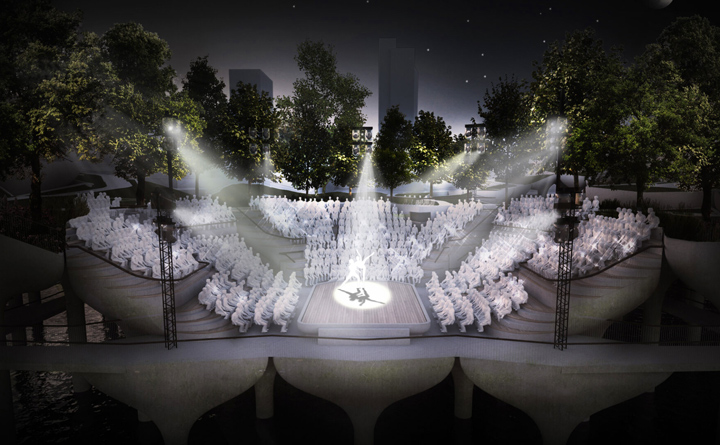 The resulting design developed as a system of repeating 280 piles which each form a generous planter at their top. The British studio has worked with Signe Nielsen of Mathews Nielsen Landscape Architects to design the 2.4-acre- green space to include lawns, paths and rolling hills. It is also set to be home to more than a hundred different species of indigenous trees and plants. 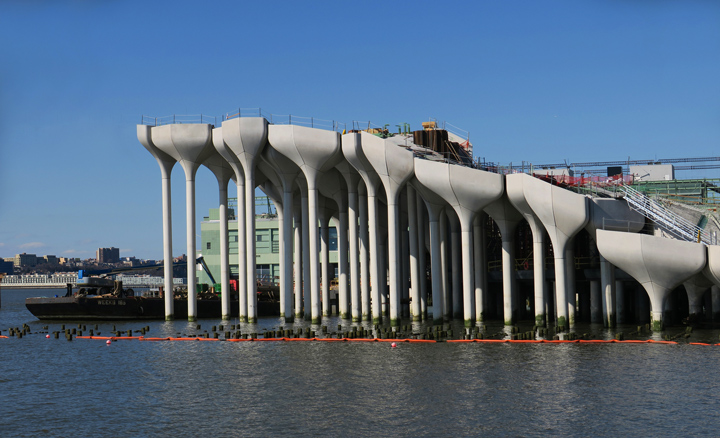 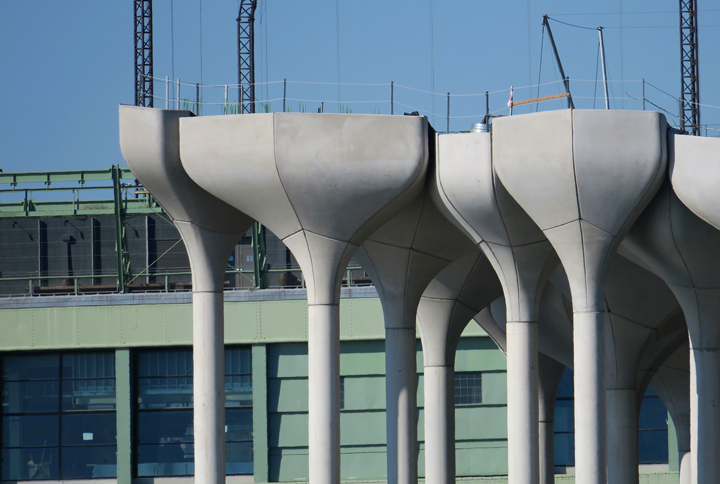 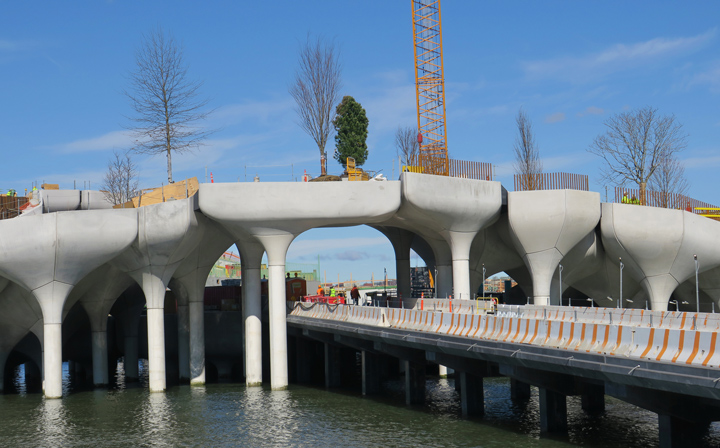 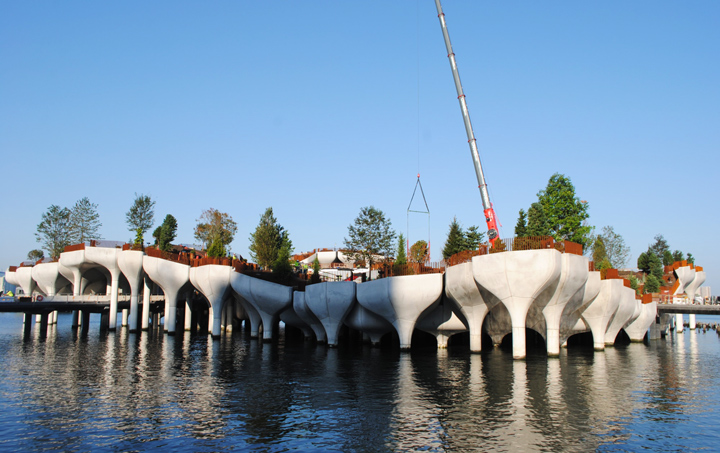 As well as being a beautifully landscaped public park, the new pier will contain an outdoor theatre for over 700 people, a smaller performance space for 200, a main space for 3,500 and many pathways and viewing platforms among other recreational spaces. Little Island is currently under construction. 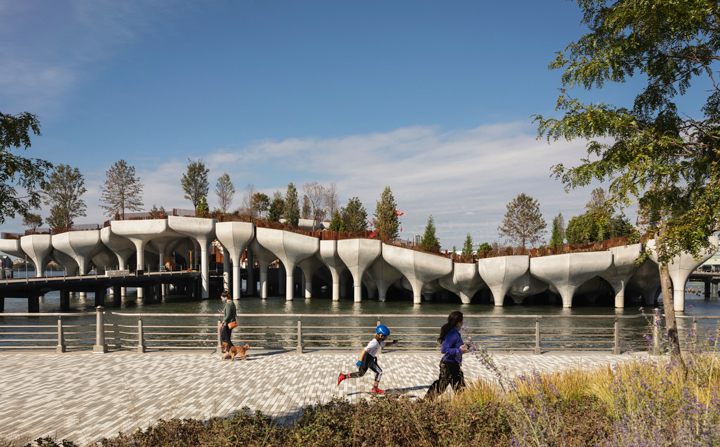 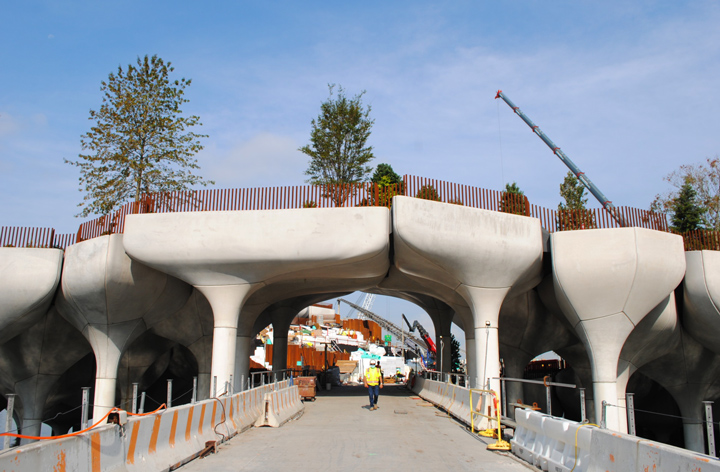 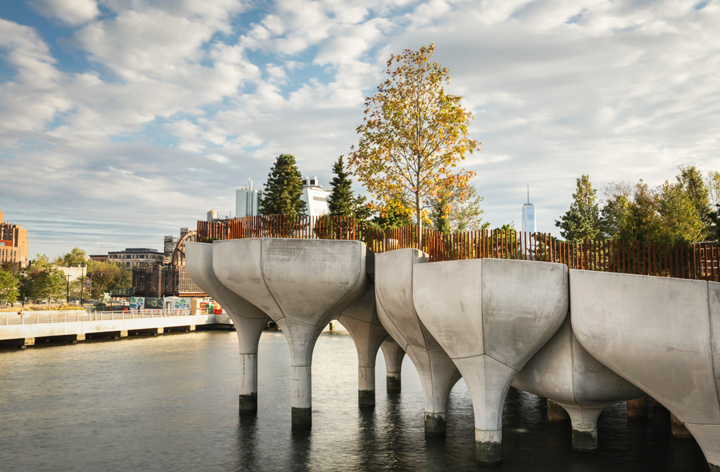 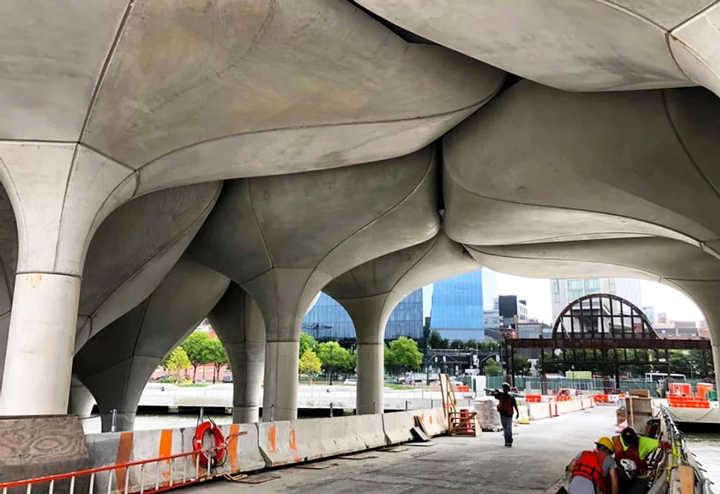