White Sands National Park, located in New Mexico, USA, is the largest gypsum sand dune in the world. Here, great wave-like dunes of gypsum sand have engulfed 275 square miles of desert. Over 250 million years ago, the area that is now White Sands used to be a body of water called the Permian Sea. When the sea dried up and disappeared, the gypsum seabed eventually broke down into smaller particles. 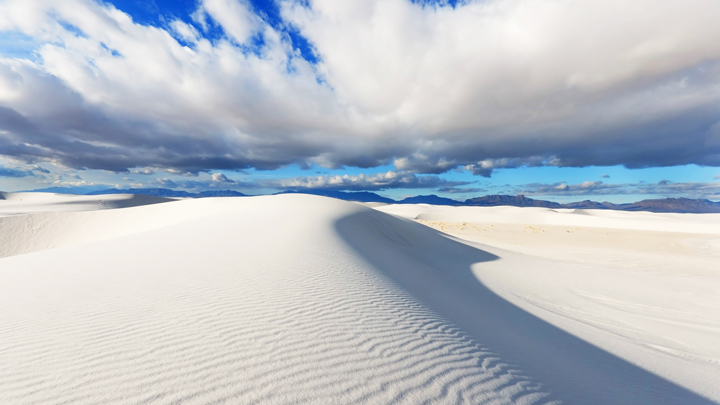 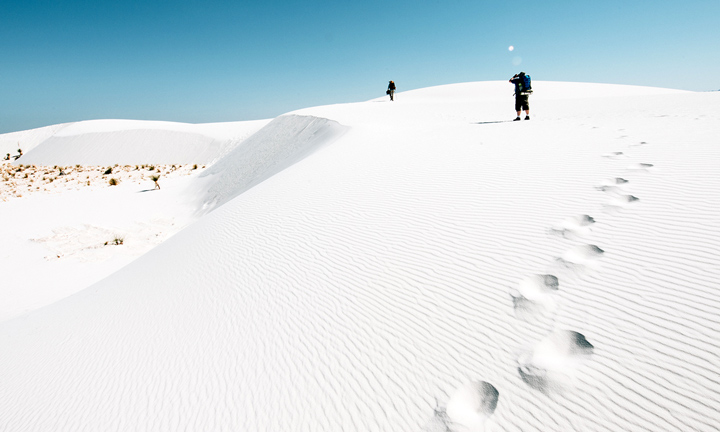 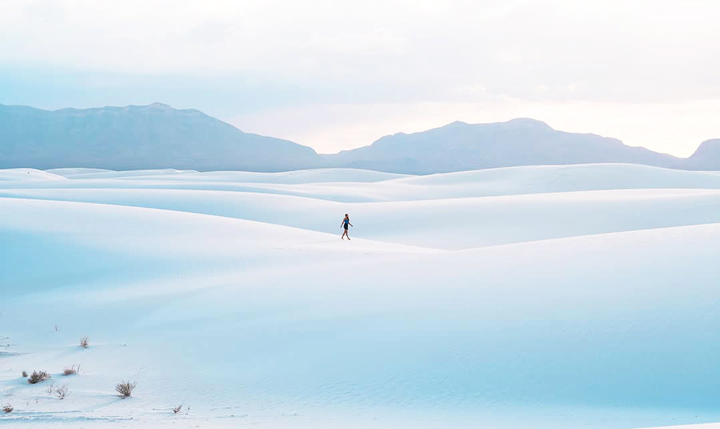 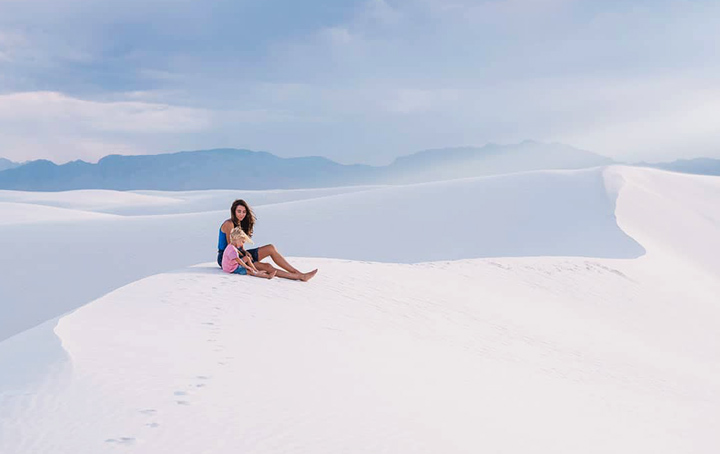 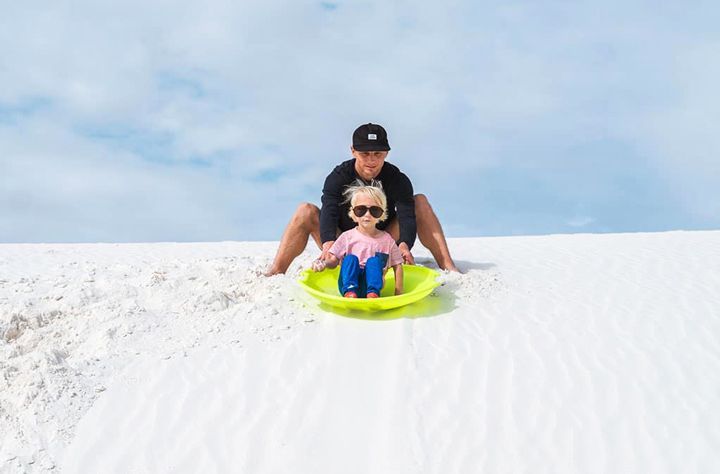 Gypsum is a mineral that technically dissolves in water, but since the area is so dry, bright white hills of tiny crystals formed. Gypsum is actually a clear crystal, but because the particles are always blowing around and bumping into each other, the scratched surfaces make it appear white. 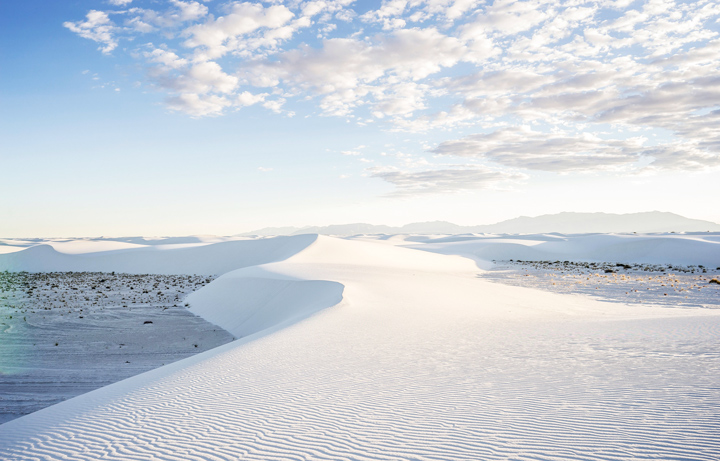 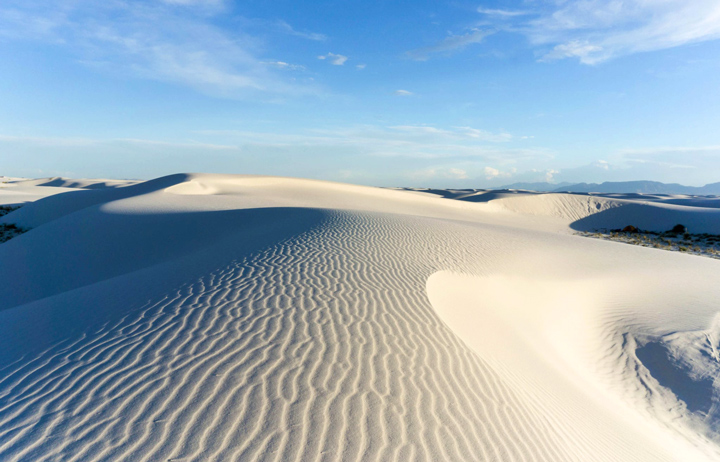 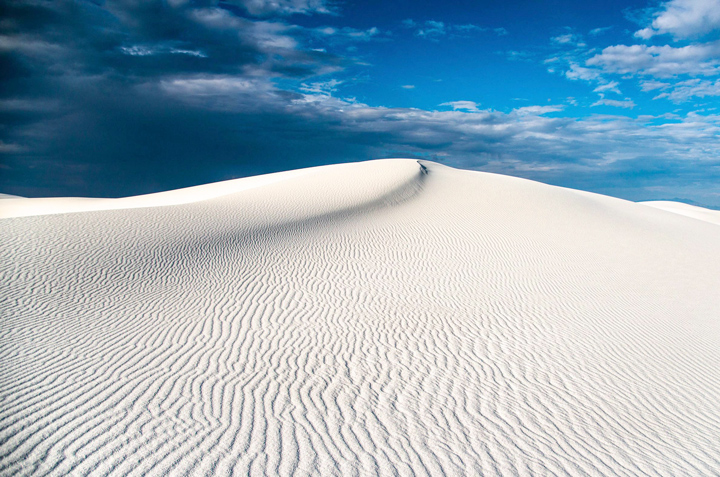 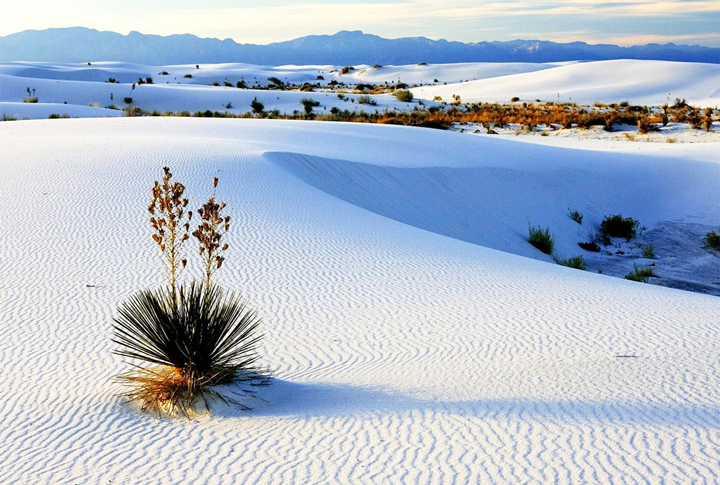 Unlike silica sand, gypsum doesn’t absorb heat from the sun. So even on the hottest day of the year, the dunes are cool and comfortable to walk on, making White Sands a nice stop in the summer. The most comfortable time to visit weather-wise is autumn (late September, early October) and spring. In summer and winter, you’ll be dealing with hot and cold extremes, so you need to be extra prepared for both. 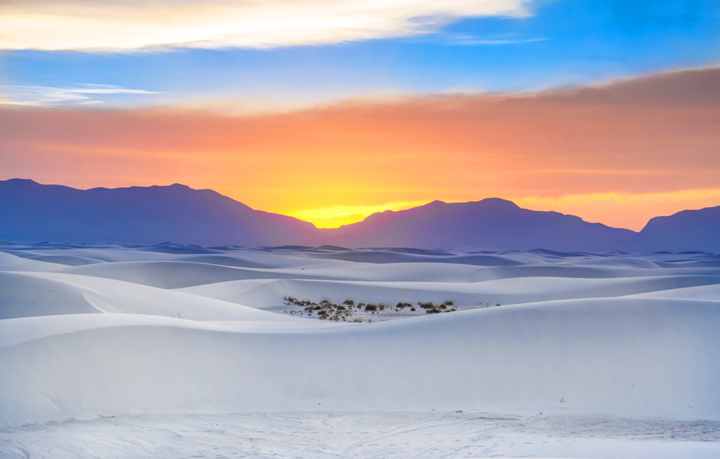 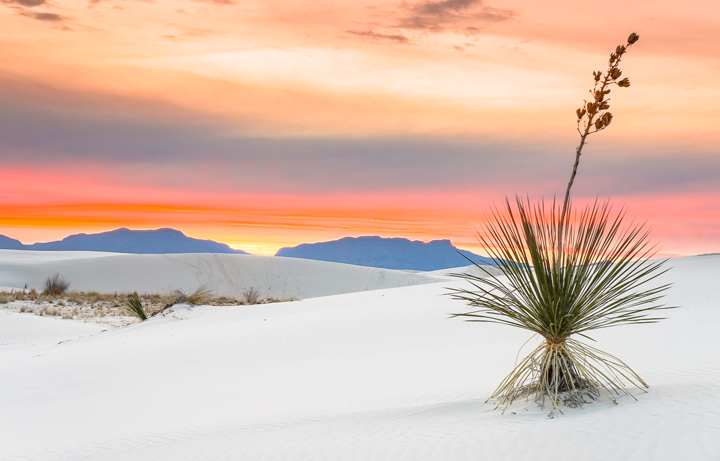 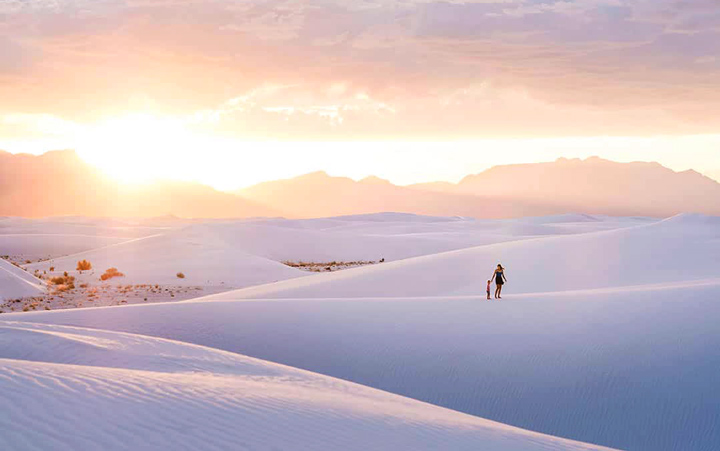 Visitors can hike, partake in education programs and even sled down the dunes in a few designated places. Additionally, the monument offers tours and activities such as full moon night programs, special events, and tours of Lake Lucero. White Sands was established as a national monument in 1933 and re-designated as a national park in 2019. 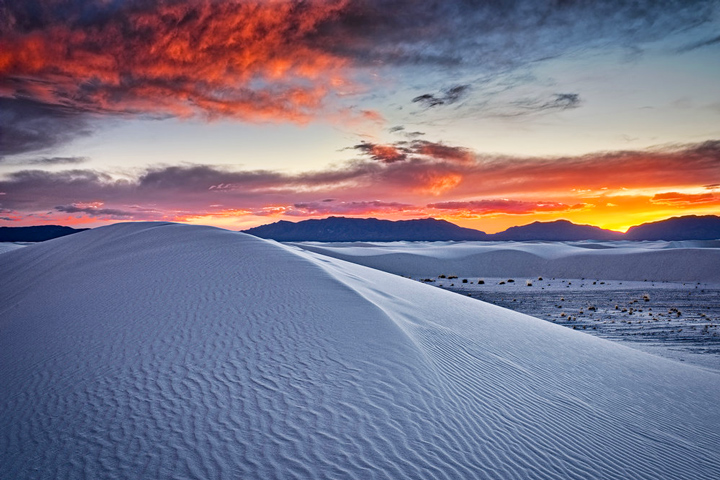 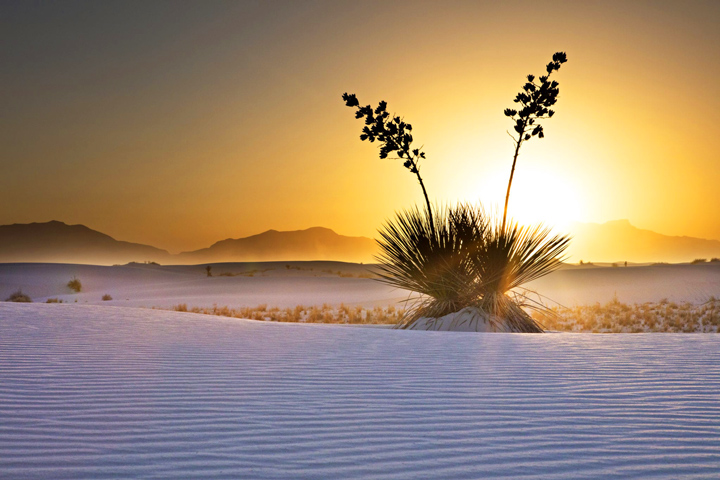 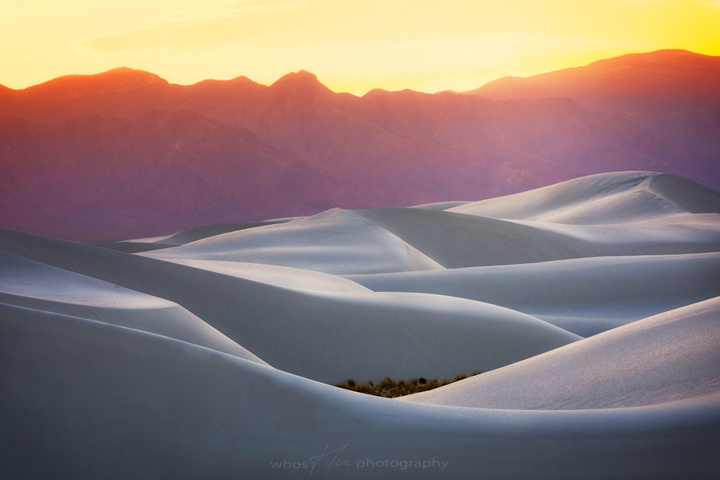 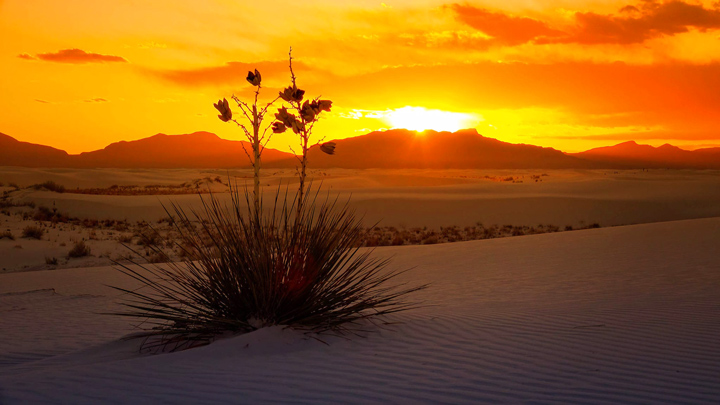 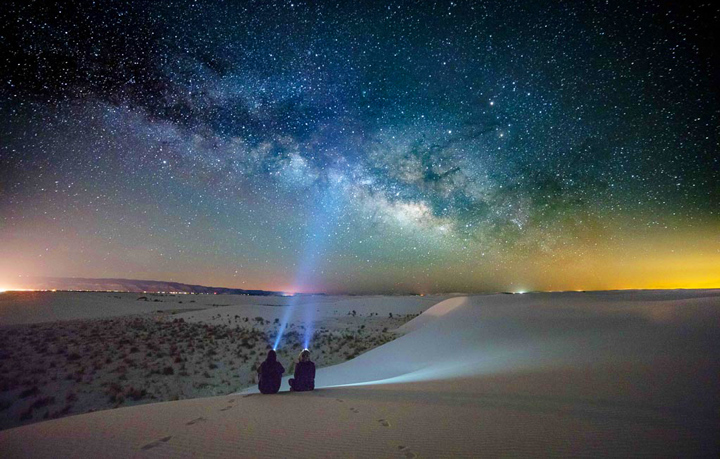