10. Al Said – $300 Million
Lürssen Yachts is behind this luxury private yacht belonging to, and named after, Qaboos Bin Said Al Said, the Sultan of Oman. It is currently the world's second highest displacement super-yacht (15,850 tons) after Dilbar, the third most powerful (22,127 HP). 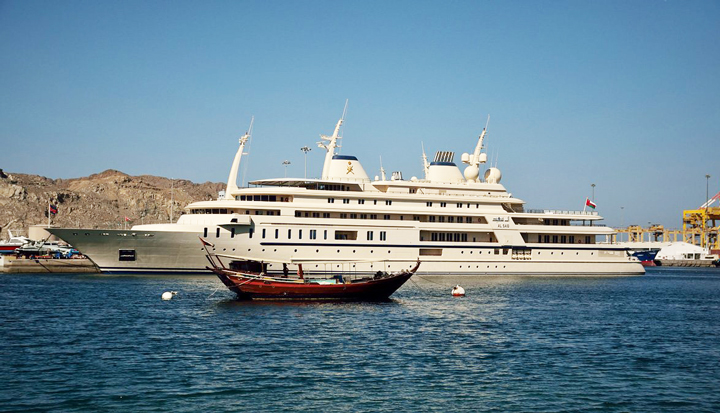 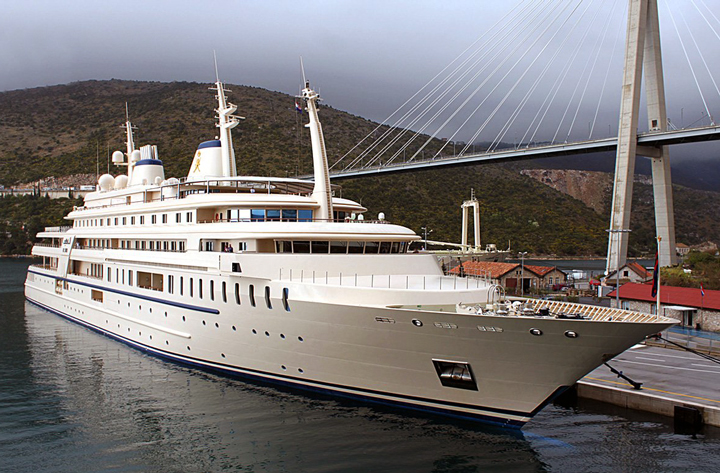 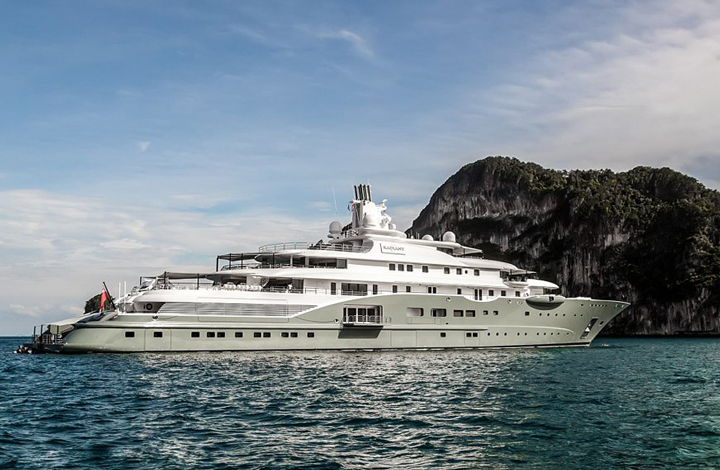 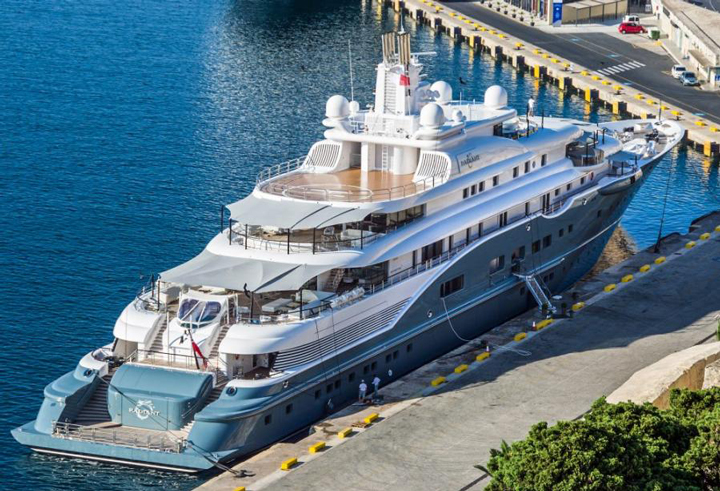 8. Motor Yacht A – $323 Million
There is nothing unique about the name of this luxury liner however, the 400-feet long Motor Yacht A does boast an original design. It designed by Philippe Starck and engineered by naval architect Martin Francis & built by the Blohm + Voss shipyard at the HDW deepwater facility in Kiel. Standout features include a secret 'nookie room' for private moments, a disco and three swimming pools. 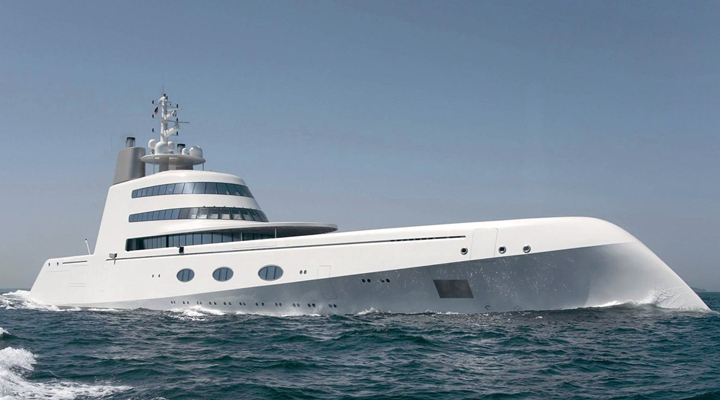 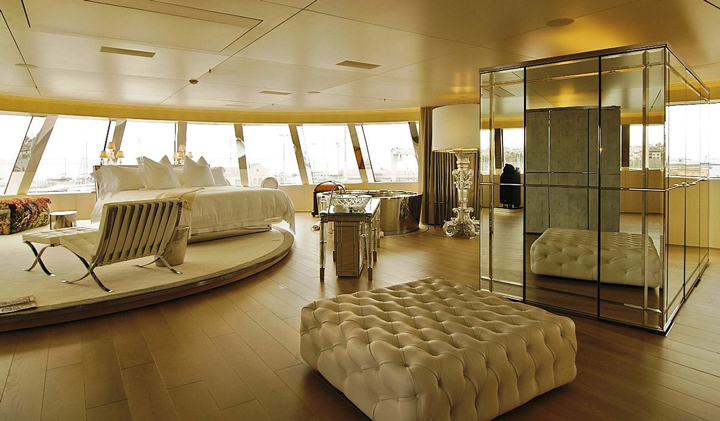 7. Serene – $330 Million
The 439-foot Serene was built in 2011 for Russian vodka billionaire Yuri Scheffler. It is currently available to hire via Yacht Charter Fleet for up to $4.25 million a week, The most expensive yacht rental in the world. 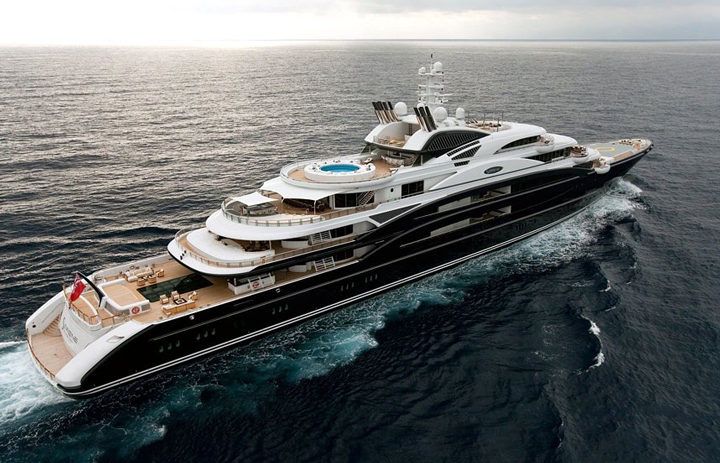 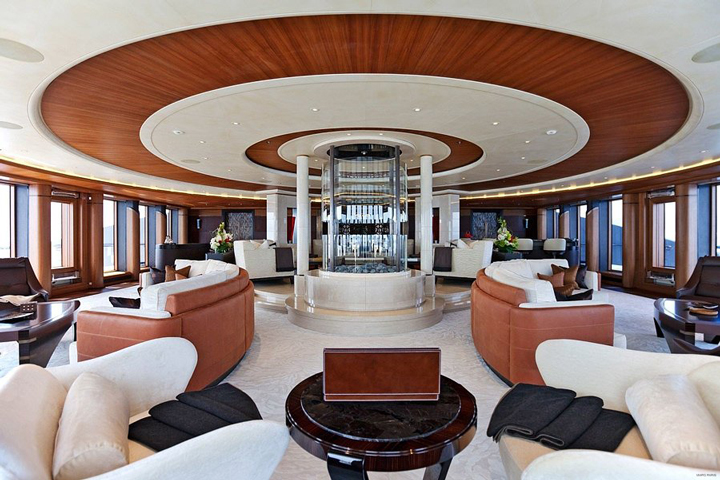 6. Dubai – $350 Million
Dubai was commissioned by Prince Jefri Bolkiah of Brunei more than 10 years prior to the ship’s launch in 2006. The most striking features of this beautiful boat comprise the abundance of sunbathing areas, several jacuzzis and the swimming pool boasting elaborate handmade tiling. 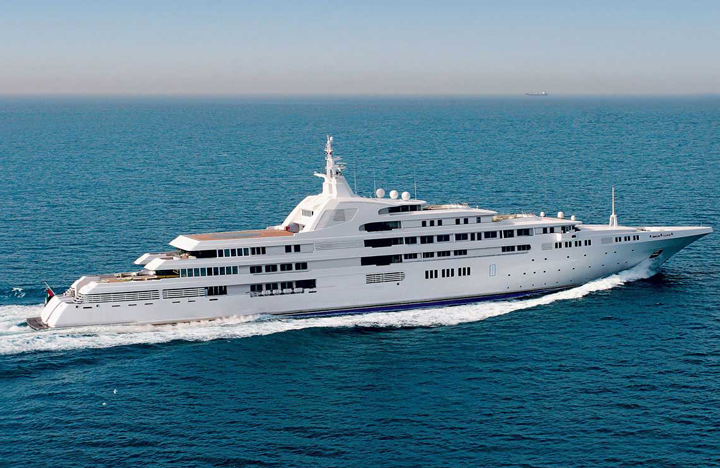 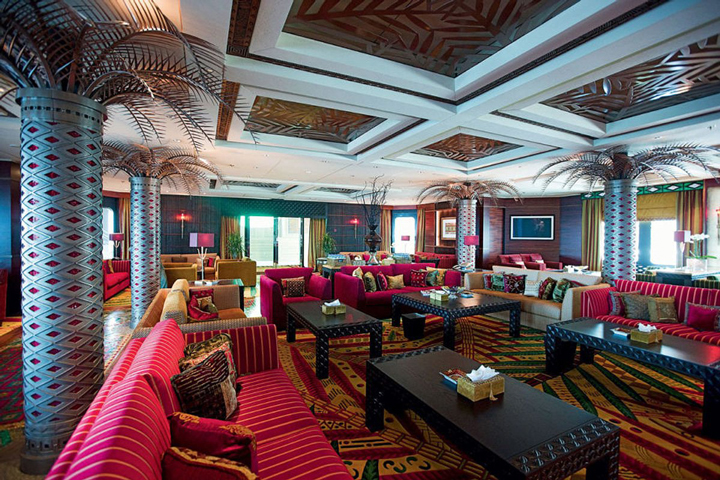 5. Luna - $500 Million
Luna has been at the center of the most expensive divorce settlement in UK legal history.
The 377-foot boat was previously owned by Russian oligarch Roman Abramovich, who sold Luna to Azeri-born Akhmedov in 2014. 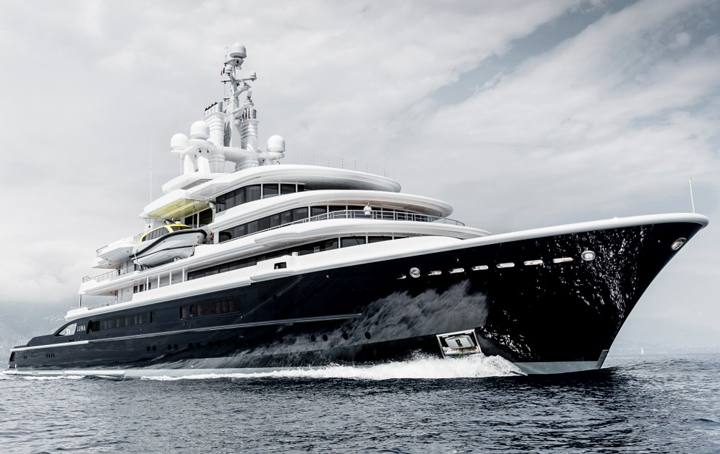 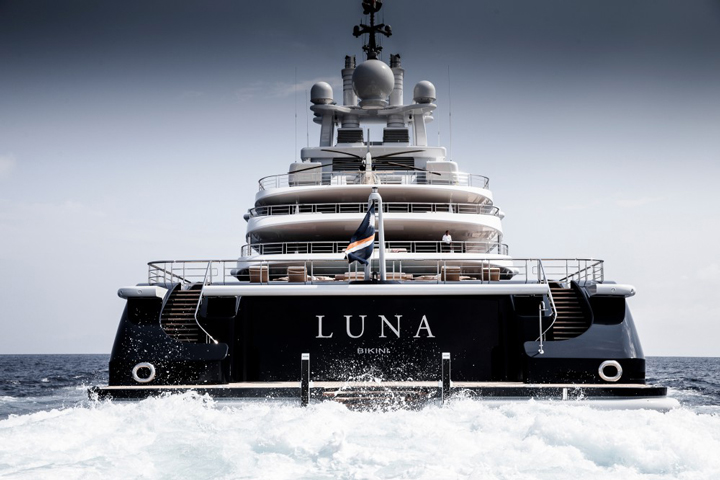 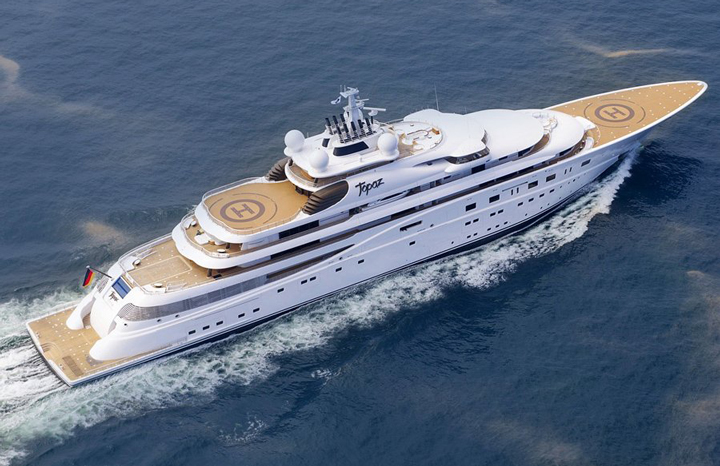 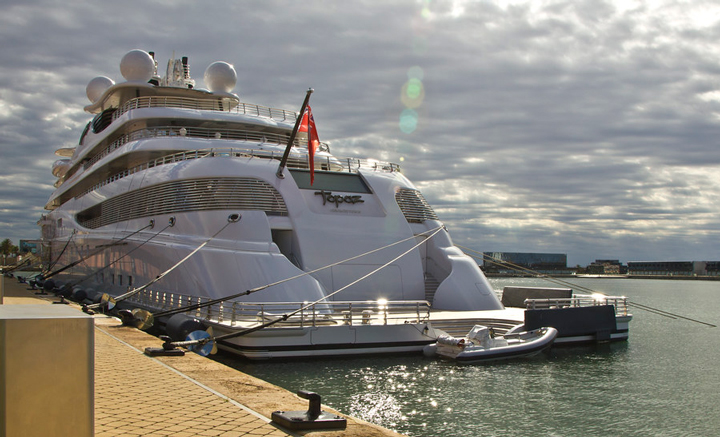 3. Azzam – $650 Million
Lurssen's most ostentatious mega yacht, the Azzam is the world's largest, and then some, measuring a whopping 590 feet. In service since 2013, the enormous vessel was commissioned by the President of the United Arab Emirates, Sheikh Khalifa, and has its very own missile defense system, as well as a bullet-proof master suite. 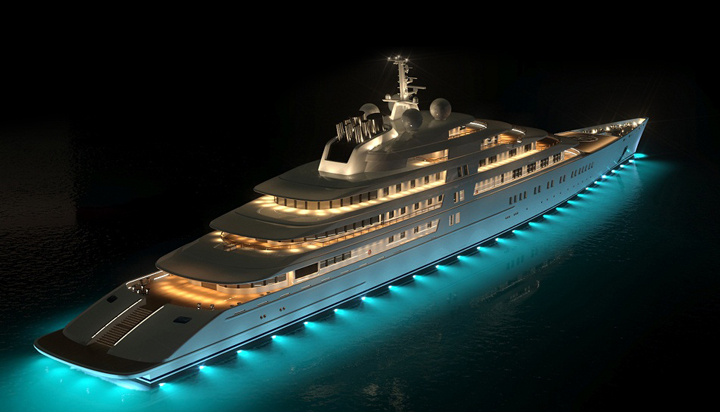 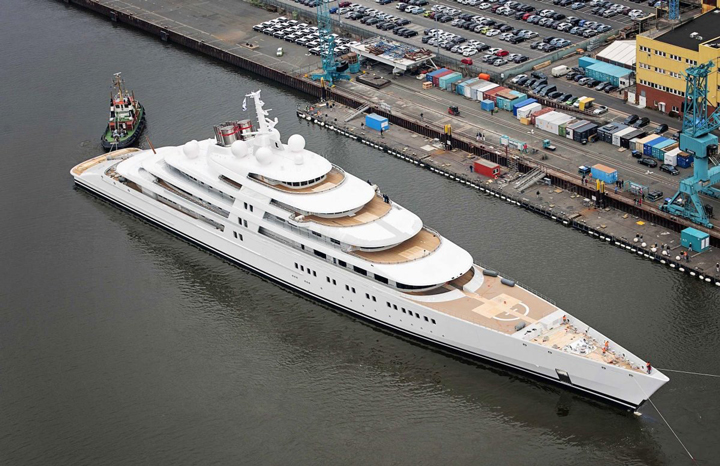 2. Eclipse – $1.5 Billion
Russian billionaire Roman Abramovich is a proud owner of the Eclipse, the second most expensive yacht in the world. The second largest mega yacht in the world at 533 feet, the Eclipse brings the house down with 25 impossibly luxurious cabins, a nightclub, and two swimming pools, not to mention a missile defense system and mini-submarine. 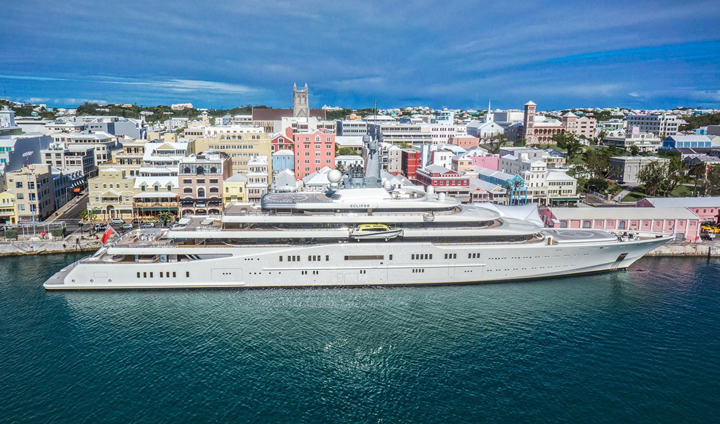 1.History Supreme ~ $4.5 Billion
Finally, boasting the world’s most expensive yacht is the History Supreme. This pricey 100-foot vessel was designed by world-renowned UK luxury designer Stuart Hughes, took over 3 years to complete and was purchased by an anonymous Malaysian businessman for a whopping $4.5 billion dollars! This staggering sum is owed to the solid gold and platinum used to assembly this luxury liner which features no less than 100,000 kg (220,000 Ibs) of these precious metals. On the inside, we can find a statue made out of a T-Rex’s bone and many other extravagant pieces such as meteorite parts.
Also on board is a luxury liquor bottle featuring an 18.5ct diamond, one of the world’s rarest. 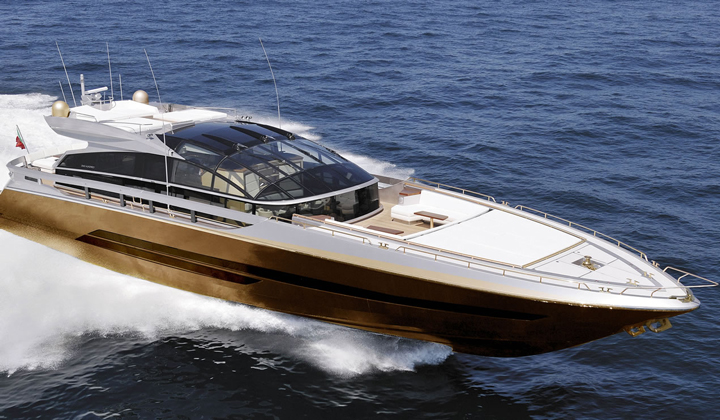 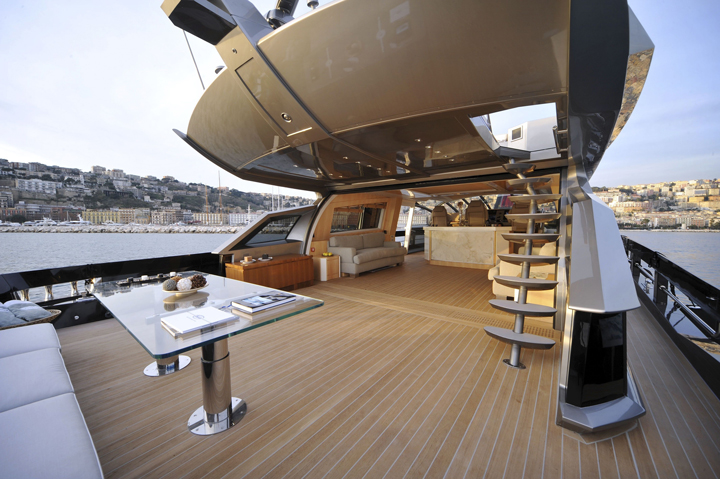