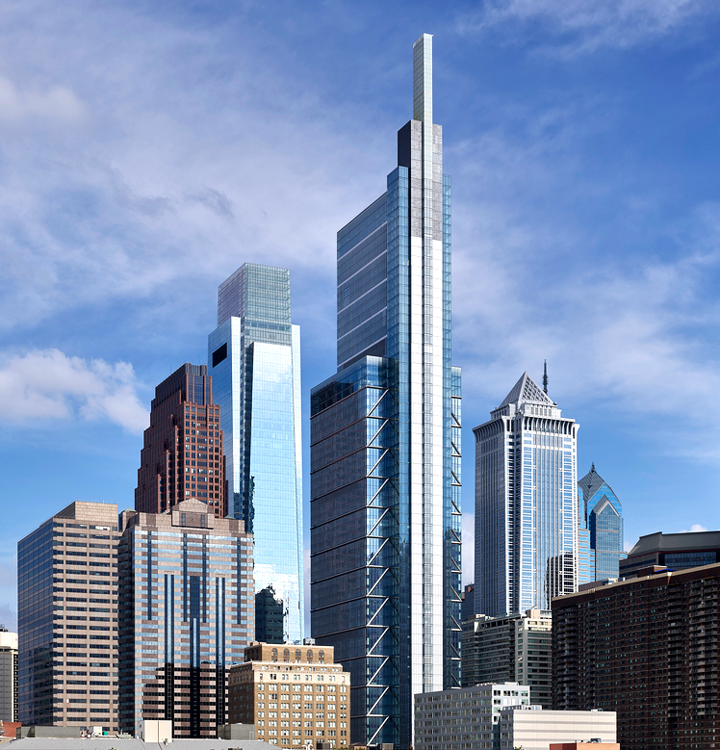 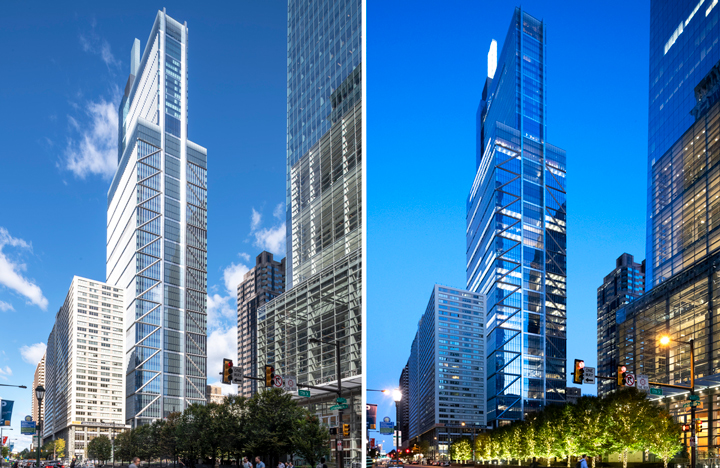 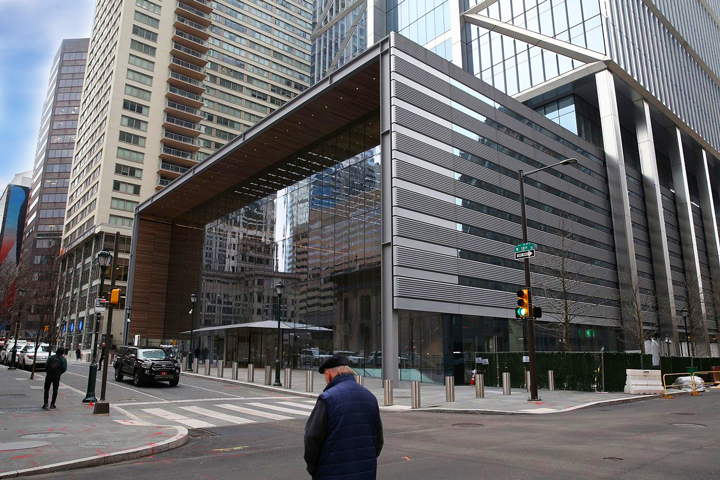 Inside, the high-rises have a diverse mix of functions including open and airy workspaces and television studios for NBC10 and Telemundo62; shops, bars and restaurants that are open to the public; site-specific artwork; and the Four Seasons Philadelphia. The luxury Four Seasons Philadelphia Hotel occupies the upper 12 floors of the building. Located on level 60, its reception is covered in various stone works that are reflected by a mirrored ceiling. 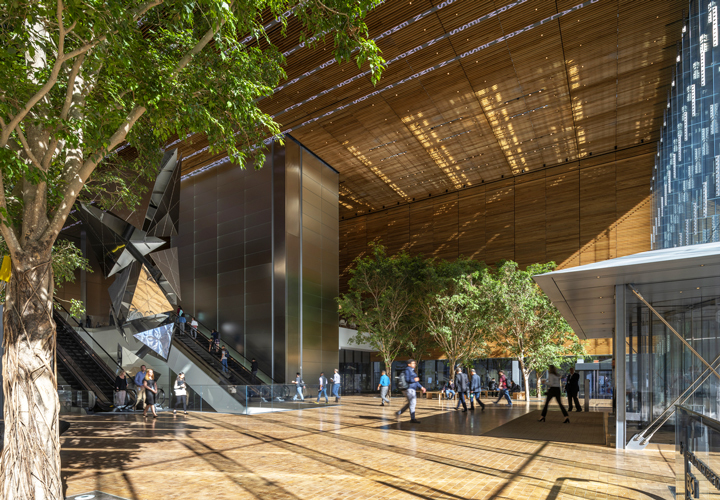 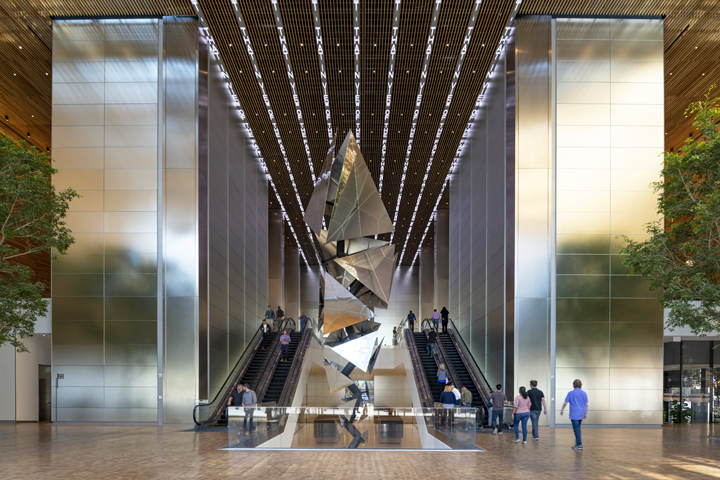 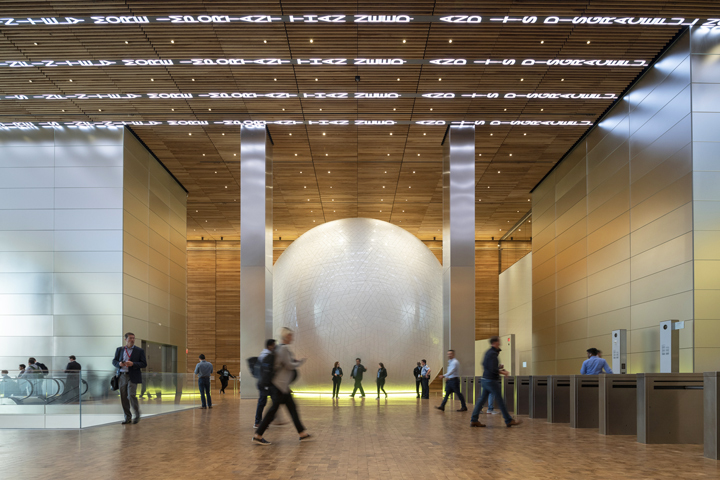 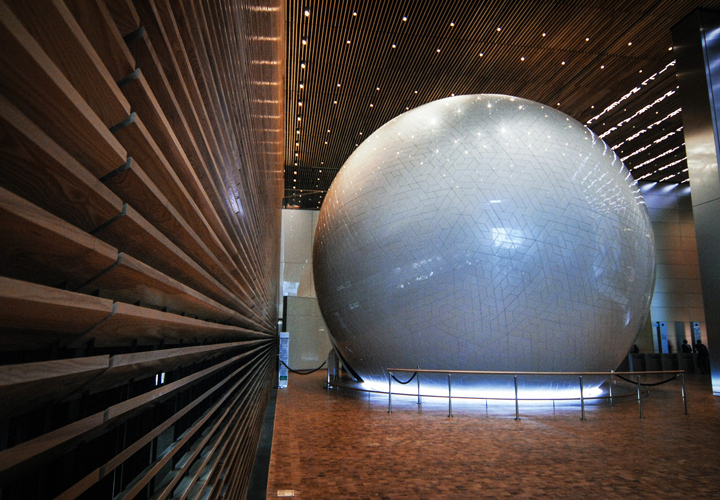 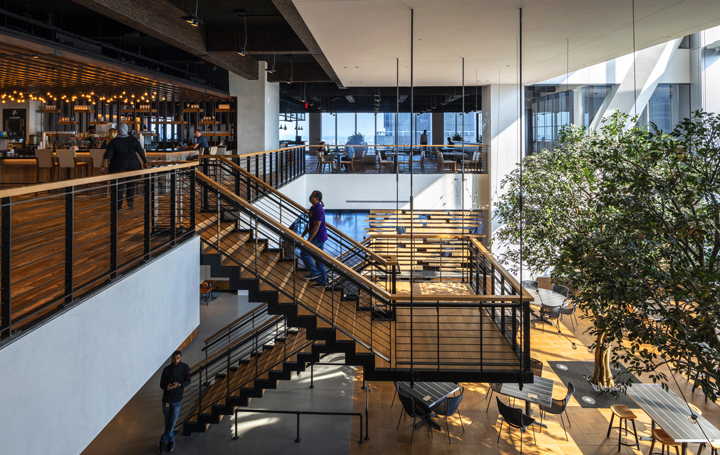 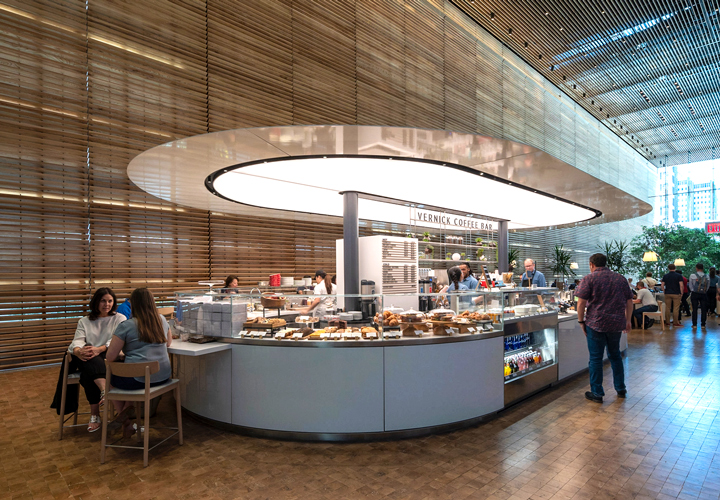 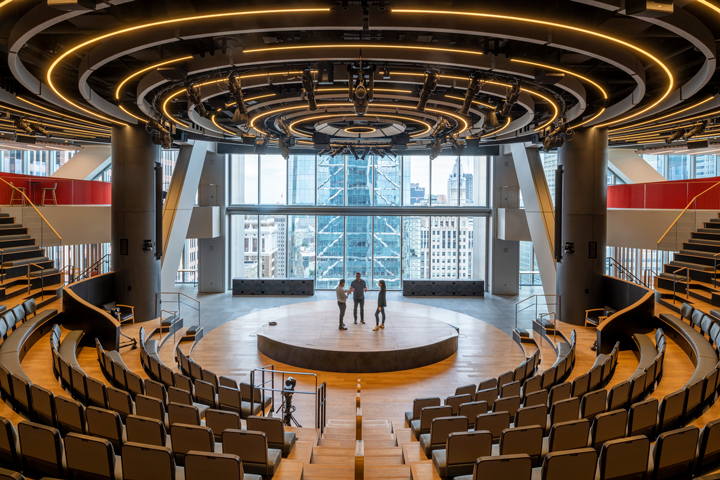 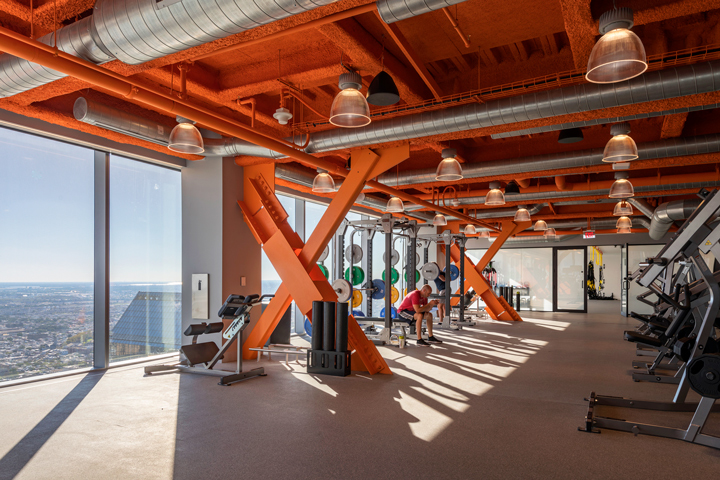 At ground level, there is an ‘urban room’, which combines the best elements of a lobby, a plaza, retail and social spaces to create something completely new for the city. Additional shops, public art and seating are also located under the building where the firm has tunneled a subterranean passage that links the existing Comcast Center with the new building and the city's subway system. 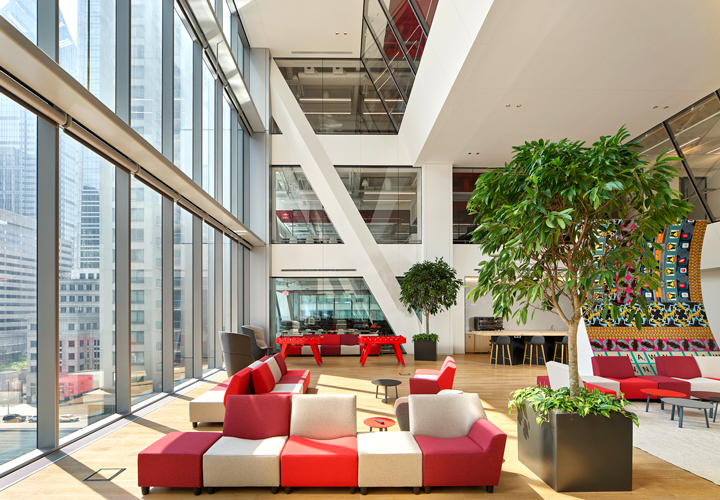 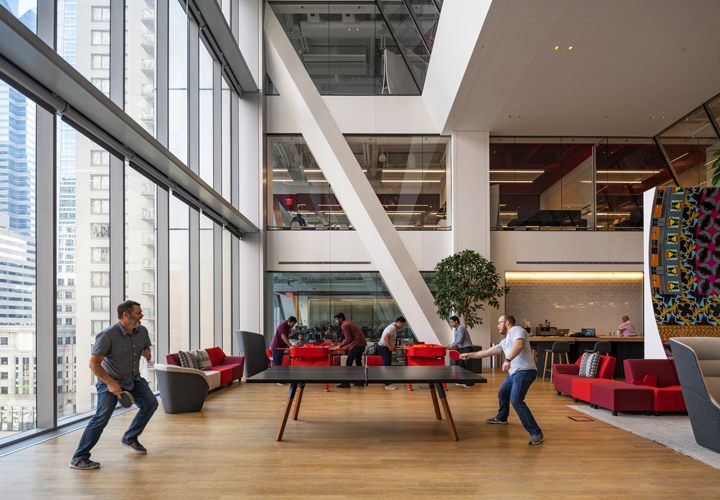 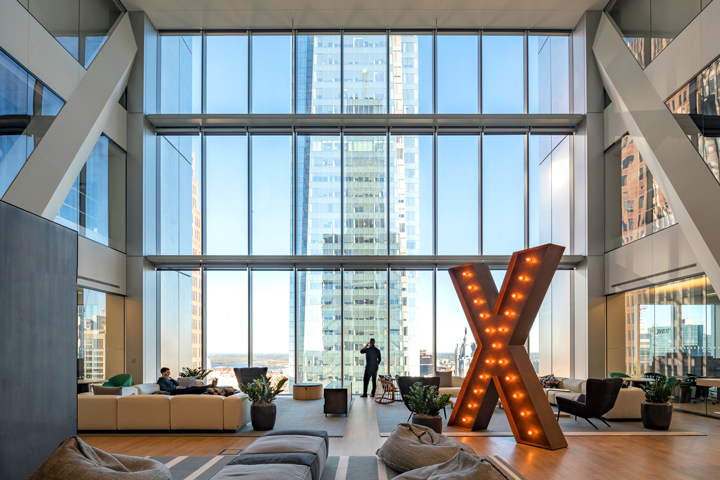 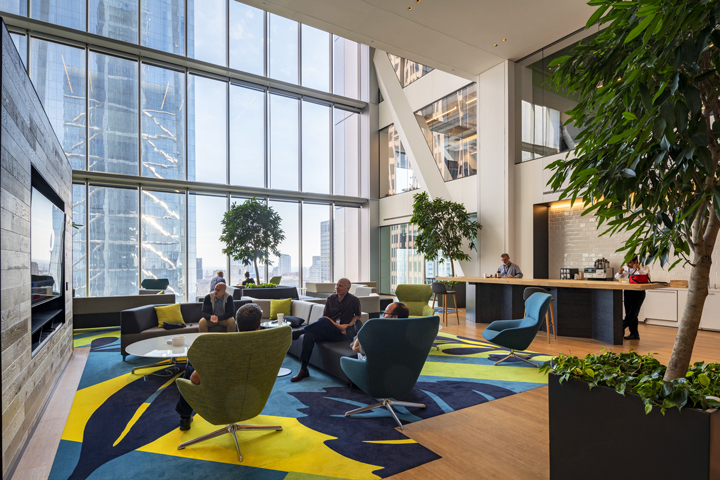 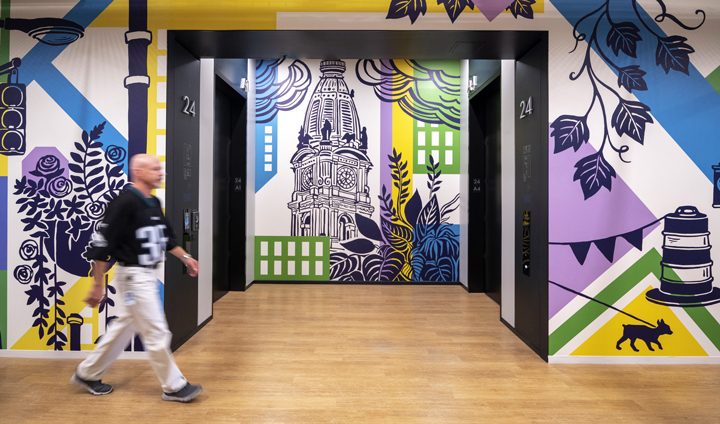 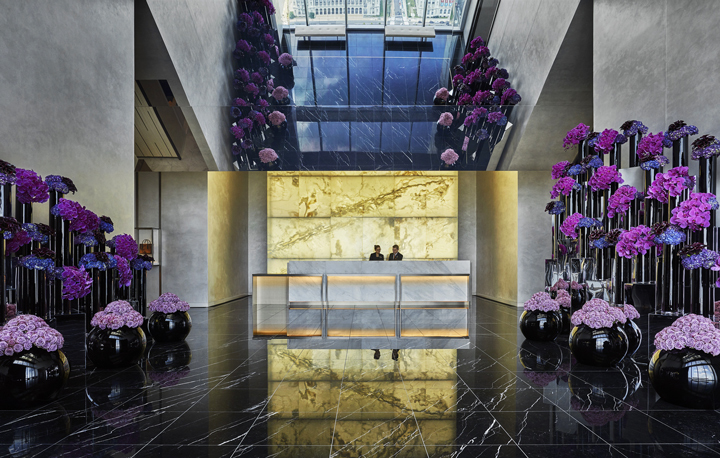 Escalators lead to the upper lobby level. This space contains the Vernick Coffee Bar and The Universal Sphere – a domed structure with a geometric patterned exterior that hosts a cinematic experience created by Steven Spielberg. 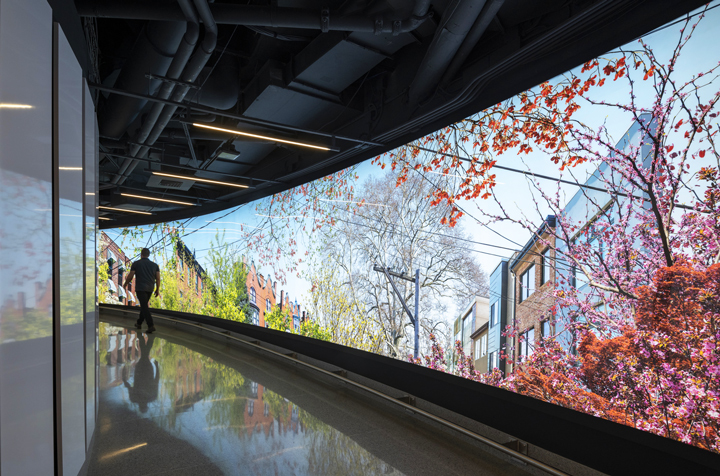 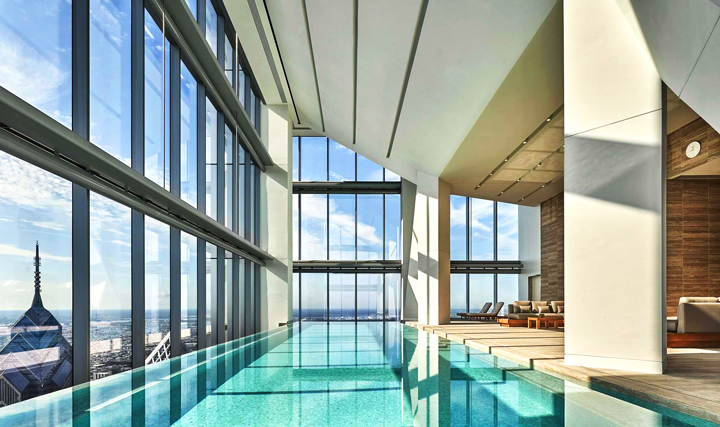 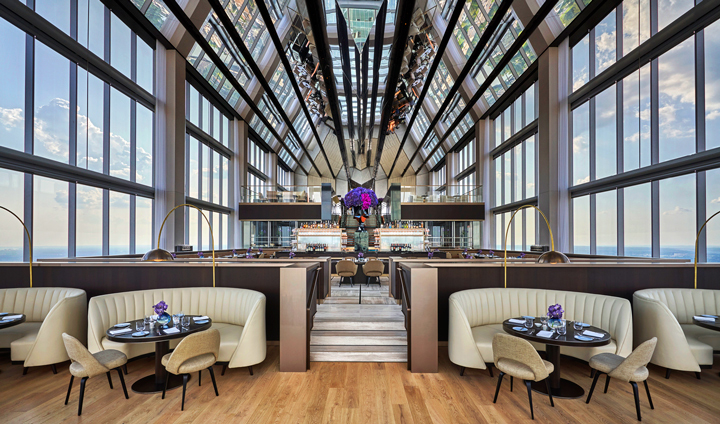 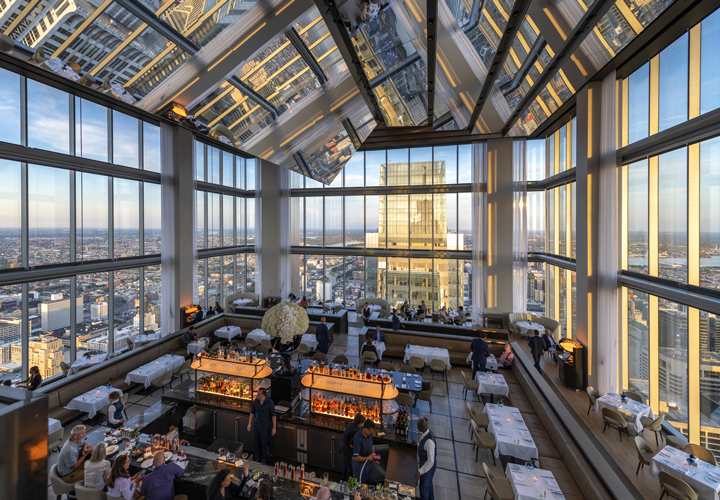 The tower’s facades are animated by panoramic glass lifts and a series of thirteen three-story sky gardens, which rise up through the eastern elevation to draw a continuous strand of greenery through the building. 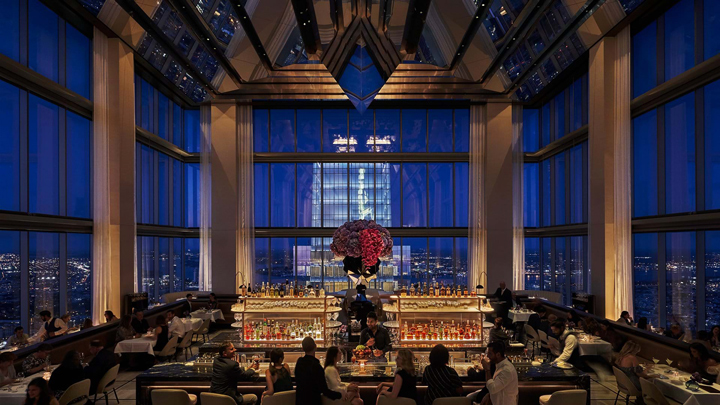 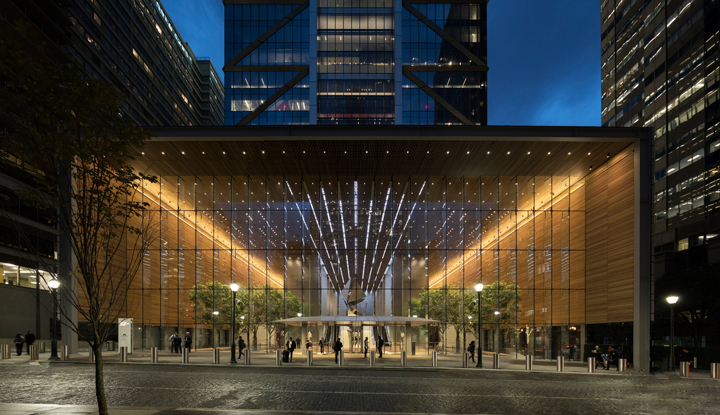 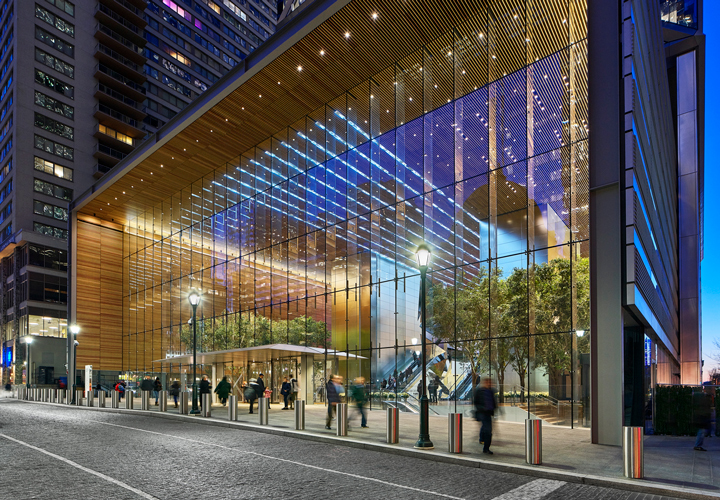 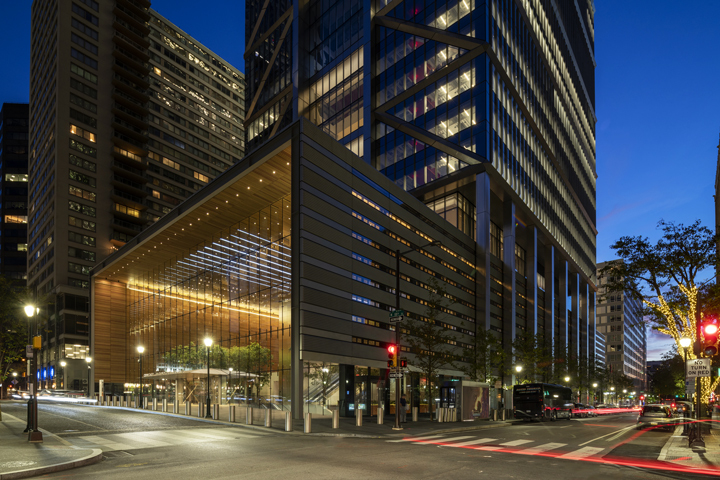 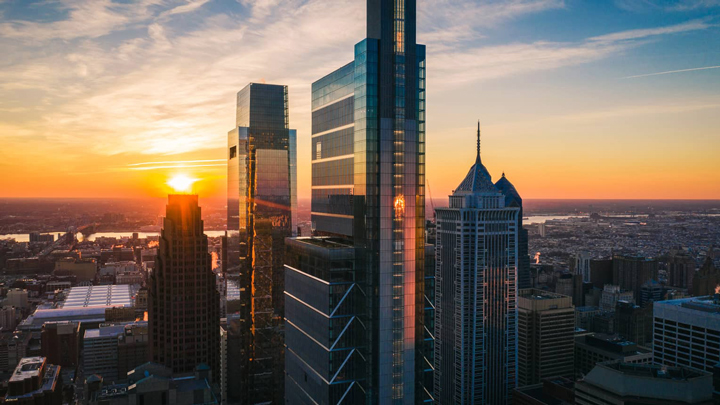