The 5 Best Ice Caves in Iceland

1. Crystal Ice Cave
Also known as Breiðamerkurjökull, the Crystal Cave is one of the most famous ice caves in Iceland — it's also the largest within Vatnajökull National Park. This cave gets its name from the crystal-clear ice it's made up, but be warned: it'll take your eyes a minute to adjust to the low light so the brilliant blue color you see in photos won't be immediately evident. 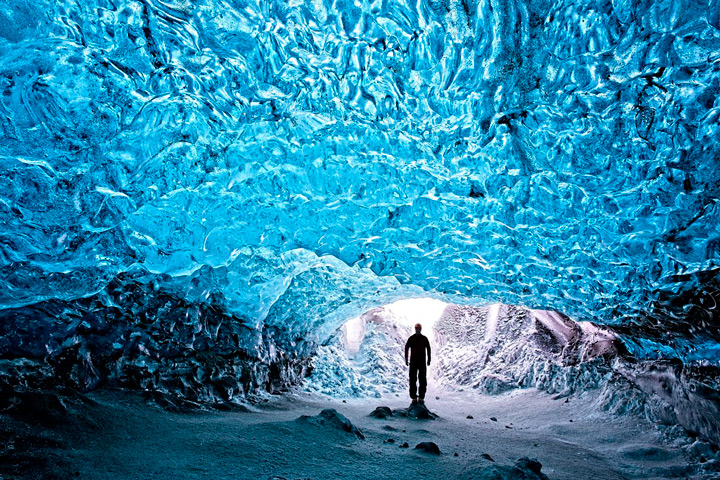 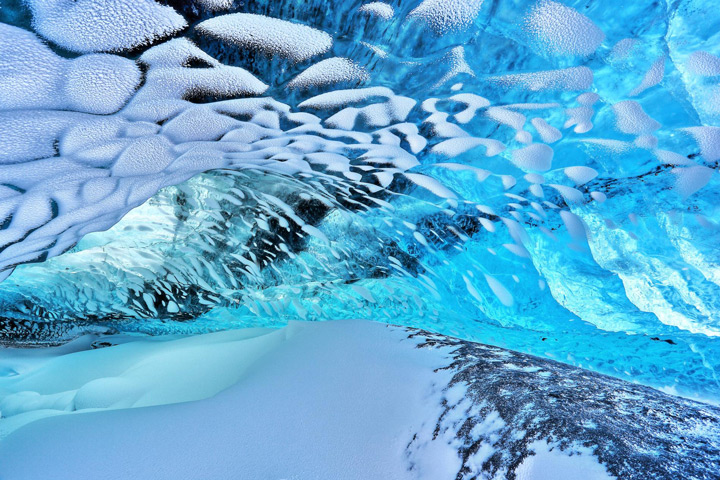 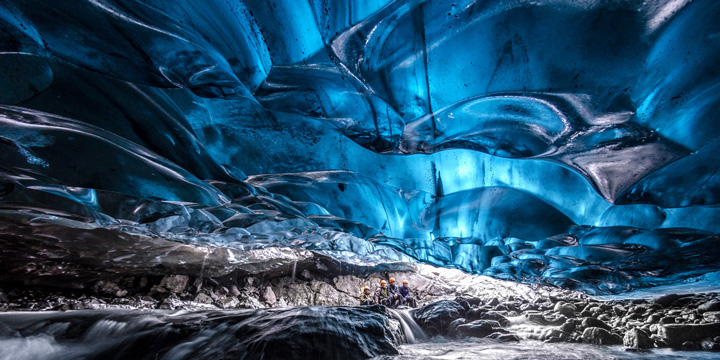 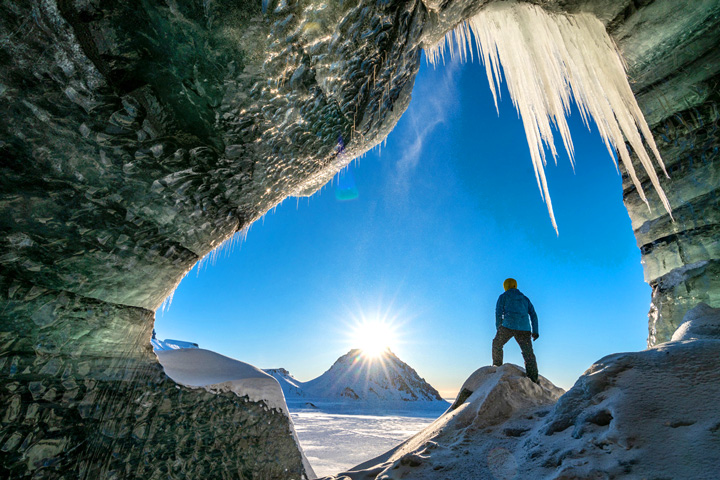 2. Katla Ice Cave
Katla Ice Cave is a geological wonder created from fire and ice. Slumbering beneath Kotlujokull glacier, this lava cave was formed by the notorious Katla volcano. The traces of Katla's eruptions are sometimes etched on the walls of its massive ice caves. Katla has distinct blue and black ice walls dotted with bubbles. 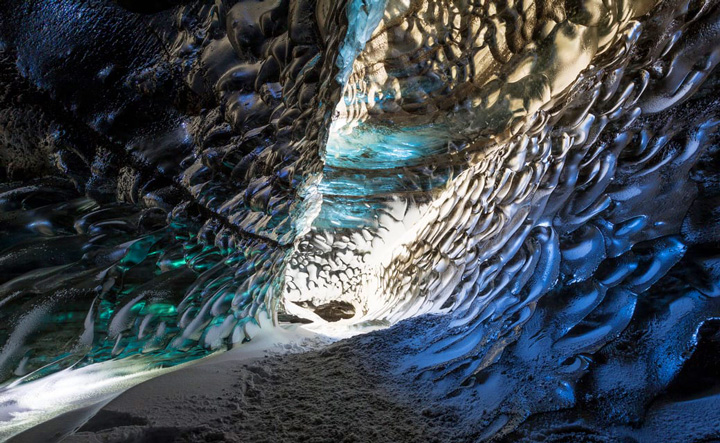 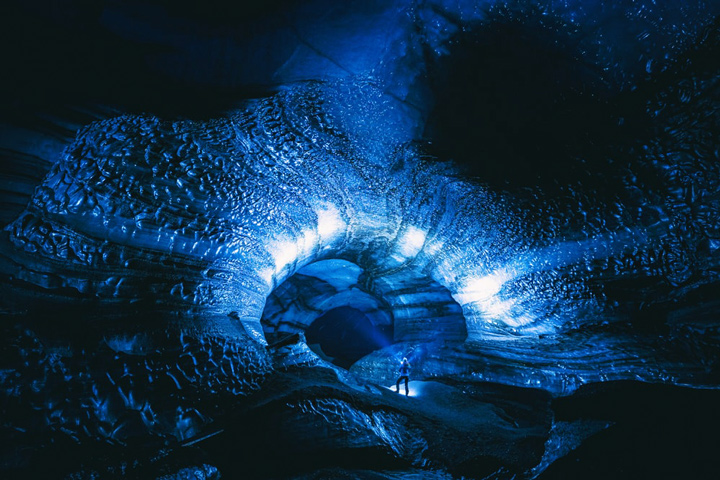 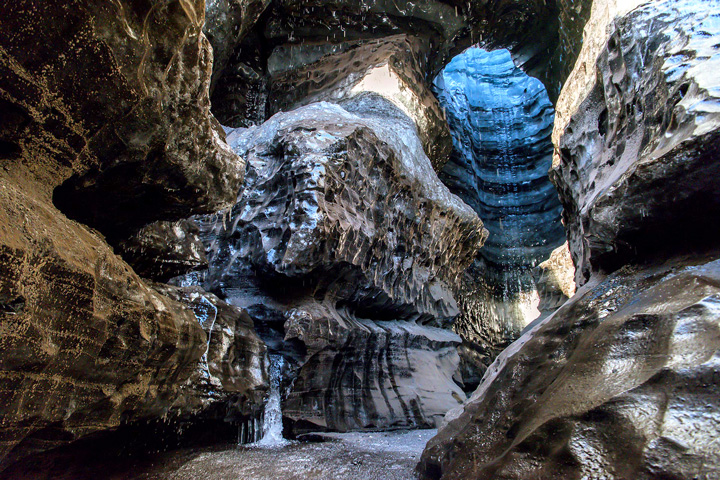 3. Langjokull Ice Cave
Langjökull is Iceland's second-largest glacier and its ice cave has pretty spectacular coloring. The natural cave is black and the ice ceiling is striped with ash. But the best part may be the bright blue "ice river" that runs along the ceiling. There are also some manmade ice caves branching off, of the natural cave. About those tunnels: They've been used to host concerts during the Secret Solstice Festival and there's even a chapel carved into the ice in one of them. 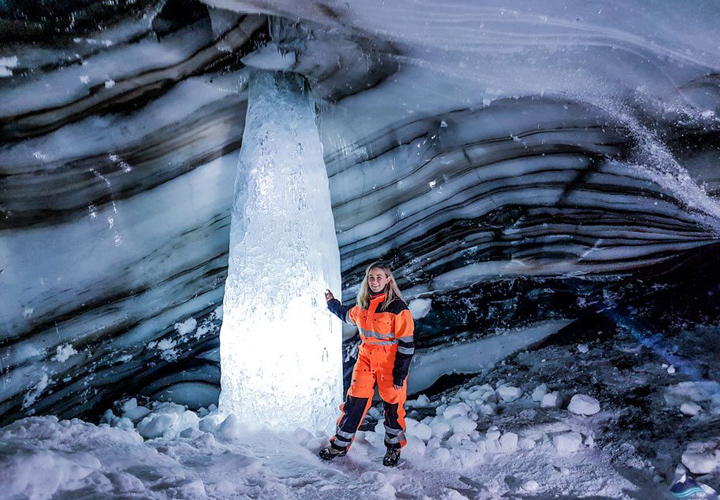 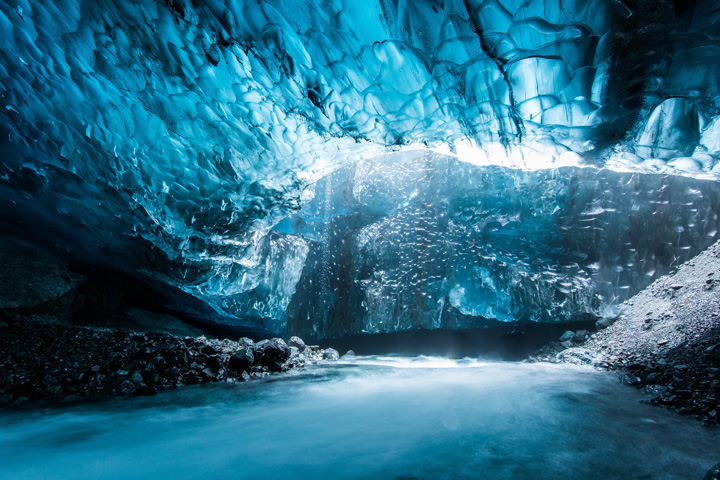 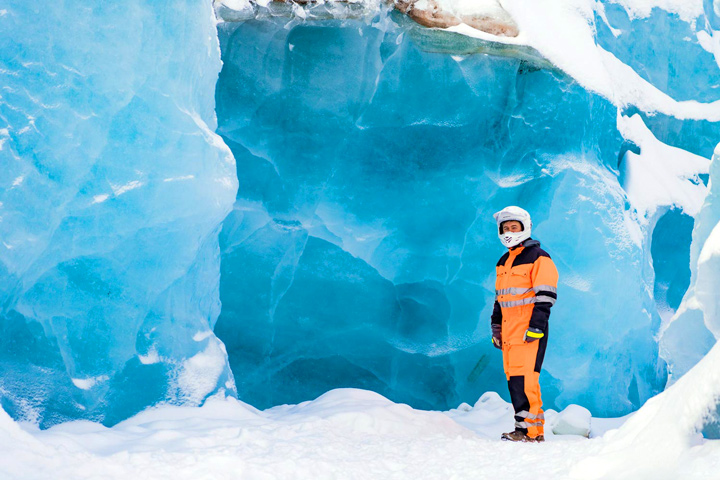 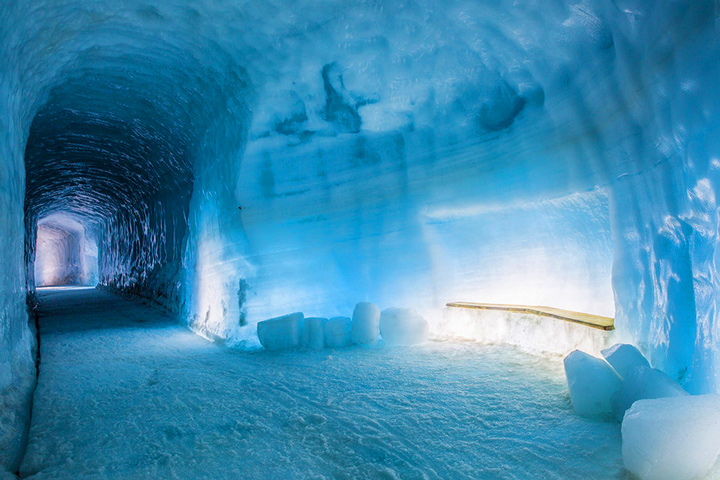 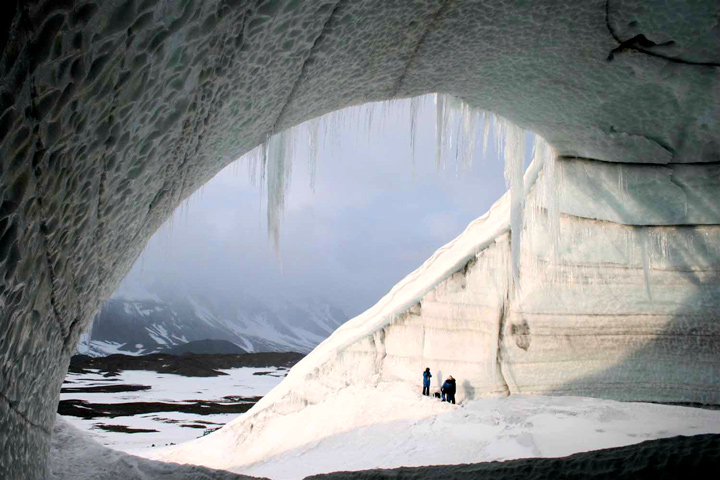 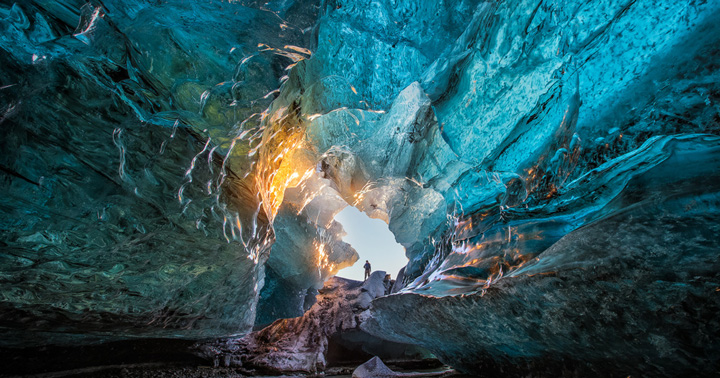 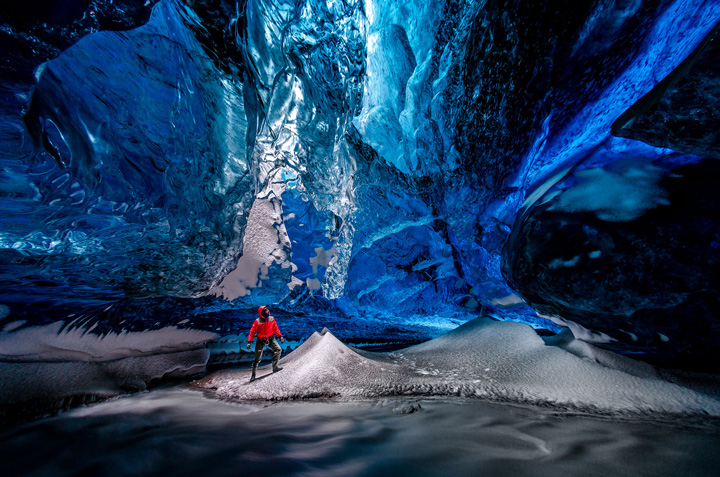 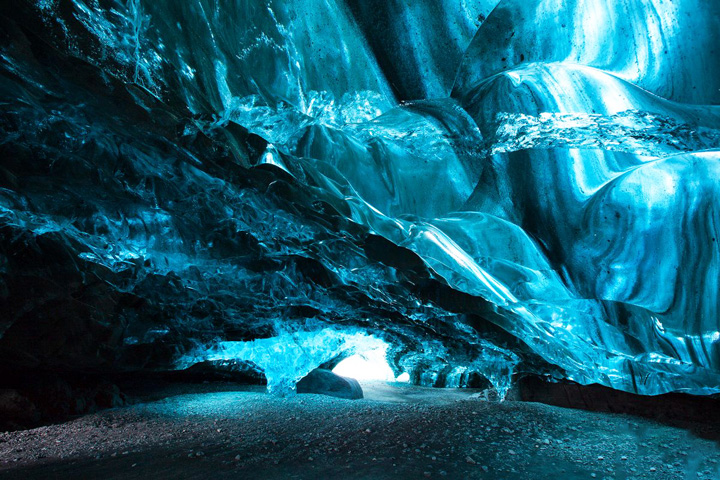 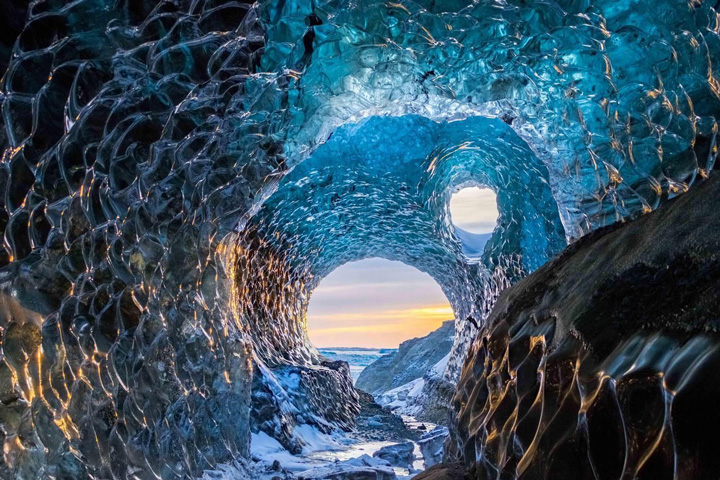 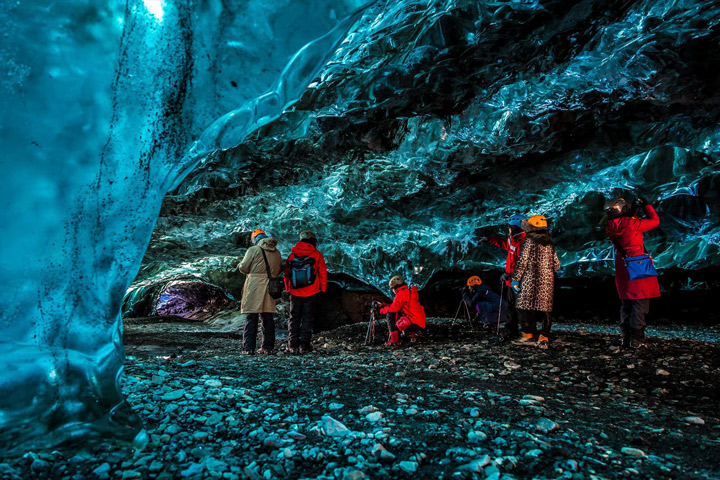 5. Skaftafell Ice Caves
The mystical Skaftafell ice caves can be found under the glaciers at Skaftafell National Park, another outlet of Vatnajökull. kaftafell's cinematic landscapes have been shaped over thousands of years by powerful volcanic eruptions and earthquakes. The park has a diverse terrain that includes glaciers, ice caves, lakes, valleys, and more. 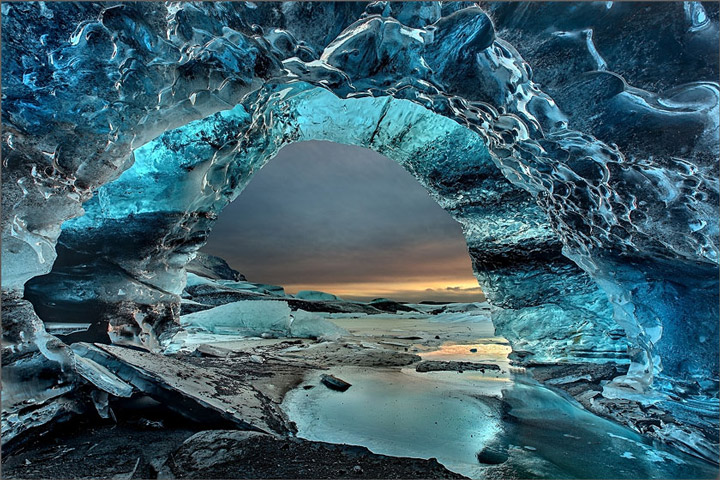 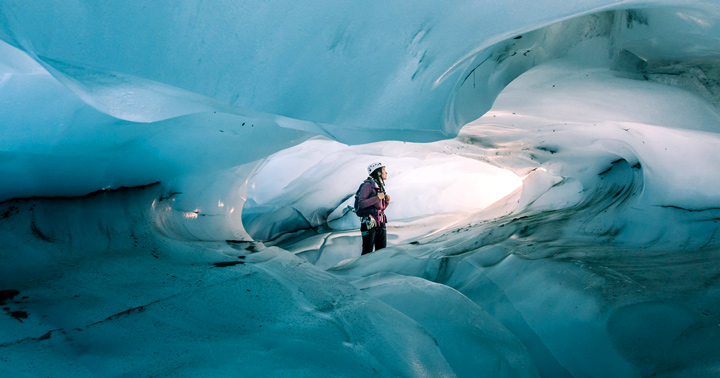 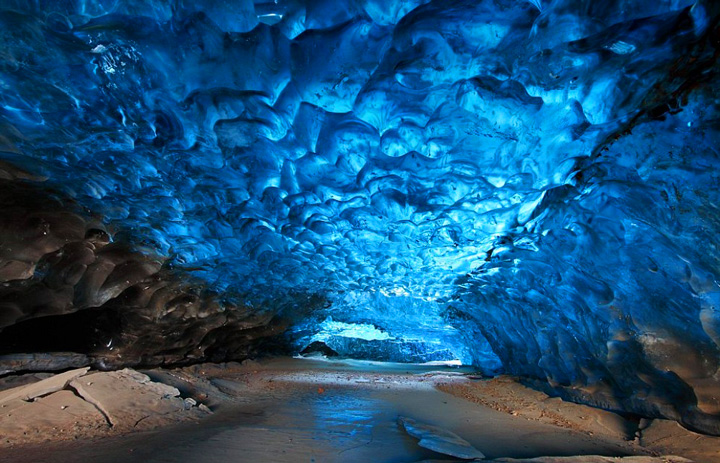 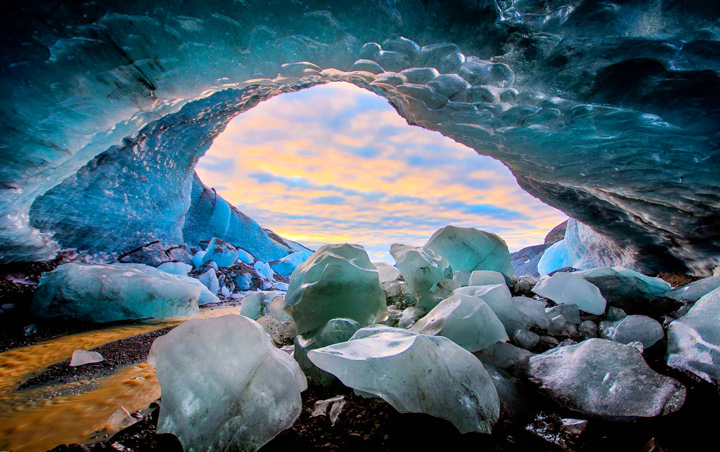