Louvre Abu Dhabi Museum wishes to create a welcoming world serenely combining light and shadow, reflection and calm. It has become the final destination of an urban promenade, a garden on the coast and shelter of light during the day and evening. It's aesthetic consistent with its role as a sanctuary for the most precious works of art. 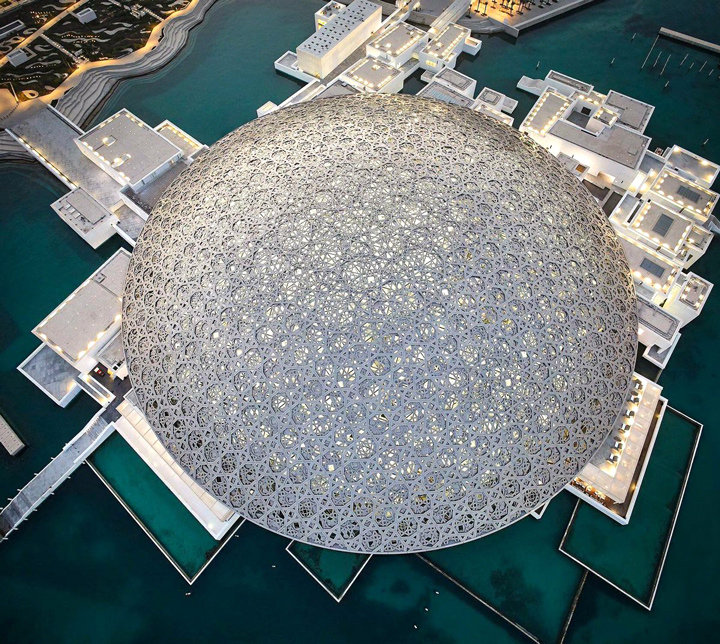 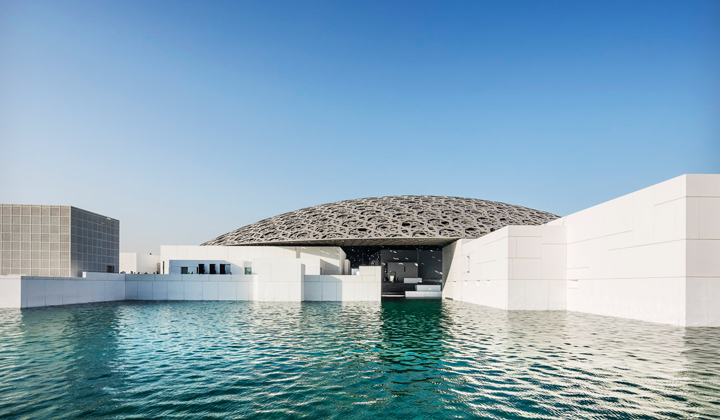 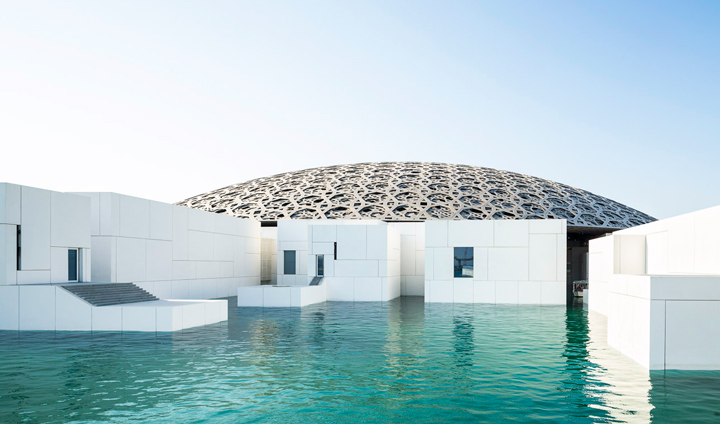 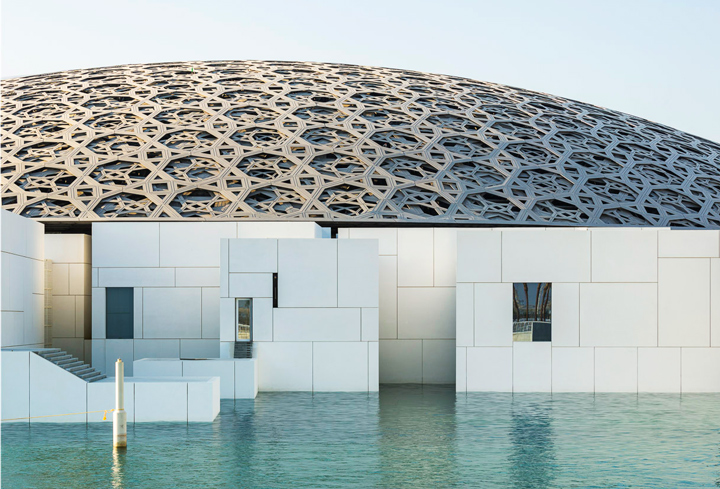 Pritzker-prize winning architect Jean Nouvel sought inspiration for the concept of Louvre Abu Dhabi in traditional Arabic architectural culture. The complex engineering concept made Louvre Abu Dhabi one of the most innovative and challenging museum projects to be built in recent times. In total, 55 individual buildings, including 23 galleries, make up this museum city. 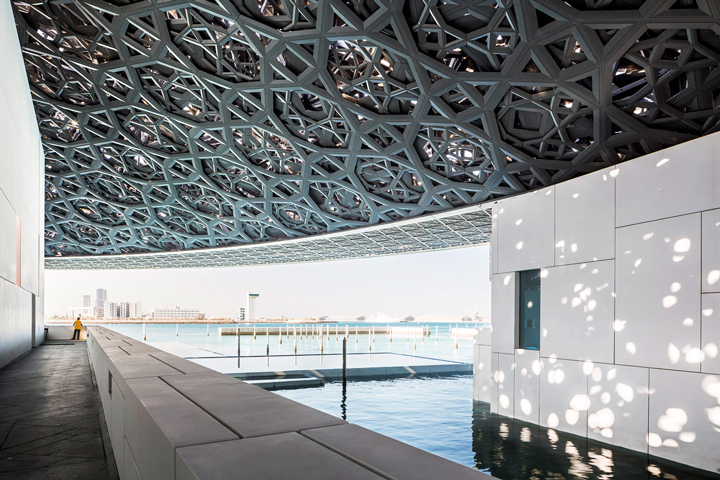 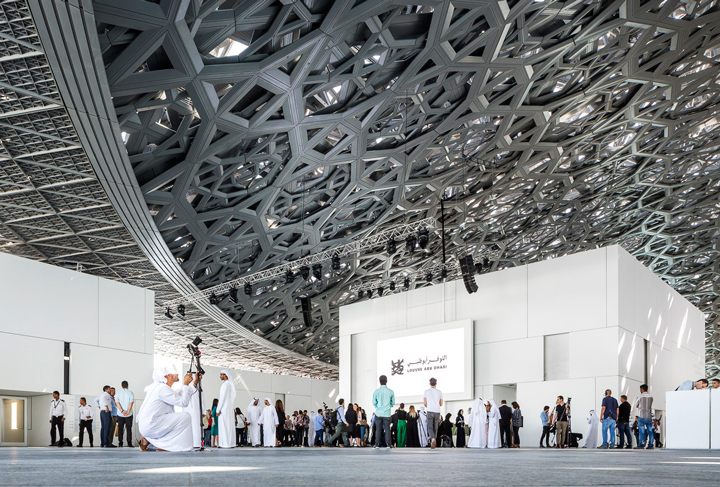 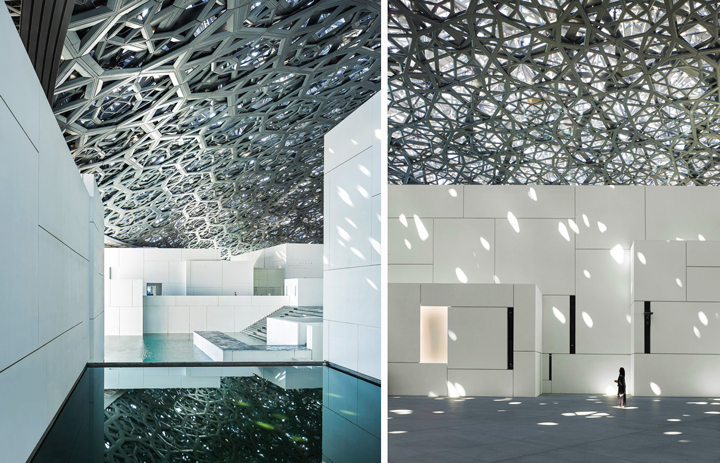 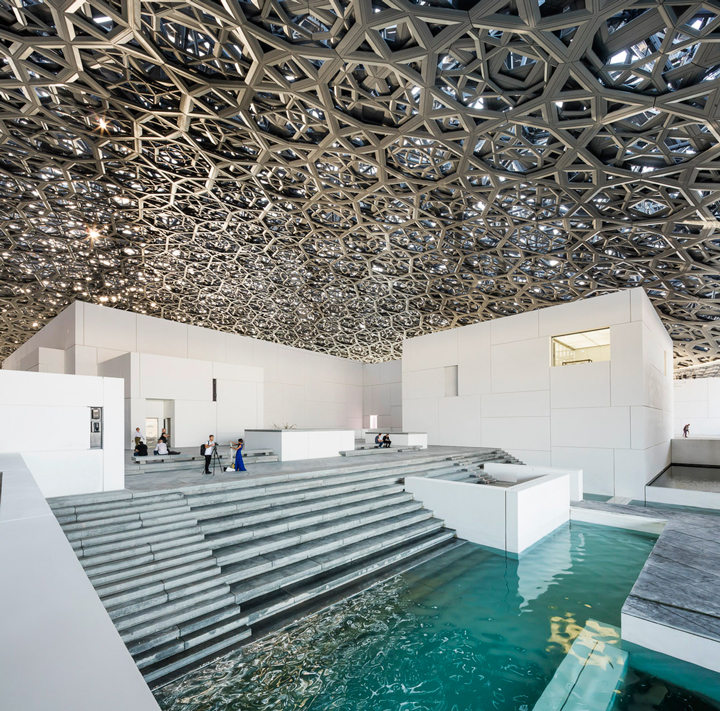 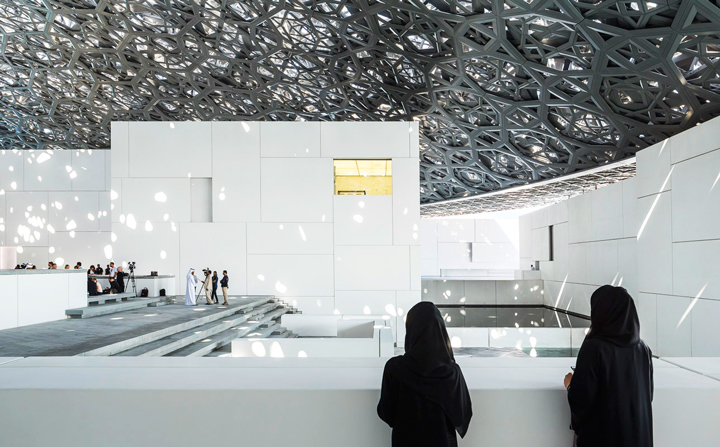 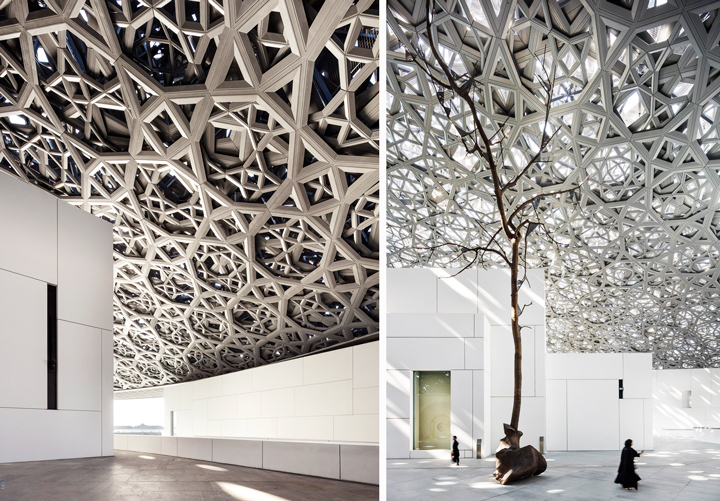 A vast dome, 180 meters in diameter, covers the majority of the museum city and is visible from the sea, the surrounding areas and Abu Dhabi city. The frame is made of 10,000 structural components pre-assembled into 85 super-sized elements, each weighing up to 50 tones. The dome is supported by only four permanent piers, each 110 meters apart. These are hidden within the museum buildings to give the impression that the dome is floating. The dome gleams in the Abu Dhabi sunshine. At night, this protected landscape is an oasis of light under a starry dome. 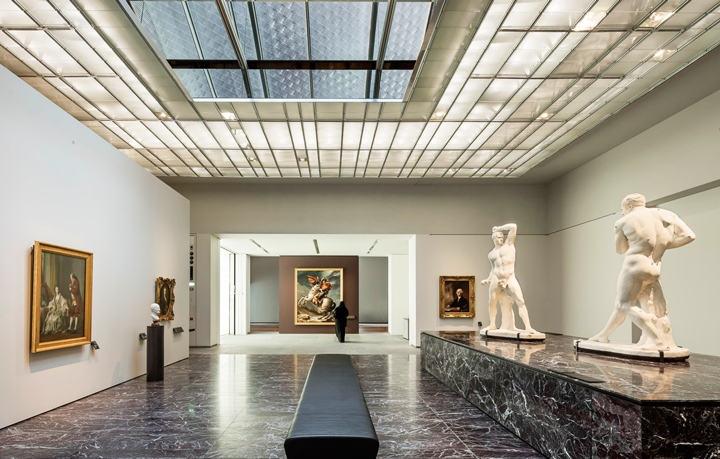 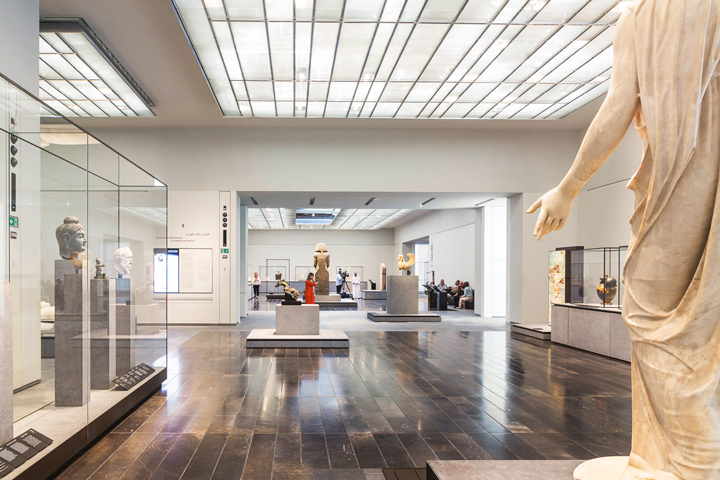 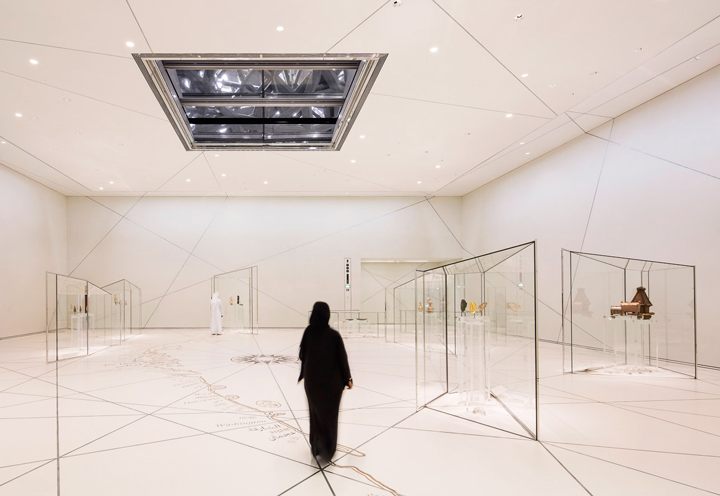 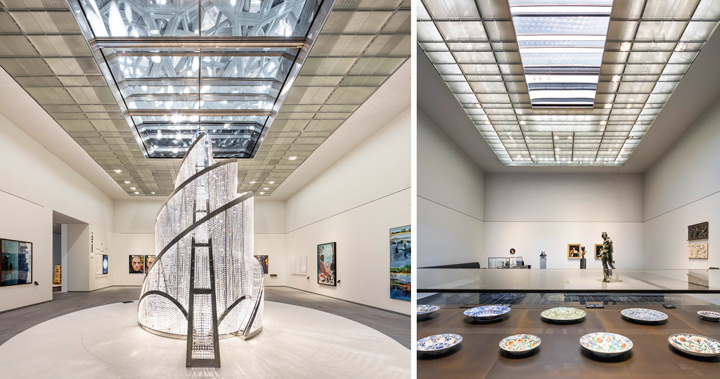 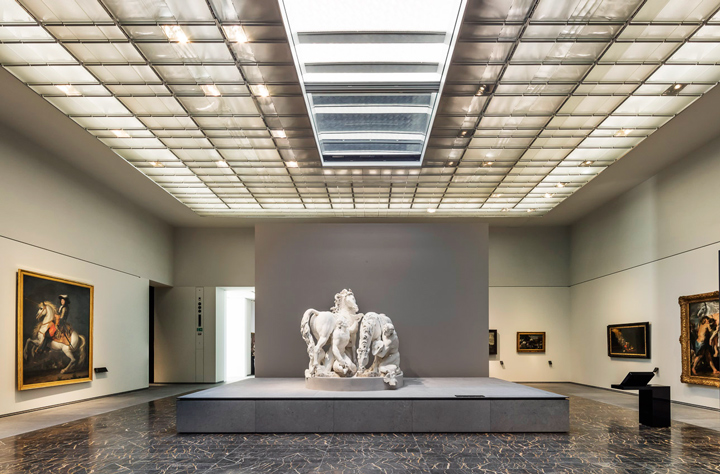 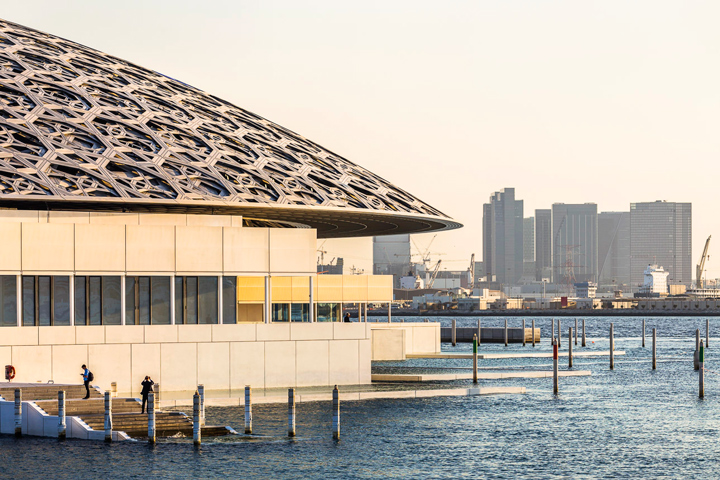 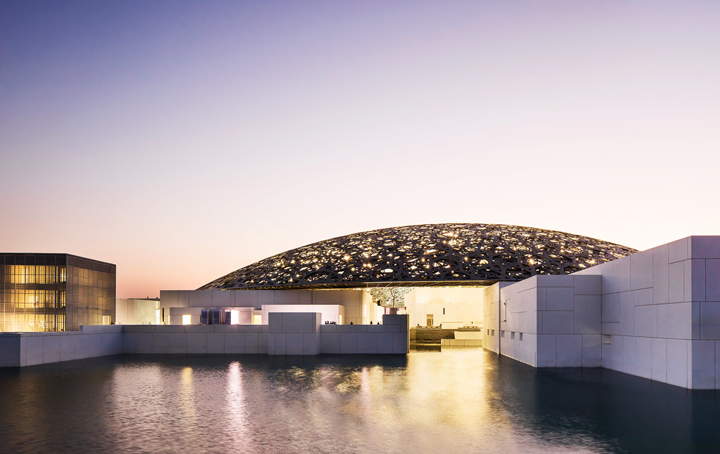 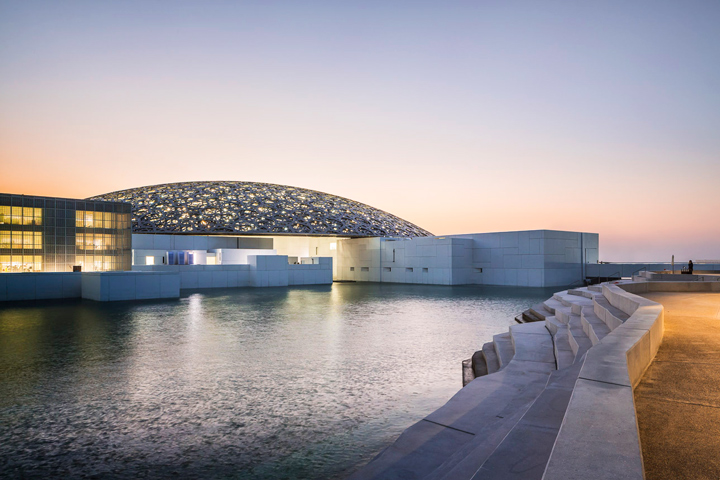