The Elbphilharmonie, designed by Herzog & de Meuron Office, is located in the historic Sandtorhafen, which was Hamburg’s old working harbor for centuries. The Elbphilharmonie with its impressive glass facade and wave-like rooftop rises up from the former Kaispeicher building; Hamburg’s biggest warehouse on the water. The Kaispeicher was built in 1875 and destroyed in the Second World War, it was then rebuilt and renamed Kaispeicher. 1,000 curved window panels, transforms the new building, perched on top of the old one, into a gigantic, iridescent crystal, whose appearance keeps changing as it catches the reflections of the sky, the water and the city. The Elbphilharmonie became a landmark of the city of Hamburg and a beacon for all of Germany. 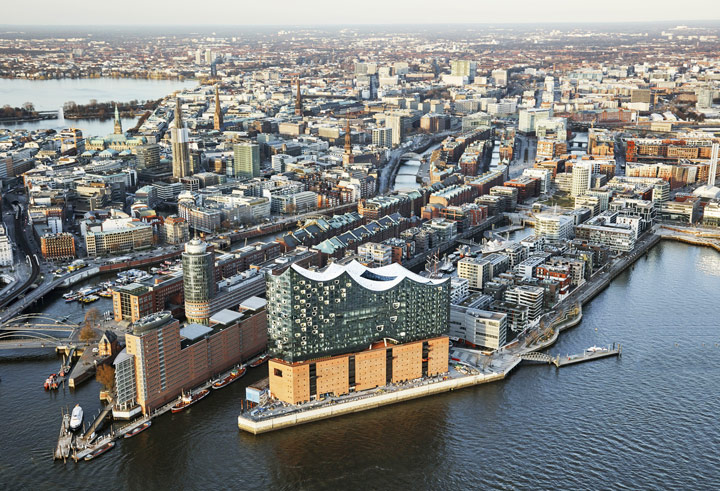 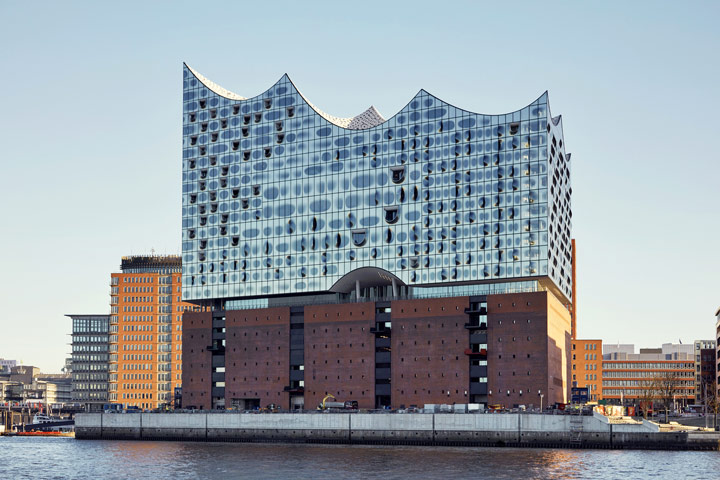 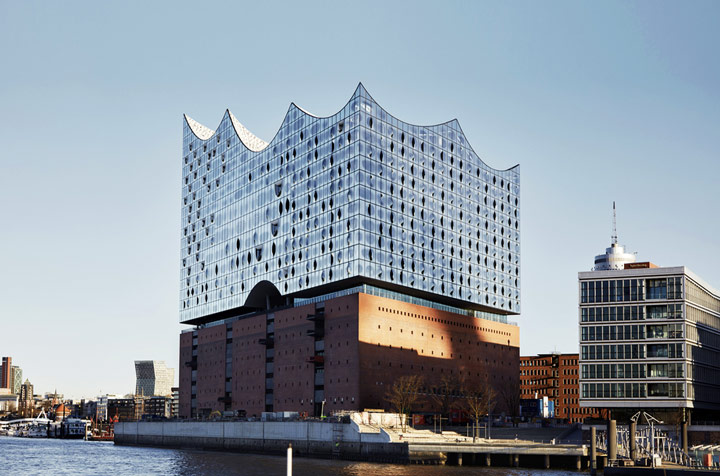 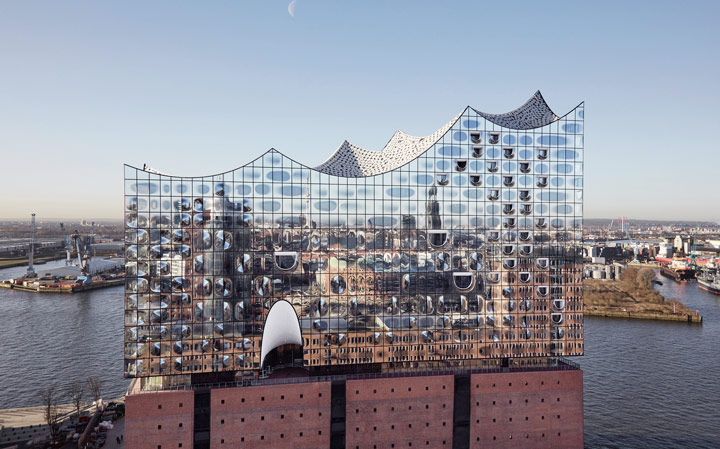 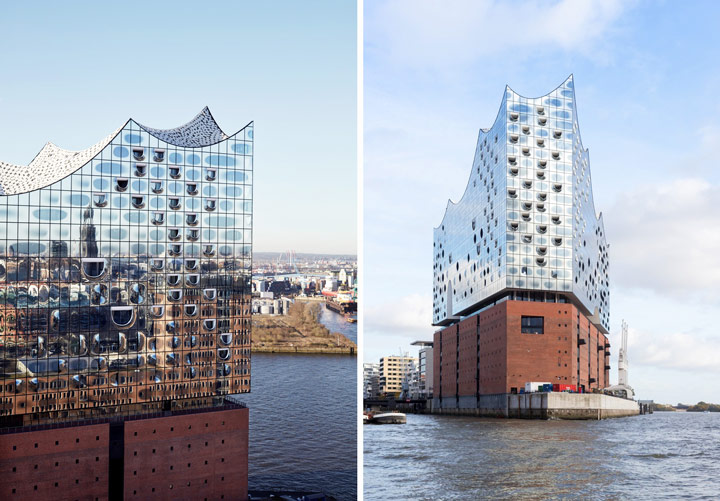 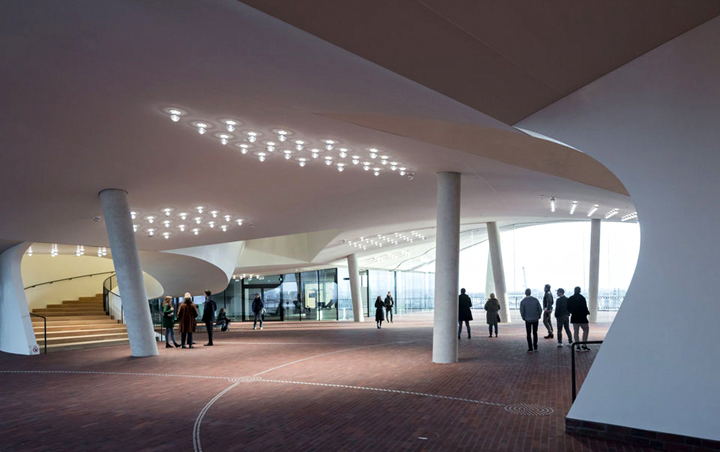 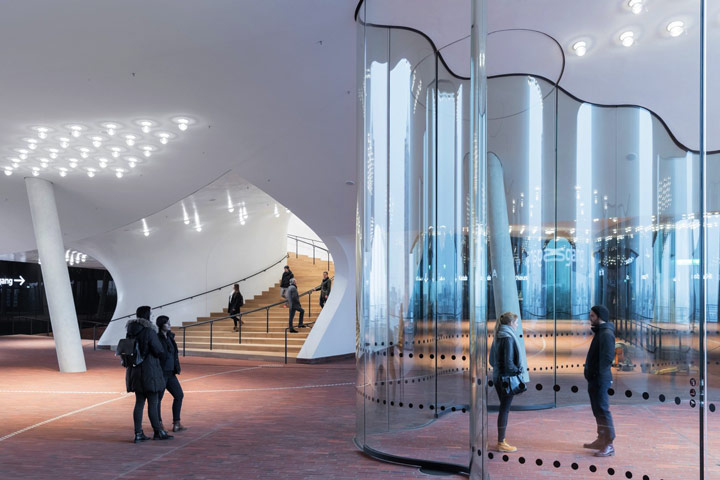 The building complex accommodates a philharmonic hall, a chamber music hall, restaurants, bars, a panorama terrace with views of Hamburg and the harbor, apartments, a hotel and parking facilities. The two contradictory and superimposed architectures of the Kaispeicher and the Philharmonic ensure exciting, varied spatial sequences: on the one hand, the original and archaic feel of the Kaispeicher marked by its relationship to the harbor; on the other, the sumptuous, elegant world of the Philharmonic. 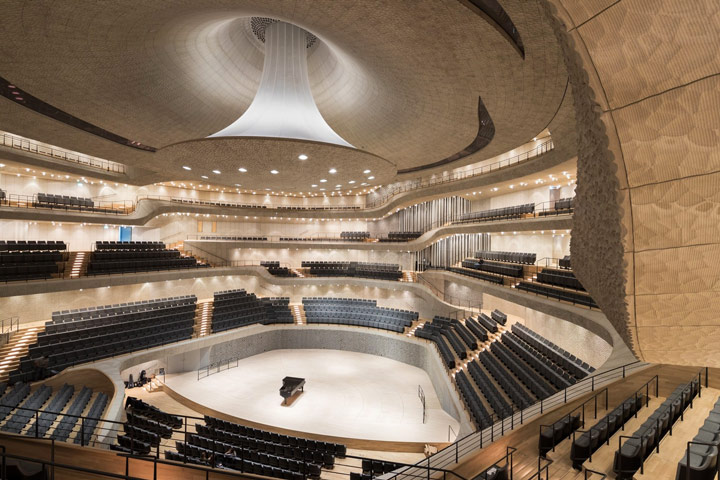 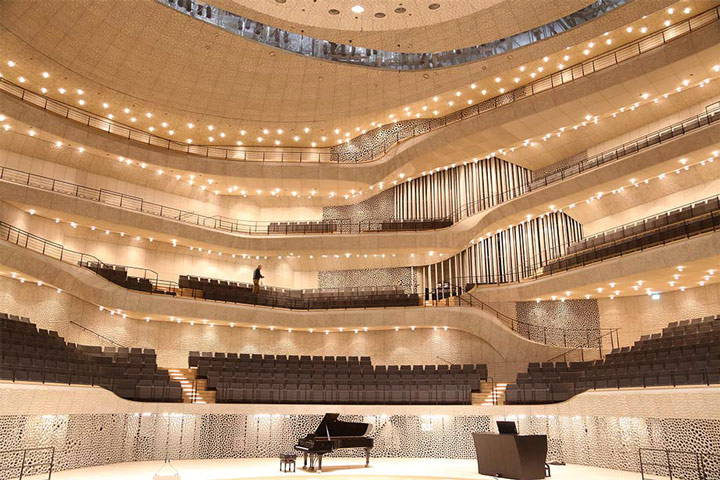 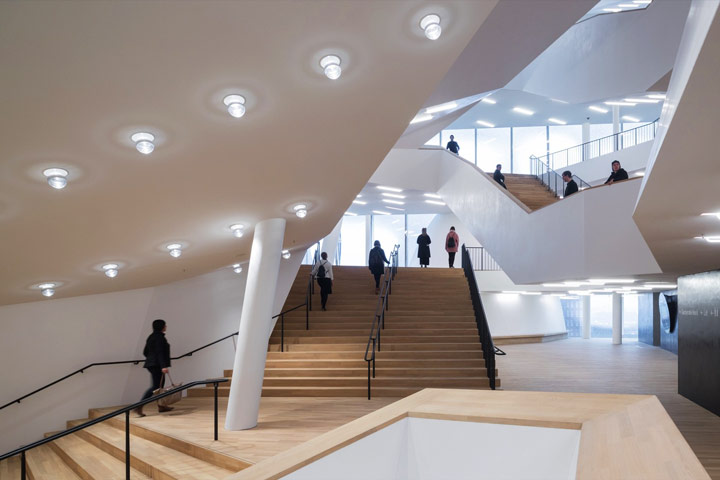 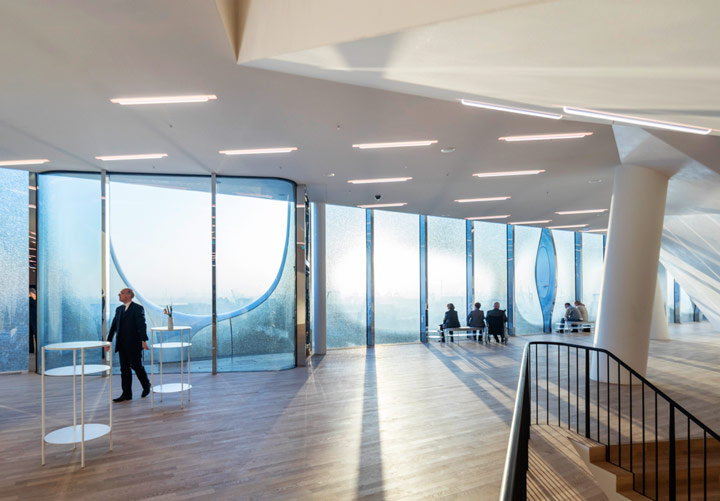 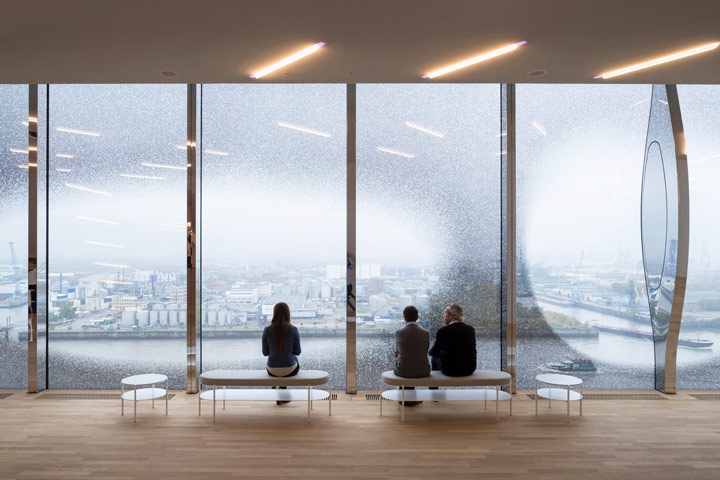 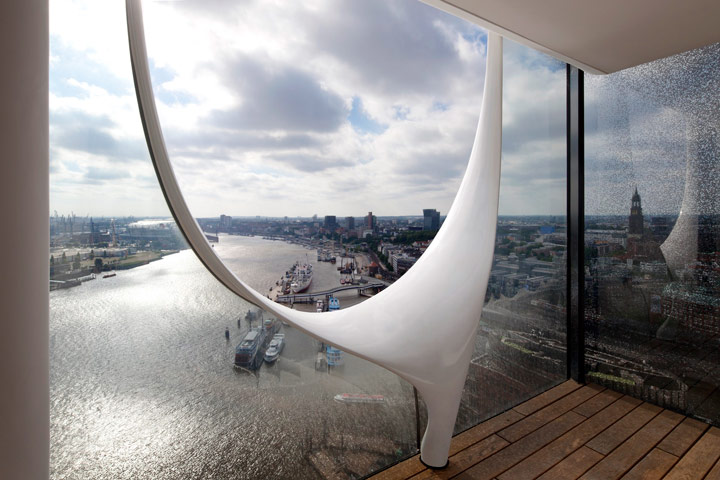 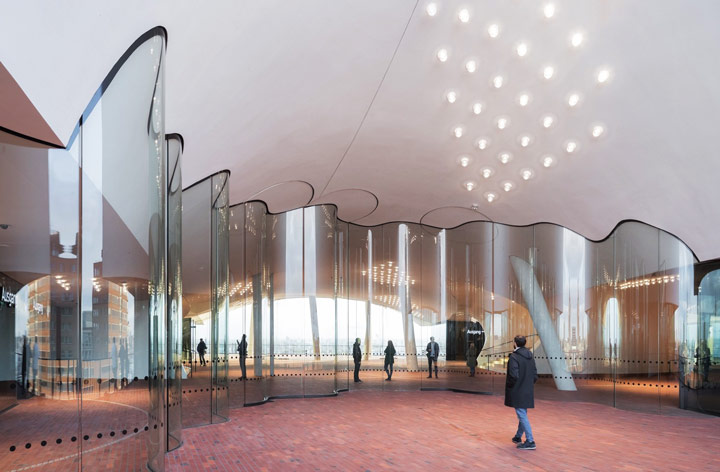 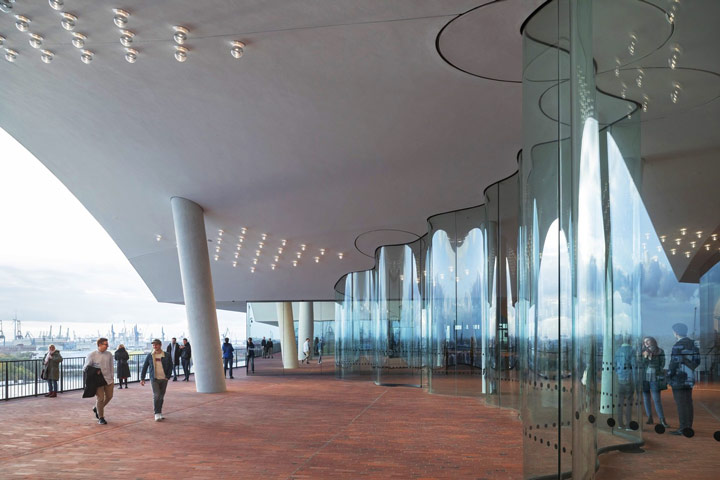 The new philharmonic is not just a site for music; it is a full-fledged residential and cultural complex. The concert hall, seating 2100, and the chamber music hall for 550 listeners are embedded in between luxury flats and a five-star hotel with built-in services such as restaurants, a health and fitness center, conference facilities. The Elbphilharmonie plays host to acclaimed soloists and orchestras from around the world; at the same time, innovative festivals, experimental formats and concert series outside of the traditional classical music program will break new ground here. 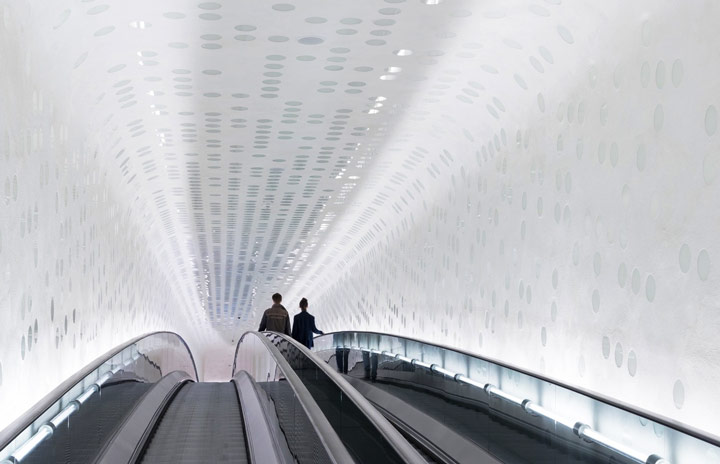 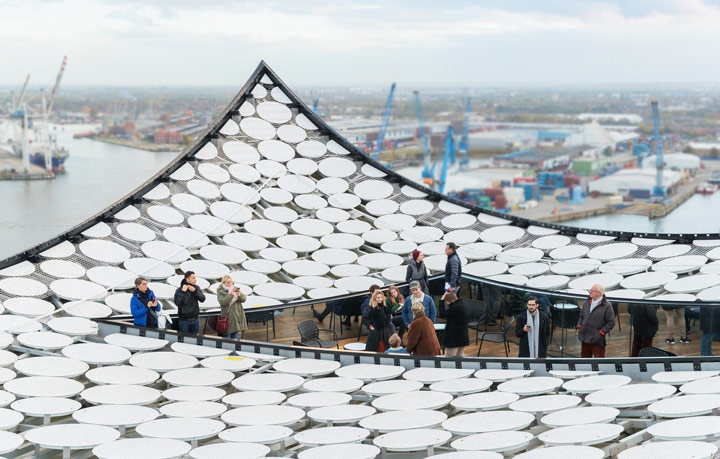 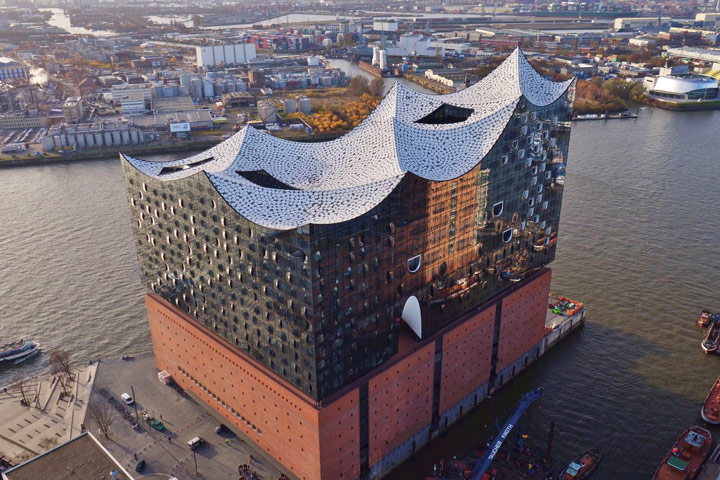 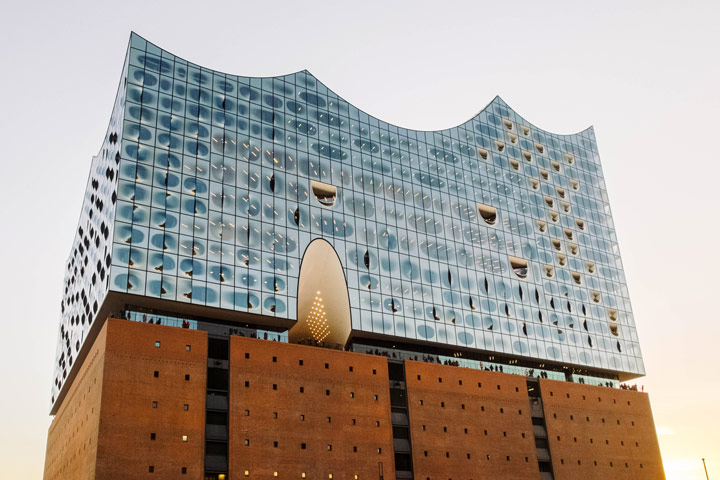 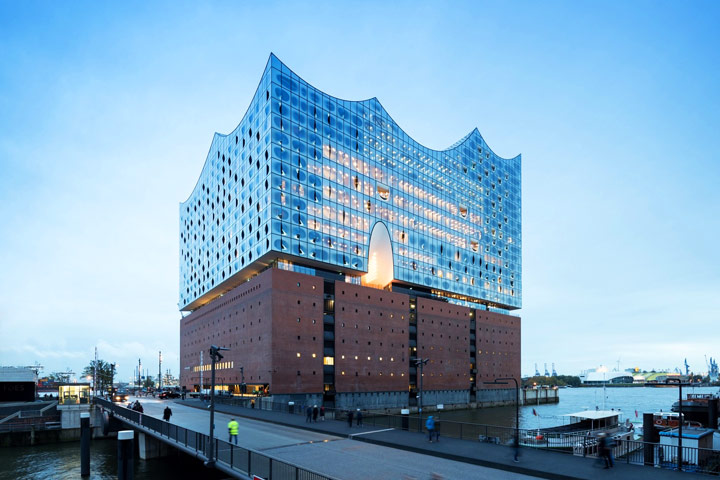 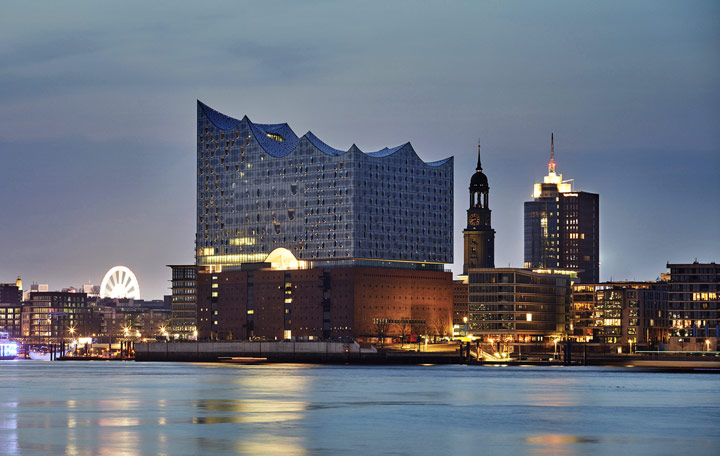 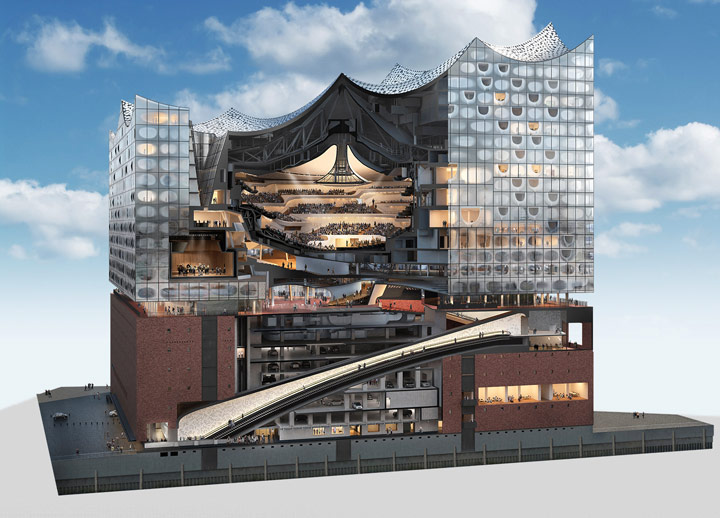