The architectural design of the International Congress Centre, by JEMS Architect, won first place in an international urban architecture competition. The ICC in Katowice (Poland) is a modern, multi-functional facility with an exhibition and conference character. The building is located in the vicinity of the "Spodek" sports and entertainment hall, the Silesian Museum and the Philharmonic, as part of the Katowice "Culture Zone". The main idea was to channel the modernist architecture of Katowice that together with Spodek (a building ranked among the finest achievements of Poland’s contemporary architecture) would create an appealing recreational area. 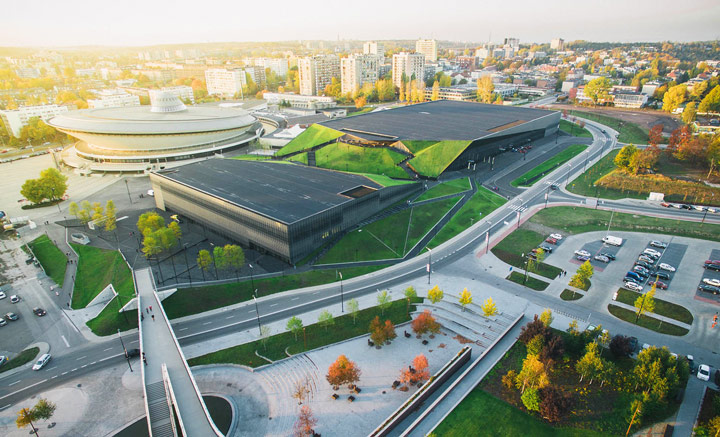 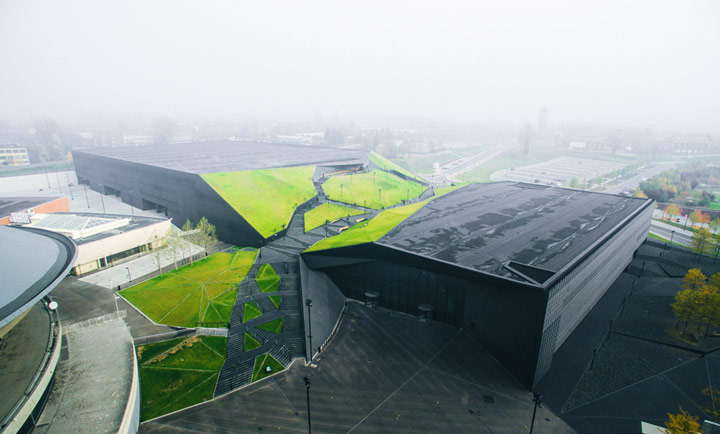 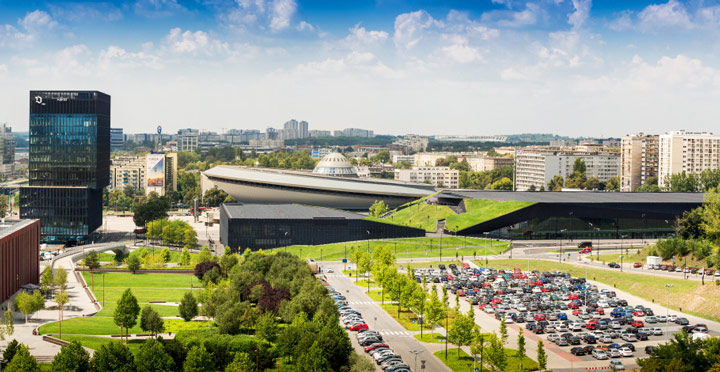 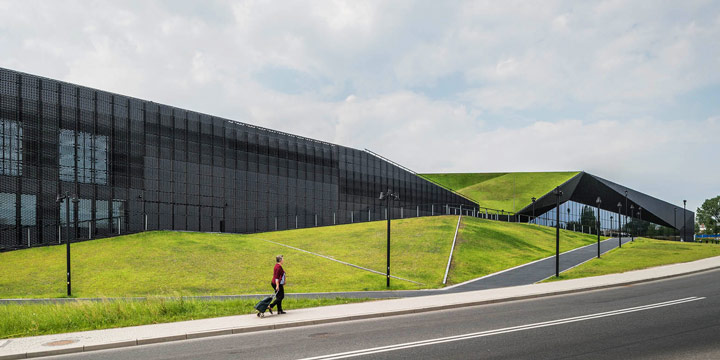 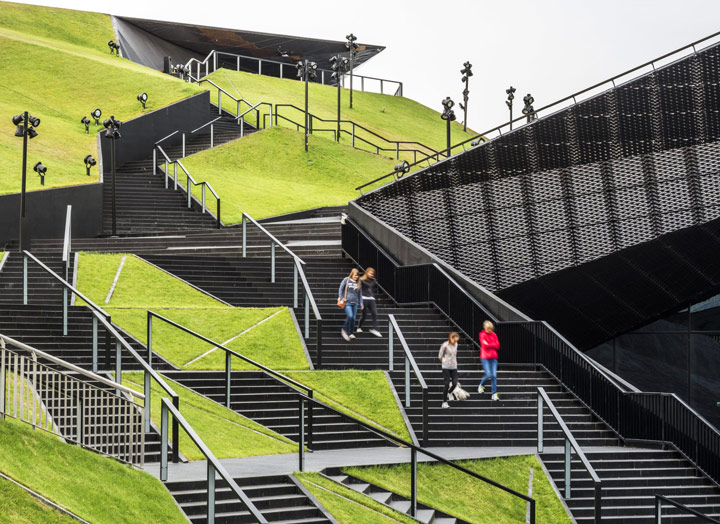 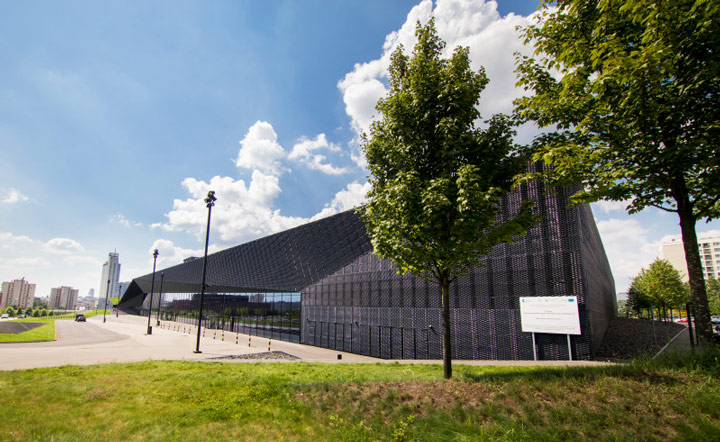 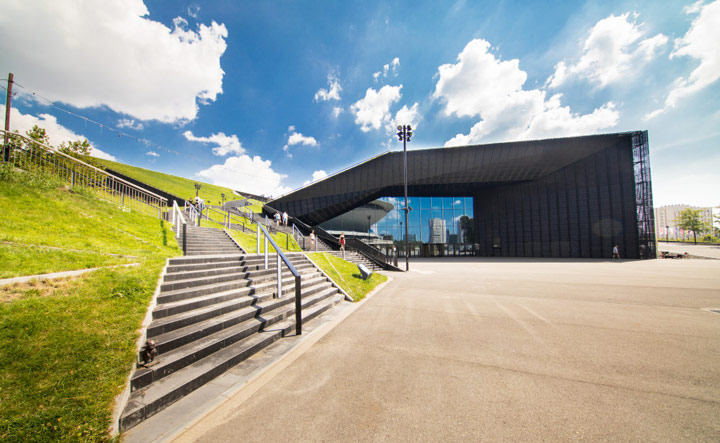 The body of the building is a simple, rectangular edifice, which has been cut in two by the irregularly shaped rift. The resulting green valley, covered with grass, recreates the historical course of the road to Bogucice. The roofs descending to the ground create an entirely new public space. The facade of the building is glazed, from the outside it is covered with black, openwork mesh made of cut sheet metal; its color brings to mind the coalmining past of the area. 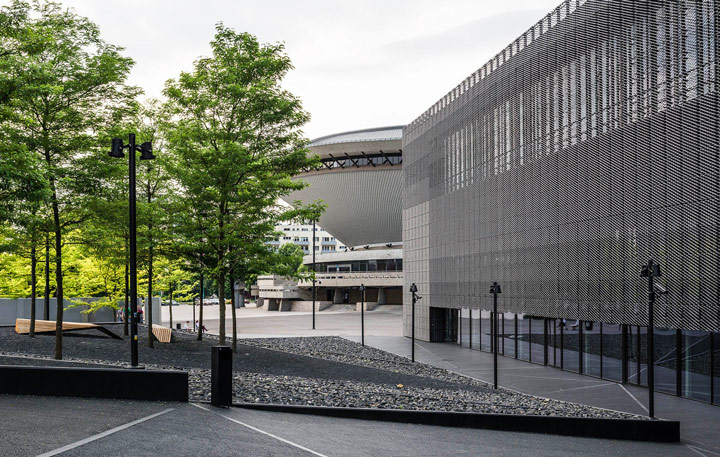 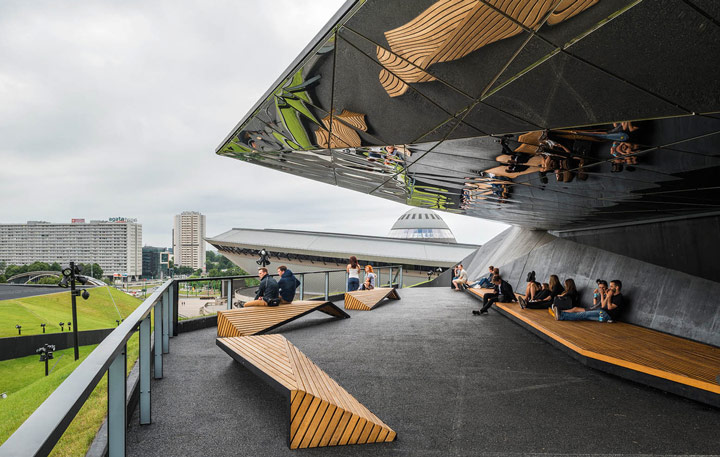 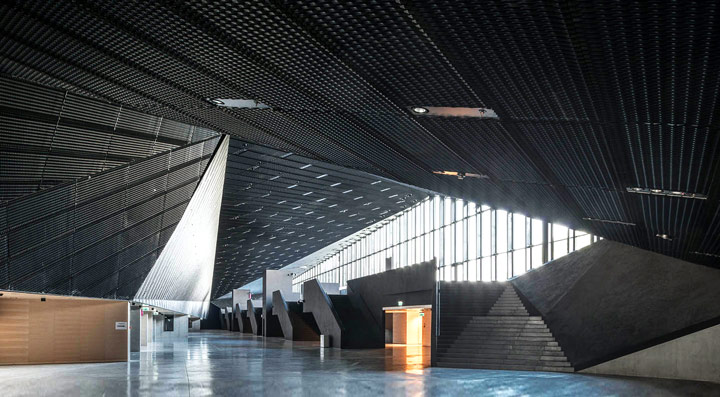 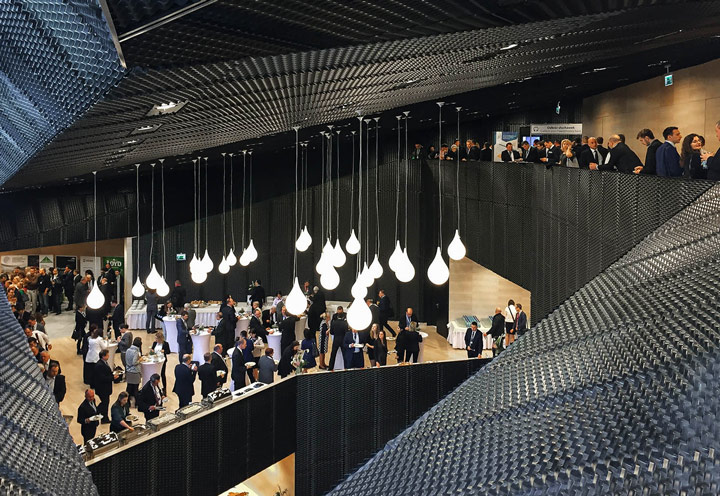 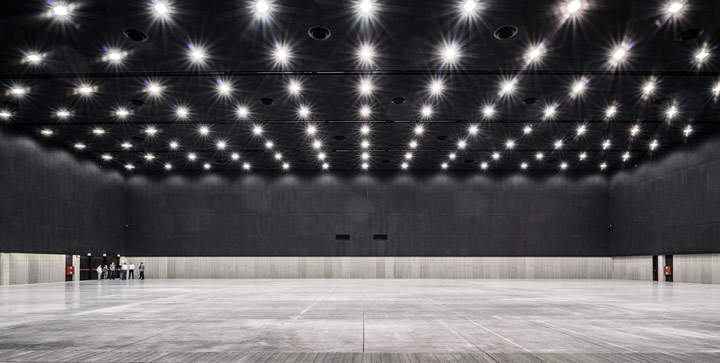 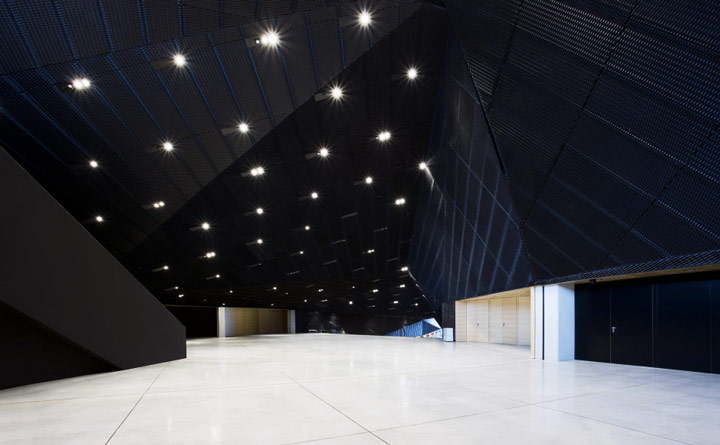 The facility is designed to host up to 15,000 guests; while the spacious, multifunctional hall can host up to 8,000 guests, and can be arranged as needed. Fitted with modern equipment, the lecture theatre is intended for up to 600 guests. All 26 conference rooms are available for organizers of both open and closed events, with a total capacity of 1,200 guests. The banquet hall can comfortably accommodate up to 800 guests. The ICC is also equipped with VIP rooms, a business center, and a modern foyer which connects all elements of the International Conference Centre. 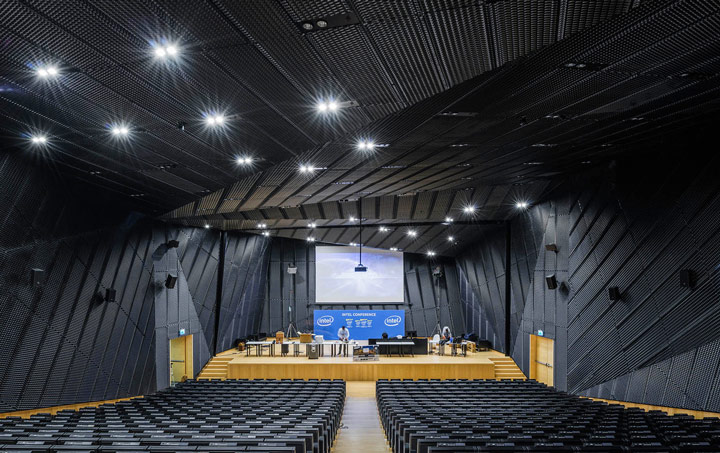 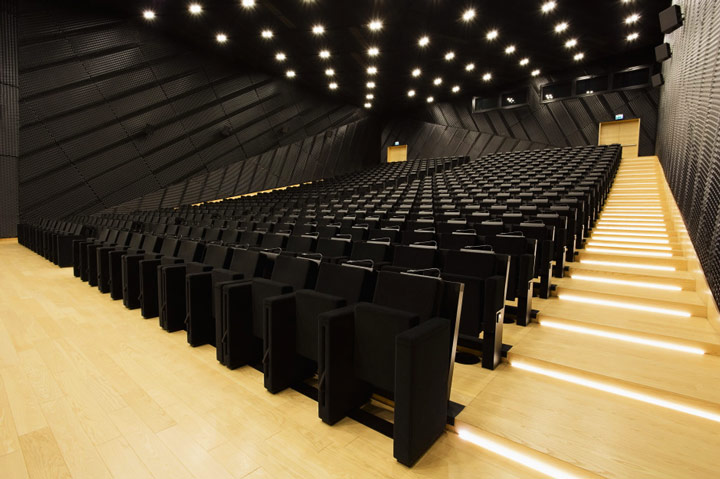 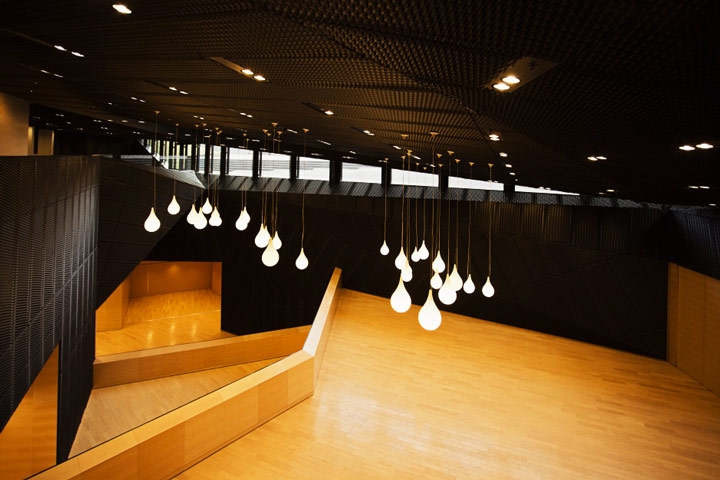 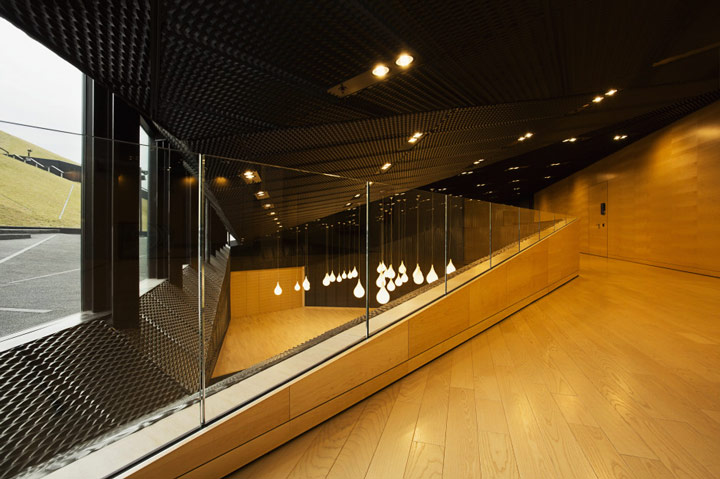 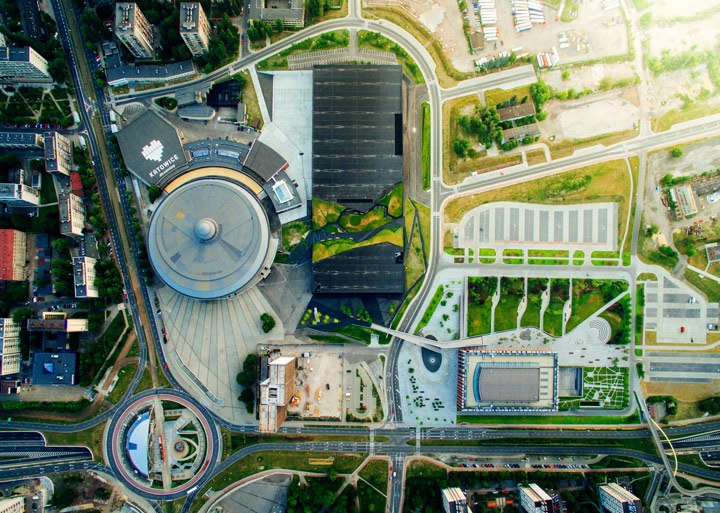 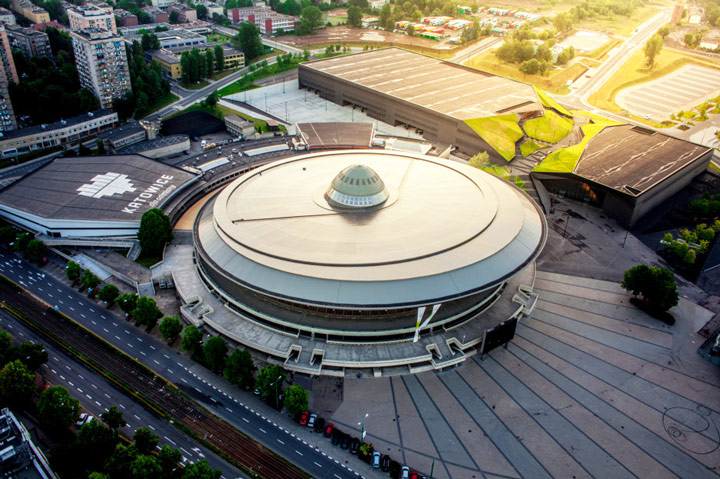 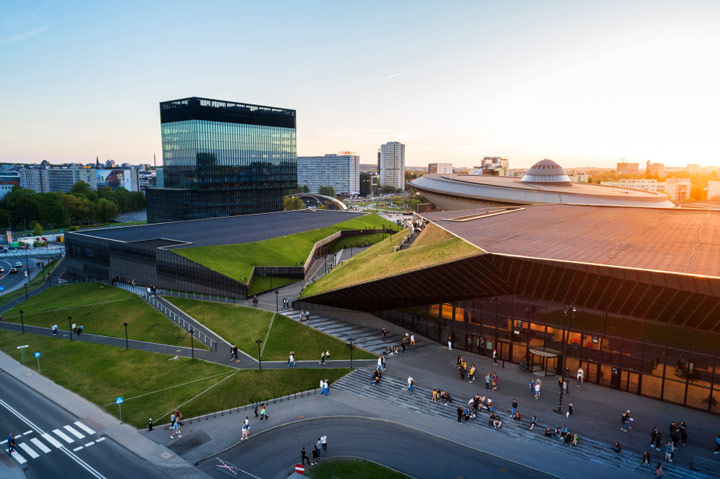 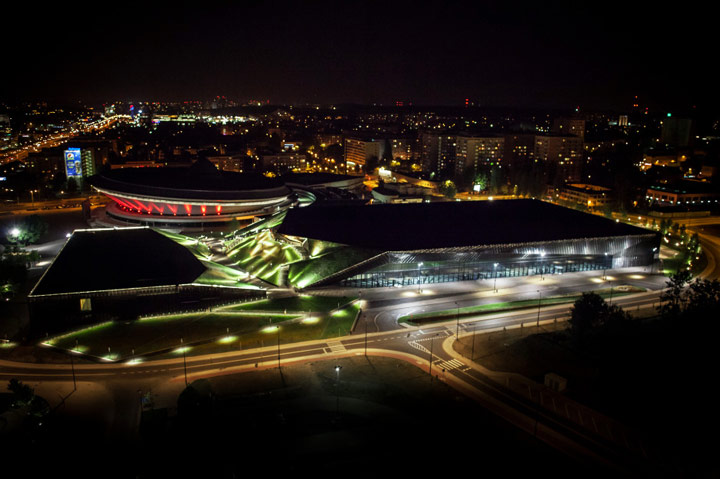 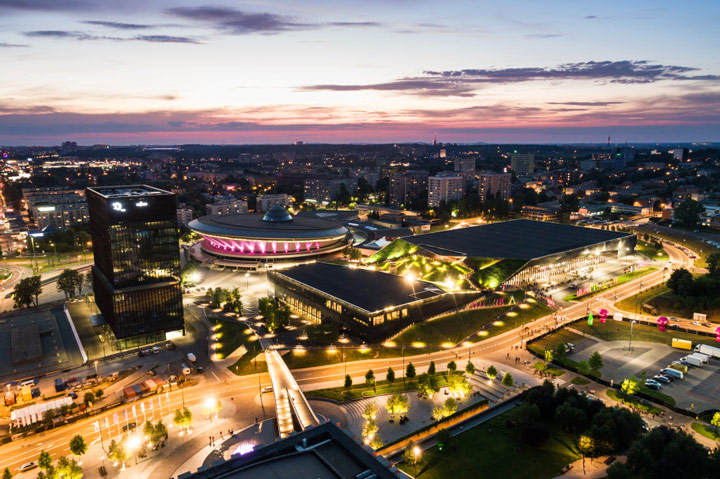