Olympic House, designed by Danish architecture firm 3XN, is International Olympic Committee’s new headquarter in Switzerland to bring together the IOC staff under one roof at a single site. Olympic House, with total area of 135000 m², is formed around five key objectives: movement, transparency, flexibility, sustainability, and collaboration, each of which translates the Olympic Movement’s core principles into built form. With its dynamic, undulating façade, the building appears different from all angles and convey the energy of an athlete in motion. 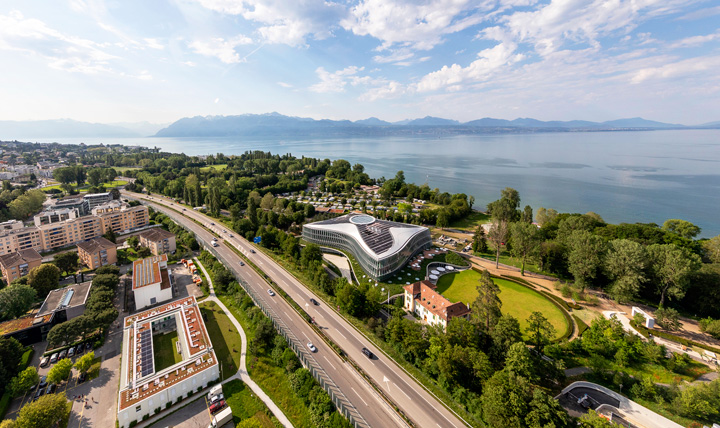 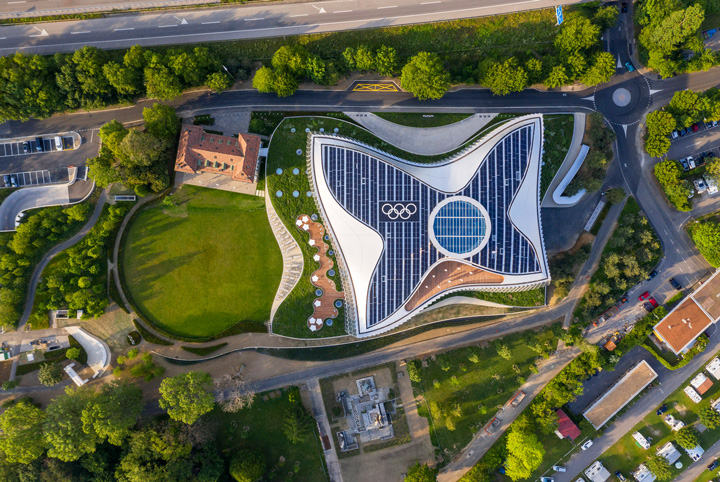 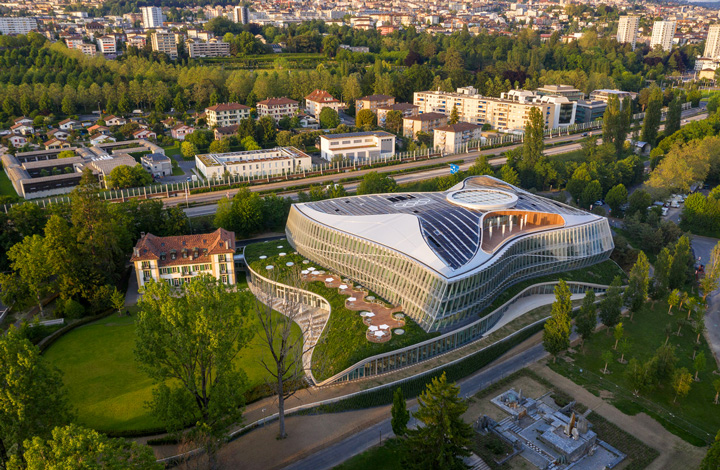 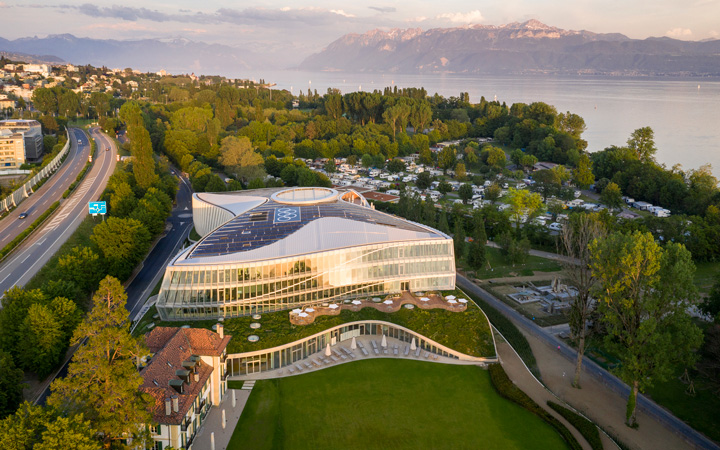 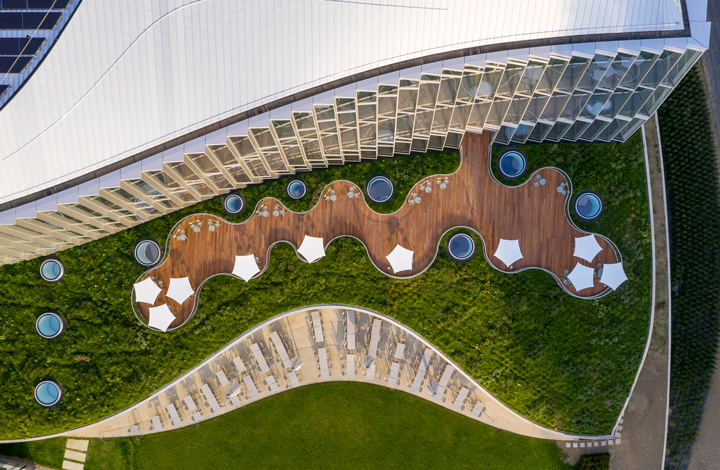 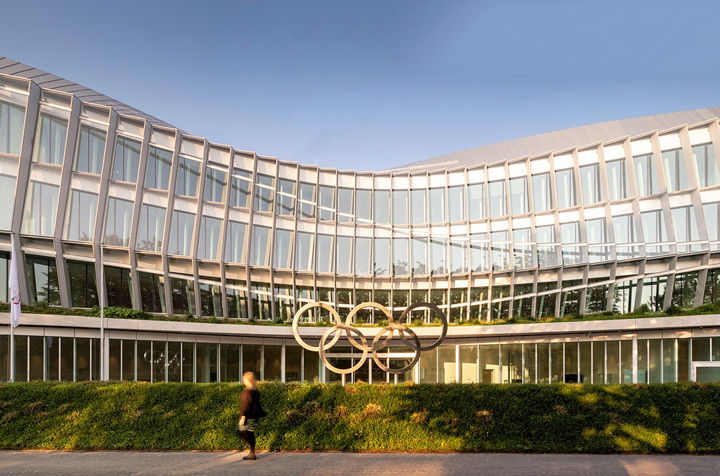 The visual transparency of the building not only provides great views to the lake beyond, but acts as a metaphor for the IOC transparent and open organization. This floor-to-ceiling, fully glazed façade brings daylight deep into the building while optimizing thermal insulation with a double-skin system. It also allows the daily work and movements of the IOC staff to be visible through the façade. The indentation of the façade allows the park to flow deeper into the office space. 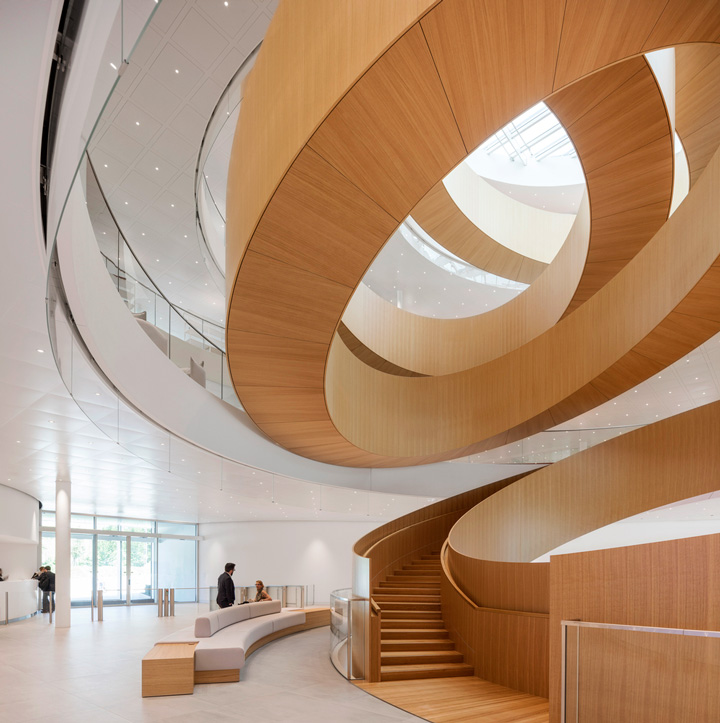 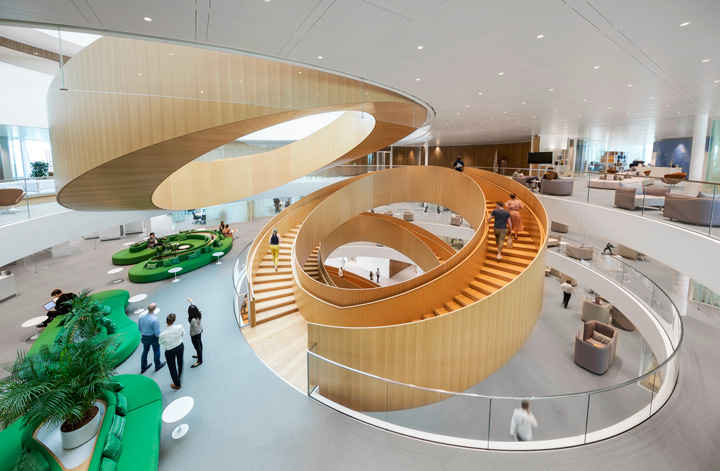 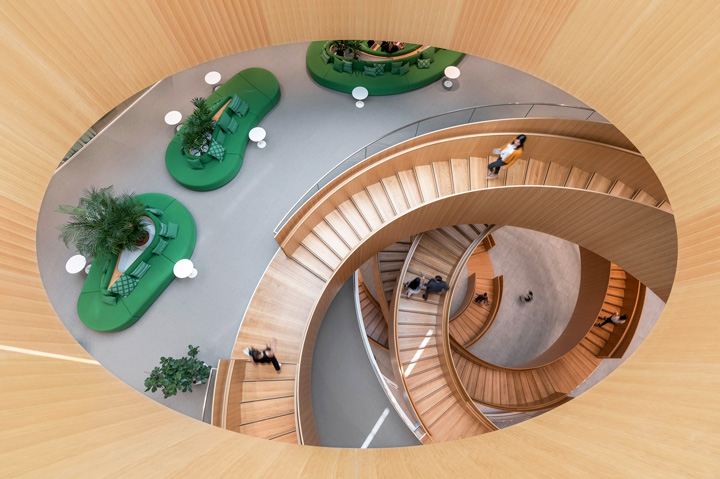 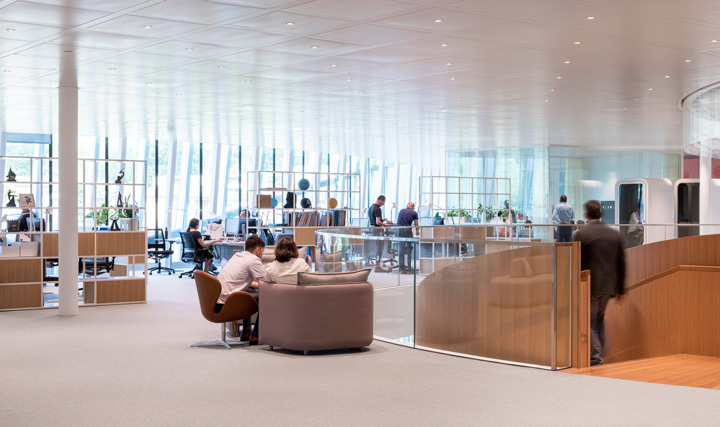 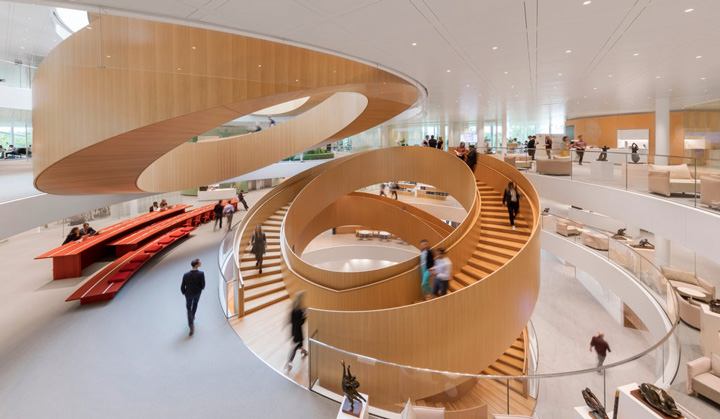 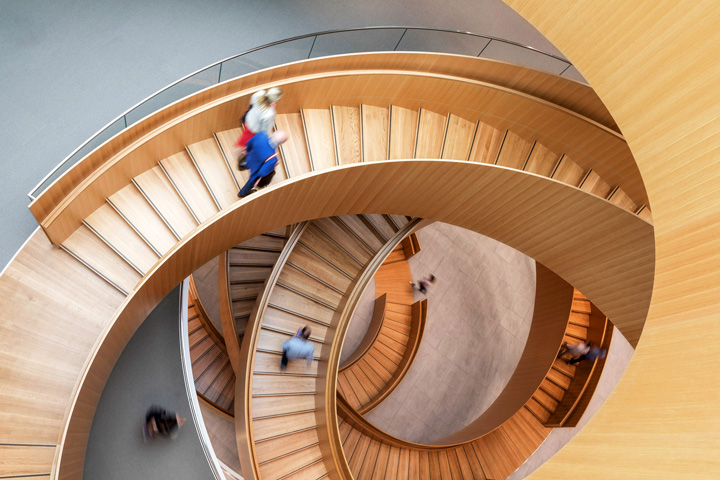 Its interior is designed with as few structural constraints as possible. The Unity Staircase, which references the Olympic Rings, soars the full height of the building and connects the five floors through a central atrium. Following the principles of active design, the oak staircase and its periphery define the central area for social activity and movement. Exhibition spaces, a cafeteria and meeting rooms are also arranged around the central staircase. With offices that can be easily moved through the open spaces, workspaces can be easily modified according to the ever-changing needs of the IOC staff. Furthermore, the design is also intended to encourage interaction, communication and knowledge sharing among staff. 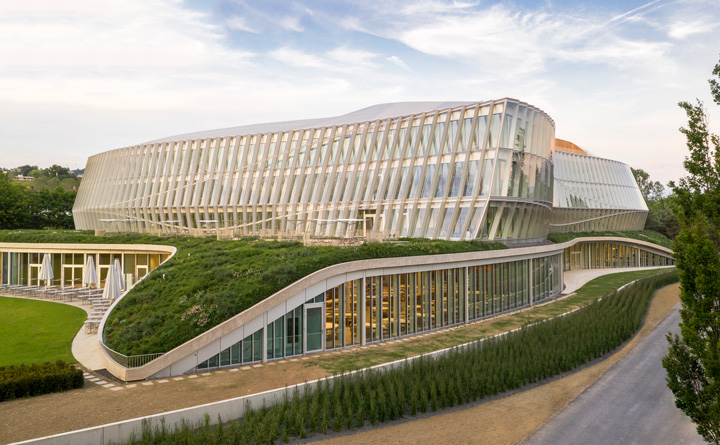 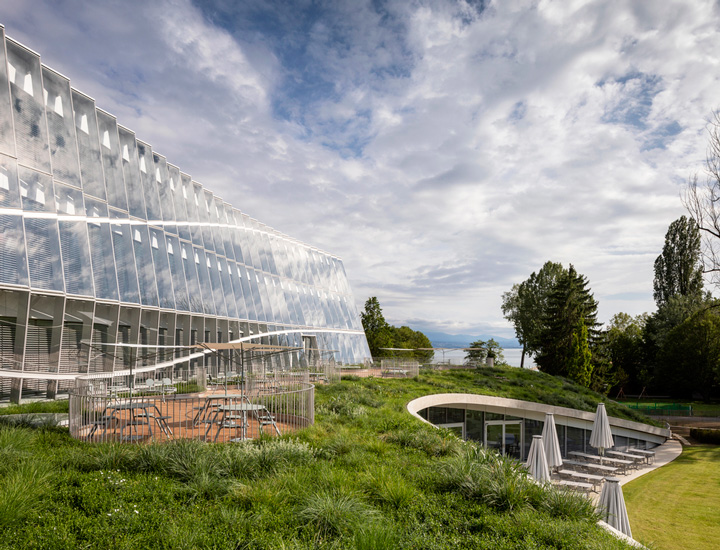 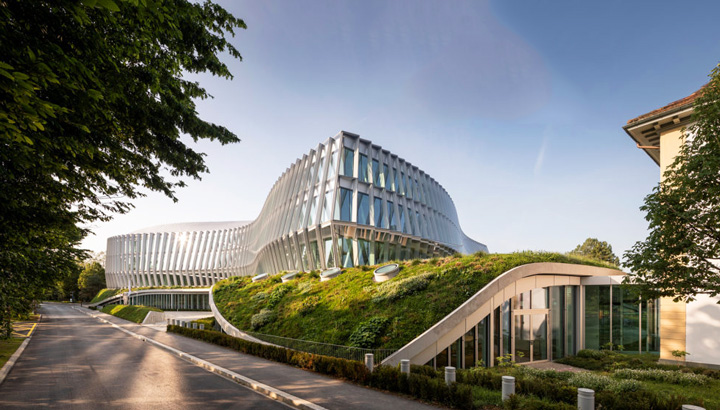 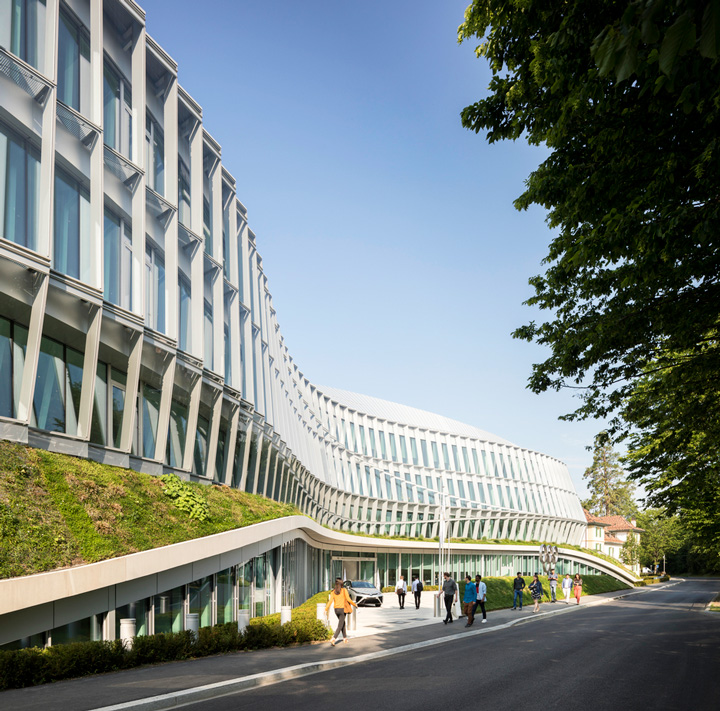 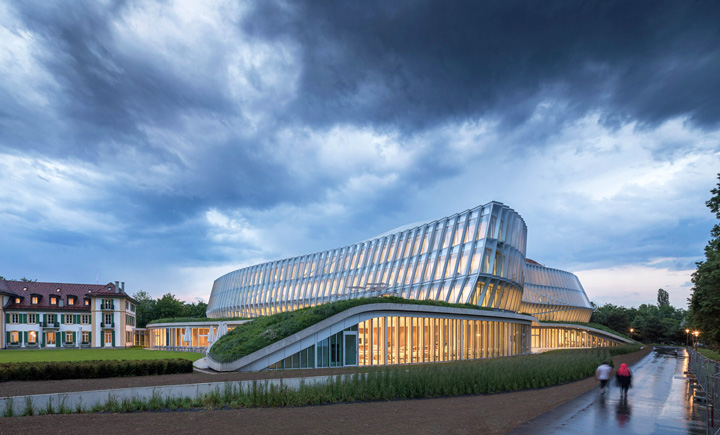 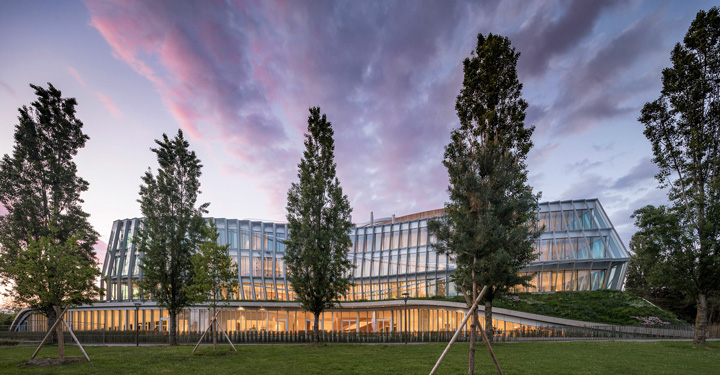