Sitting at the confluence of China’s two major rivers, Raffles City Chongqing has become a new symbol for the city, with its design recalling the site’s historic role as an imperial city gate and maritime trading post. This 1,127,000-square-metre development has sparked revitalization around its waterfront site. Located at the heart of one of the world’s fastest growing cities in an area with limited public parks, the development provides over 30,000 sq. m. of public space including outdoor and community gathering spaces. Raffles City Chongqing was opened on August, 2020. 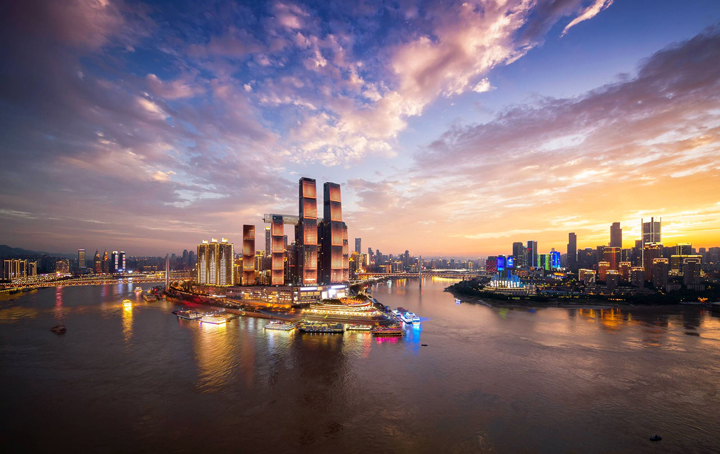 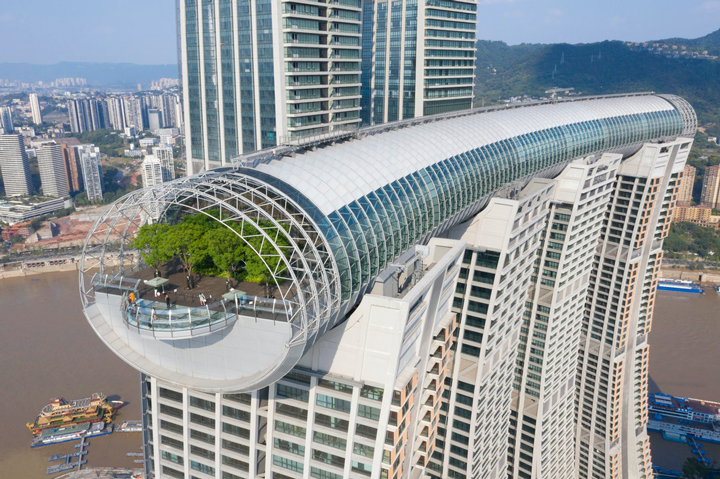 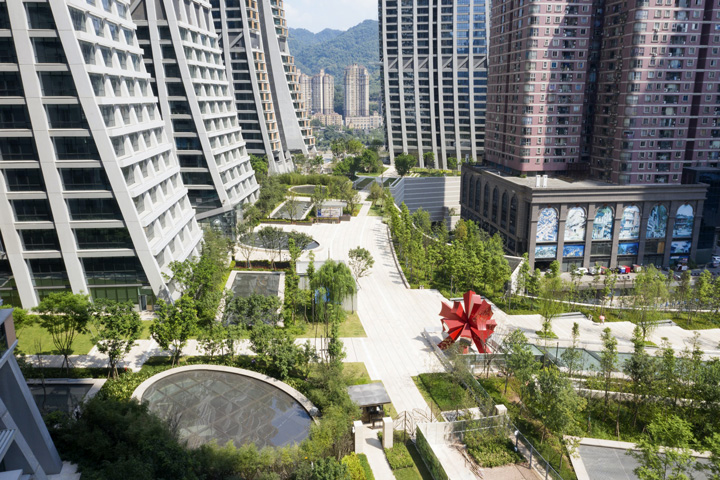 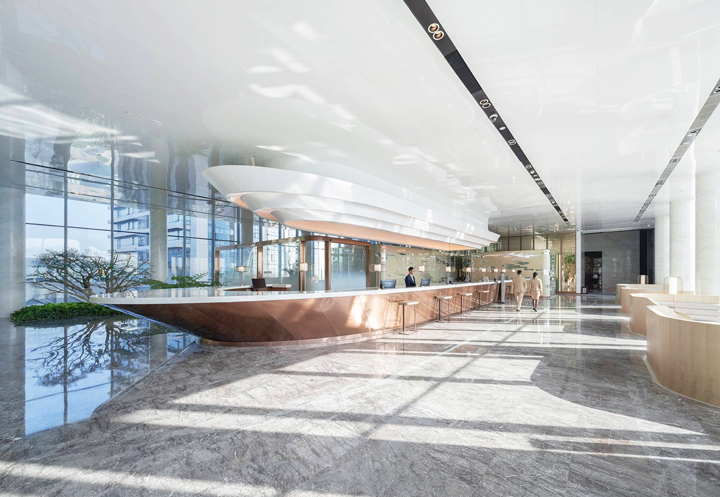 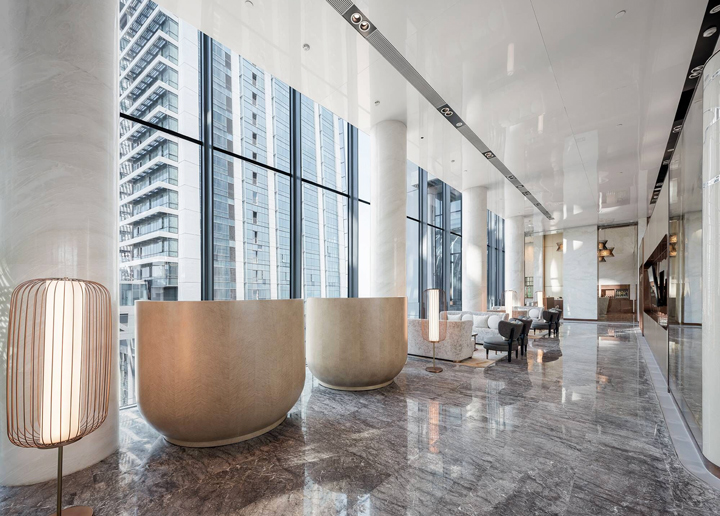 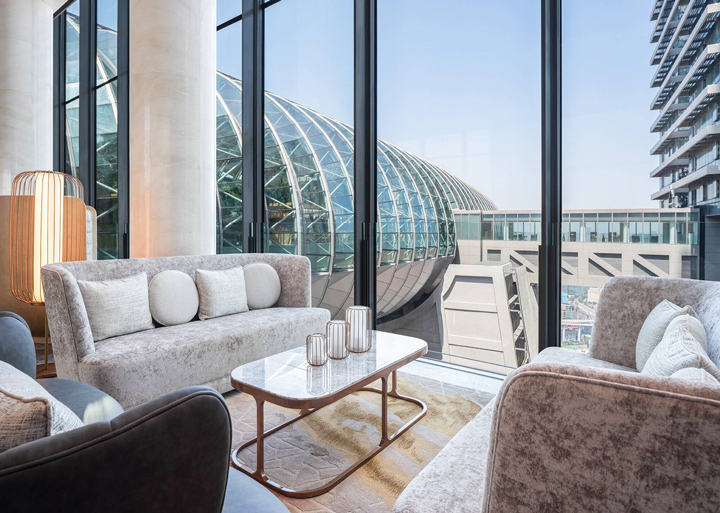 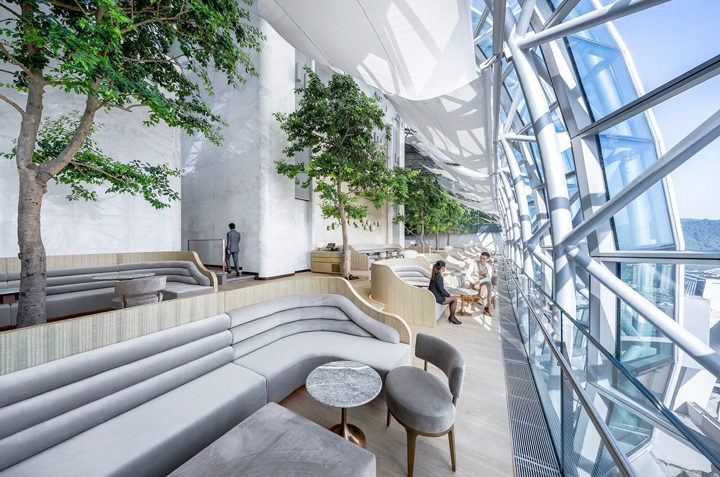 Raffles City Chongqing, designed by Moshe Safdie, combines office, residential, hotel, serviced apartments, retail, and recreational facilities. The development is composed of eight towers in total, with six southern towers rising to 250m and two northern towers to 350m. Five towers are dedicated for residential use and the second 350m-tall tower houses office space up to the level of the 300-meter-long skybridge. The remaining towers include a dedicated office tower and one mixed-use tower, with offices and serviced apartments. 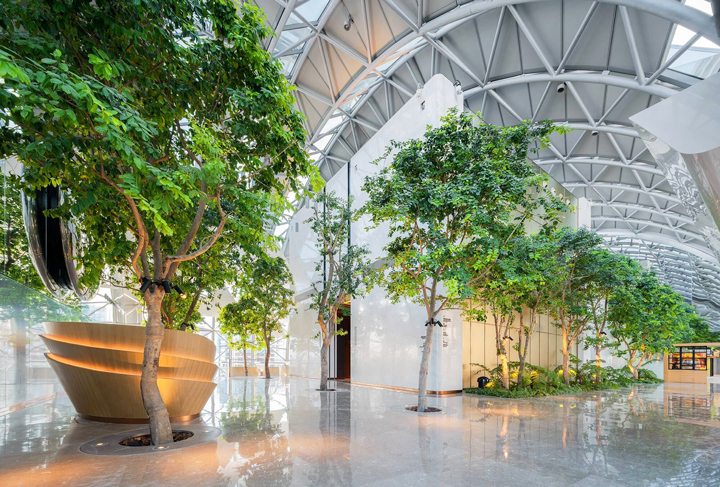 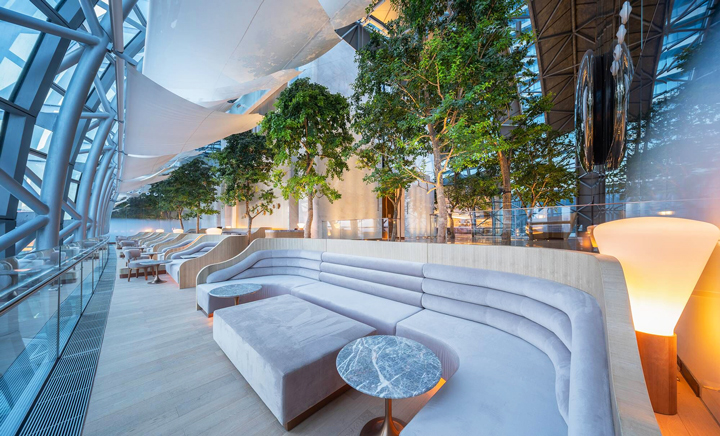 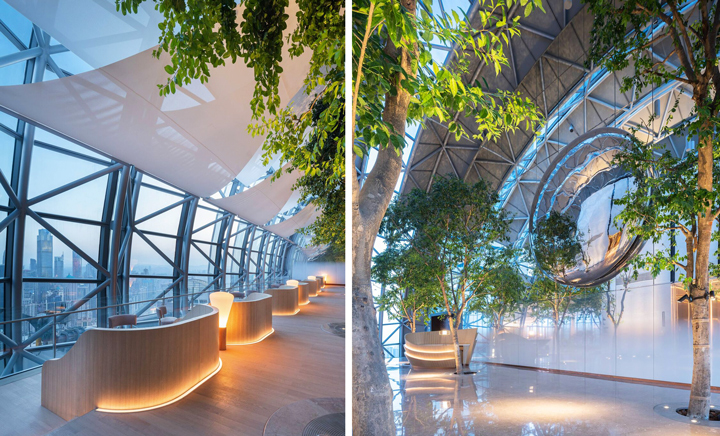 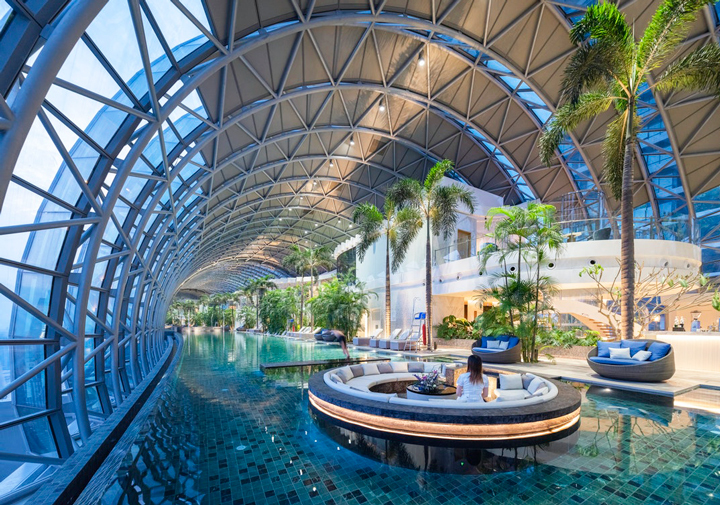 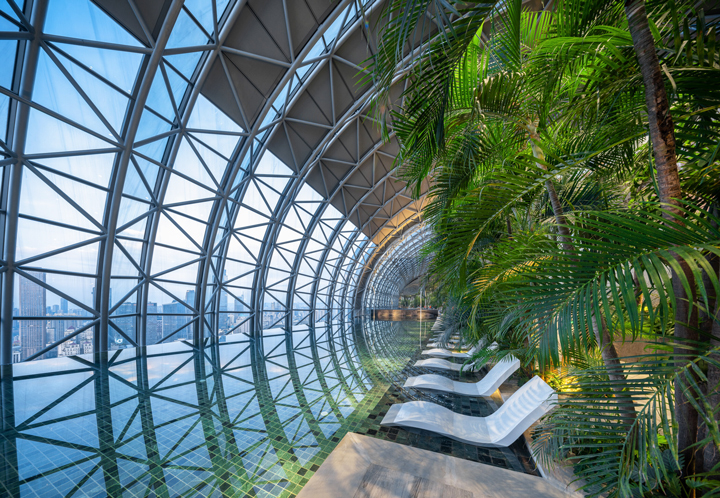 At a height of 250m, the Crystal is a fully programmed horizontal skyscraper housing over 10,000 sq. m. of amenities. Enclosed by a concertina structural frame with an integrated curtain wall comprised of 3,000 pieces of glass and 5,000 aluminum panels, the Crystal’s gardens and amenities are open to visitors year-round. The 300m-long Crystal features amenities that include multiple dining, bar and event spaces; a hotel lobby; and a members-only clubhouse with a 50m-long infinity pool. 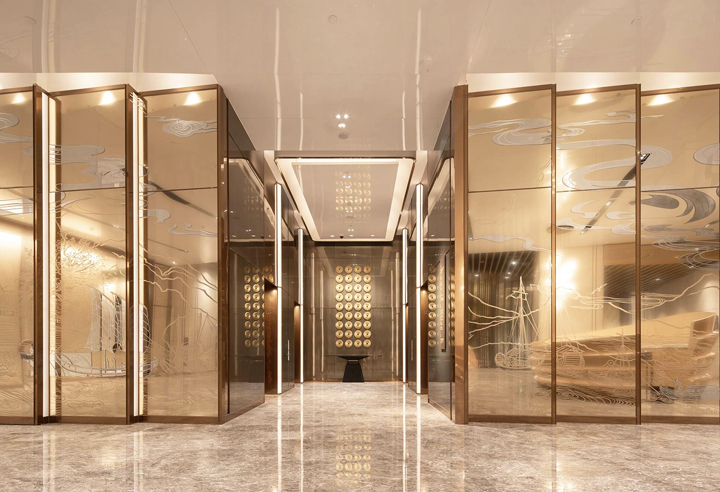 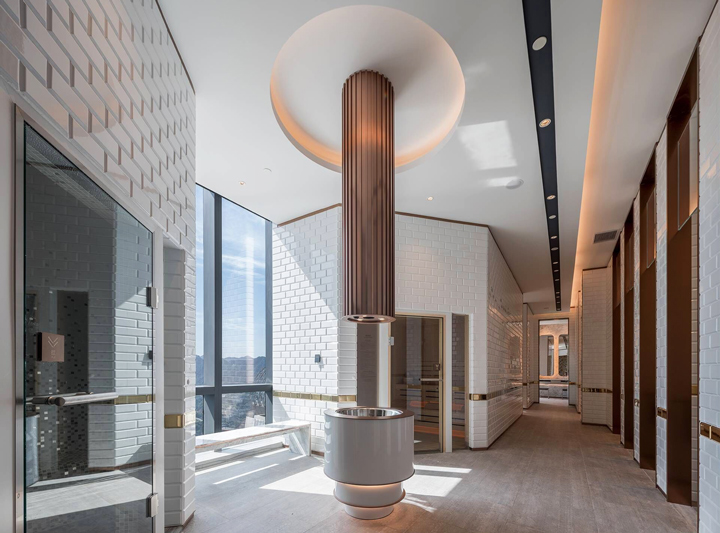 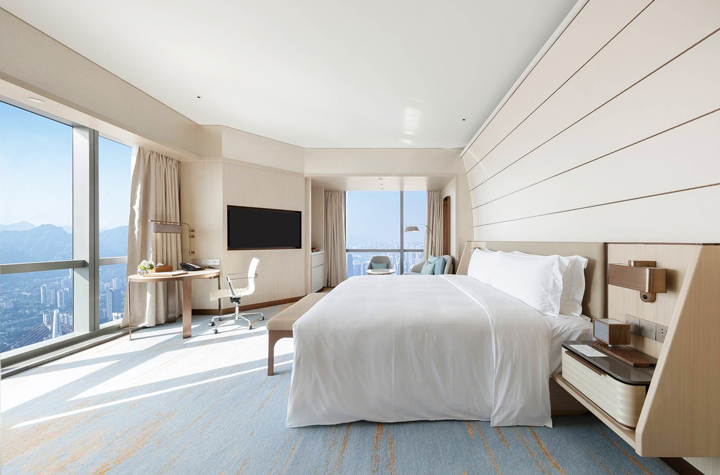 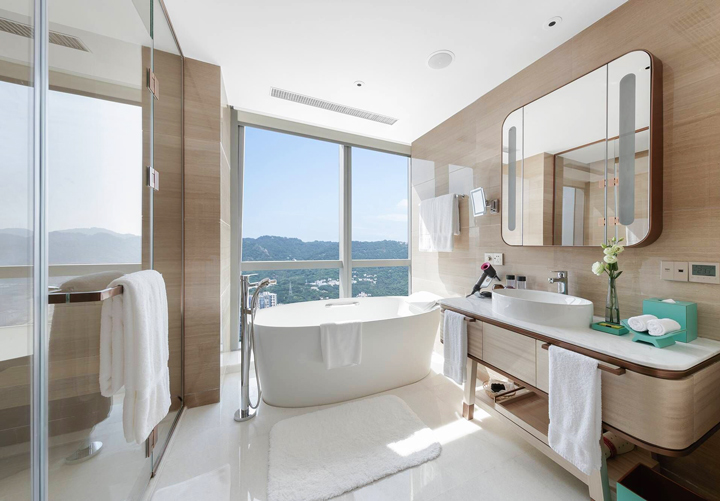 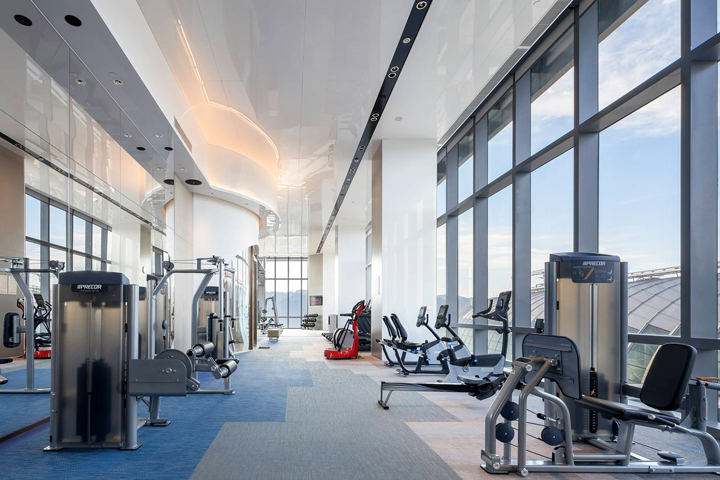 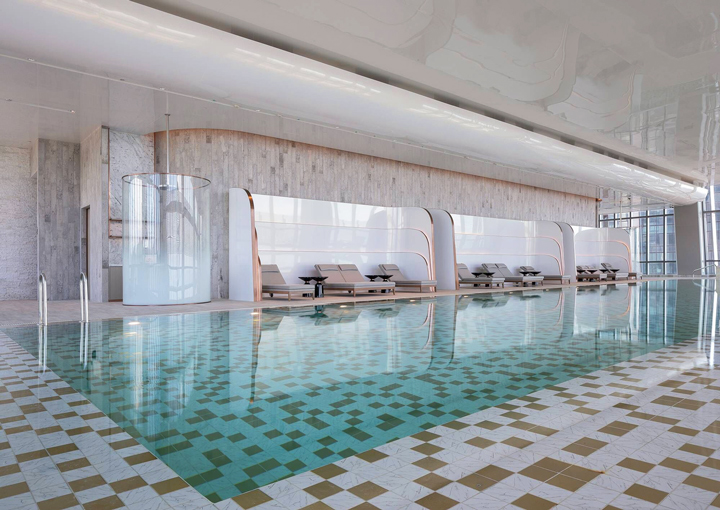 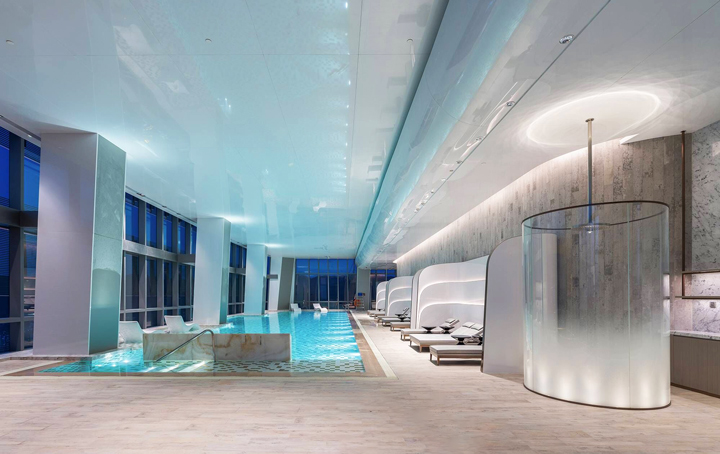 CL3 has designed the interiors of the hotel's main areas as well as the residential lobby and common areas for five of the towers. For the interior of the hotel rooms, the studio used pale wood combined with beige and cream colors and softly curved walls. The inspiration from the timeless ultra-luxury of contemporary sailing vessels is reflected in the ambiance, furniture selections, finishes, and guest rooms. Intercontinental Chongqing Raffles City's grand reception is located on level 42 at the skybridge and nods to the sailing theme with a reception desk shaped like the hull of a ship, complemented by lighting in the same shape. 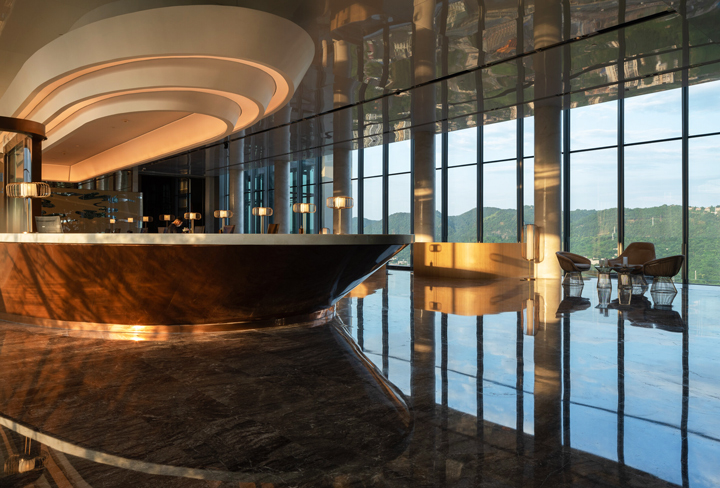 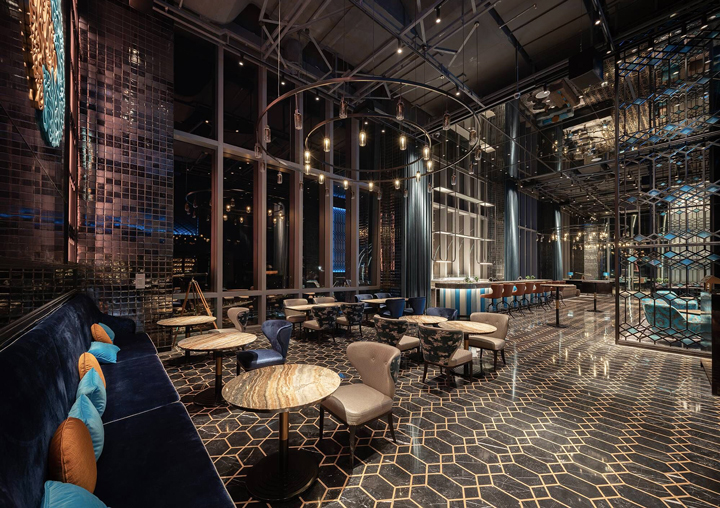 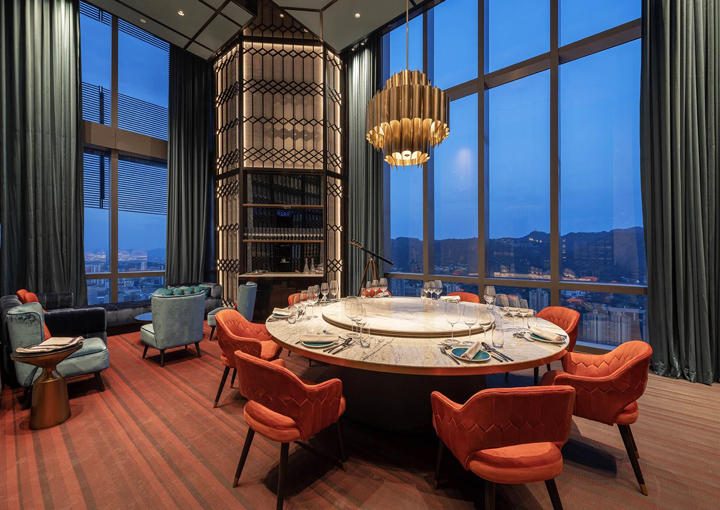 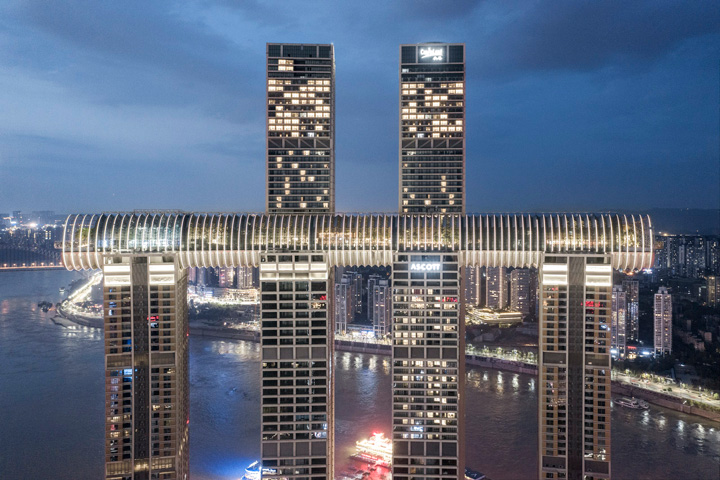