The Evolution Tower, designed by RMJM and Philipp Nikandrov, is located in Moscow International Business Center. The design is similar to the double helix-shape of DNA. This is possibly why the building reflects two ribbons wrapping around each other: symbolizing the inter-linking of individuals, generations, and families. The spiraling 246m high Evolution Tower occupies the territory of 2.5ha in area, 2ha of which is a landscaped terraced civic plaza. 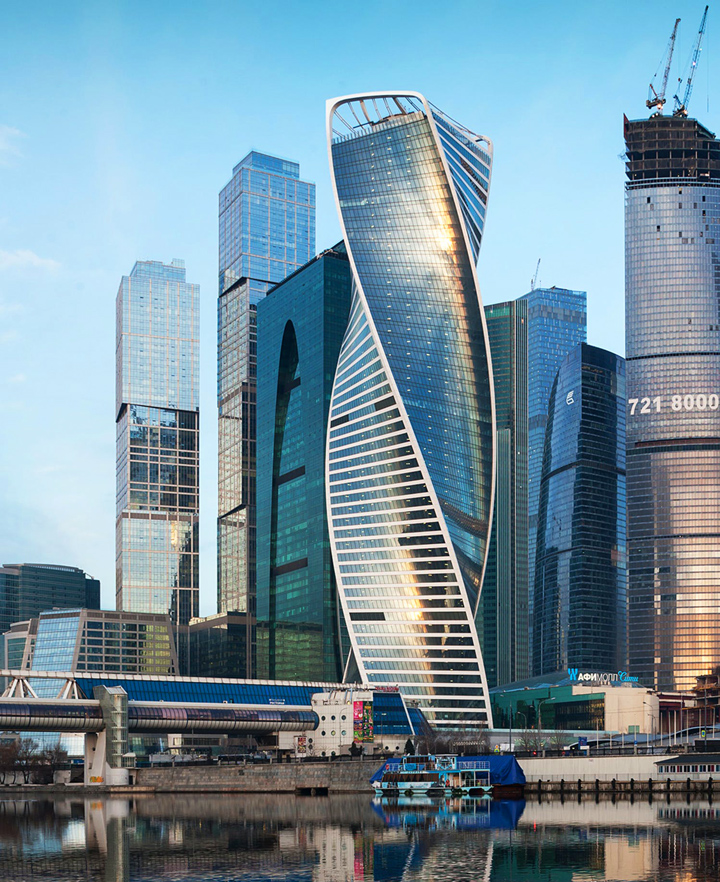 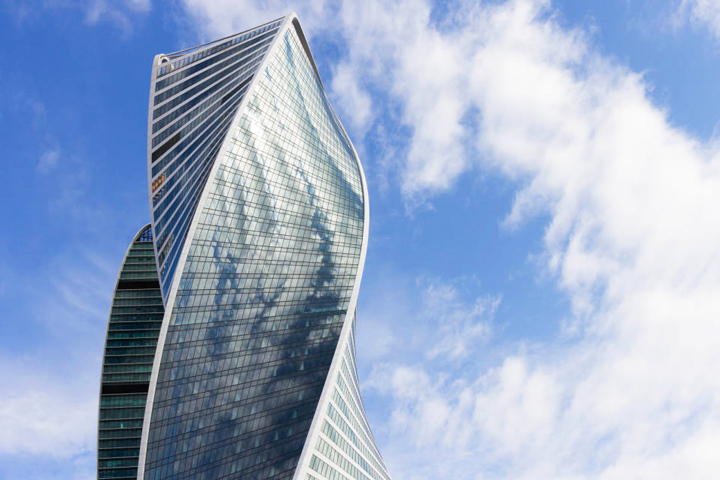 The tower has 52 levels rotated 3 degrees each floor with overall twist reaching 156 degrees clockwise. With world’s largest innovative cold-bent glazing the tower façade provides seamless floating reflection that rotates the panoramas of Moscow upside down at an angle of 90 degrees to the horizon. The Evolution Tower was a highly complex project that it completed successfully thanks to its knowhow and by providing a global solution: dynamic lighting for both the exteriors and the indoor offices. The tower’s most distinctive feature is its media façade, which is said to be the largest in Asia. 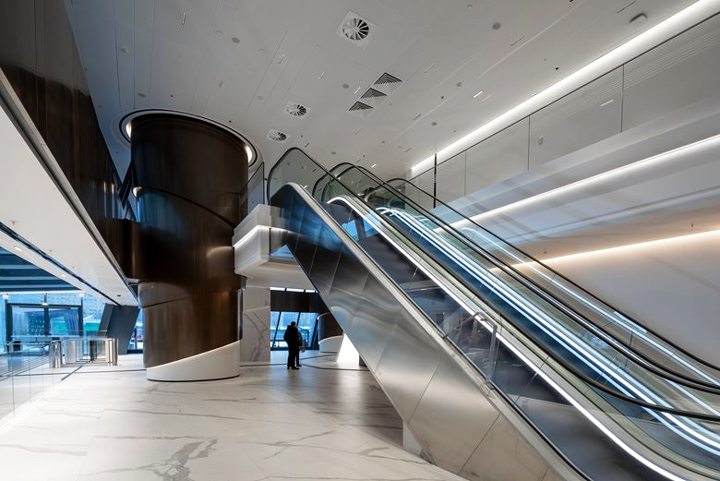 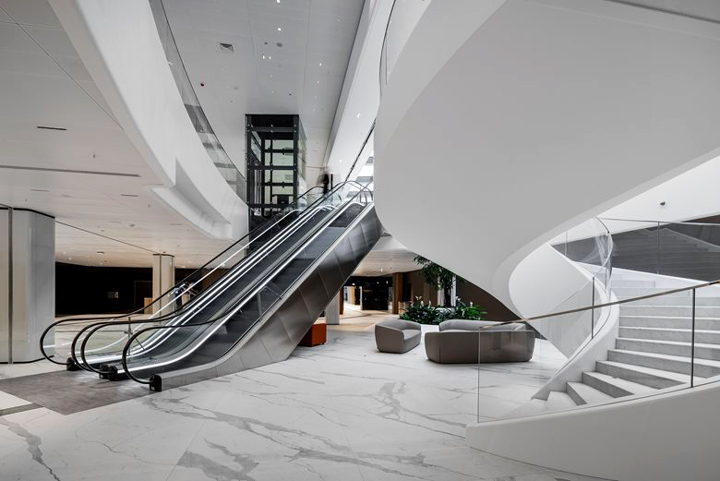 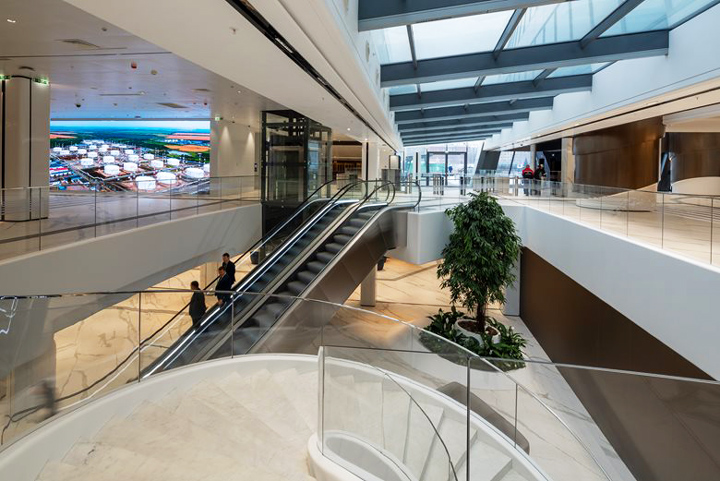 The twisting tower provides approximately 85,000 m² of retail and leisure facilities and 85,000 m² of Class A offices and public functions as well as a parking garage over a 36 thousand square meter area. The Crown made of two twisted arches provides the helipad at the very top as well as the open observation roof decks at Levels 51-52 featuring the best panoramas of Moscow. 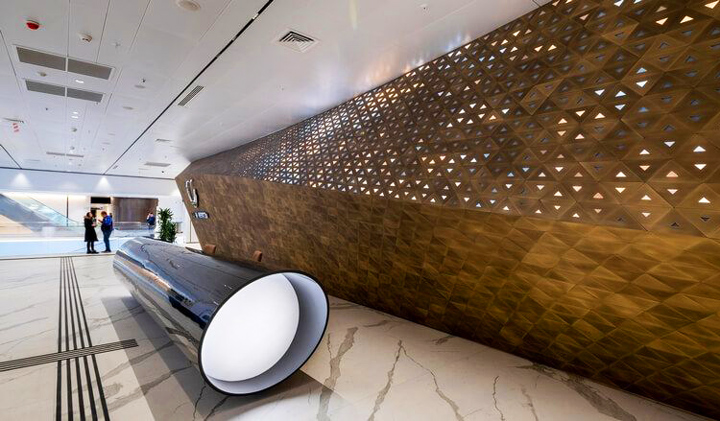 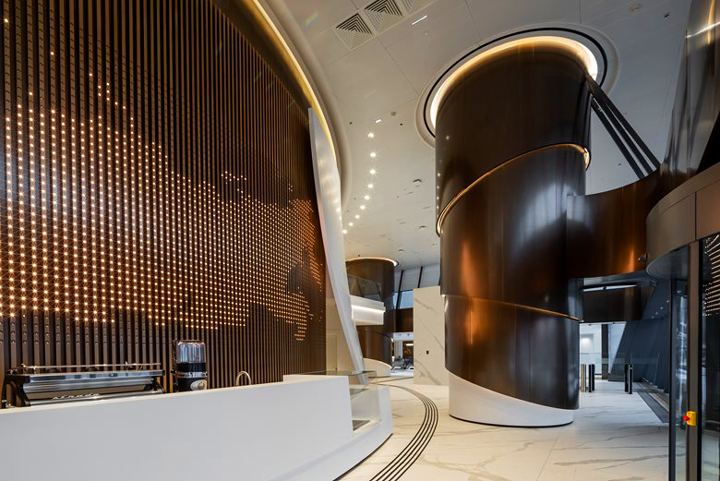 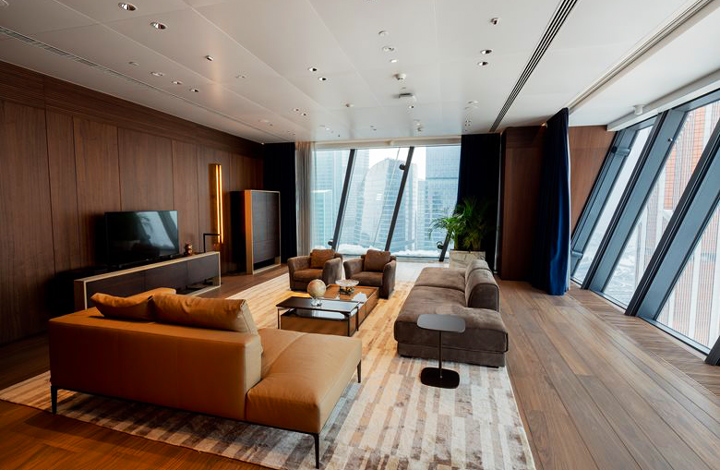 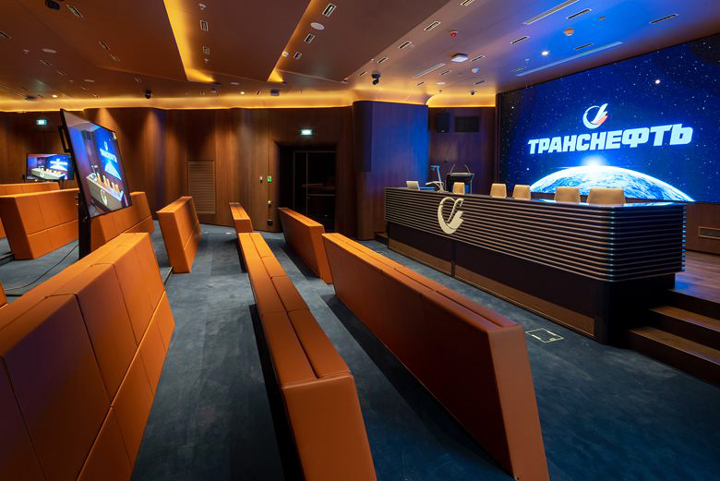 The Evolution Tower earned the 2nd place title in the Emporis Skyscraper Award 2015 competition for world’s best skyscraper! It became a finalist for the 2016 MIPIM Awards. In addition, it was voted Moscow's best office building in 2015, received the grand-prix and national award in the 2015 Glass in Architecture Competition and first prize of 2015 National NOPRIZ Awards competition. 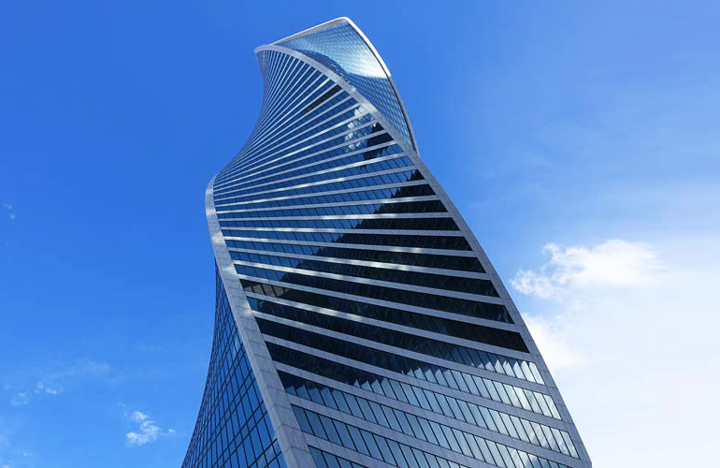 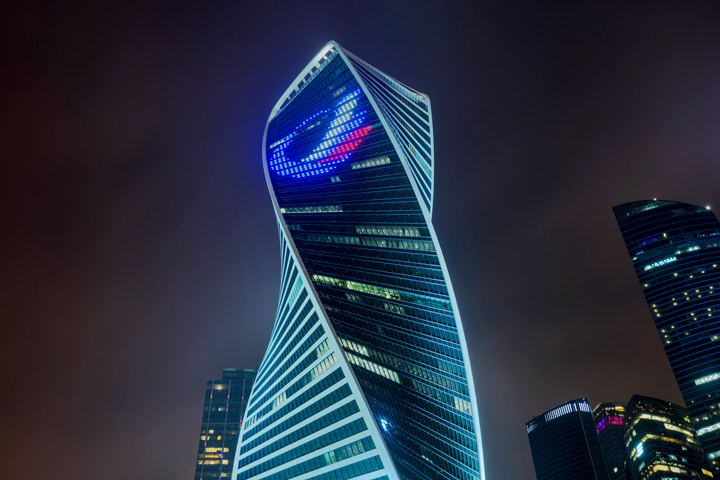 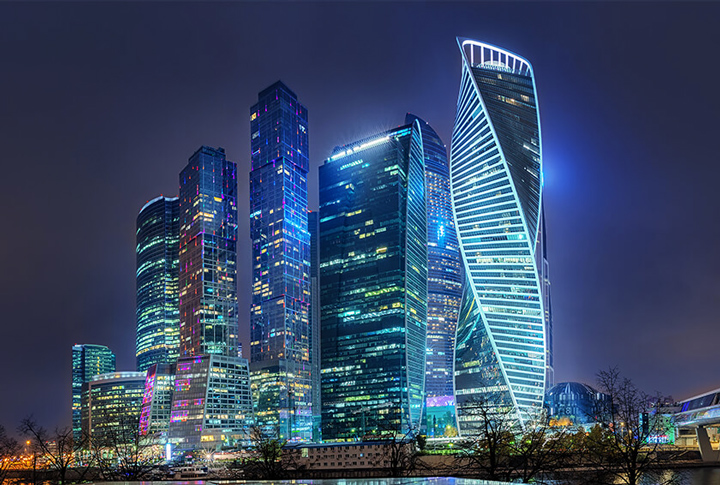