The Ali-Sadr Cave is the world's largest water cave which attracts thousands of visitors every year. It is located in Ali Sadr Kabudarahang County about 100 kilometers north of Hamadan. This historical cave which dates back to jurassic era is perfect for exploring and has an underground river. Excavations and archeological studies of the cave have led to the discovery of ancient artworks, jugs and pitchers dating back to 12,000 years ago. The cave was known during the reign of Darius I (521-485 BC) which can be verified by an old inscription at the entrance of the tunnel. The UNESCO listed Ali Sadr Cave as a world natural heritage. 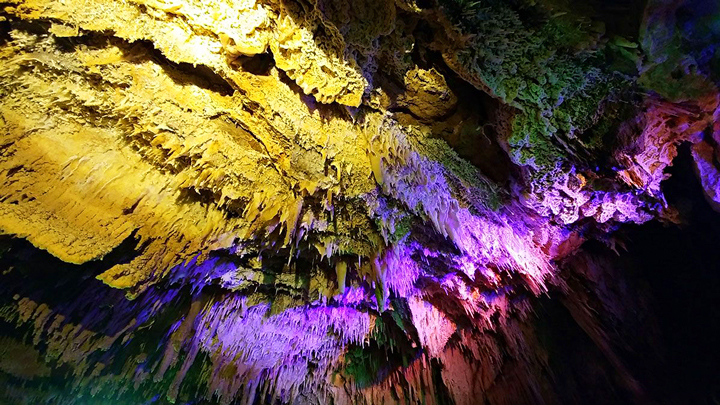 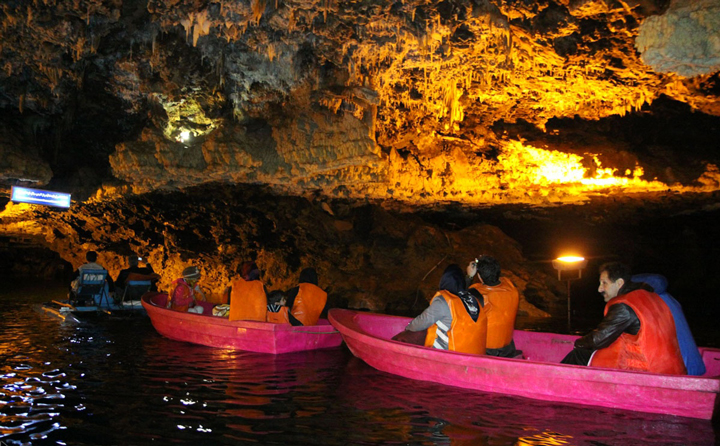 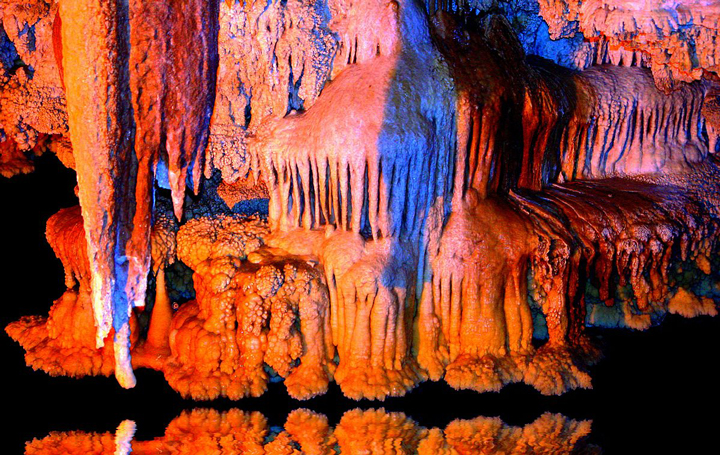 Ganjnameh tourist resort complex in Hamadan, consists of ancient sections and tourism parts. The cultural village is located in Ganjnameh Square, in the vicinity of the old inscriptions and Ganjnameh waterfall. It is one of the best tourism attractions in Iran and the Middle East, and is a member of the World Tourism Organization (UNWTO). The beautiful Alvand valley and the Mishan plain have attracted many tourists every year. The Ganjnameh Tourist Resort Complex with 5,000 people capacity has all the amenities needed by a tourist, such as recreational, sports, residential or even educational facilities. 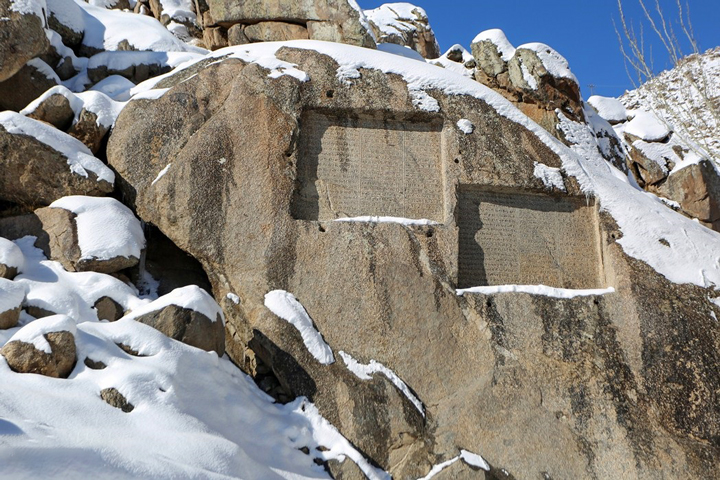 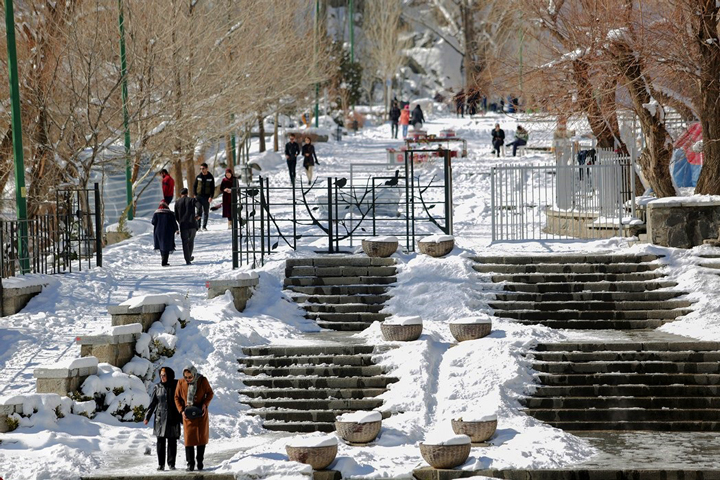 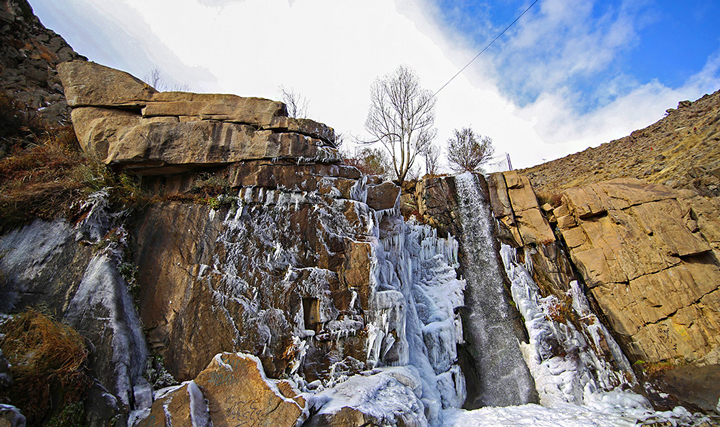 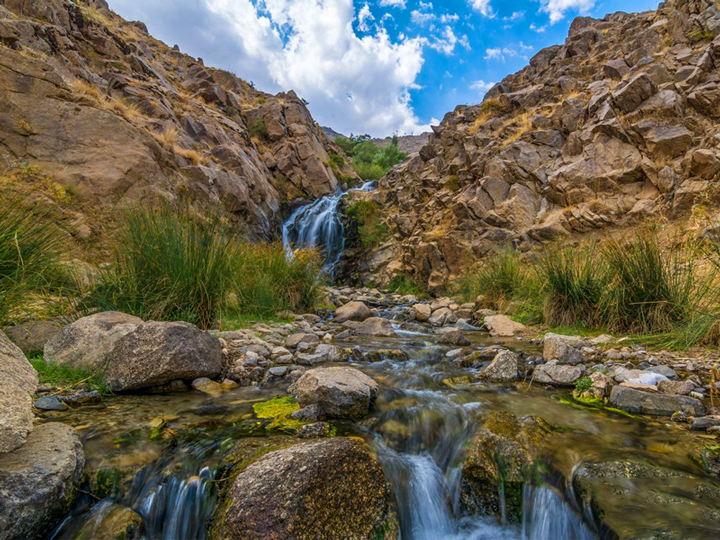 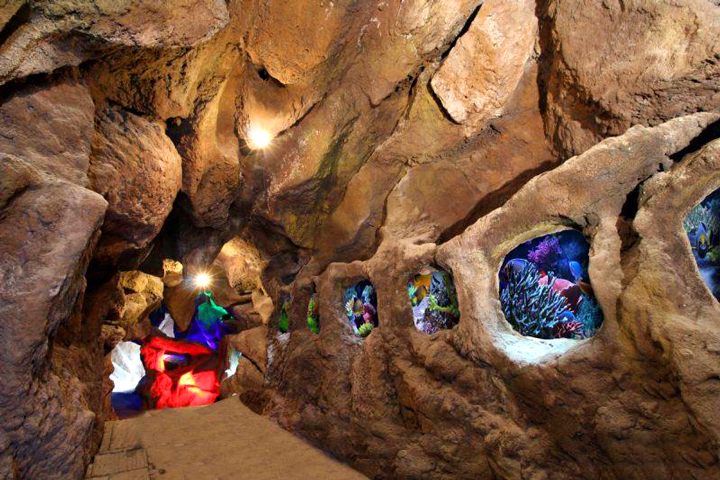 Baba Taher Oryan is the great Gnostic and poet of the late 4th and early 5th centuries AH. His Octagonal form mausoleum is located on a hill in the north west of Hamadan, Iran. The structure was constructed in the years 1967-1970. Eight pillars of the tower, stone slabs of the tomb and its base, together with the steps and the surrounding paved area, are all of sculptured granite. The facade and flooring of the structure is of stone, and inscriptions are worked with tiles. Within the internal area are 24 pieces of marble affixed, each having a verse from the poems of this reputed personality. 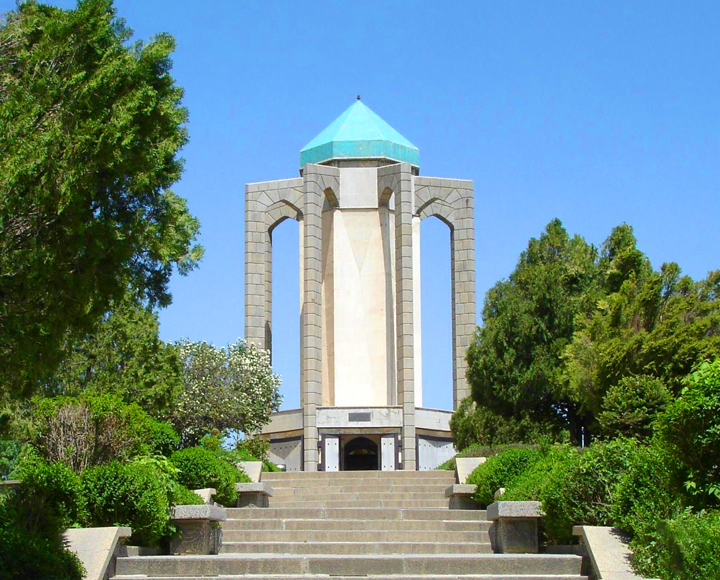 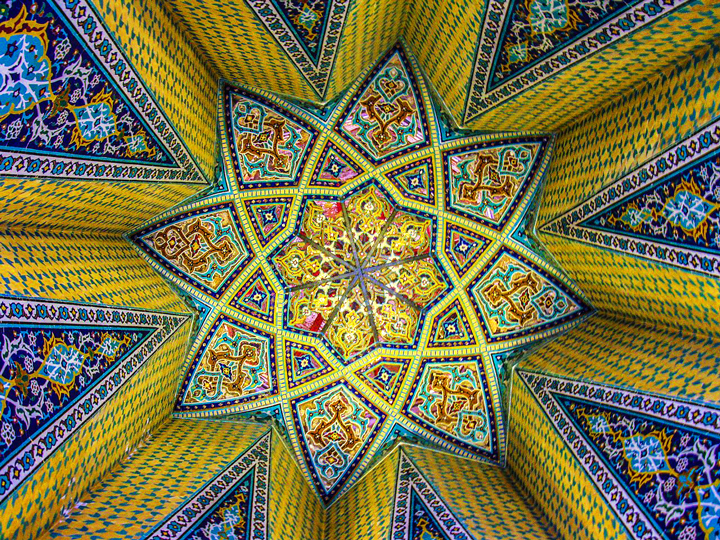 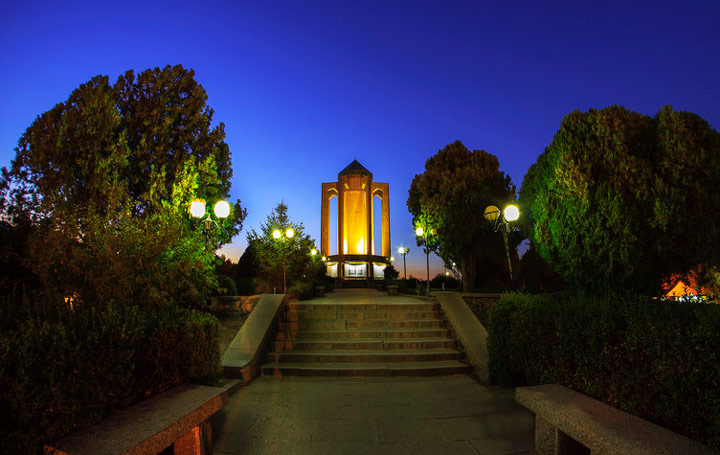 Avicenna was the great philosopher, scholar, physician of Iran (370-428 AH). His tomb is located in Bu Ali Sq. Hamadan. The present structure was constructed in the years 1946-1951 and since then has been repaired and renovated thrice. The main area is square in shape and the twelve base pillars supporting the tower of the tomb are situated here. The tomb of Avicenna is between the tower and the tomb of his bosom friend 'Abu Saied'. On both these graves are marble tablets and inscriptions with nine lines in the 'Sols' script. On two sides of this vicinity, are two halls, one a conference hall and the other a library. 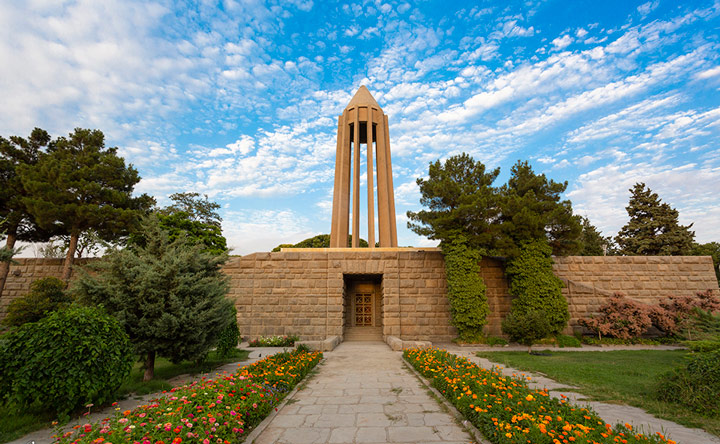 Hegmataneh (Ecbatan) is located in suburban area of Hamedan. It contains 50 acres of the city of Hamedan. Hegmataneh is universally well known because Median Dynasty was established over there. After Medes, this city was the capital of Achaemenids as well. In the following periods, Selukis, Parthians, Sassanids and Islamic dynasties like Aleh Bouyeh most of them belong to Parthian era. The area enjoys a great variety of Parthian modern architectural systems of urban areas that are masterpieces of their time and reveal their creator’s special talent. The view of distant mountains from the top of this low, open hill is pleasantly rewarding, especially in the late afternoon, but it’s what lies below that excites archaeologists: an ancient Median and Achaemenid city. 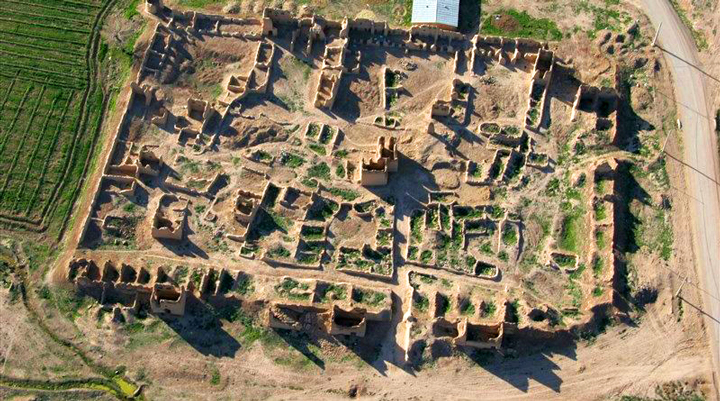 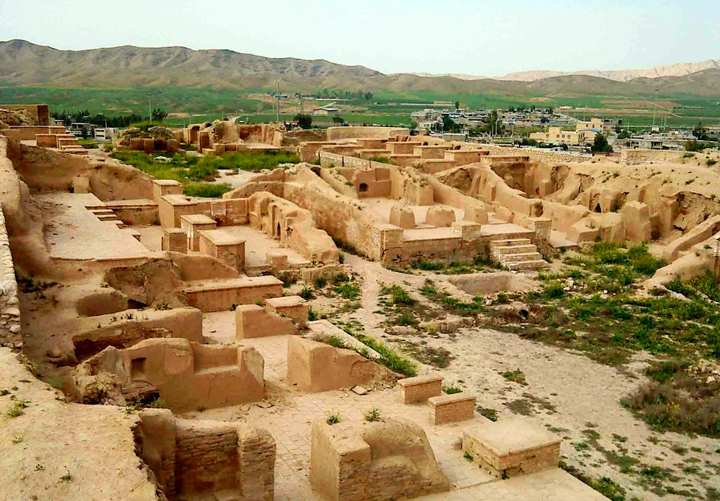 The stone lion of Hamadan is a historical monument in Hamadan, Iran. The stone lion – one part of the 'Lions' Gate' – sits on a hill where a Parthian-era cemetery is said to have been located. When first built, this statue had a twin counterpart for which they both constituted the old gate of the city. Currently this statue is located in the park and square of Sang Shir and is held in great respect by the people. It is 2.5 meters long, 1.15 meters wide, and 2.2 meters high in its front part. 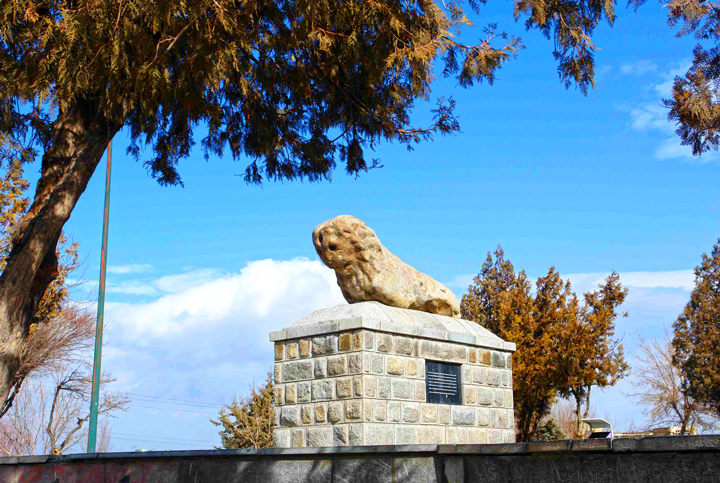 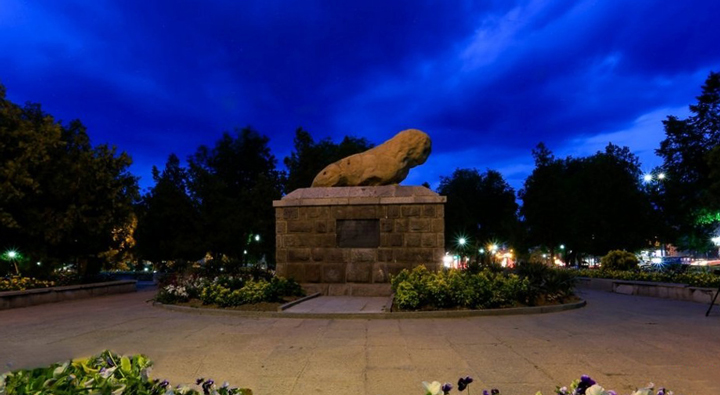 This four-sided structure houses the tombs of two of the members of the Alavian family, related to the Saljuqi period. The dome of this structure had been artistically worked with plaster, but through the ages is no more. The tombs are situated under the domed ceiling of the cellar, and worked in blue tiles. Externally, the structure has been decoratively inlaid with bricks placed in a diamond pattern. The remains of a beautiful inscription, also in embossed brick, written in the 'kufic' script can be observed on the outer wall and columns. 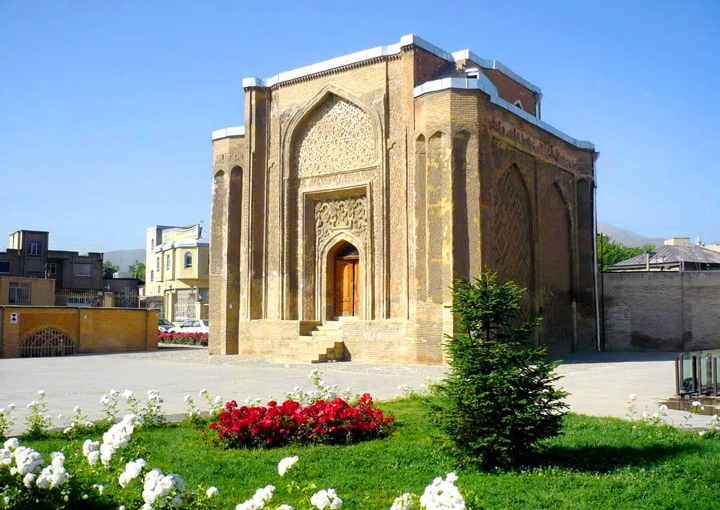 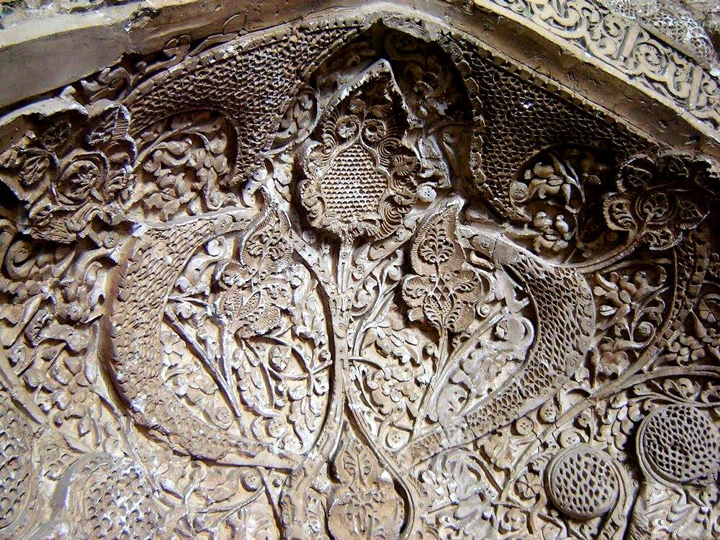