Long Thanh International Airport designed by Heerim Architects is currently under construction in Dong Nai, Vietnam and will be finished by 2025. The airport will be developed in three phases at a total investment of $16 billion, says Airports Corporation of Vietnam (ACV). Phase one will see the development of a 4,000m runway in addition to aprons and taxiways, a passenger terminal with annual capacity of 25 million, and cargo terminals with annual capacity of 1.2 million tonnes. Phase two will see the development of a second runway and terminal. This will bring total capacity to 75 million passengers and 2.7 million tonnes of cargo annually. When complete, it will feature four runways, four passenger terminals, and have a capacity of 100 million passengers and five million tonnes of cargo annually. The project is the most expensive infrastructure project in Vietnam’s history. 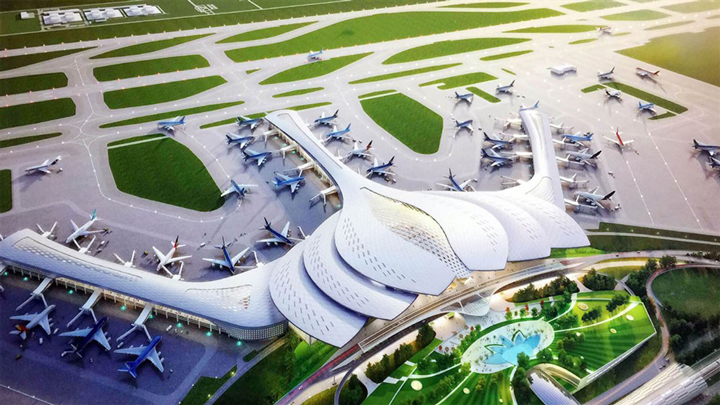 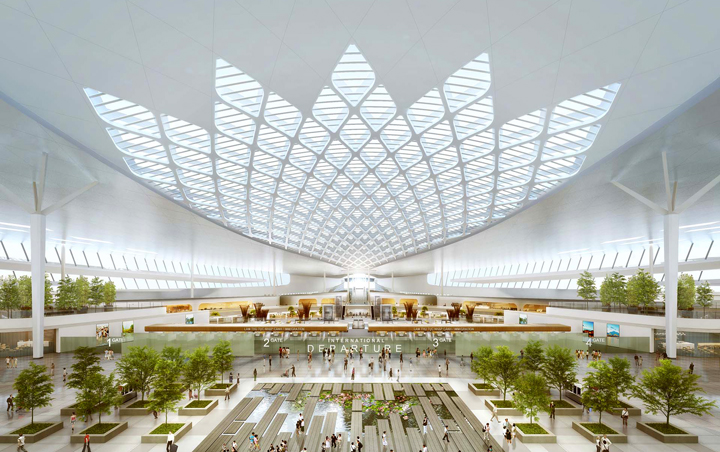 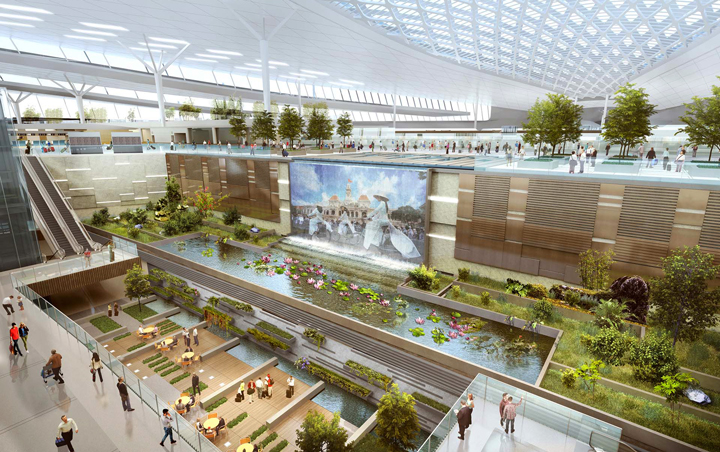 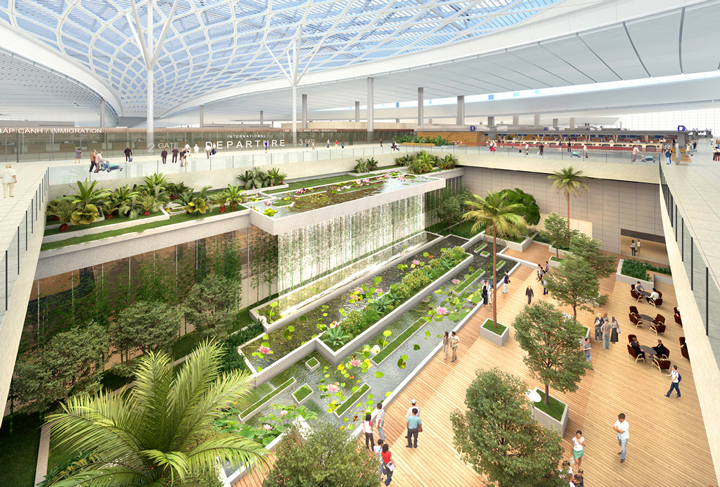 The concept of passenger terminal design is the motif of a beautiful lotus shape, symbolizing the elegance, strength and warm culture of Vietnam. In addition, the lotus-shaped ceiling allows visitors to feel the design ideas and the interior space reflects the warm hospitality and farewell culture of the Vietnamese people. The architect, based on the world's best technologies and airport design knowledge, actively reflected the cultural features of Vietnam on the entire passenger terminal. 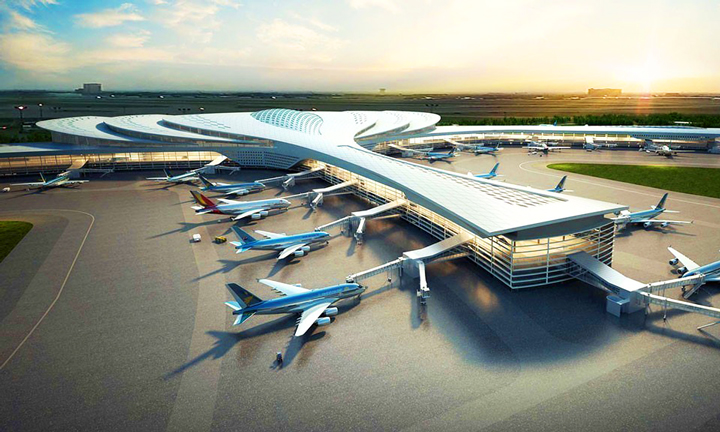 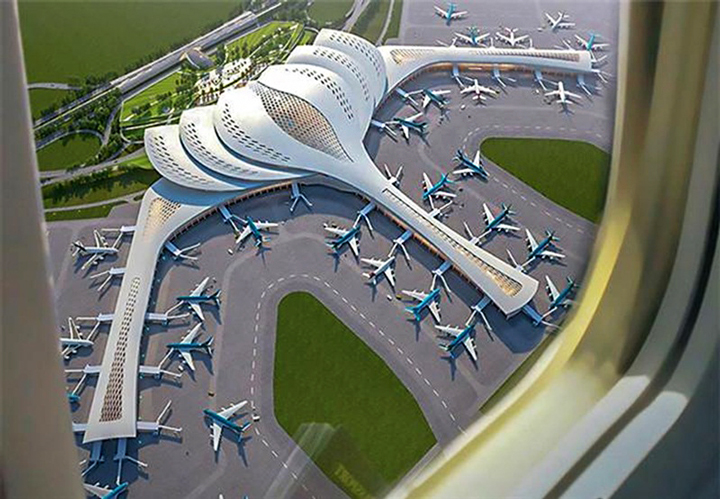