Zaha Hadid Architects has won a competition to design the Sverdlovsk Philharmonic Concert Hall in Yekaterinburg, Russia. Yekaterinburg is Russia’s third largest economy. The city has built a rich musical tradition and established its reputation as a cultural and artistic center. For the design of the Ural Philharmonic Orchestra’s new home, Zaha Hadid Architects “echoed the physical aspects of sound waves” to create an inspirational venue meeting the orchestra’s growing program, and to create a new public plaza for all citizens. 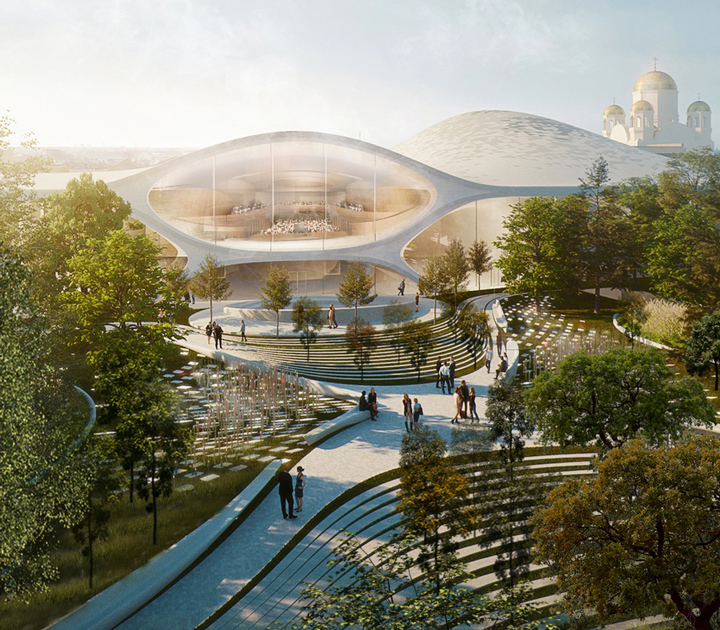 The new venue will sit in a void between existing Sverdlovsk Philharmonic building (dating back to 1936) and Weiner Gardens. Not competing with these heritage buildings, but complementing the ensemble that will include the preservation and renovation of the current concert hall as an integral element of the new world-class facility that will be one of the focal points of the city’s cultural life. The new building also seamlessly merges with the natural landscape; opening its transparent glass facade to offer views of the renovated Weiner Gardens that includes an amphitheater for outdoor performances throughout the summer. 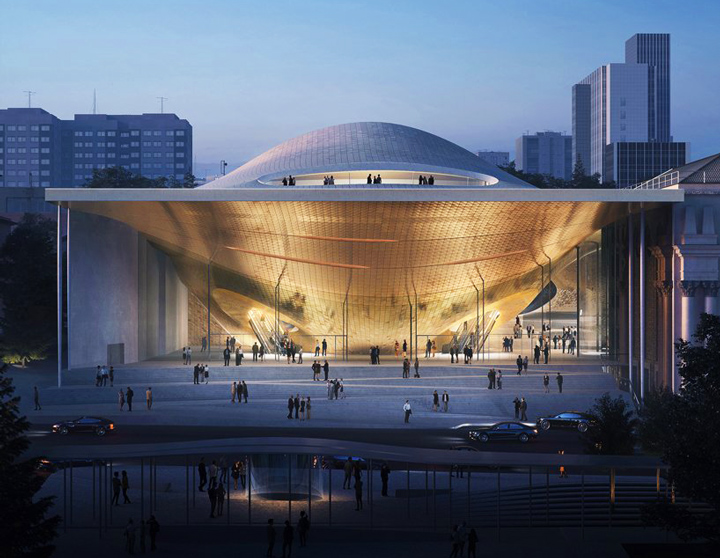 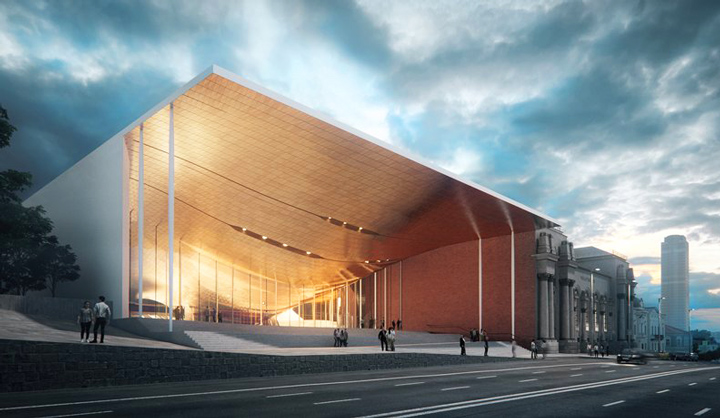 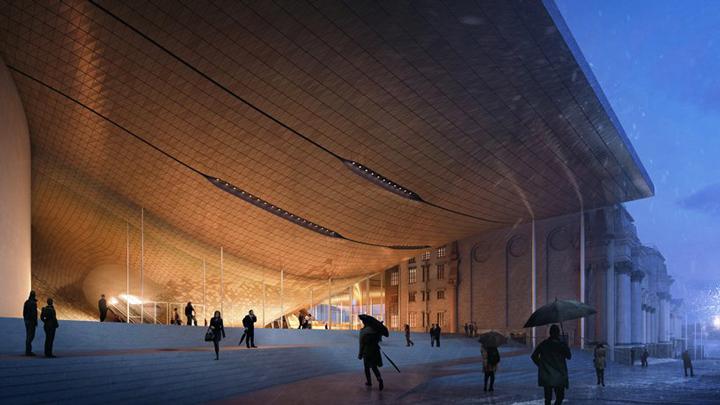 The design of the new Philharmonic Concert Hall is based on the properties of musical sound resonance creating wave vibrations in a continuous smooth surface. The design re-interprets these physical acoustic properties to define spaces for the auditorium that are suspended within the canopy, appearing to float above the new civic plaza that is both the lobby of the Philharmonic Concert Hall and an enclosed urban square. 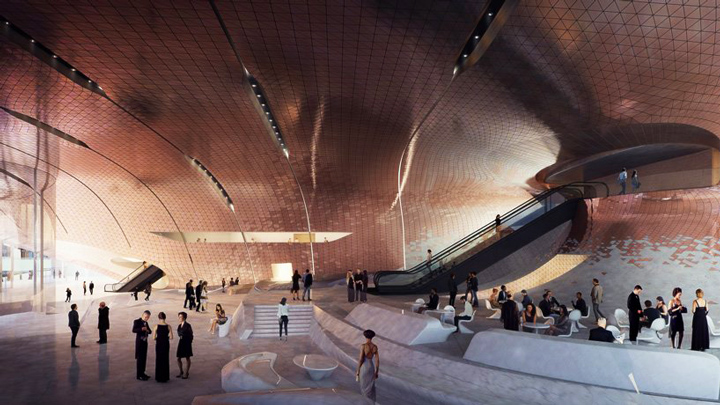 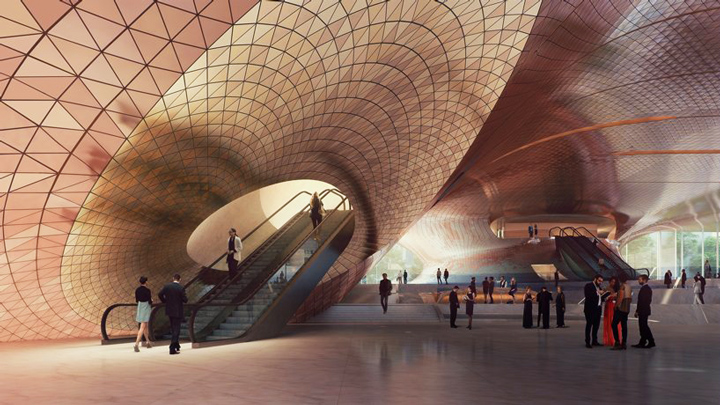 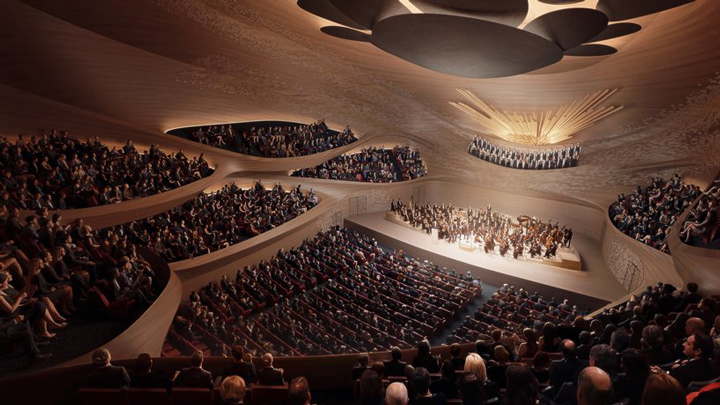 The two concert halls will be suspended within the steel structure of the building's roof, which takes its form from the shape of sound waves. The scheme’s centerpiece is a 1,600-seat Concert Hall and 400-seat Chamber Music Hall of the highest acoustic standards. The grand auditorium and the smaller auditorium come together to create an inverted topography. Enhancing its connections with the surrounding urban fabric of the city, large glazed facades blur the boundary between interior and exterior. 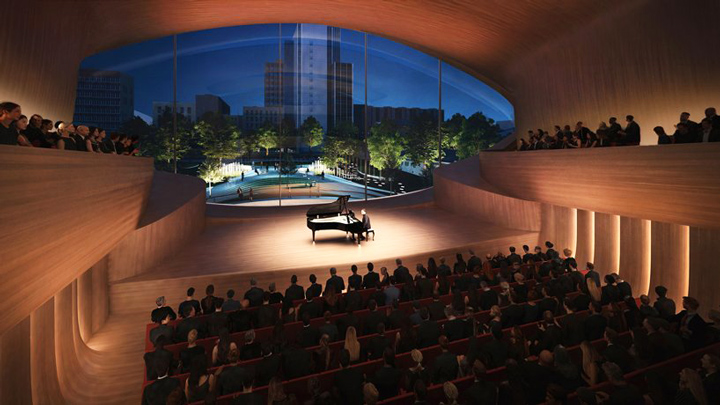 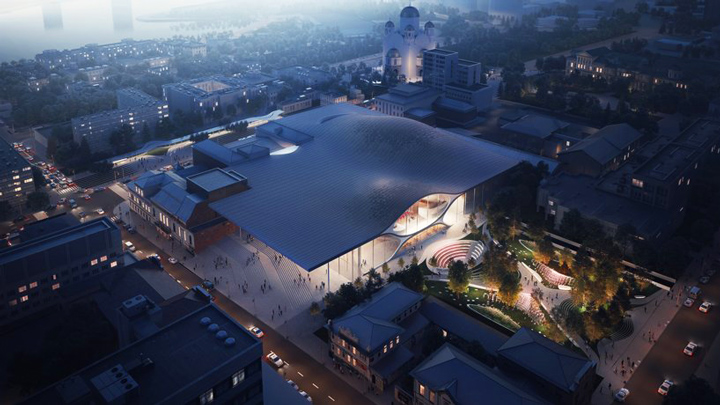