Built in 1903, Mercury House sits on a 9,500-square-meter site. Zaha Hadid Architects has revealed visualizations of a 112-meter-high tower, planned for Paceville on the northern coast of Malta, which would be the country's tallest building. An extensive renovation to the existing structure will see the integration of residential apartments, a boutique hotel, and a range of public spaces and amenities.
"Conceived as two volumes stacked vertically, the tower incorporates a realignment that expresses the different functional programmes within," said Zaha Hadid Architects.
According to the practice the twist allows the building to integrate with the city at ground level, while giving the hotel rooms better views of the sea. At ground level the development will incorporate the early 20th century Mercury House into its base. The building’s facades, and its remaining original interiors, will be renovated to become the entrance space for the hotel and apartments. Alongside the tower a piazza containing a central water feature and seating will be flanked by a four-storey building containing cafes and shops. A further cafe pavilion, with a flowing roof and glass facades, is planned to be built alongside Mercury House. 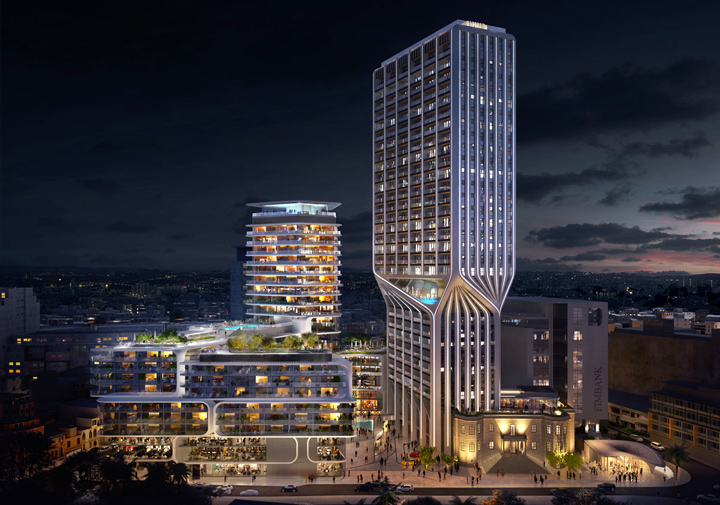 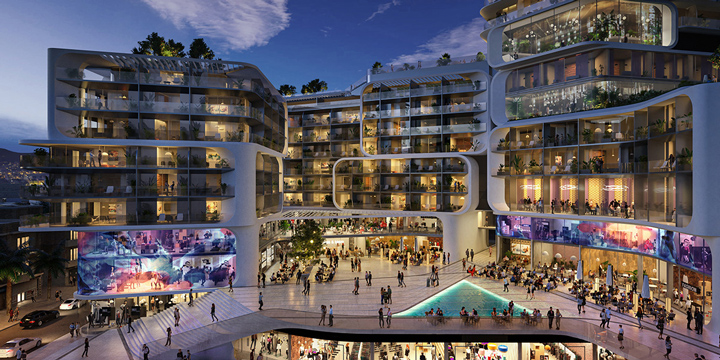 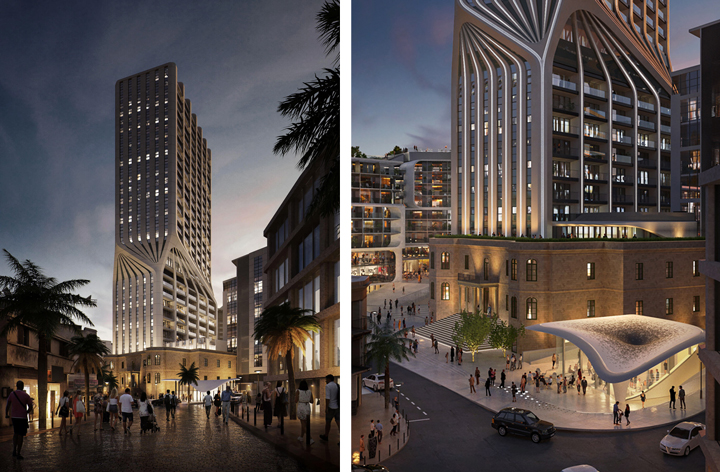 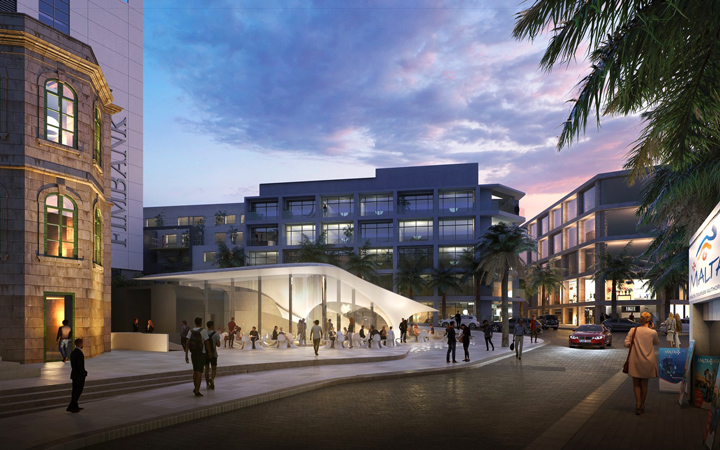 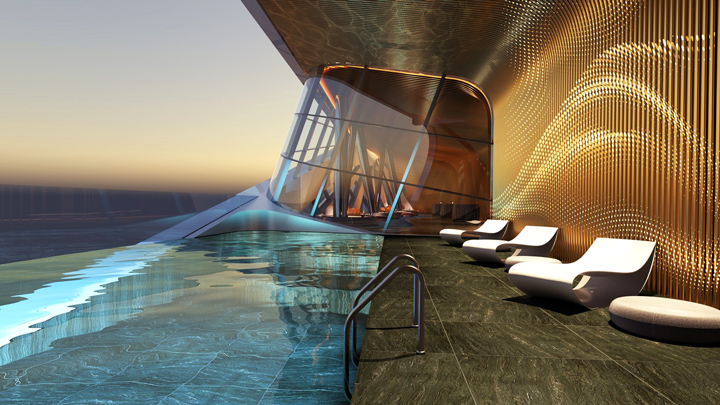 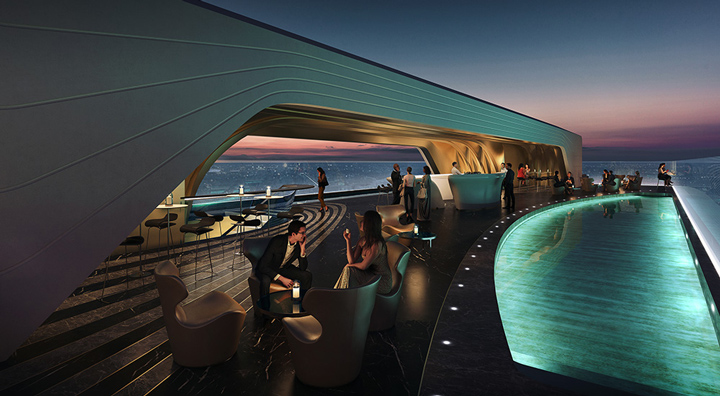 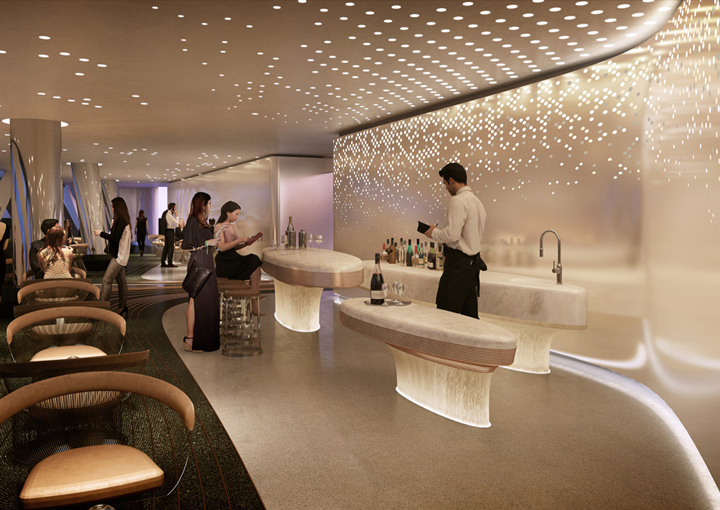 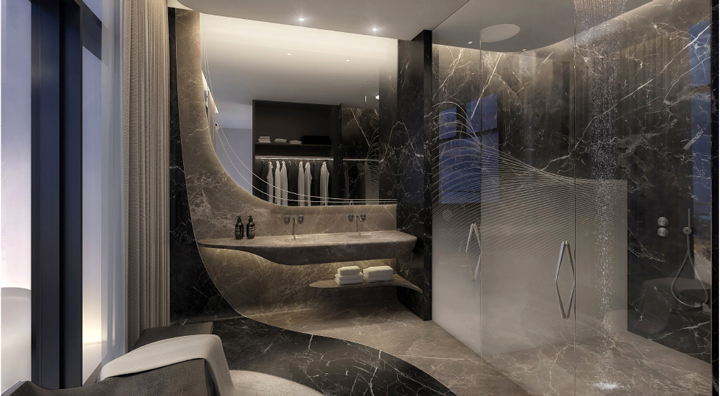 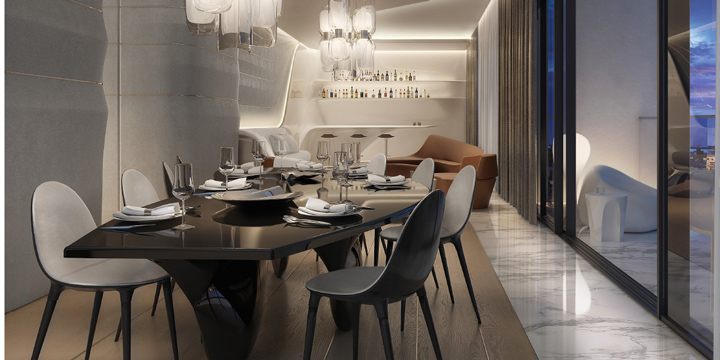 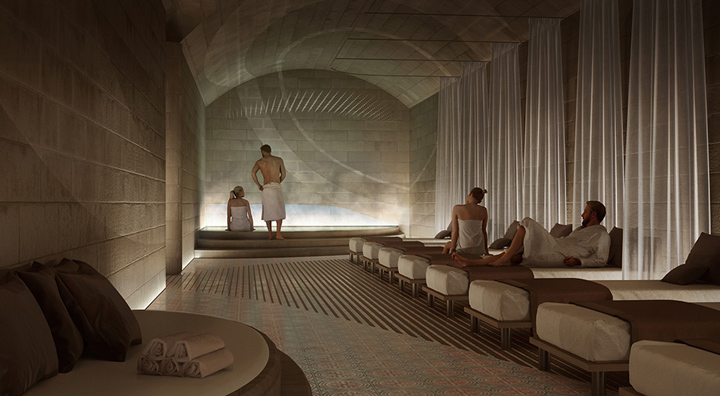 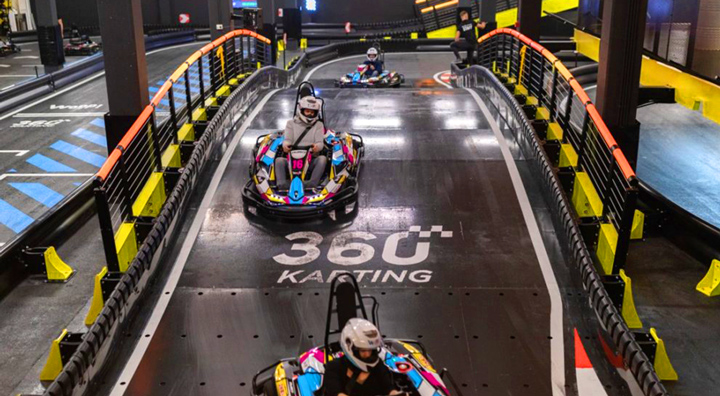 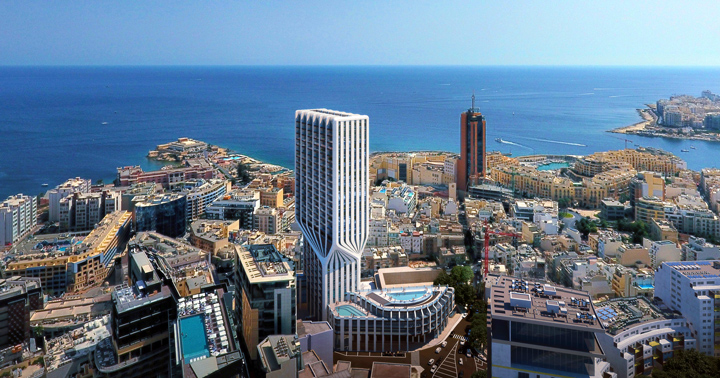 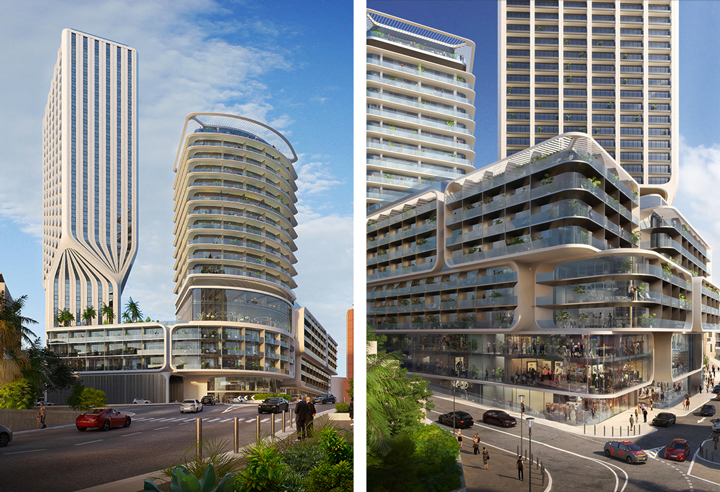 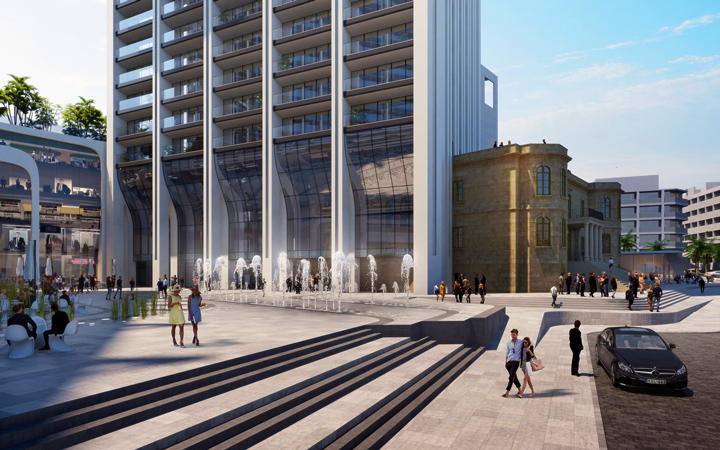 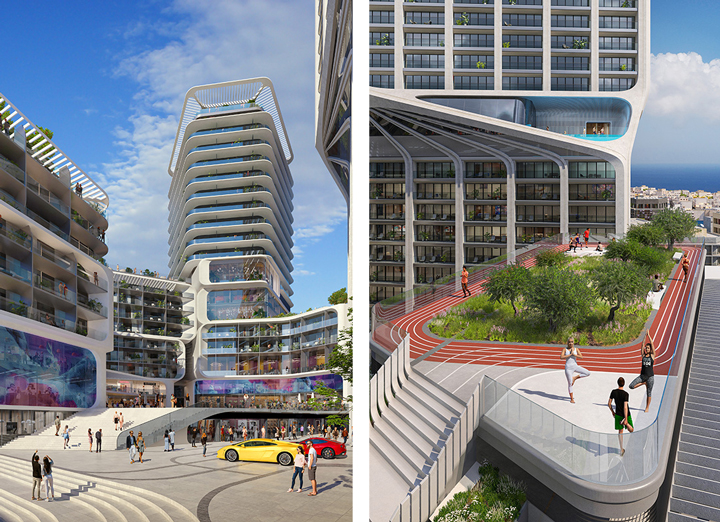 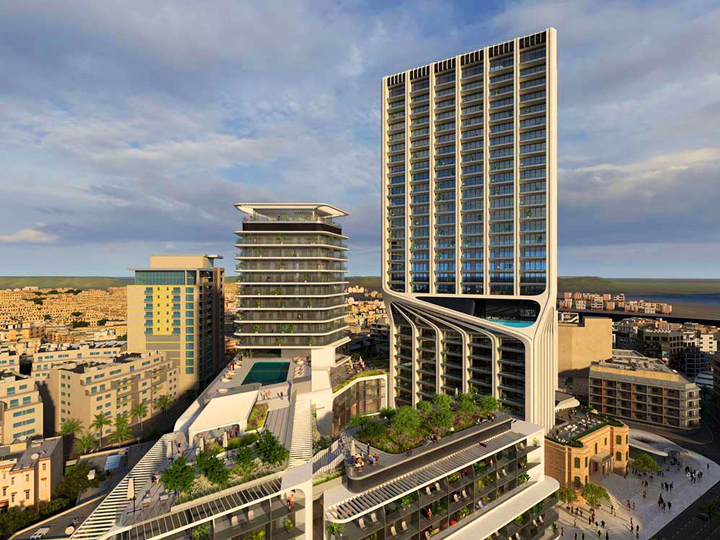