Red Sea International Airport was designed by Foster + Partners as part of The Red Sea Project tourist development. Earlier this year construction began on the airport, which is being built around 15 kilometers inland from the coast of the Red Sea in Saudi Arabia. It will almost exclusively serve tourists visiting The Red Sea Project tourist development, which is being developed nearby. Set to complete next year, the airport has been designed to reach a capacity of one million passengers a year by 2030. 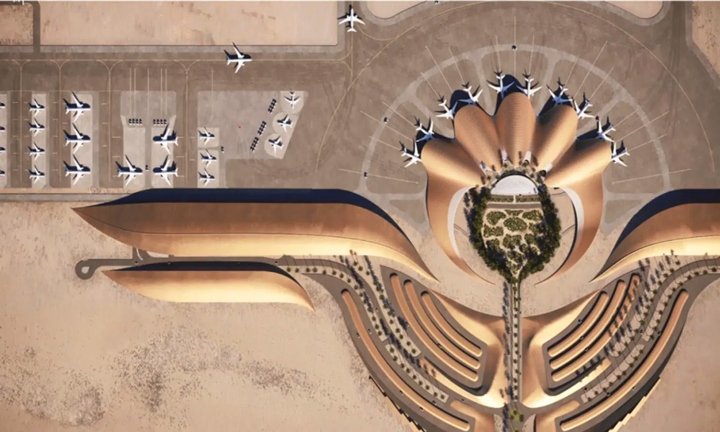 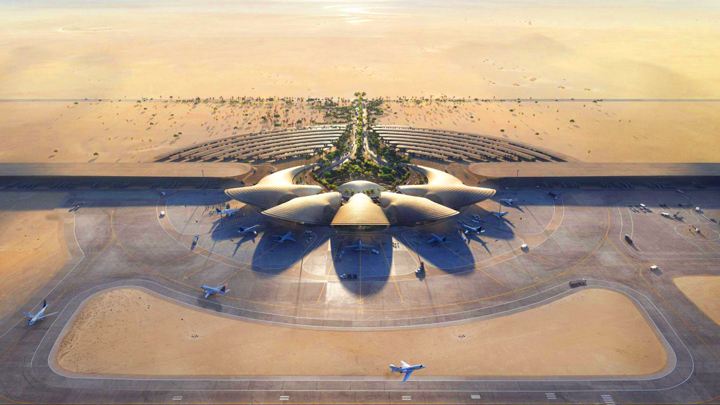 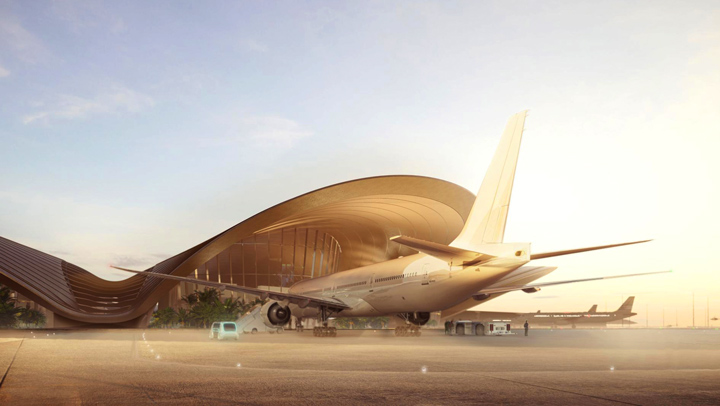 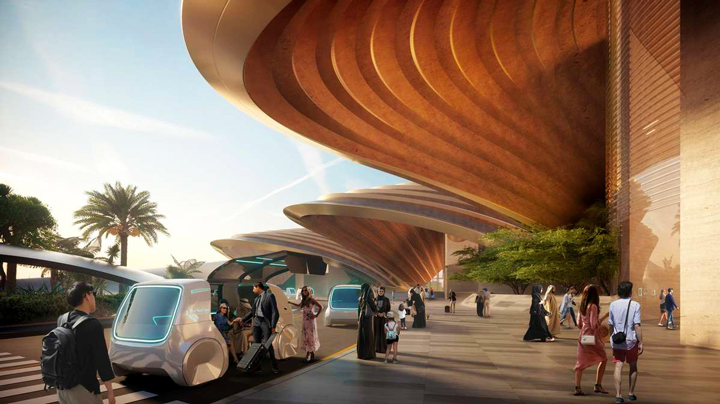 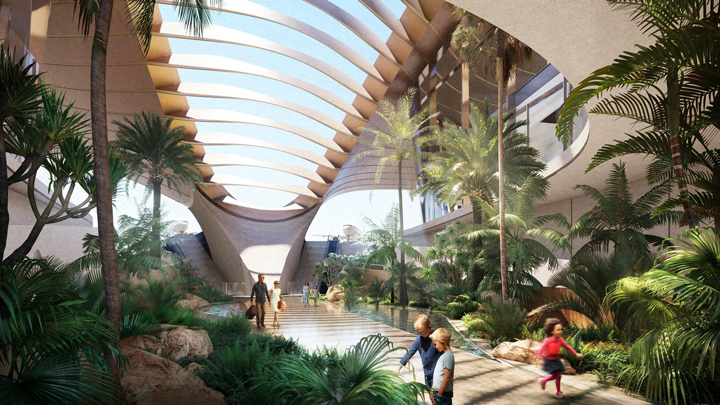 Inspired by the colors and textures of the desert landscape, the design aims to bring the experience of a private aircraft terminal to every traveller by providing smaller, intimate spaces that feel luxurious and personalized. The departure sequence is generally longer than the arrival experience, so the spaces are designed for longer waiting times with larger, more relaxed spaces. The studio is aiming for the airport to achieve a LEED Platinum sustainability rating. It will be powered by 100 per cent renewable energy. 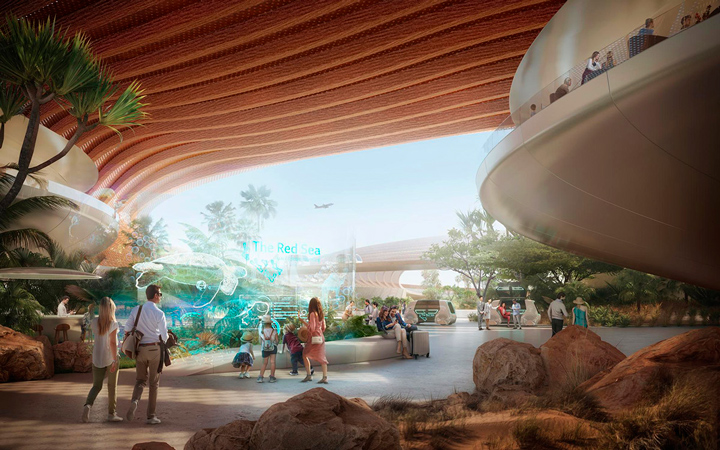 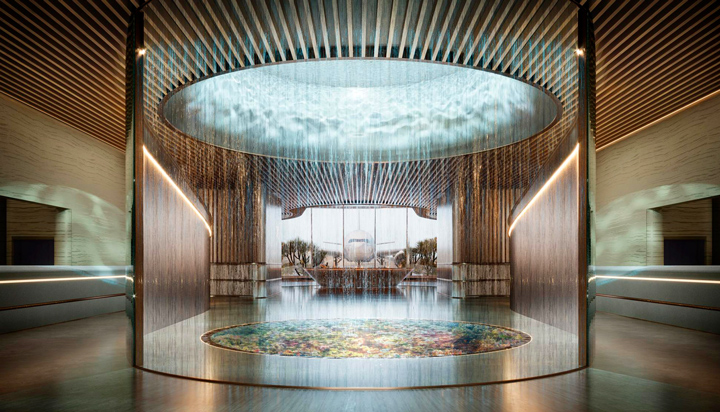 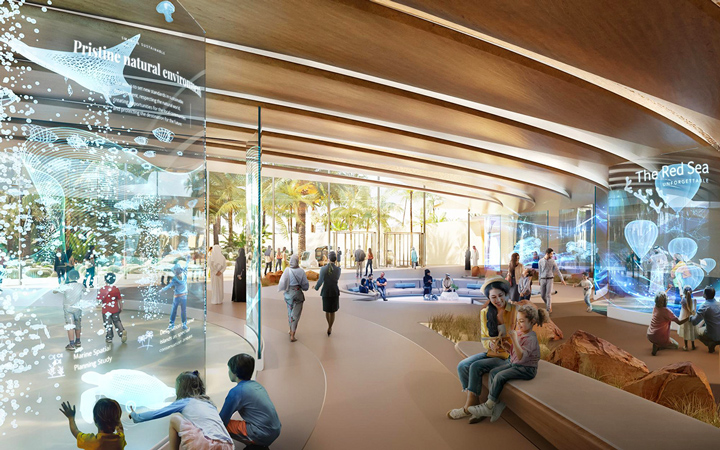 Visuals show a series of five dune-like pods that are arranged radially around a central drop-off and pick-up space. Each of these pods will contain a departure lounge that will have spas and restaurants. Between the pods, spaces filled with greenery will be created for the first stage of the arrivals process. Each of the five pods can be operated independently as a "mini terminal", meaning that parts of the airport can be shut during periods of low demand to reduce energy usage. 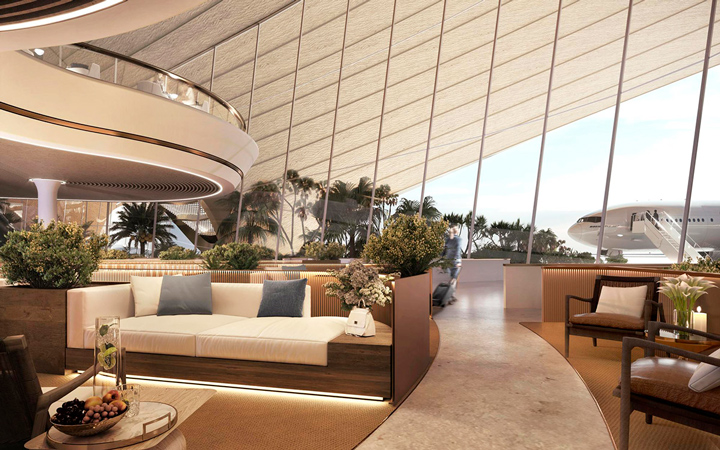 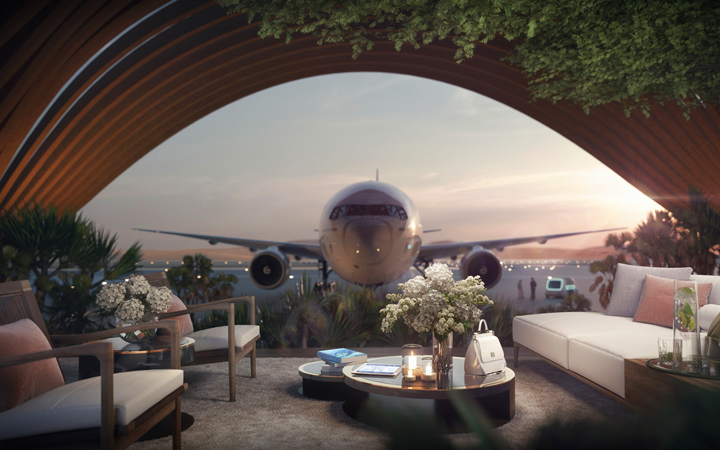 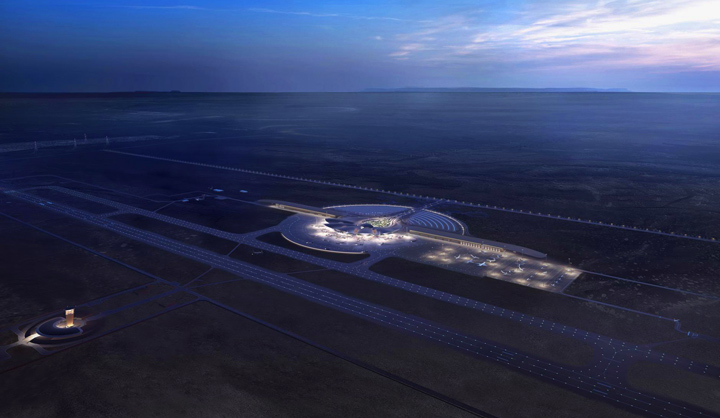