French architect Christian de Portzamparc has completed a cultural center on the shores of Lake Tai in China. Located on a site where the district’s pedestrian axis meets the water, the ‘Suzhou bay cultural center’ is prominently situated and offers sweeping views across Lake Tai. The program had two parts: the music and performance halls on one side of the axis, and museums and pedagogical places on the other side. Two wings would appear at the arrival of the pedestrian axis on the lake. 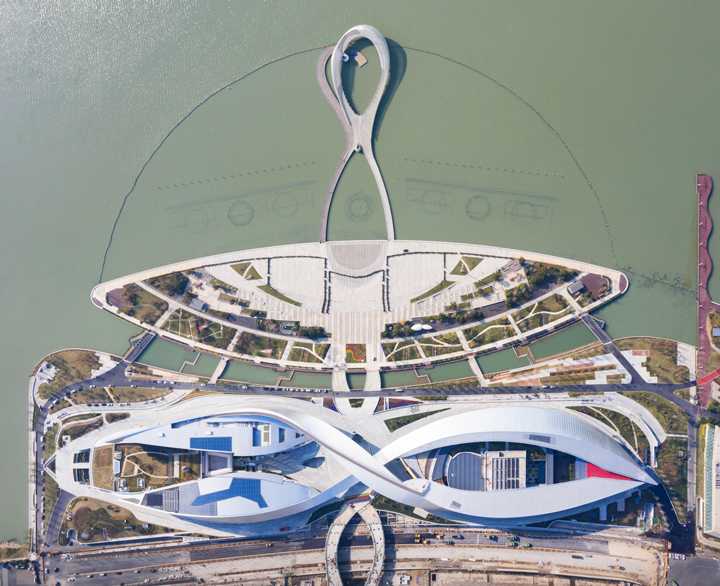 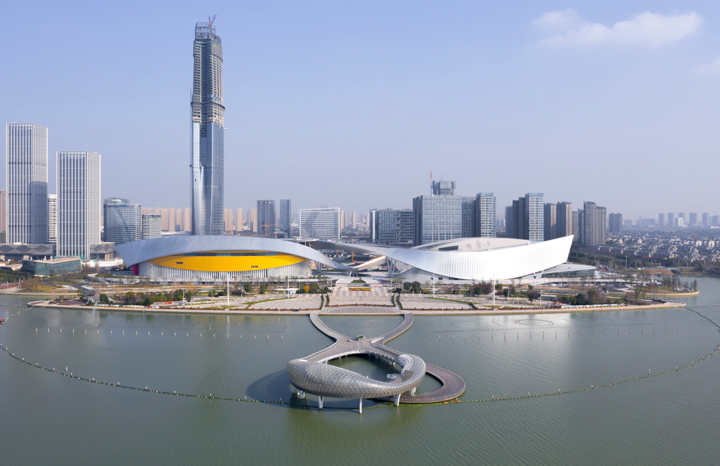 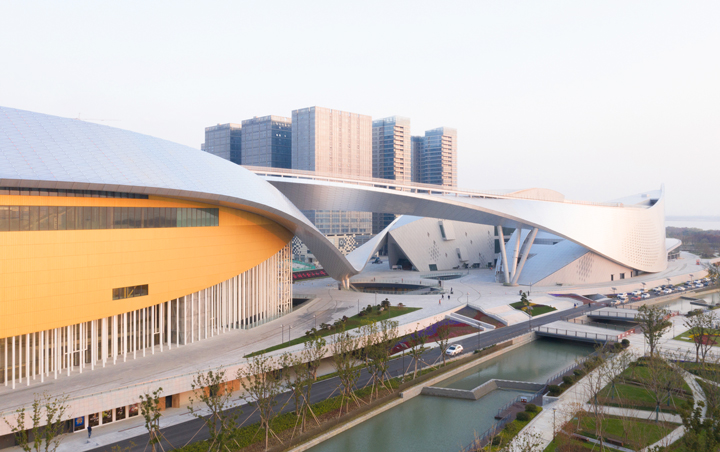 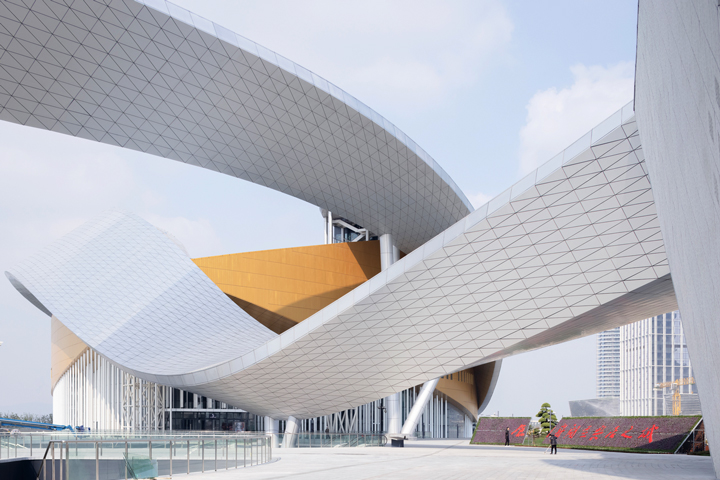 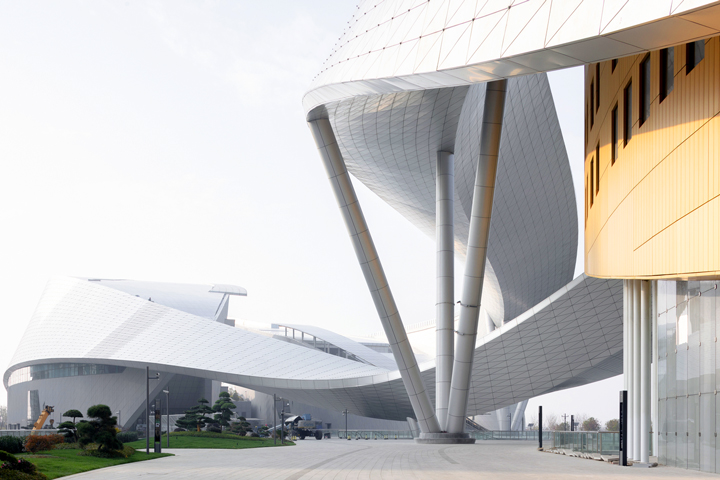 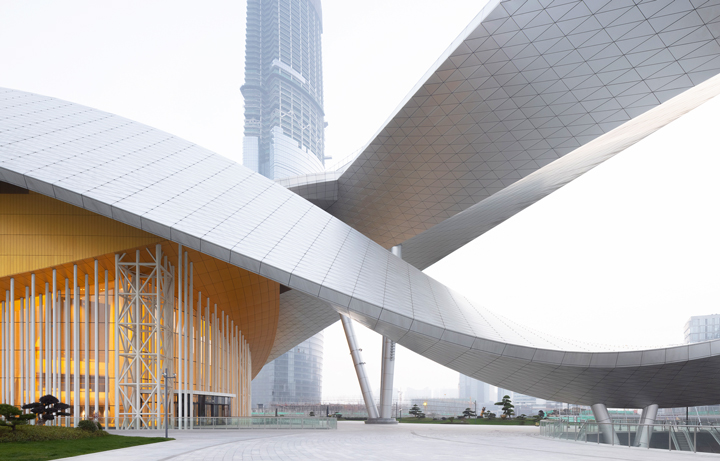 Christian de Portzamparc chose to connect these two wings with sculptural, ribbon-like forms that encompass the two structures. This also results in an accessible walkway between the two wings, 40 meters above ground; offering sweeping views across the city. This central place gives access to the numerous cultural facilities spread out in the two wings, to the north and south of the axis. 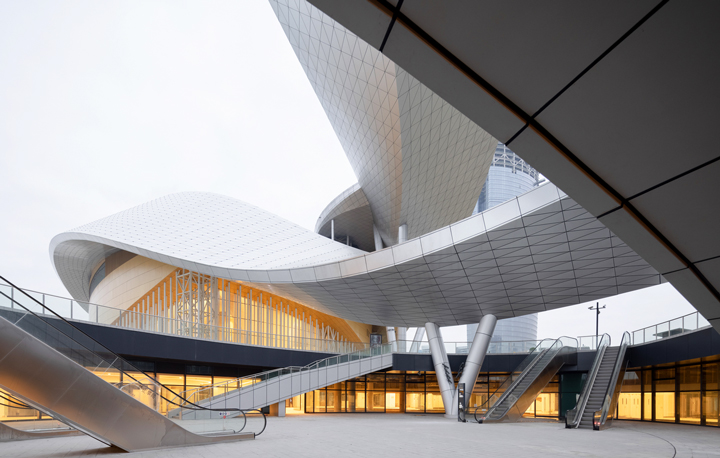 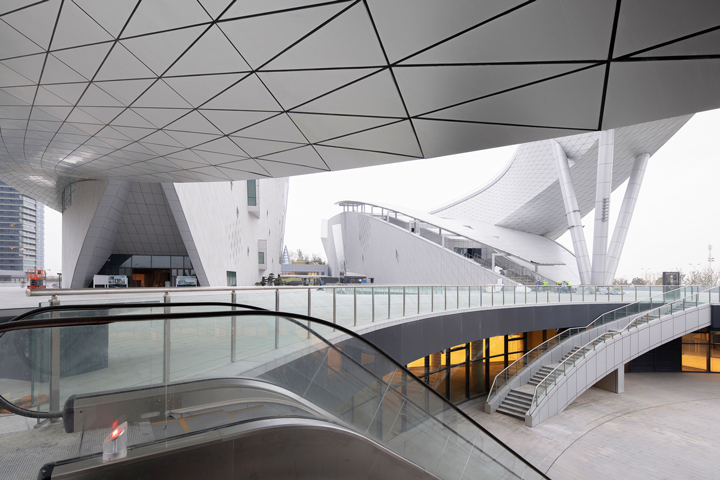 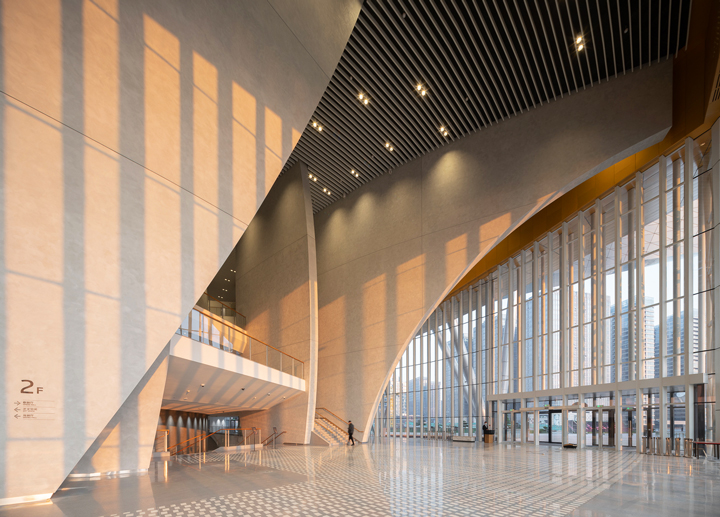 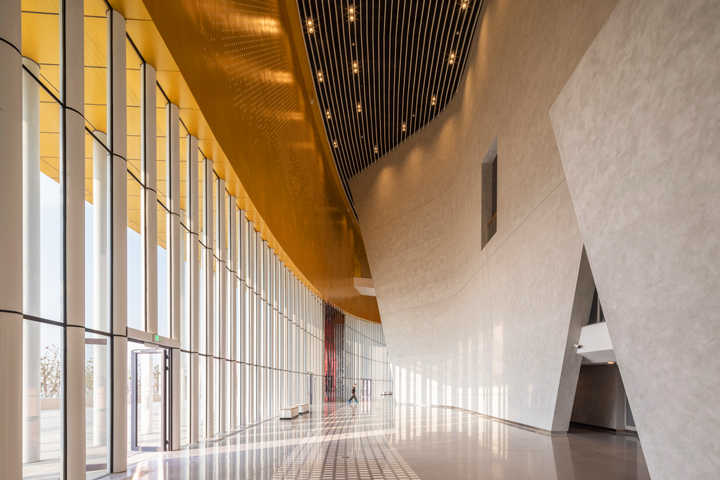 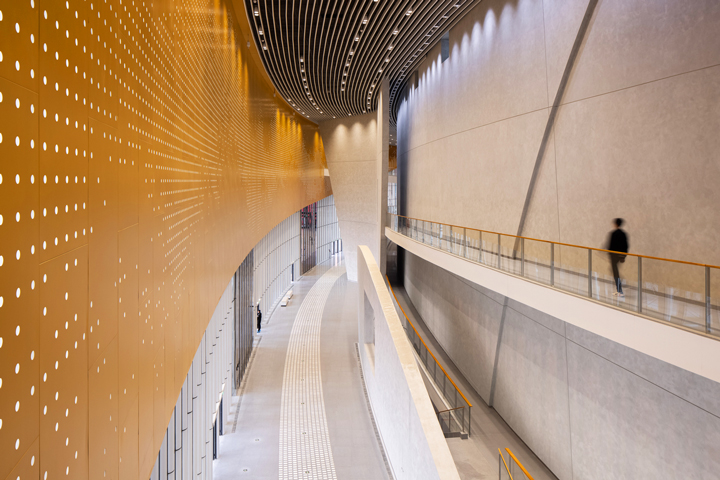 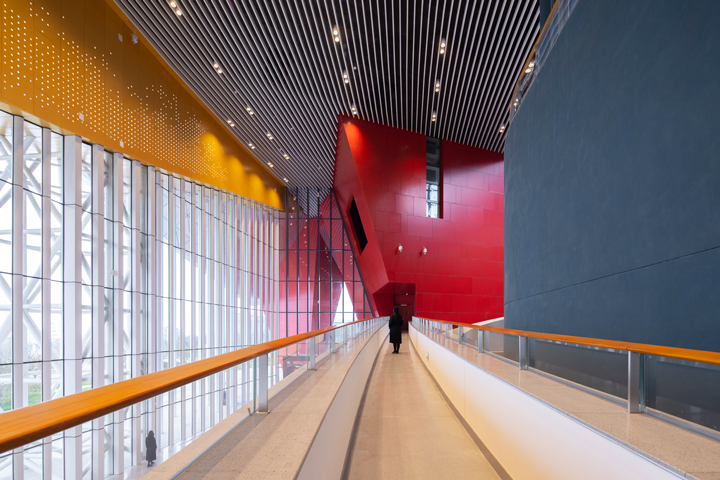 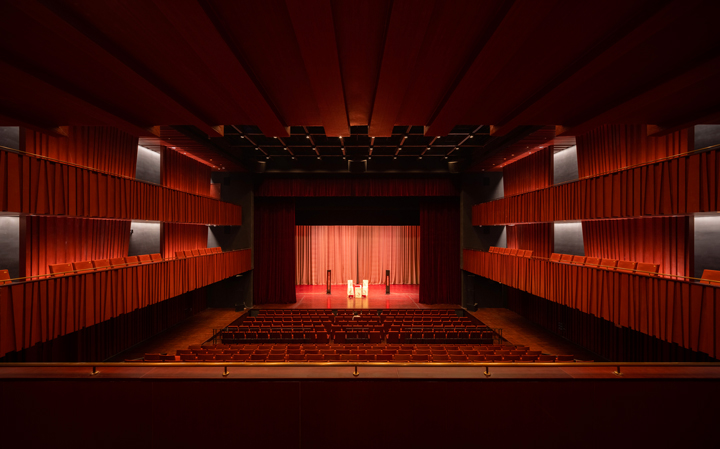 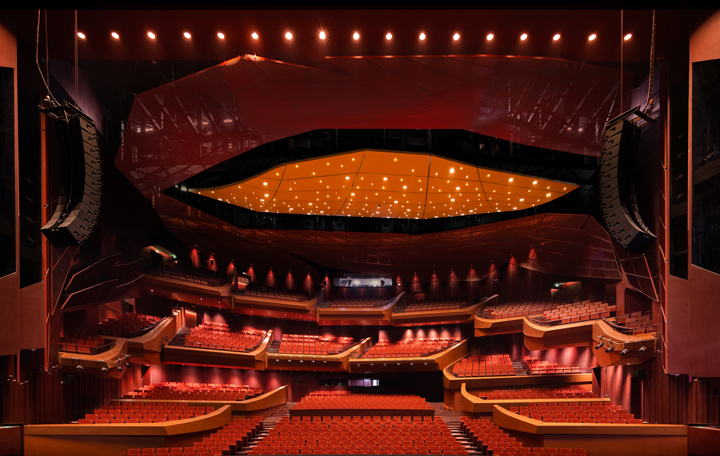 The design of the cultural center seeks to create a new landscape that connects water, sky, and architecture through a play of iridescent reflections. Made from steel and aluminum, the metallic ribbon spans a length of 500 meters. Christian de Portzamparc notes that the wings, linked in a figure of eight by the ribbon, represent duality in movement in the form of Ying and Yang. 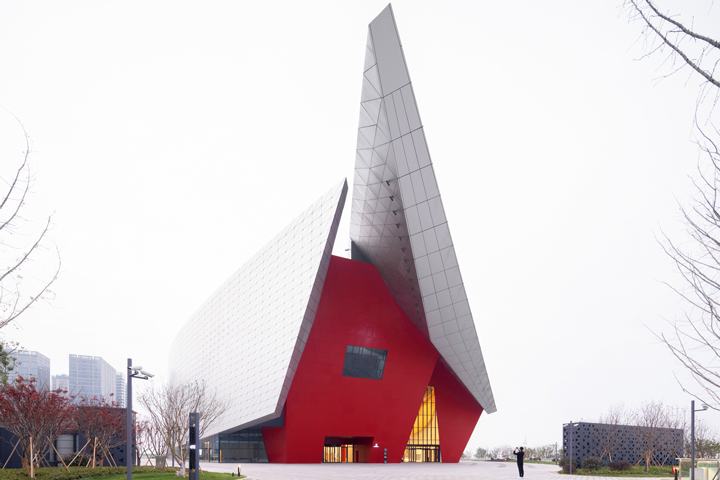 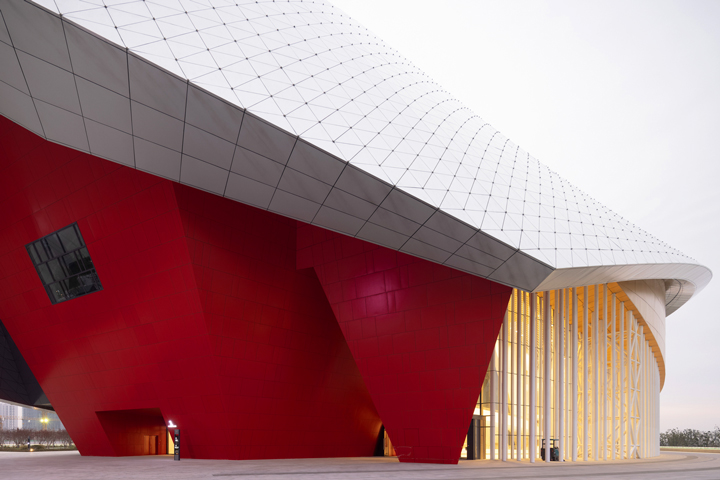 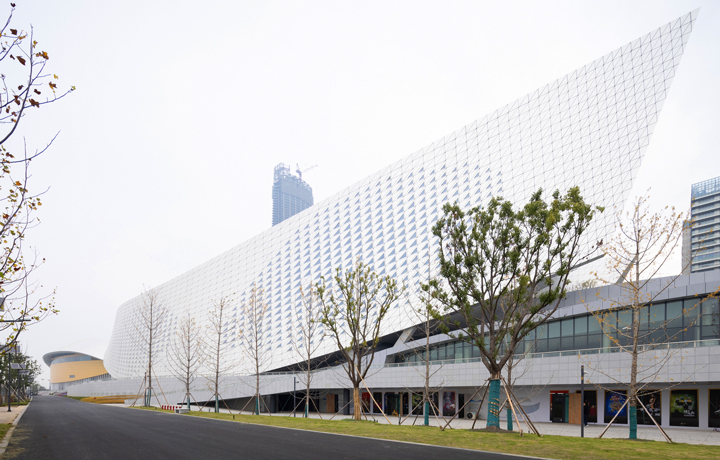 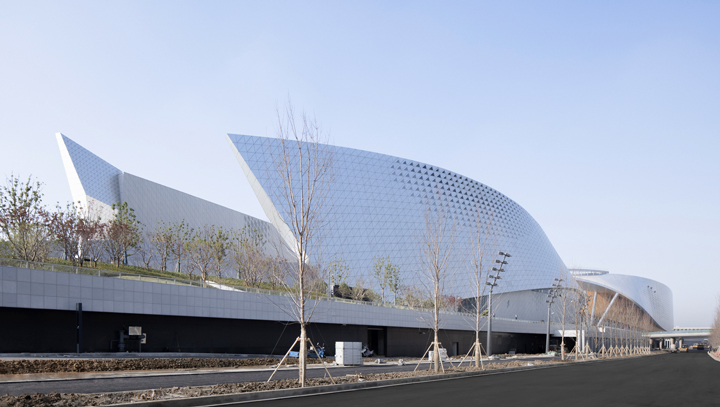 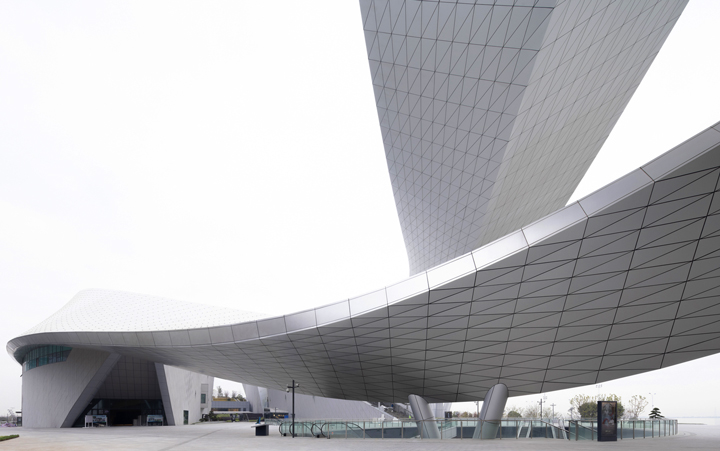 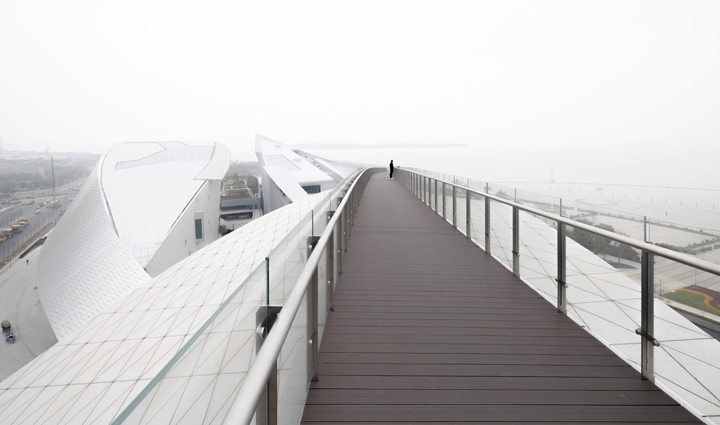 The cultural center includes a 1,600-seat opera house, a 600-seat modular hall, two museums, an exhibition center, a convention center, cafes, restaurants, cinemas, as well as shopping malls, on a total surface area of 215,000 m² distributed through the south and north along the urban axis. 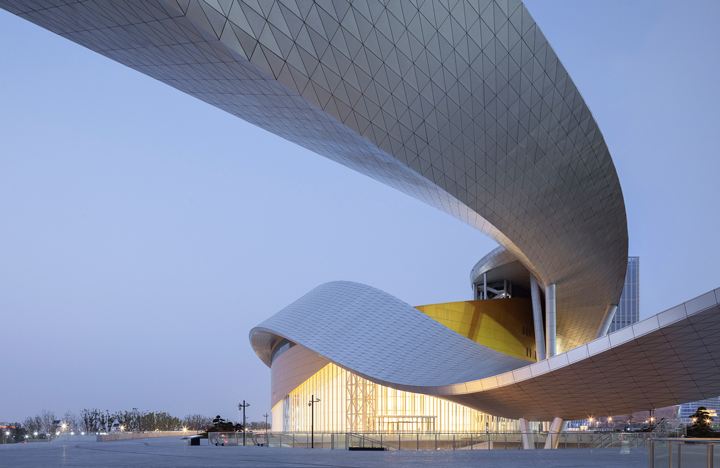 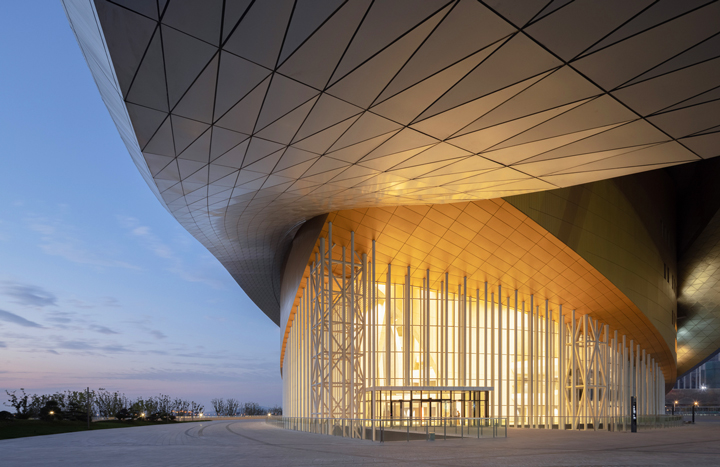 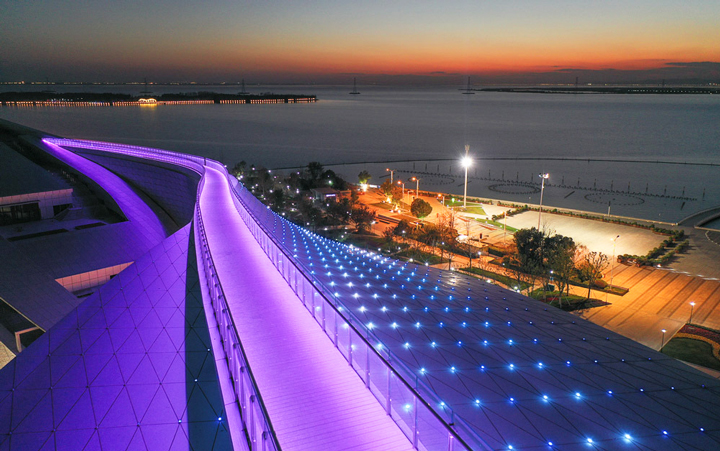 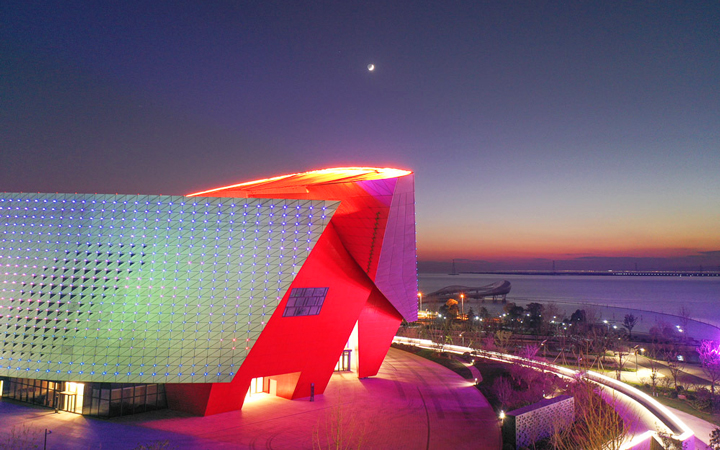