Taipei Performing Arts Center, designed by OMA, is architecture in limbo: specific yet flexible, undisrupted yet public, iconic without being conceived as such. Three theaters plugged into a central cube allow performing spaces to be coupled for new theatrical possibilities. Different than typical performance centers that have a front and a back side, Taipei Performing Arts Center has multiple faces defined by the theaters protruding above ground. With opaque facades, these theaters appear as mysterious elements against the animated and illuminated central cube clad in corrugated glass. 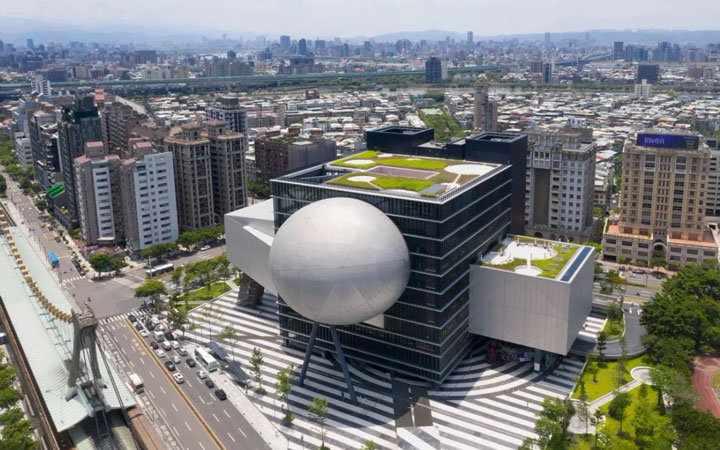 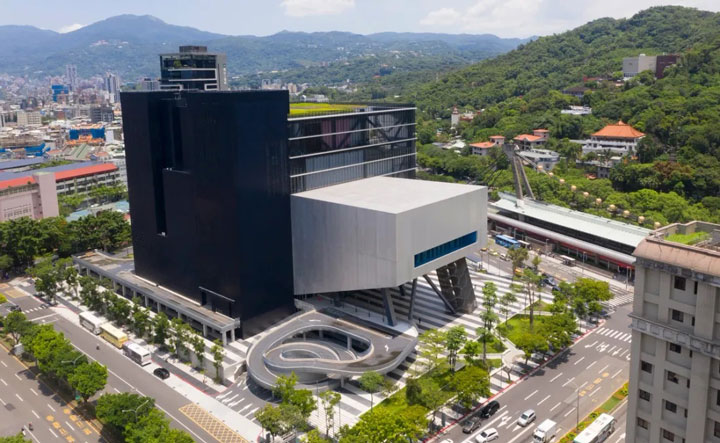 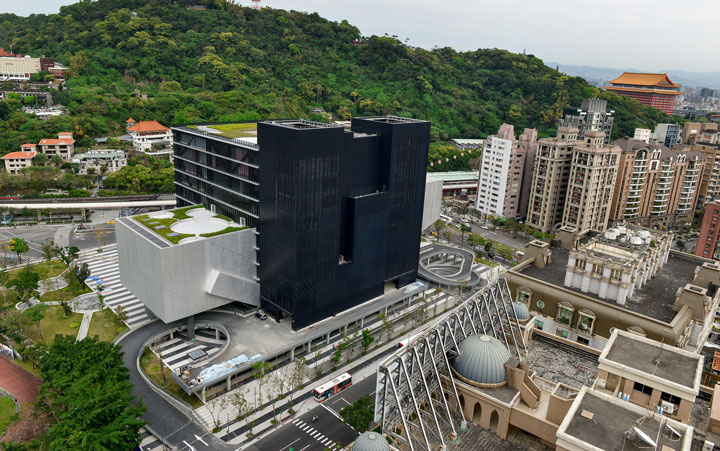 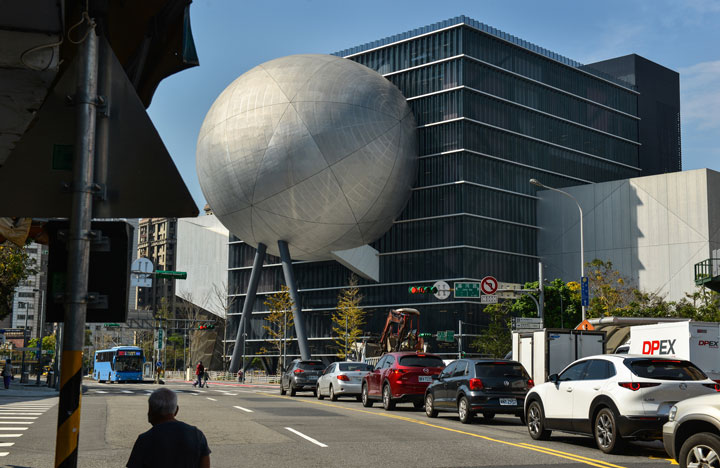 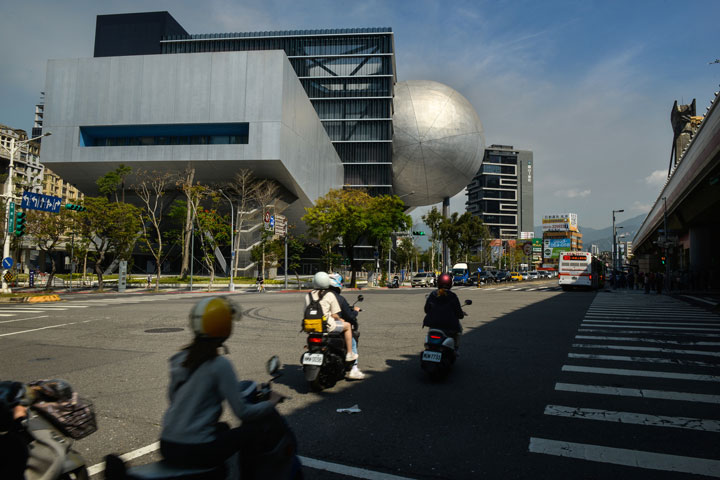 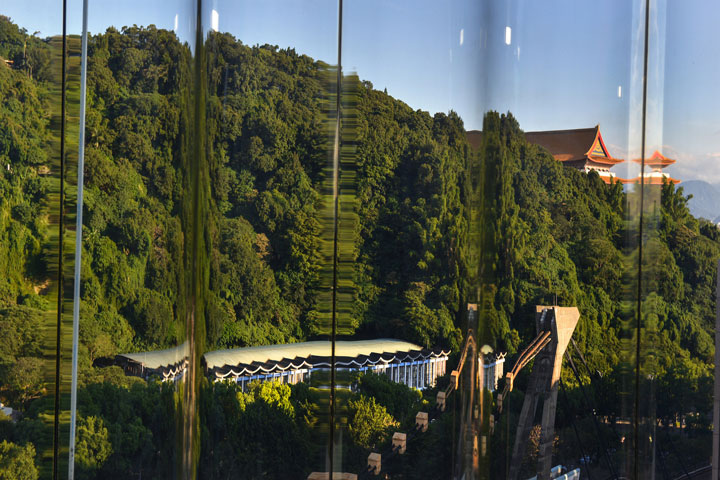 The central cube consolidates the stages, backstages, support spaces of the three theaters, and the public spaces for spectators into a single and efficient whole. The spherical 800-seat Globe Playhouse, with an inner and an outer shell, resembles a planet docking against the cube. Between the two layers of shells is the circulation space that brings visitors to the auditorium. The Grand Theater, slightly asymmetrical in shape, is a 1500-seat theater space for different performing arts genres. Opposite it and on the same level is the 800-seat Blue Box for the most experimental performances. 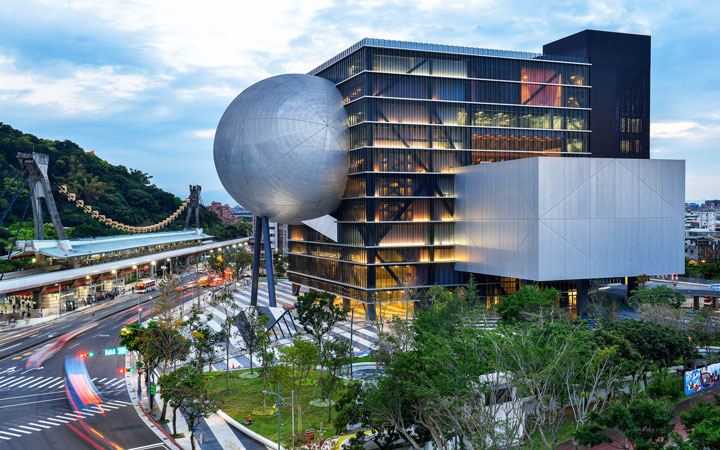 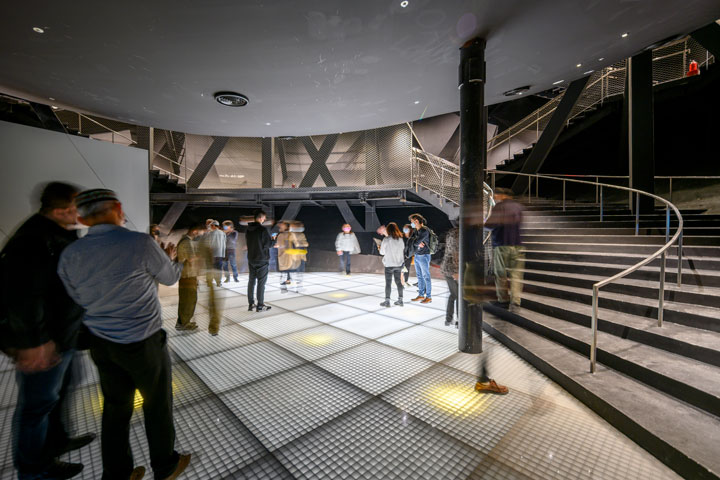 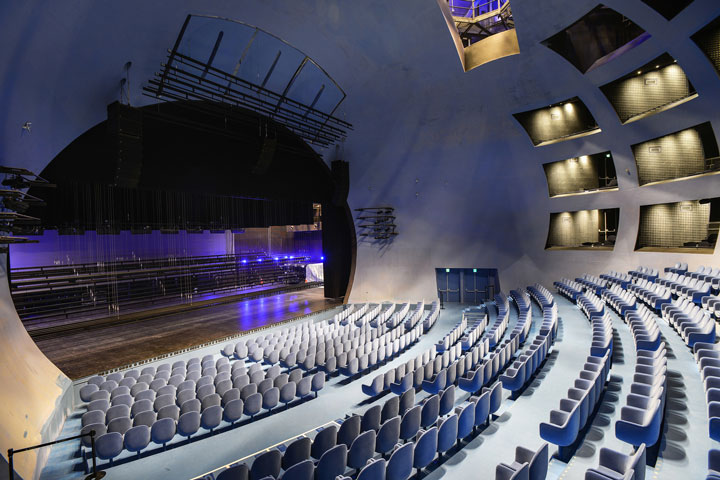 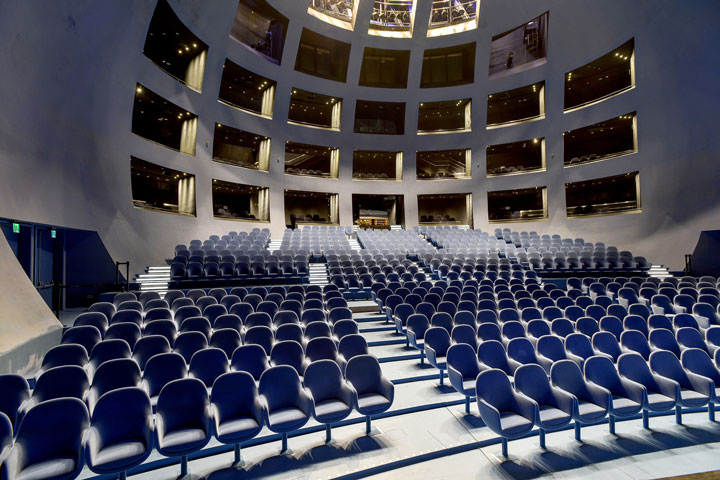 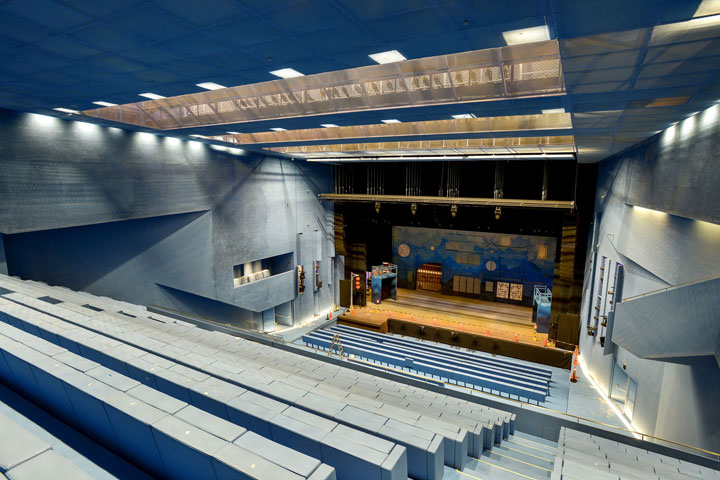 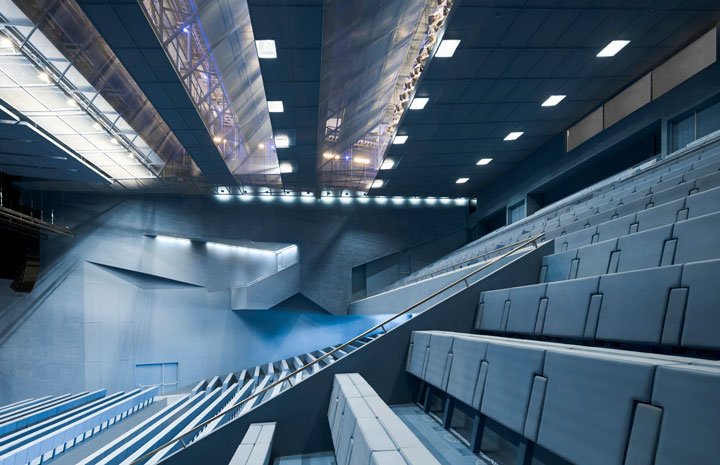 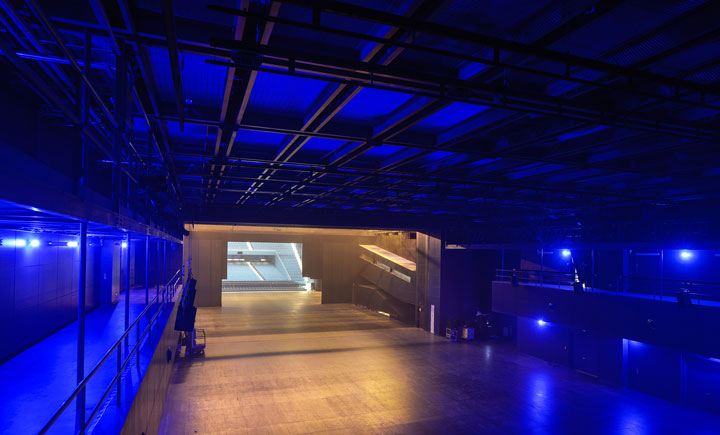 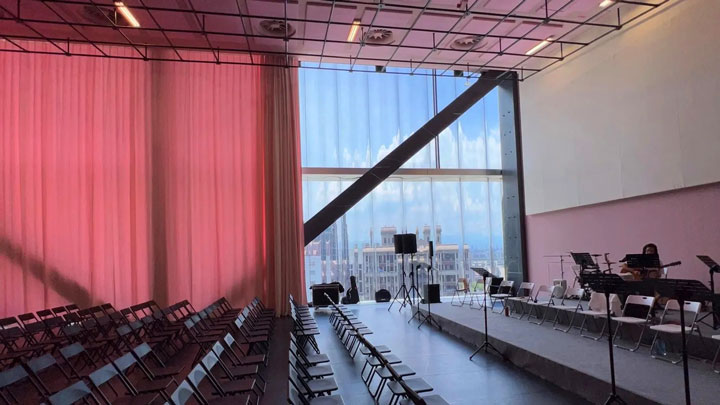 The general public is invited into the theater through a Public Loop, which runs through the theater’s infrastructure and spaces of production that are typically hidden. Portal windows along the Public Loop allow visitors to look at the performances inside and technical spaces in between the theaters. 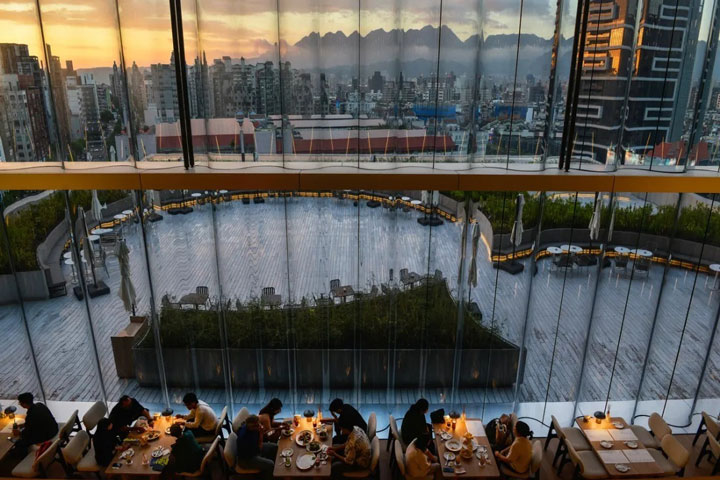 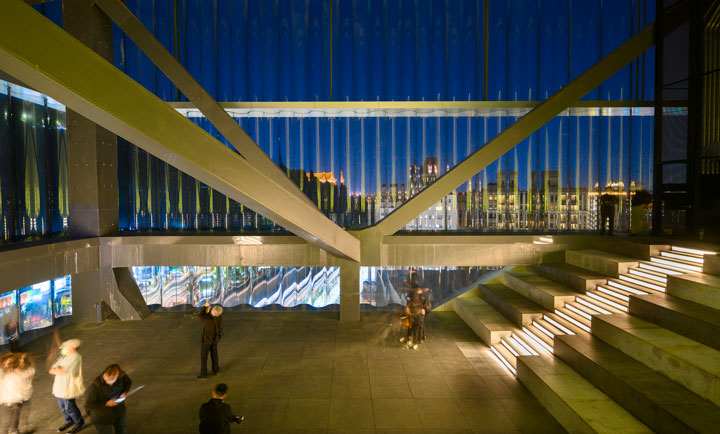 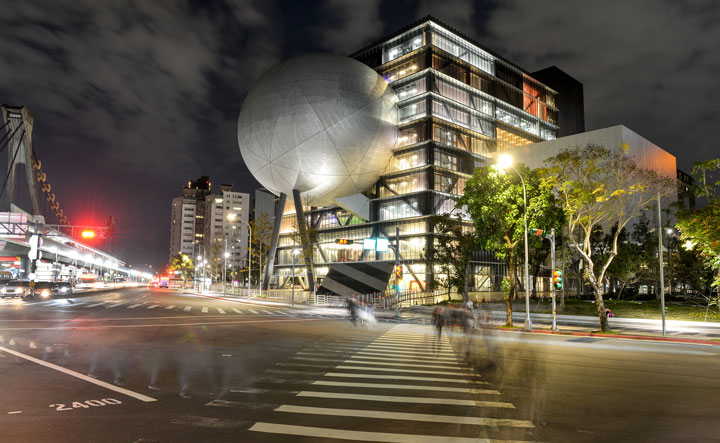 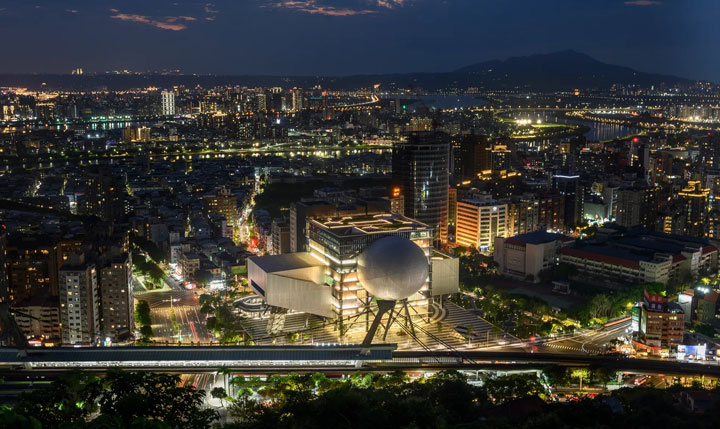