Canadian architect Frank Gehry has revealed visuals of his Forma skyscrapers, which are set to be built in Toronto, Canada, and feature interiors by Paolo Ferrari. The Forma project will comprise two towers, a 308-metre-tall western and a 262-metre-tall eastern tower, which will be the tallest residential towers ever designed by Gehry. Both towers will hold luxury condominiums, as well as an extension campus for the Ontario College of Art and Design (OCAD). 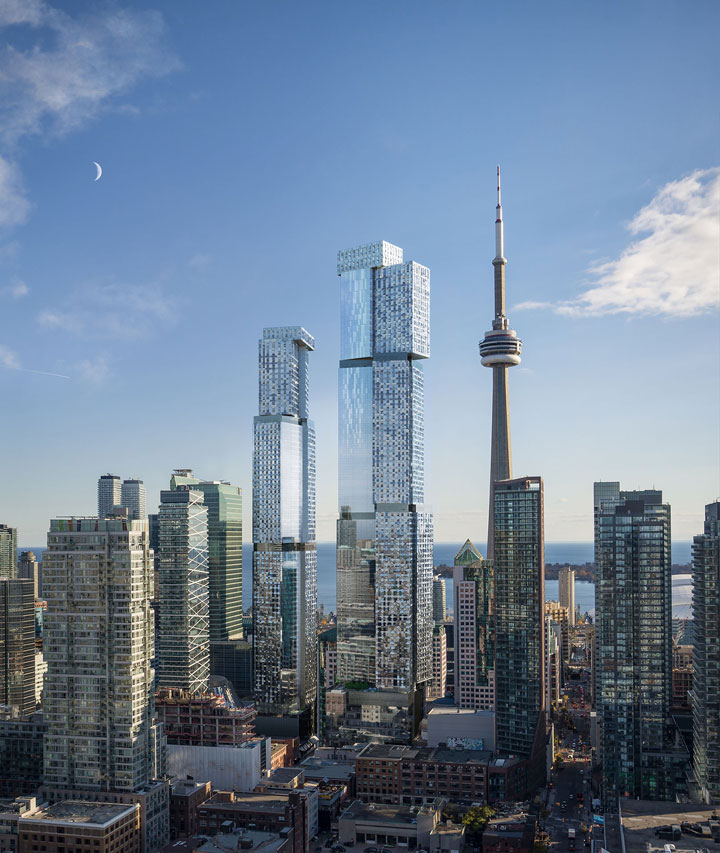 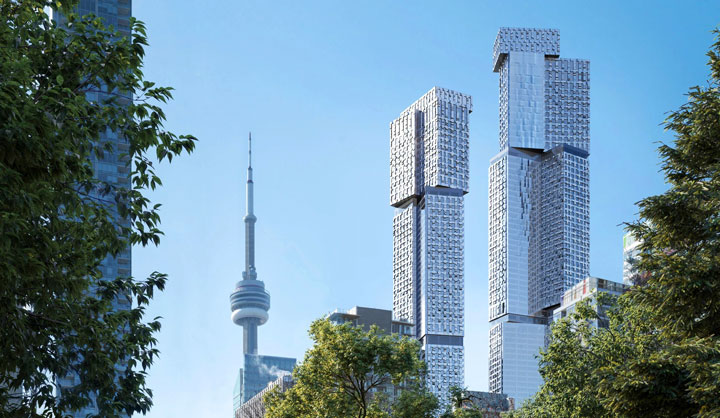 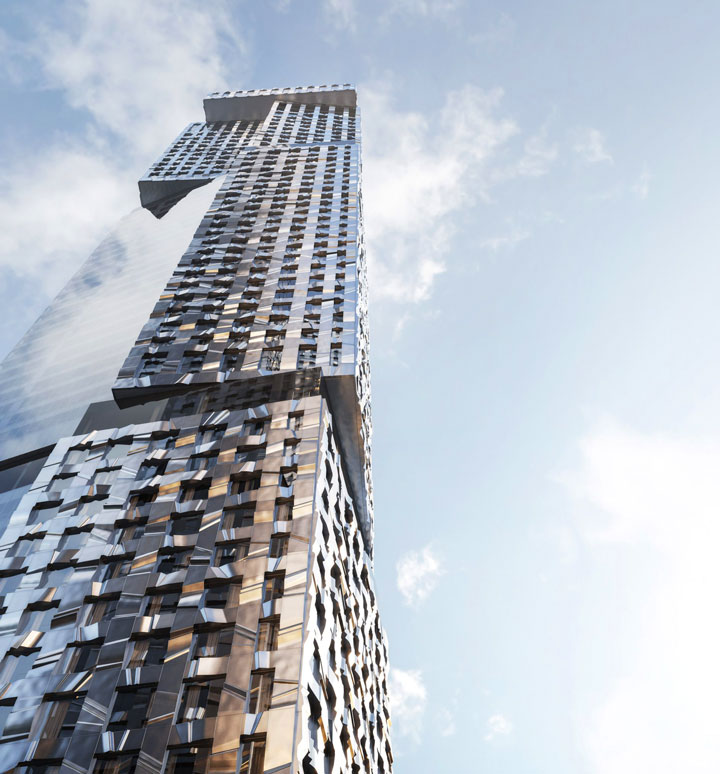 The project has two towers with offset blocks that stack on either side of voids. The voids make each tower appear to have multiple distinct parts. Each tower has two material schemes, creating a juxtaposition that characterizes the towers. Smooth, reflective glass surfaces will be paired with a stainless steel cladding with sculptural folds that makes the facade appear to be rippling. 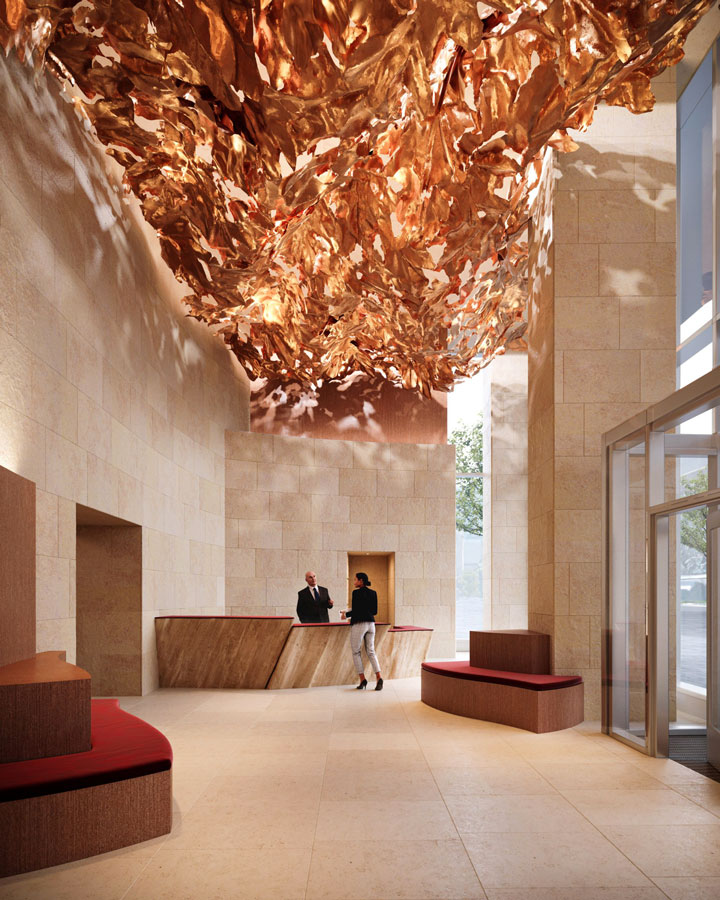 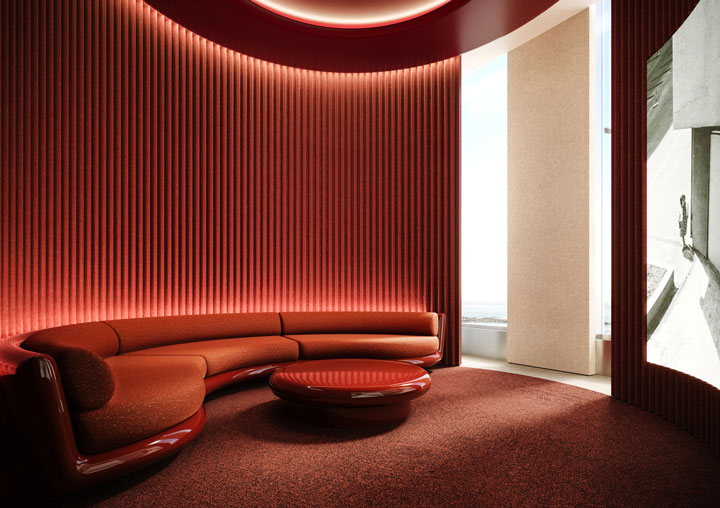 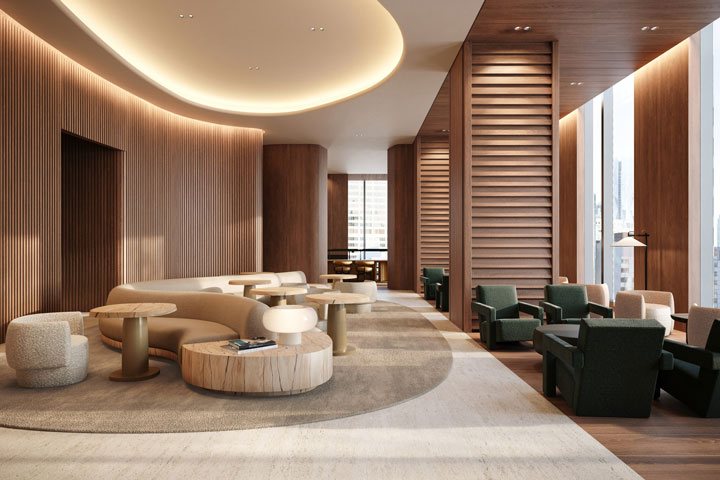 Gehry drew inspiration from The Group of Seven, a collective of Canadian landscape painters, when designing the lobby in the east tower. The lobby has limestone walls with Scandinavian-inflected furniture. The ceiling will be decorated with an installation designed by Gehry's team that features a metallic "shimmering motif of maple leaves." 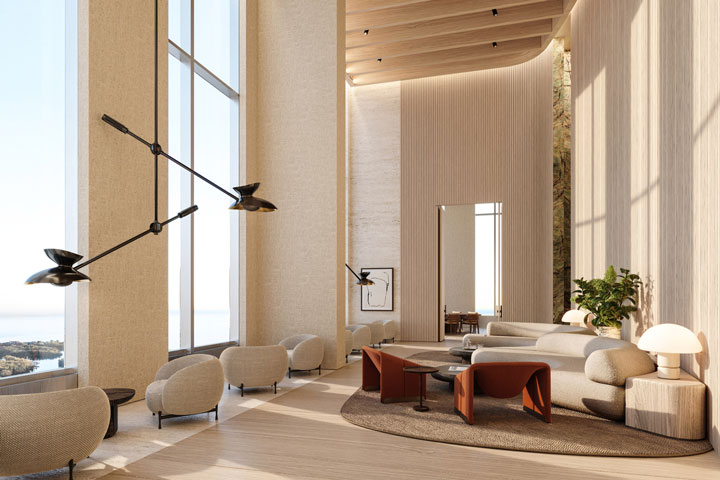 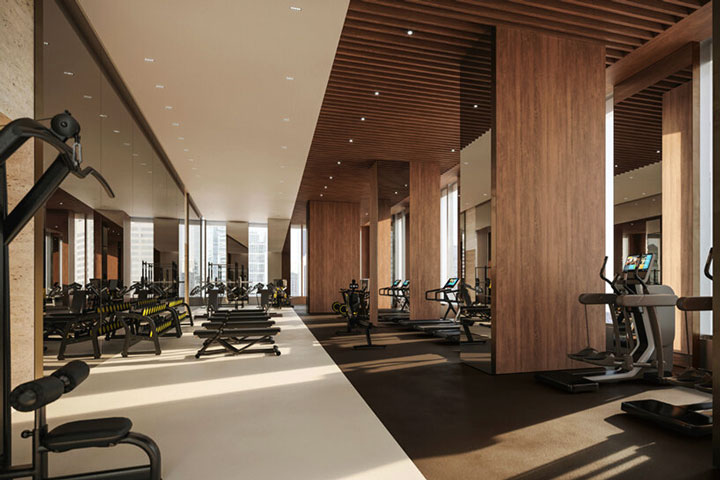 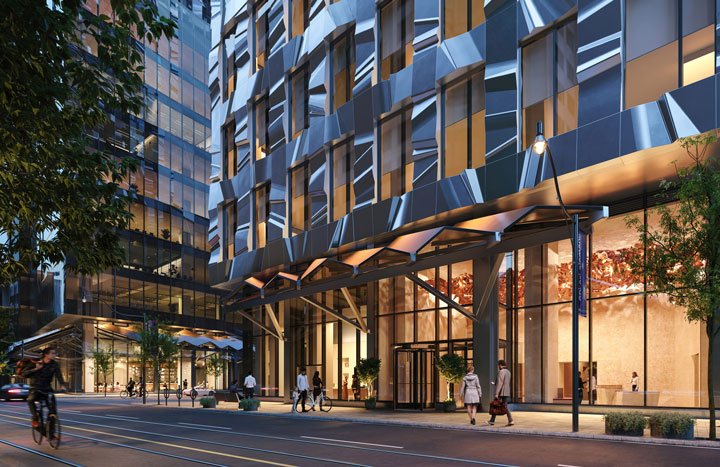 The original design of the towers, announced in 2012, saw three towers, all with slightly different forms. After outrage from locals and city officials, Gehry scaled back the design to two towers in 2014. The project is expected to complete by 2028. 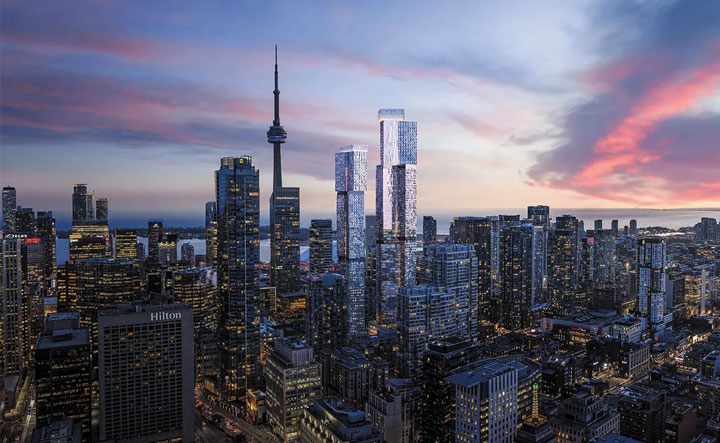