SOM has unveiled the design for Burj Jumeira, an aerodynamic, 550-meter tower located in the popular Jumeirah neighborhood of Dubai. The skyscraper will be one of the tallest buildings in the world. The first phase of the project will be completed in 2023. The tower will be the centerpiece of a vast development known as Downtown Jumeira: a highly walkable, mixed-use community that will include residential, commercial, and hospitality functions. 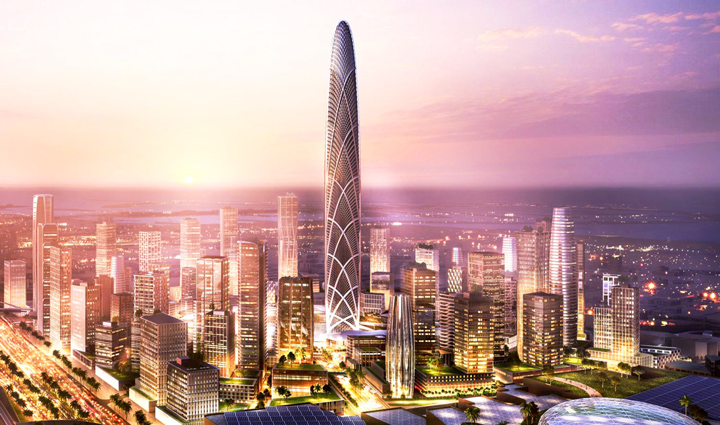 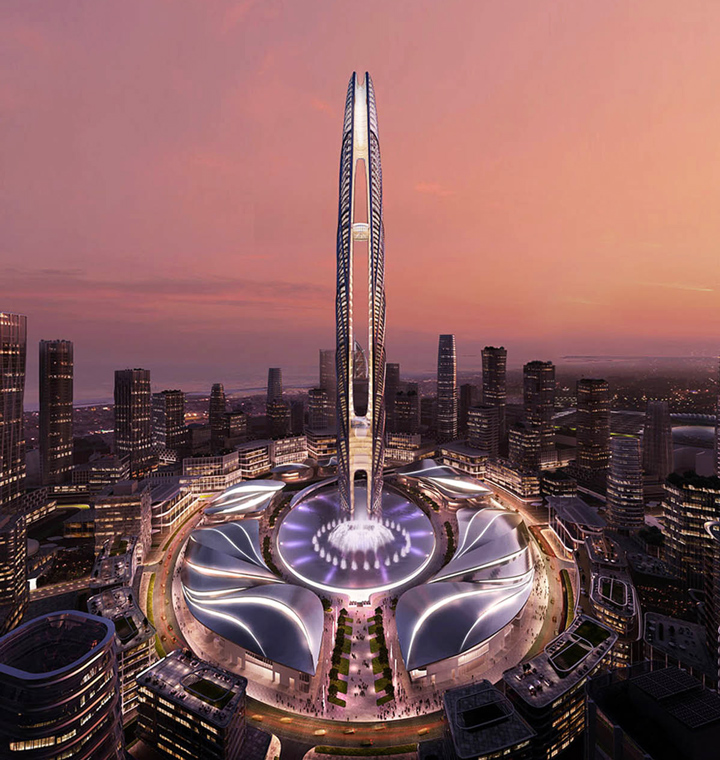 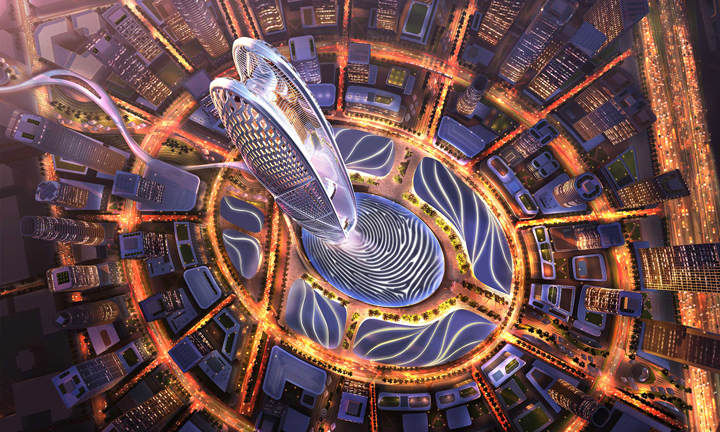 The geometry of the exterior bracing is optimized to strengthen the tower against lateral forces and the building’s form aerodynamically mitigates the wind loads. A panelized metal facade system seamlessly blends into the structural system, and the central void creates the space for Burj Jumeira’s panoramic views. The tower’s flowing design emulates the regional dunes and oases of the United Arab Emirates, while its spherical observation deck is evocative of the native gulf pearl. 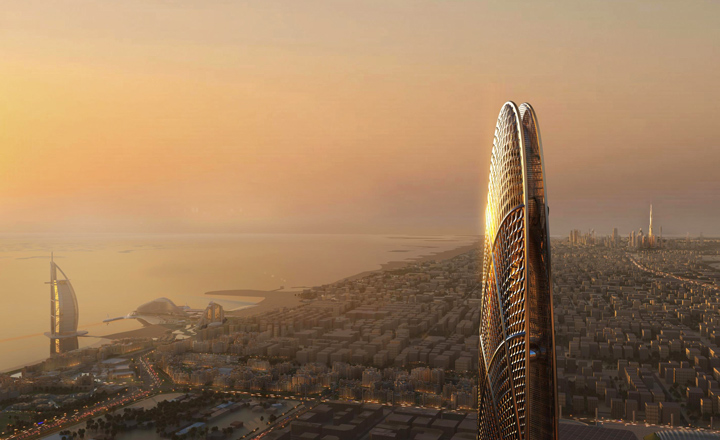 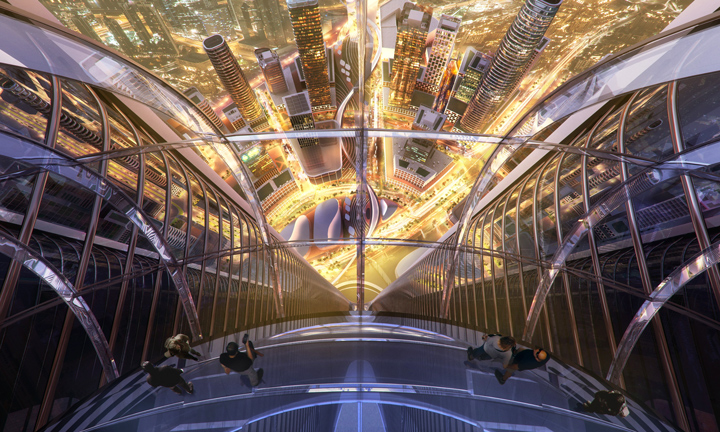 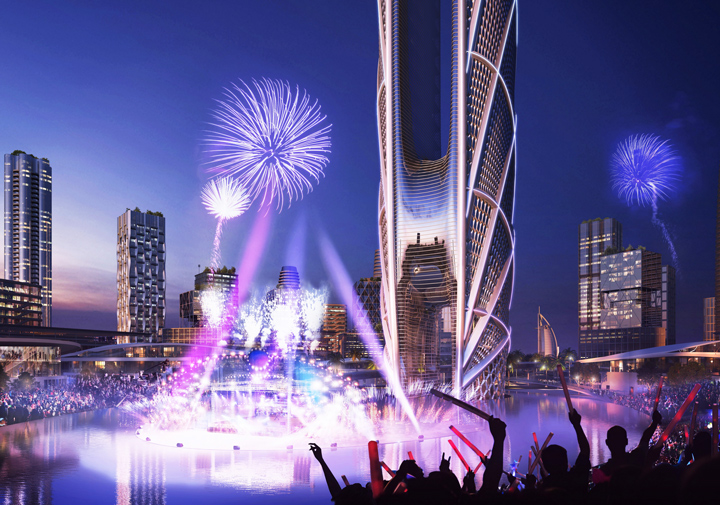 The tower’s façade is to be covered in digital displays that can be utilized for various occasions and celebrations, with a 450-meter-high sky lounge and sky restaurant complete with interactive surfaces. The tower will also contain multiple observation decks with digital displays giving visitors 360-degree panoramic views of Dubai. There is a reflecting fingerprint pool at the base of the tower, which will provide a premier space to host cultural events. 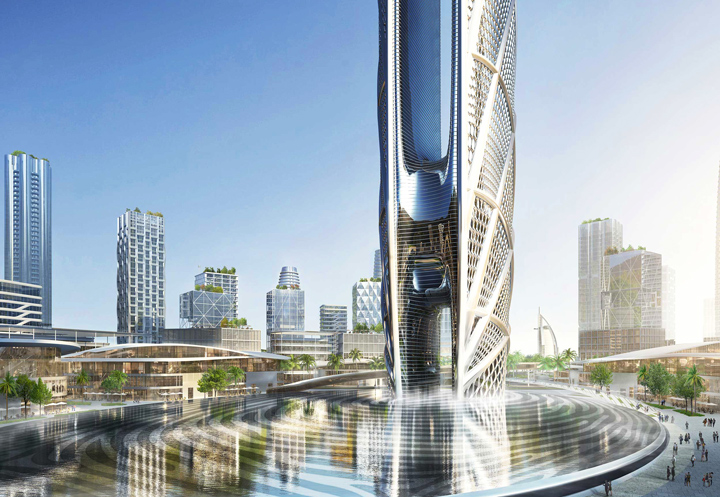 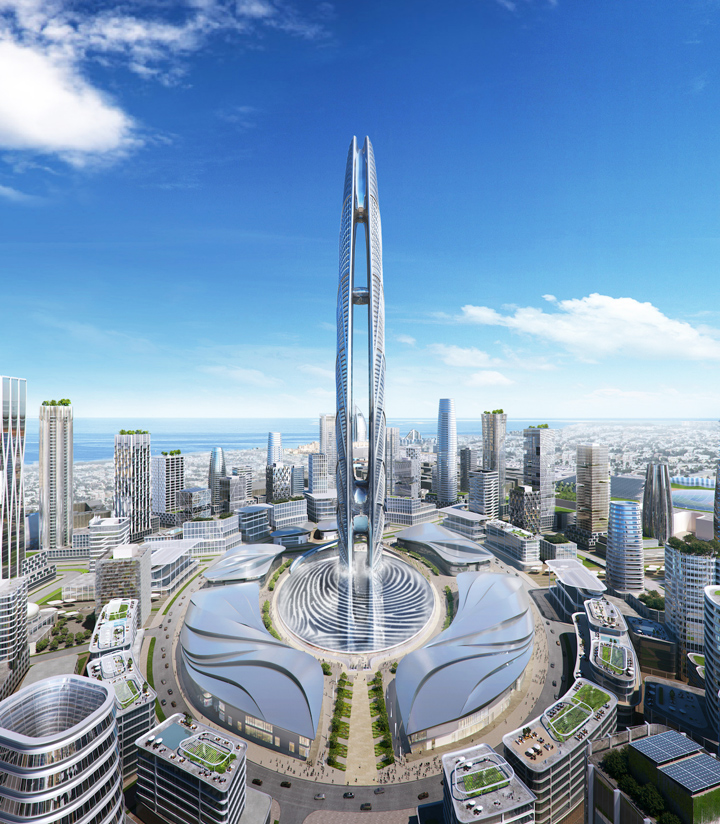 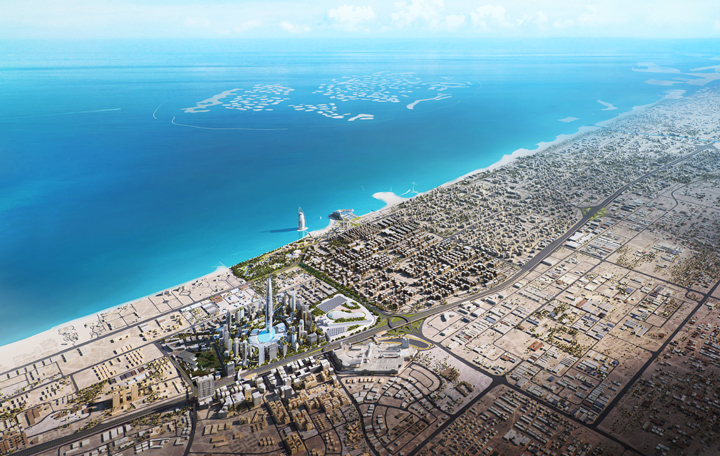